I've always loved Japanese maples.  Even in my former, tiny garden, I had two of them.  So, although the climate of my current garden is hotter, drier, and far less shady, I had to have some here as well.  I currently have 3, of which Acer palmatum 'Sango Kaku,' also known as the coral bark maple, is my favorite.  I brought it home in 2011 with only the vaguest idea where to put it.  It ended up planted in a bed alongside our garage, facing the vegetable garden, where it has done surprisingly well thus far. 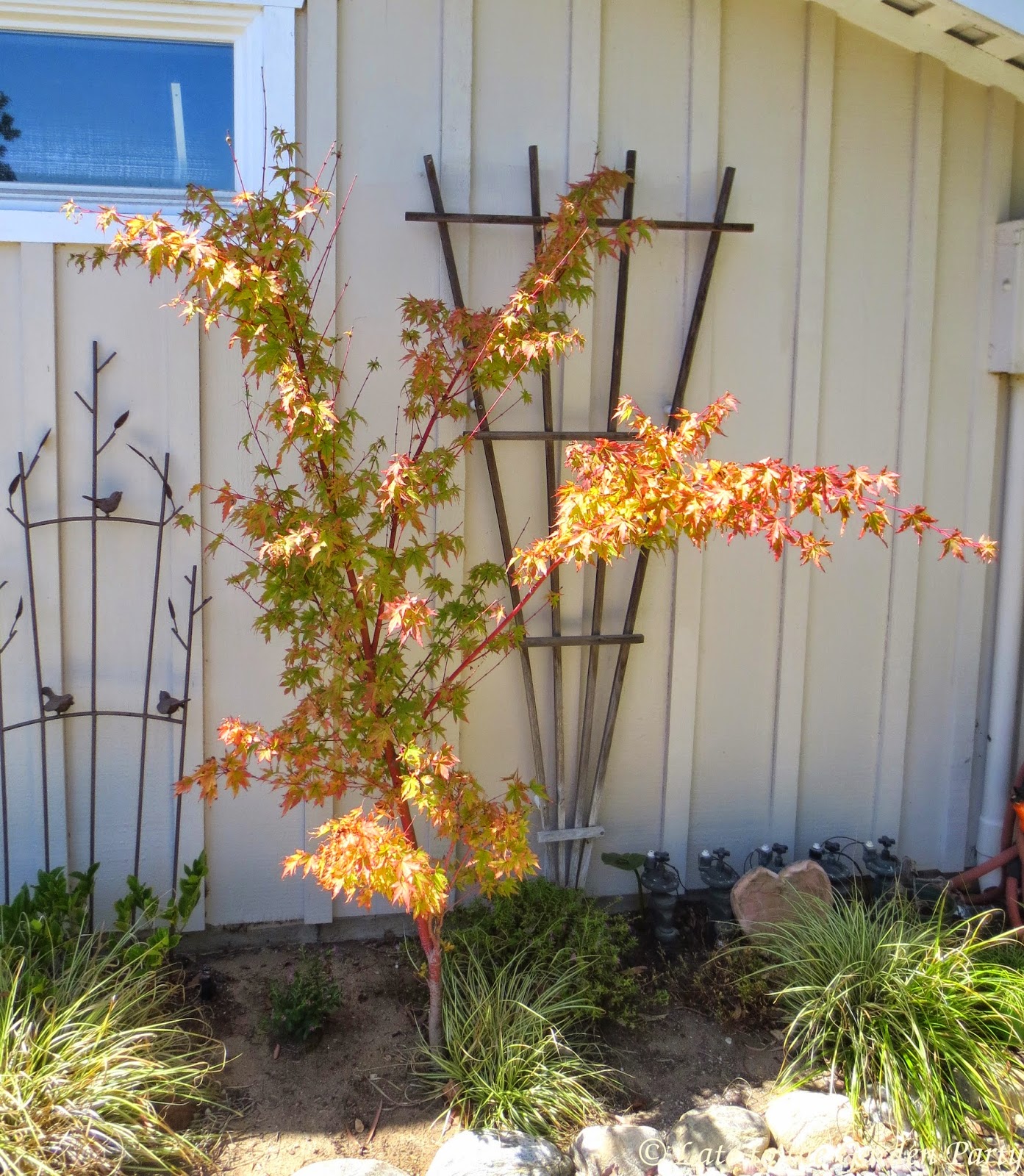 As you can see, 'Sango Kaku' is already sporting its autumn colors, and has been for perhaps a month already.  In May, it was mostly green but still flaunting its trademark coral trunk and stems. 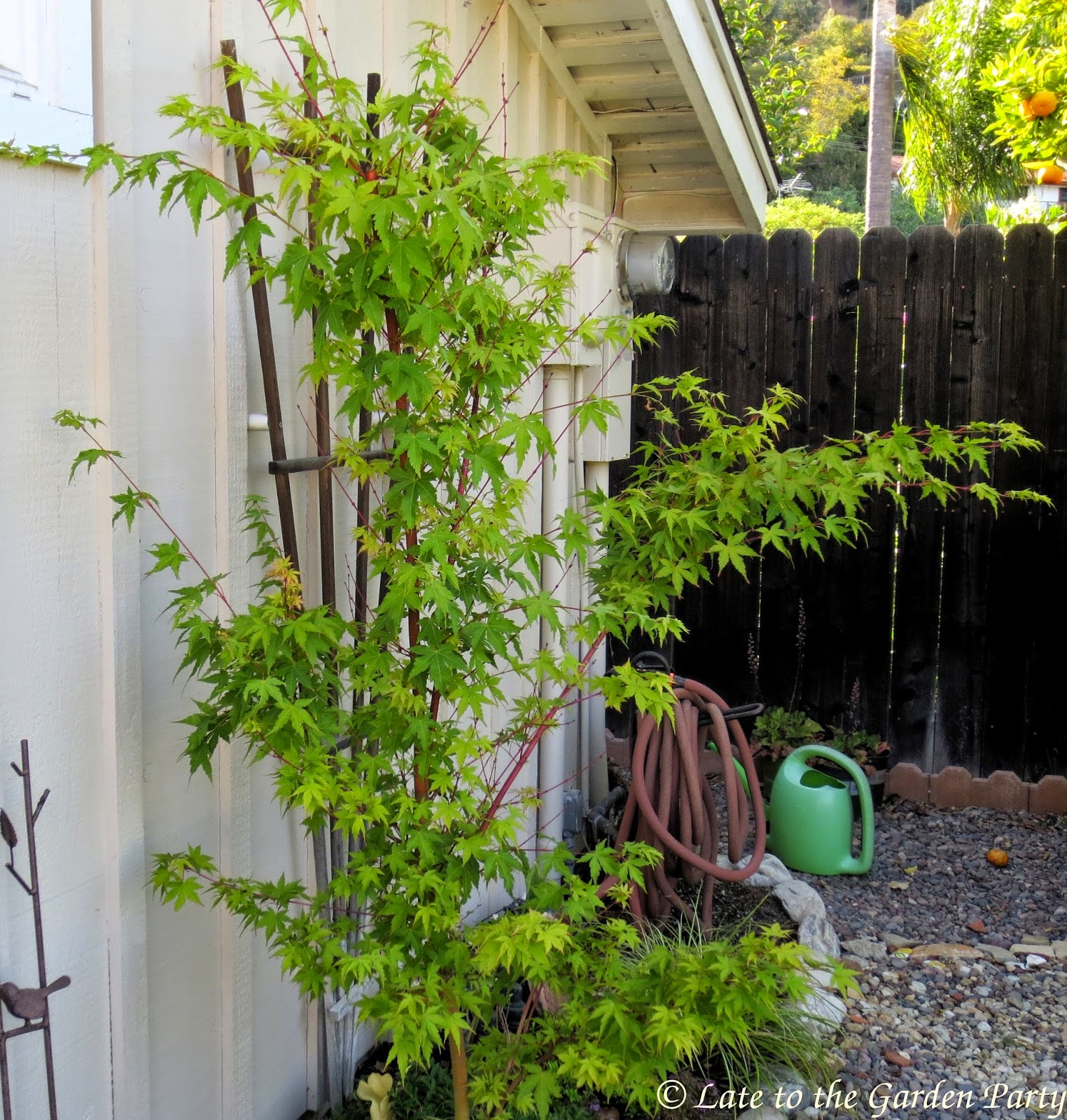 In its current spot, it gets morning sun and afternoon shade, which may account for its healthy appearance.  In my experience, Japanese maples here do best with some shade.  This one had shown little in the way of tip and leaf burn, although I've read that those problems may become less prevalent as the tree matures. 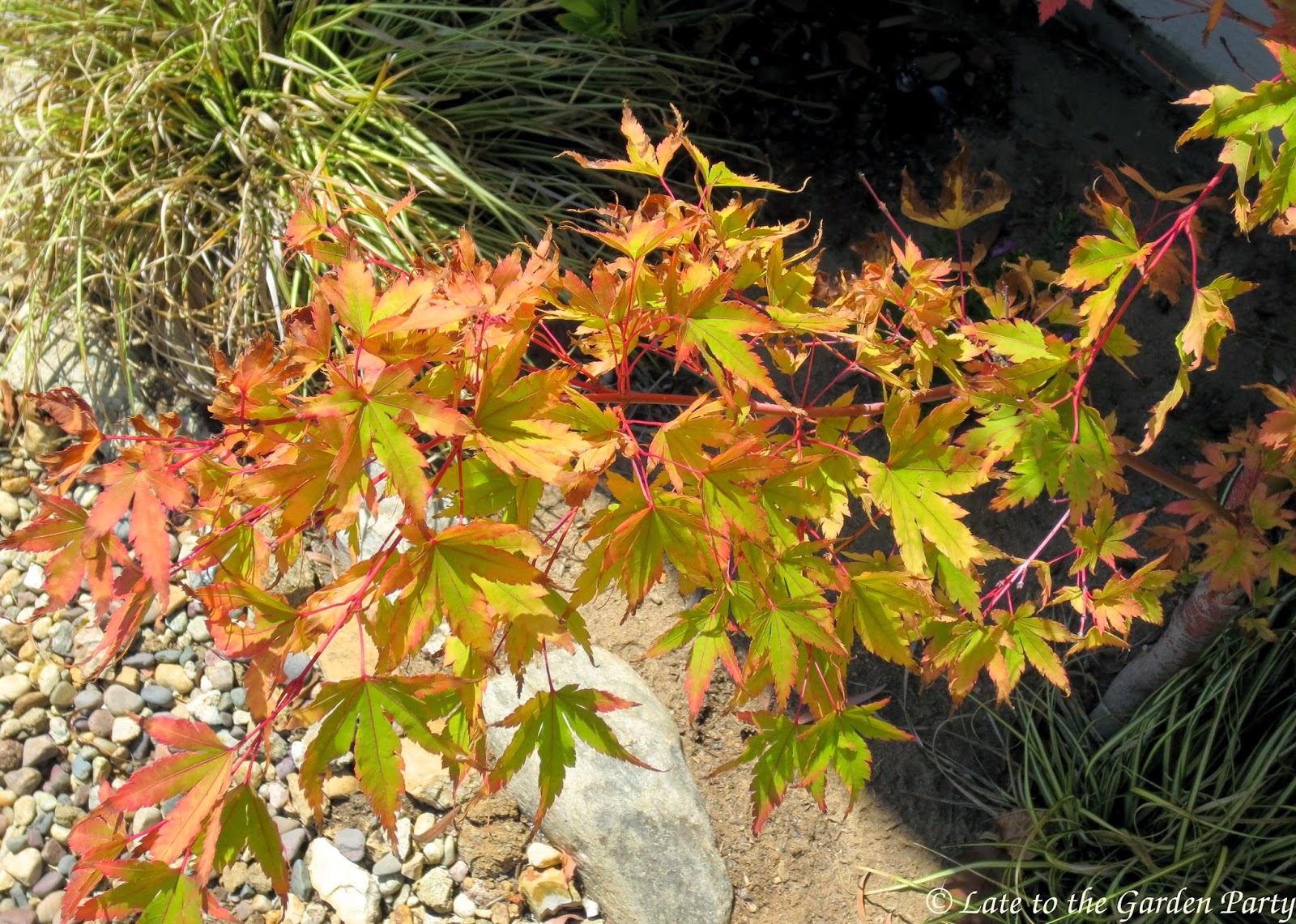 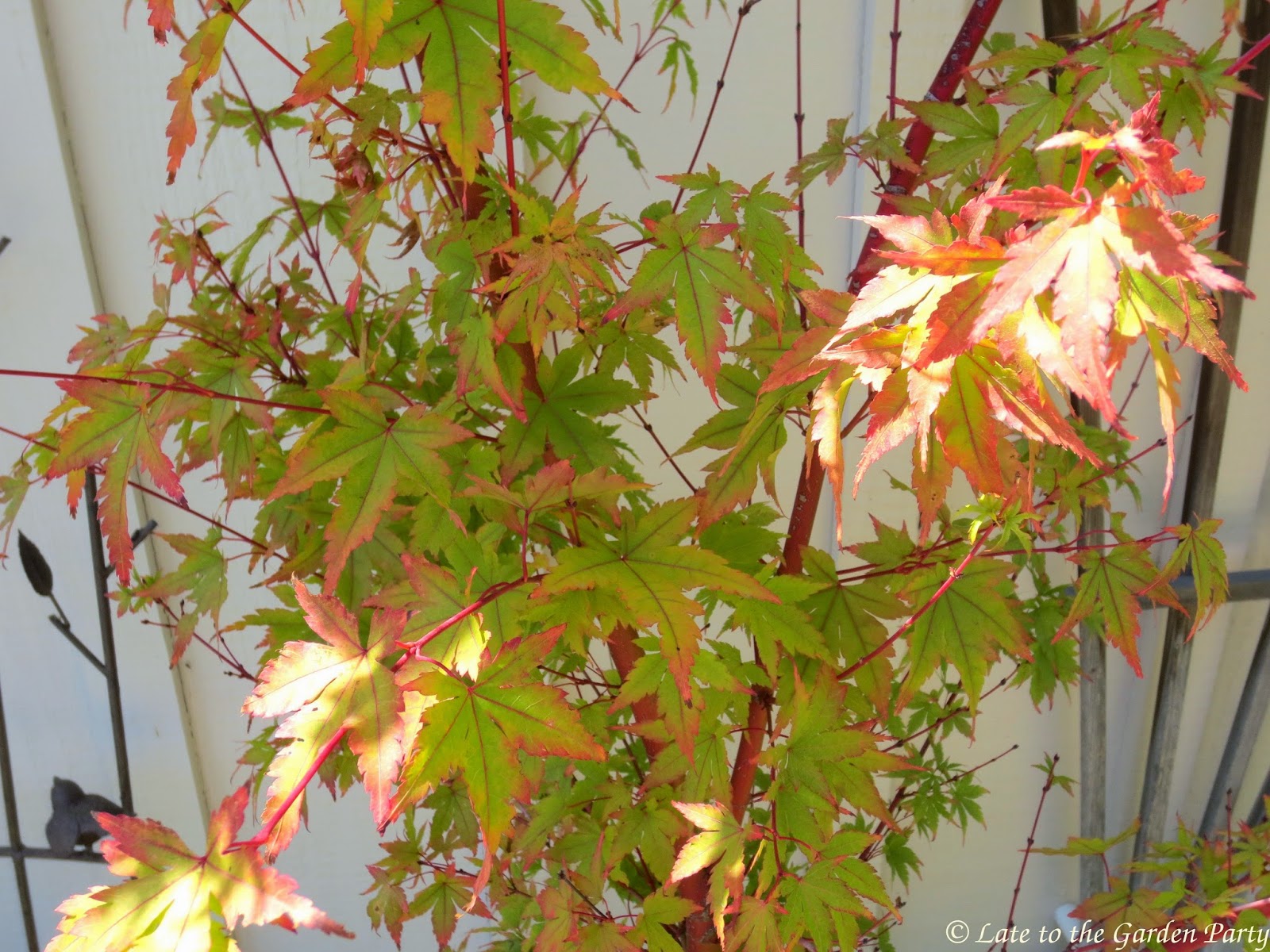 In contrast, my poor A. 'Purple Ghost' is a stick, with only a tenuous hold on life.  I placed it on the southeast side of our property, where it was blasted by sun during the hottest time of the day; buffeted by Santa Ana winds when they blew; and pestered by raccoons burrowing at its base in search of grubs.  I've moved 'Purple Ghost' to a spot alongside 'Sango Kaku' in the hope that it will soon achieve the same level of health.

Acer palmatum 'Sango Kaku' is my favorite plant this week.  It provides a bright spot in my vegetable garden even when most everything else looks dreadful and it provides me a touch of autumn color, which is hard to come by in Southern California.

Please visit Loree at danger garden to find her favorite plant selection and those of other gardeners.