In a Vase on Monday: Keeping it Simple

Please pardon the interruption for a brief weather report: We got rain this morning!!!  I awoke to the sound of water and immediately thought that something had gone wrong with our irrigation system.  We had a chance of rain predicted as fall-out from Hurricane Norbert off the coast of Mexico but such predictions seldom come to anything.  Well, this time, it wasn't a break in the sprinkler system but real, honest to goodness rain.


My rain gauge says we received 1/4th of an inch (6.35 mm) but that was enough to fill my rain barrel.  (I clearly need more of those.)  It has stopped now but the skies are still gray so maybe we'll get more.

On to the topic of the morning: flowers.  I bought over a dozen Rudbeckia a few weeks ago, the majority of which were R. 'Cherry Brandy,' a variety I've successfully grown before.  When I saw that my New Zealand tea tree (Leptospermum scoparium) had started to bloom, I decided they would make a perfect pairing in this week's vase. 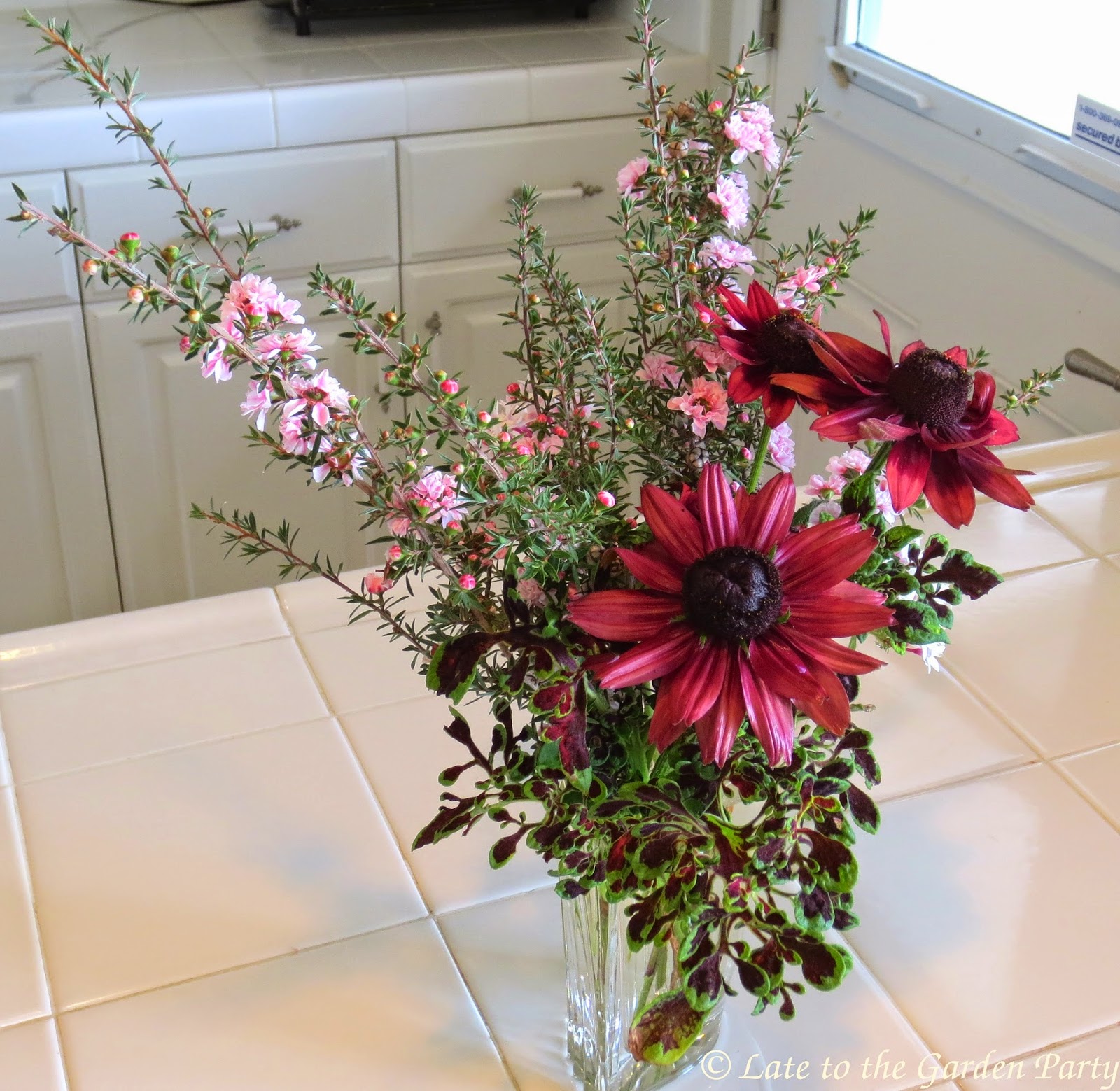 Although I considered many foliage plants that could complement the two, including Persicaria 'Red Dragon,' Pseuderanthemum 'Texas Tri-star' (which I used last week), and Prostanthera ovalifolia (mint bush), I decided to make do with coleus (Solenostemon scuttelarioides).  I'd intended to leave the vase alone with just those 3 elements but, when trying to remember if the Leptospermum scoparium was 'Apple Blossom' (it's not), it occurred to me at the last moment to add my favorite Pentas to the mix.


Here are some close-up photos so you can appreciate each of these plants:

The vase was placed in the foyer. 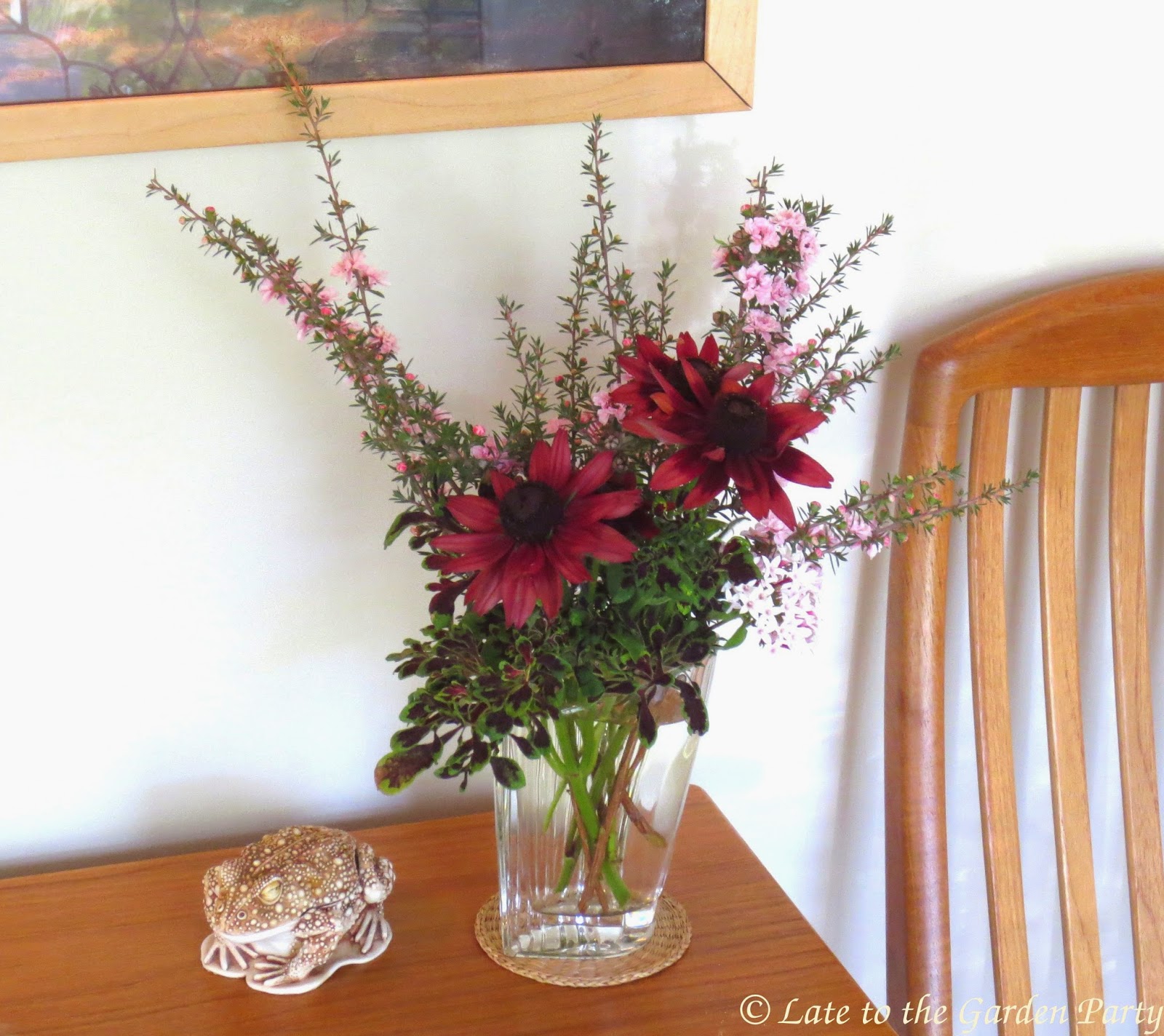 Last week's vase held up well.  After pulling out the foliage, I put the remaining flowers in a smaller vase and stuck it in my home office so I can enjoy it for awhile yet.


Please visit Cathy at Rambling in the Garden, the host of the "In a Vase on Monday" meme to see what she and other gardeners have put together this week.

Posted by Kris Peterson at 9:50 AM