In January, I wrote a post about a few projects my husband and I'd undertaken, including the removal of the wood-fired snorkel spa in the backyard.  Lacking a clear vision for the area, I filled it with cast-offs from other areas of the garden and impulse purchases.  It never came together and earlier this summer I lost its central element, the mountain pepper (Driyms lanceolata), probably due to a combination of transplant shock and inadequate water.  As I'd added Melianthus major to the bed in April, after picking it up the local botanic garden's spring sale, I decided to rely on other Australian plants for the rest of the bed.  My first "fall" planting purchase, Grevillea 'Ned Kelly,' and the established Arbutus 'Marina' adjoining the space set the red(dish) and yellow color scheme.  I'm still tweaking it but the largest elements are in place. 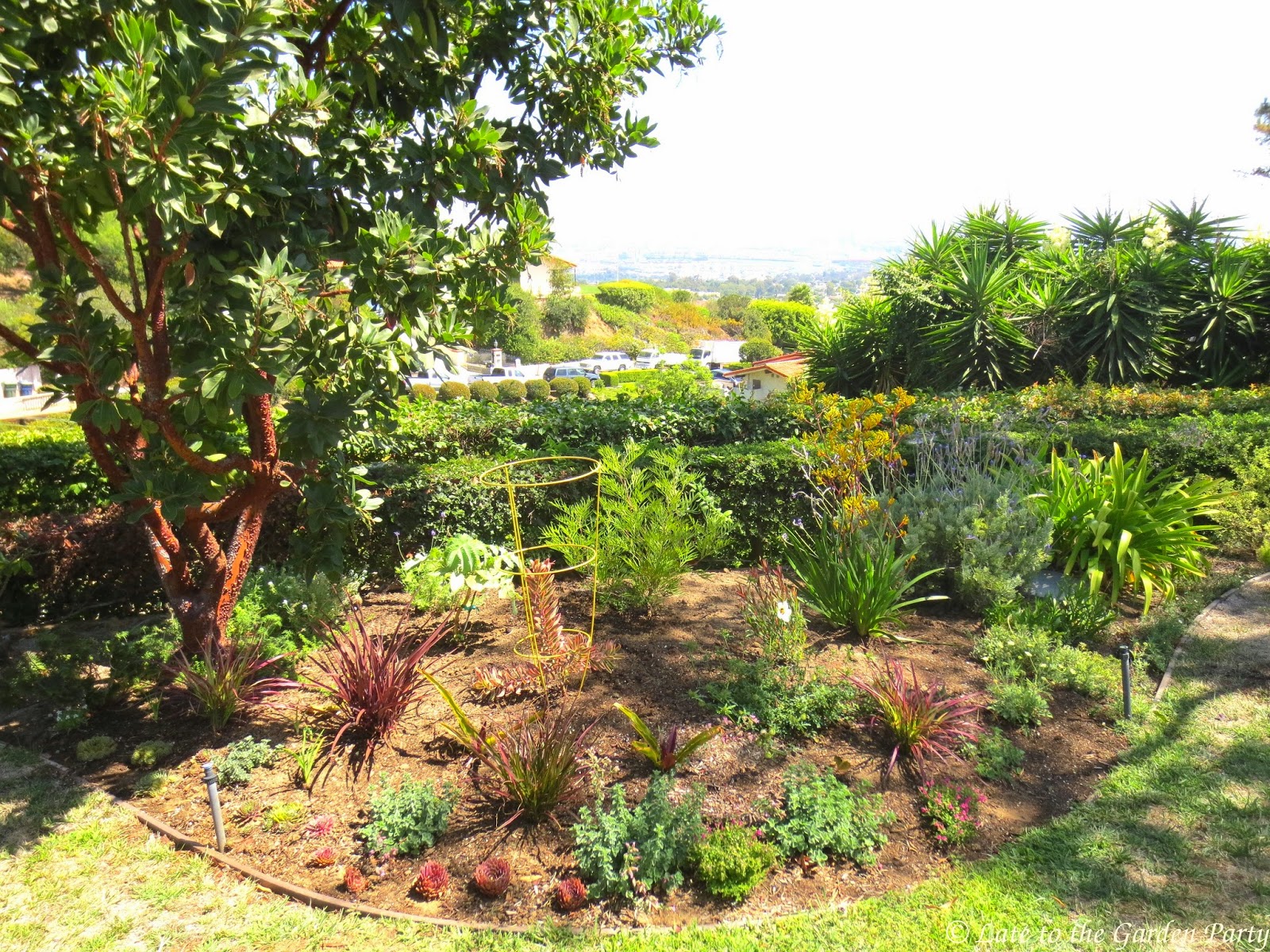 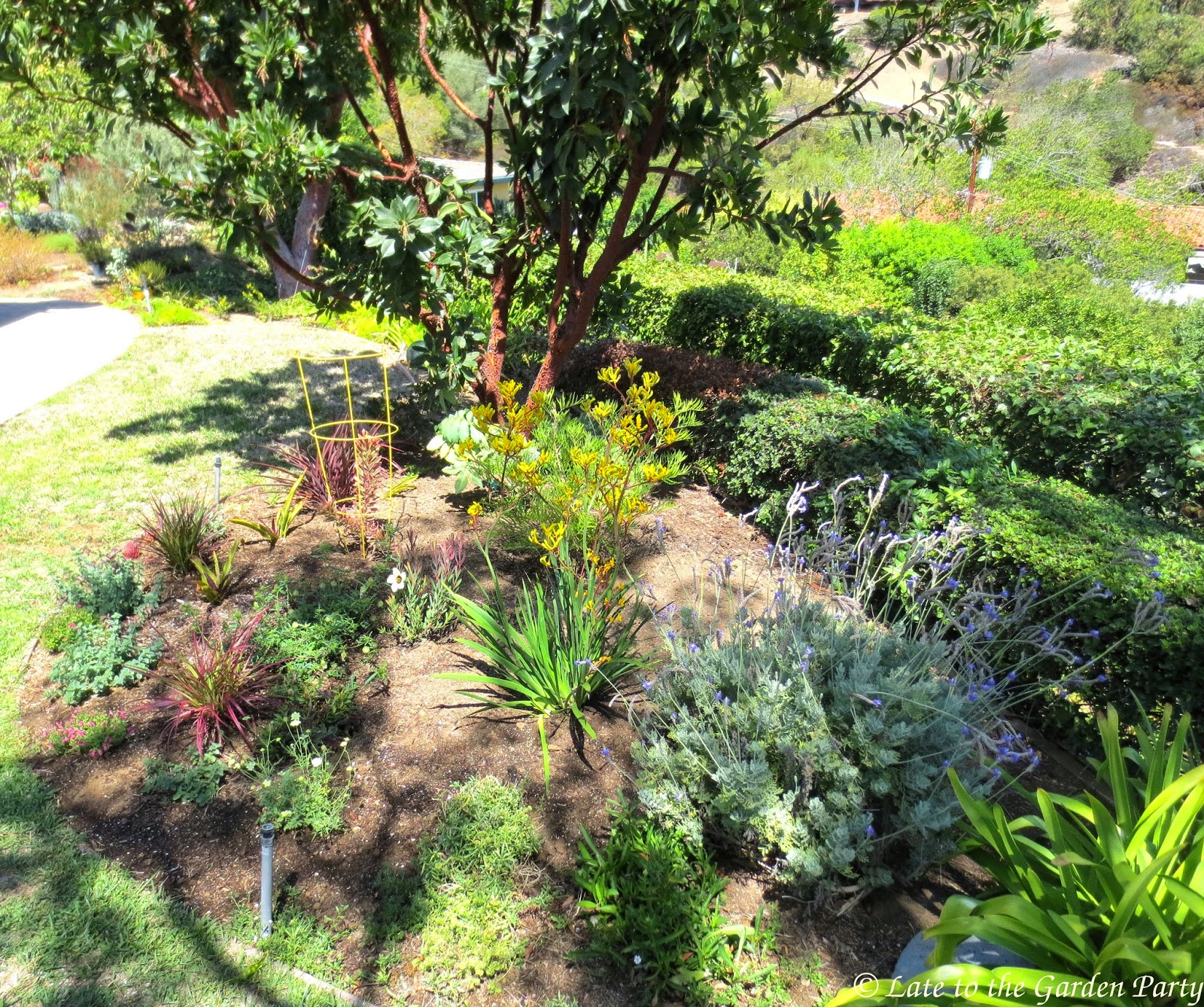 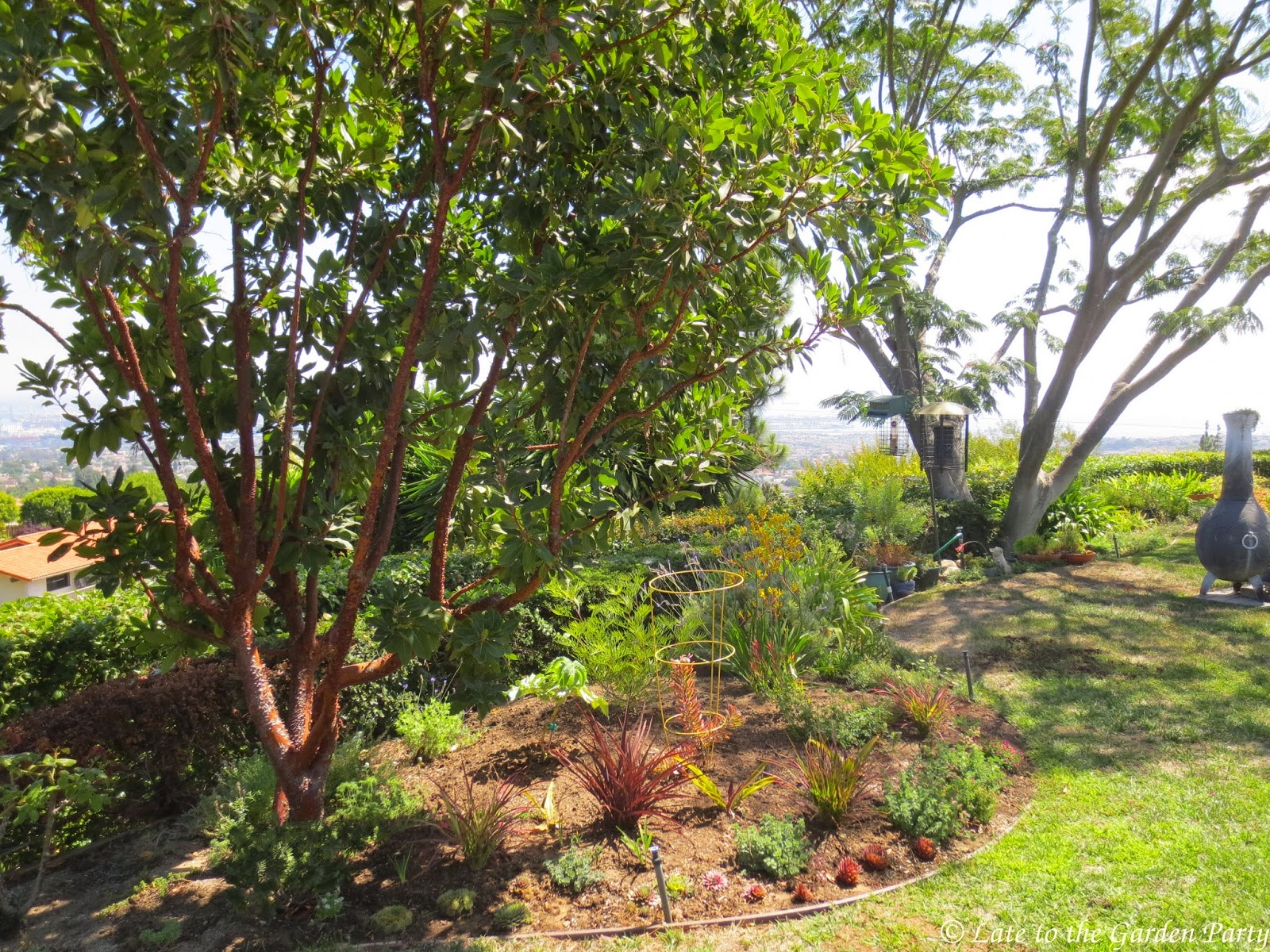 The main elements include:


I'll probably add some of the burgundy-flowered Hemerocallis 'Spanish Harlem' I'm pulling out of the front yard borders and more succulents.  The ornamental oregano and pineapple flowers may be moved to other areas but, for now, I'm leaving them in place.

The bed formerly occupied by our Eucalyptus tree is the next candidate for a facelift.