In a Vase on Monday: Summer Reruns

Today is Labor Day, officially a date to observe the advances made by workers or, more specifically, the achievements of labor unions on behalf of workers.  For most people here in the US, the date is more closely associated with the end of summer than with the labor union movement, which I personally find sad.  But that's not a topic for this blog or this post, which celebrates bouquets assembled from what's available in the garden.  In my garden, some of the flowers that bloomed earlier this summer have produced a fresh flush of blooms, including the beautiful Eustoma grandiflorum 'Borealis Blue,' which I've used as the centerpiece of this week's vase. 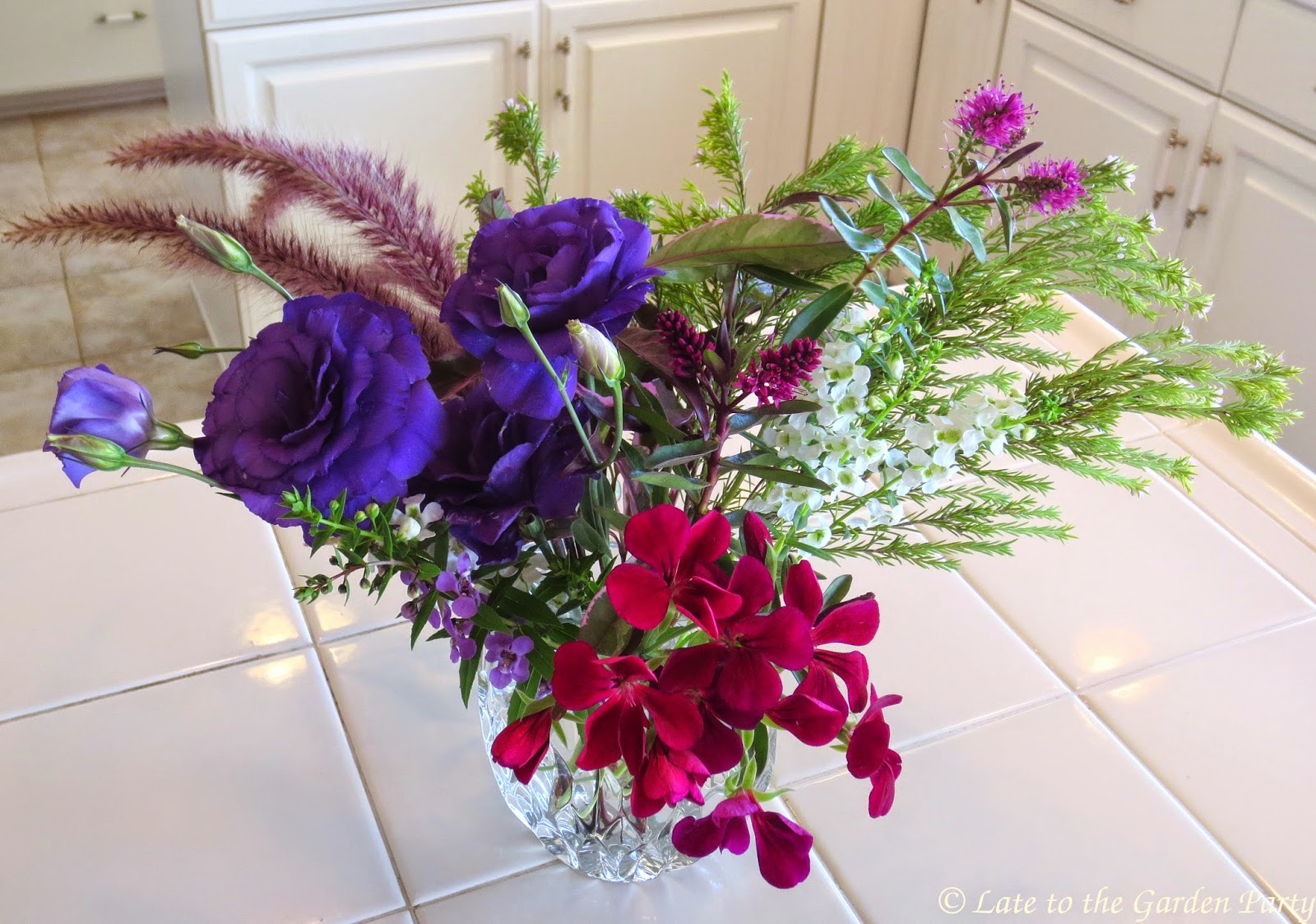 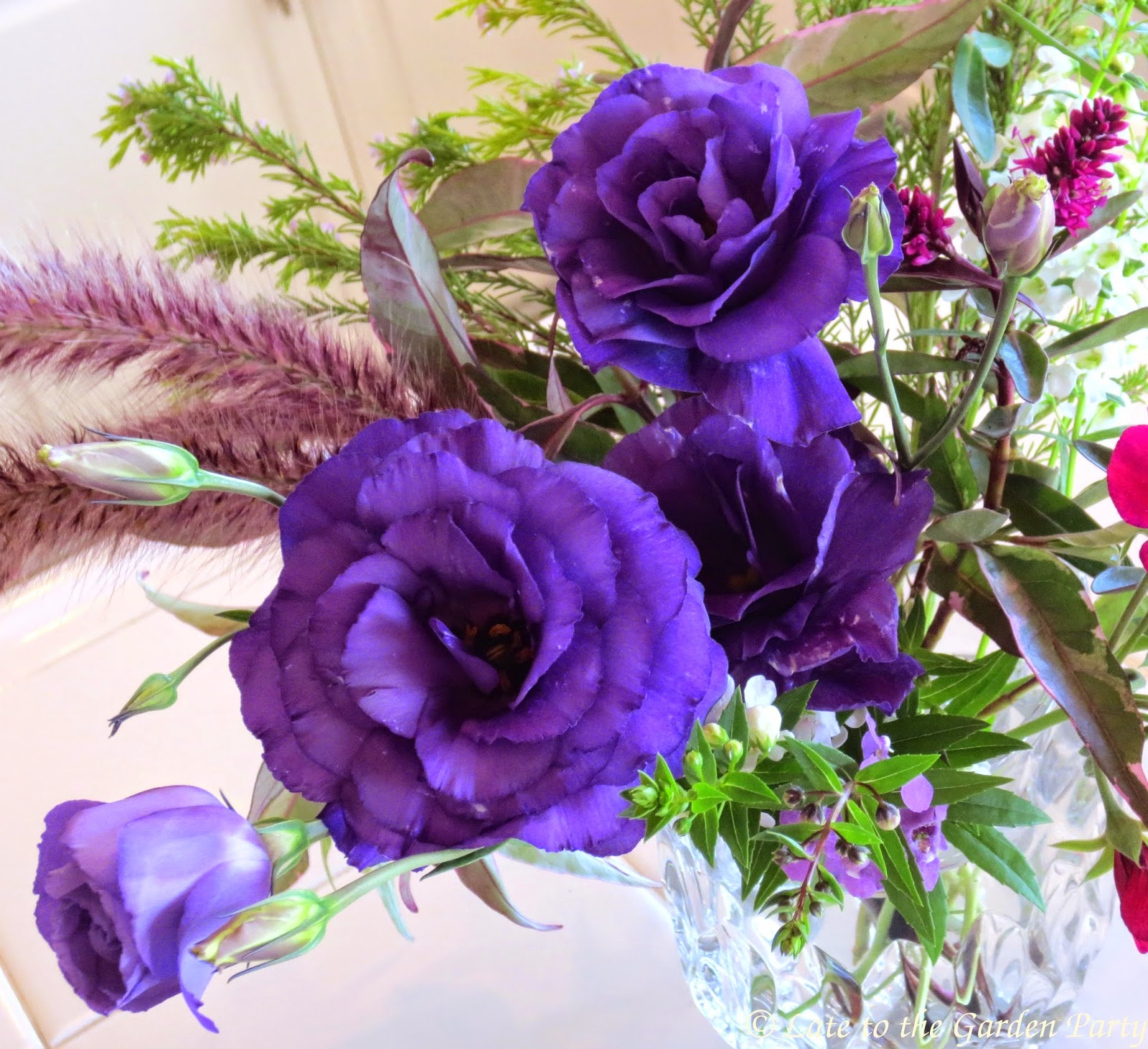 I've combined the Eustoma (aka Lisianthus) with other summer reruns, some of which are also enjoying a new flush of blooms:

The vase I selected this week didn't keep the blooms in place, even after an inordinate amount of fussing, so I used a rubber band to tie the heavier stems together.  I placed the Pelargonium and Angelonia stems in separately so I can remove them easily when they tucker out.  I've previously discovered that the Pelargonium petals fall apart after a few days in a vase.

As usual, I ended up with a vase of leftover elements.  The stems of these materials were either too stiff or too short to work in the larger vase.

The vases are in position.

I hope you have a great day, however you're spending this Monday.  Please visit Cathy at Rambling in the Garden to see her vase and to find links to the creations of other gardeners.

Posted by Kris Peterson at 8:32 AM