I have a few orchid plants of different types sitting alongside the window in my home office.  They bloom sporadically despite receiving little attention.  I usually water them when I dust my office (i.e. haphazardly and not nearly often enough).  One plant, a gift from a friend following my mother's death last year, recently burst into bloom.  Its yellow flowers and soft, sweet scent provide a welcome greeting every morning. 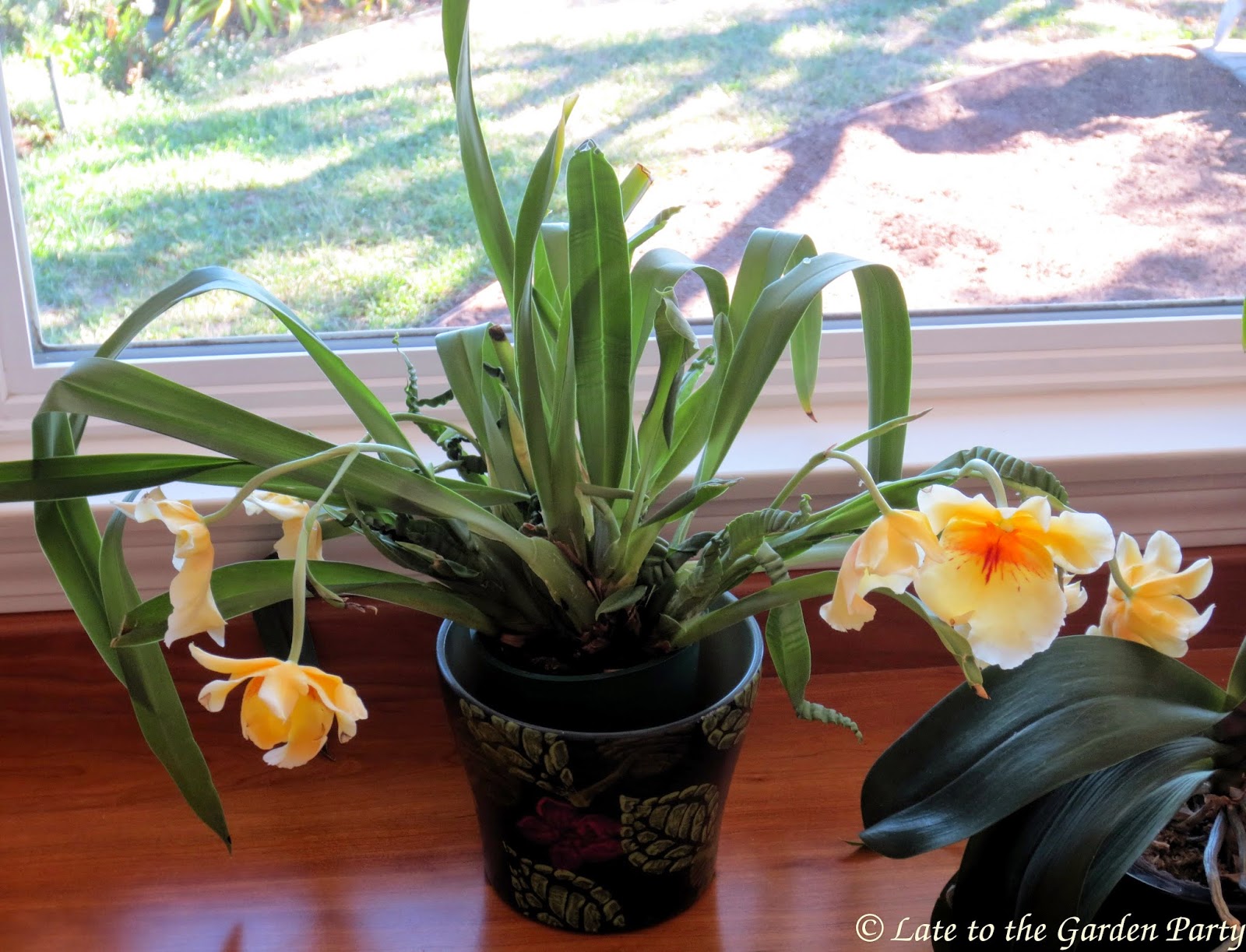 The orchid's most unusual feature may not be immediately noticeable.  It's not the pretty flowers. 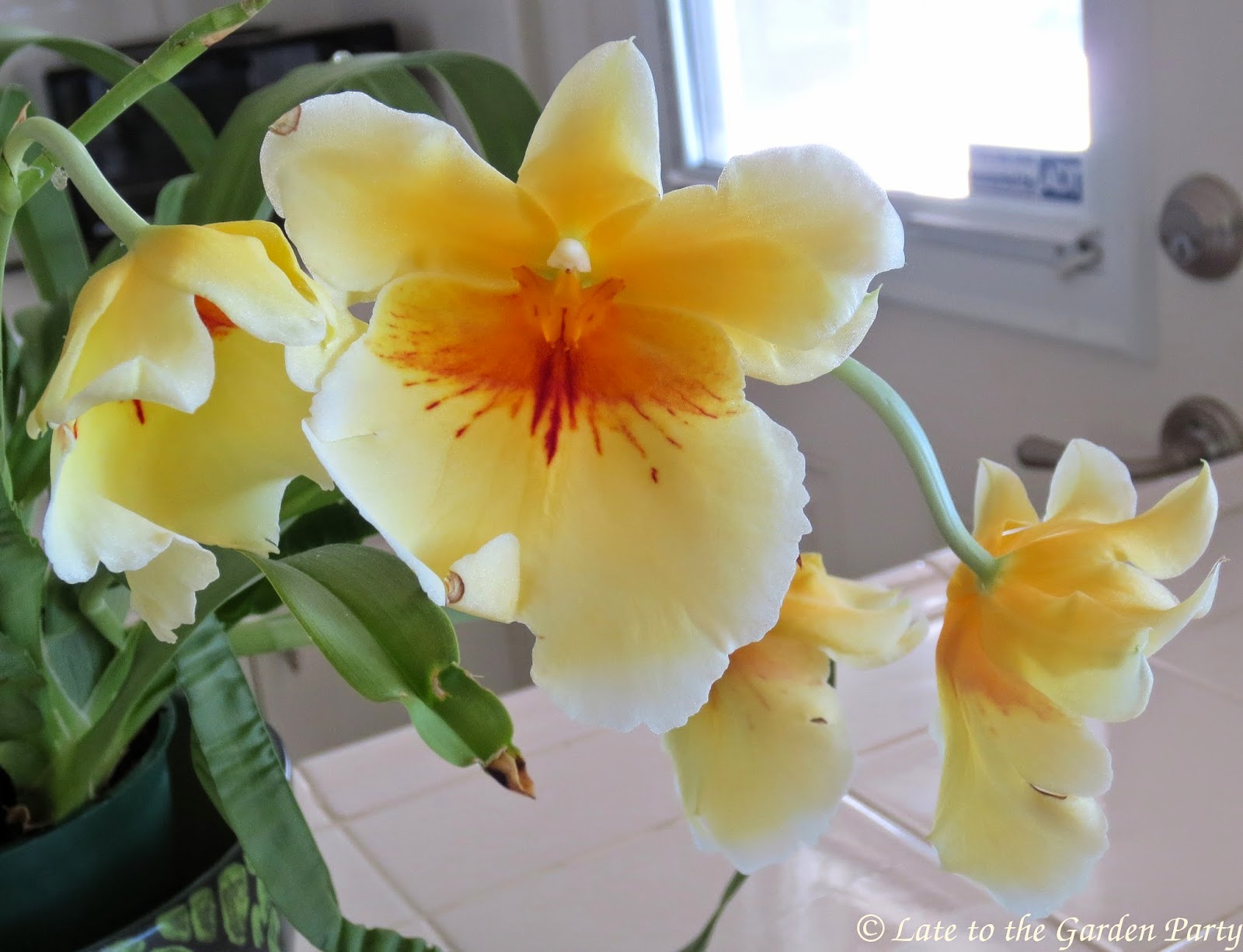 I'd assumed the accordion-pleated leaves were a normal characteristic of the plant.   The orchid came without a label and, when I first noticed the funky leaves, I couldn't remember what the flowers looked like so I was at a loss to identify the genus.  When the flower buds finally opened, I realized that the orchid is some variety of Miltonia.  When I conducted an on-line search regarding pleated leaves on a Miltonia, I discovered a shameful fact: I've been guilty of orchid abuse.  The Miltonia's leaves aren't supposed to start out crimped.  This occurs as a result of dehydration.  Experts recommend watering twice a week, raised humidity, and regular fertilizer.

I repotted my orchid in a slightly larger pot with new orchid bark, added a pebble tray to increase humidity, and have increased my watering schedule.  This apparently won't help the pleated leaves - that damage is said to be irreversible.  But future leaves should be fine. 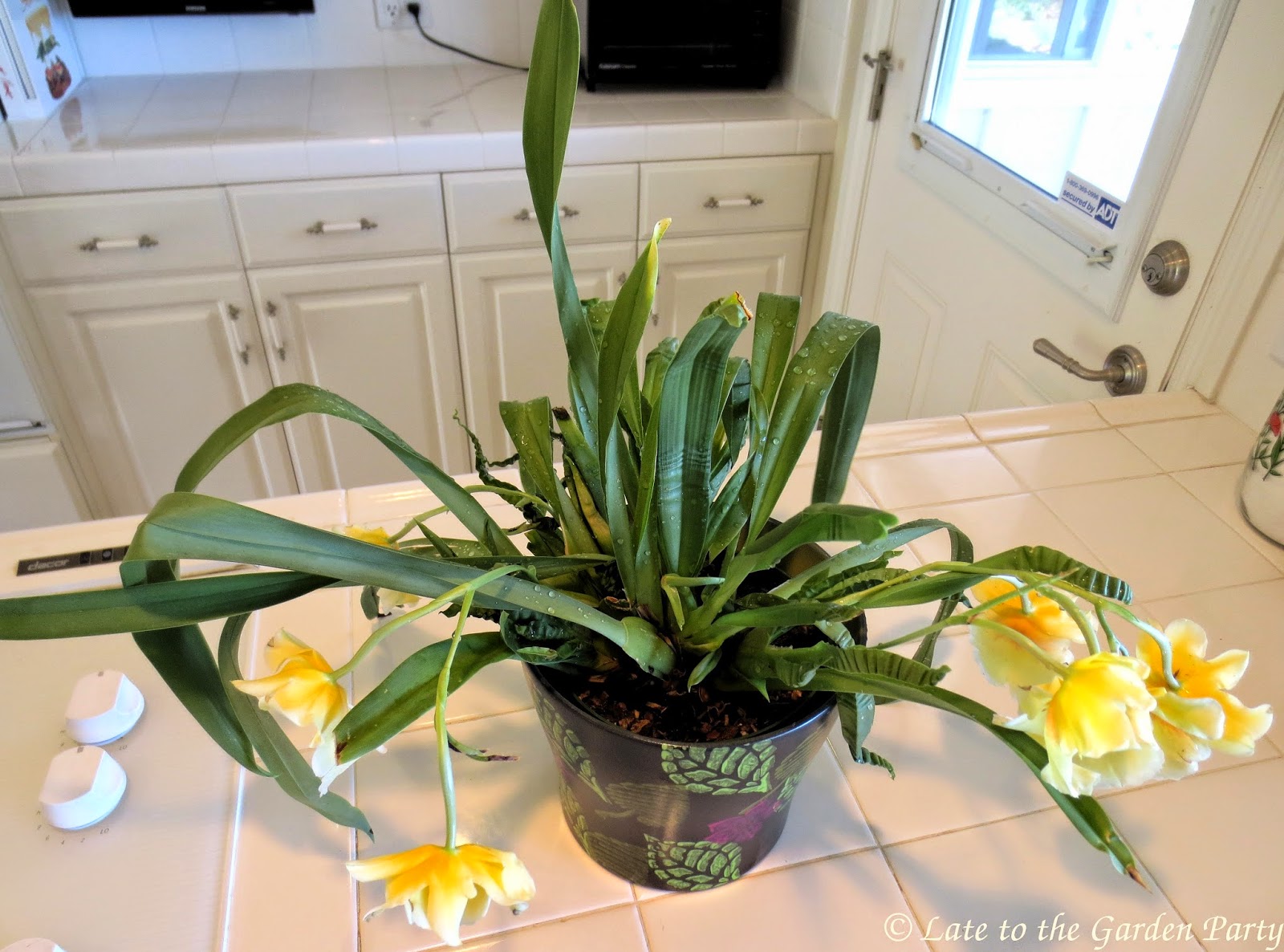 Hopefully, the orchid will forgive me and reward me with blooms for years to come.

Posted by Kris Peterson at 9:11 AM