I've been running around a bit the last few days, which left me relatively little time during daylight hours to photograph my garden, much less the opportunity to pick times when the light shows it to its best advantage.  Still, these monthly wide shots, undertaken in connection with the meme sponsored by Heather at Xericstyle, have proven to be a useful exercise to track the evolution of my garden over the course of the year so I'm posting the pictures available to me, starting, as usual, with the backyard.

The border created early this year as an extension of the small bed that originally encircled the fountain is filling in nicely.  The unidentified red-orange daylilies I inherited with the house are blooming in earnest now throughout the backyard, as are the Agapanthus.


The borders on the southeast side of the house took our May heatwaves particularly hard.  I've added lots of mulch to protect the beds during the coming summer onslaught.  I've also cut back or taken out most of the plants that died or were fried beyond recognition.  Although the beginning of summer is certainly not the best time to plant anything here, I've purchased a few heat and drought resistant replacements to fill the holes but I've yet to get them in the ground.  The Zinnia seeds I planted in April have germinated but the seedlings are still too small to register in these photos.


The front borders also took a battering from the heat.  The lawn has turned to straw, which generally doesn't happen until late summer.  It may come back when (if?) the rains return this fall but I'm sufficiently demoralized by its current appearance to be seriously considering pulling it out altogether. 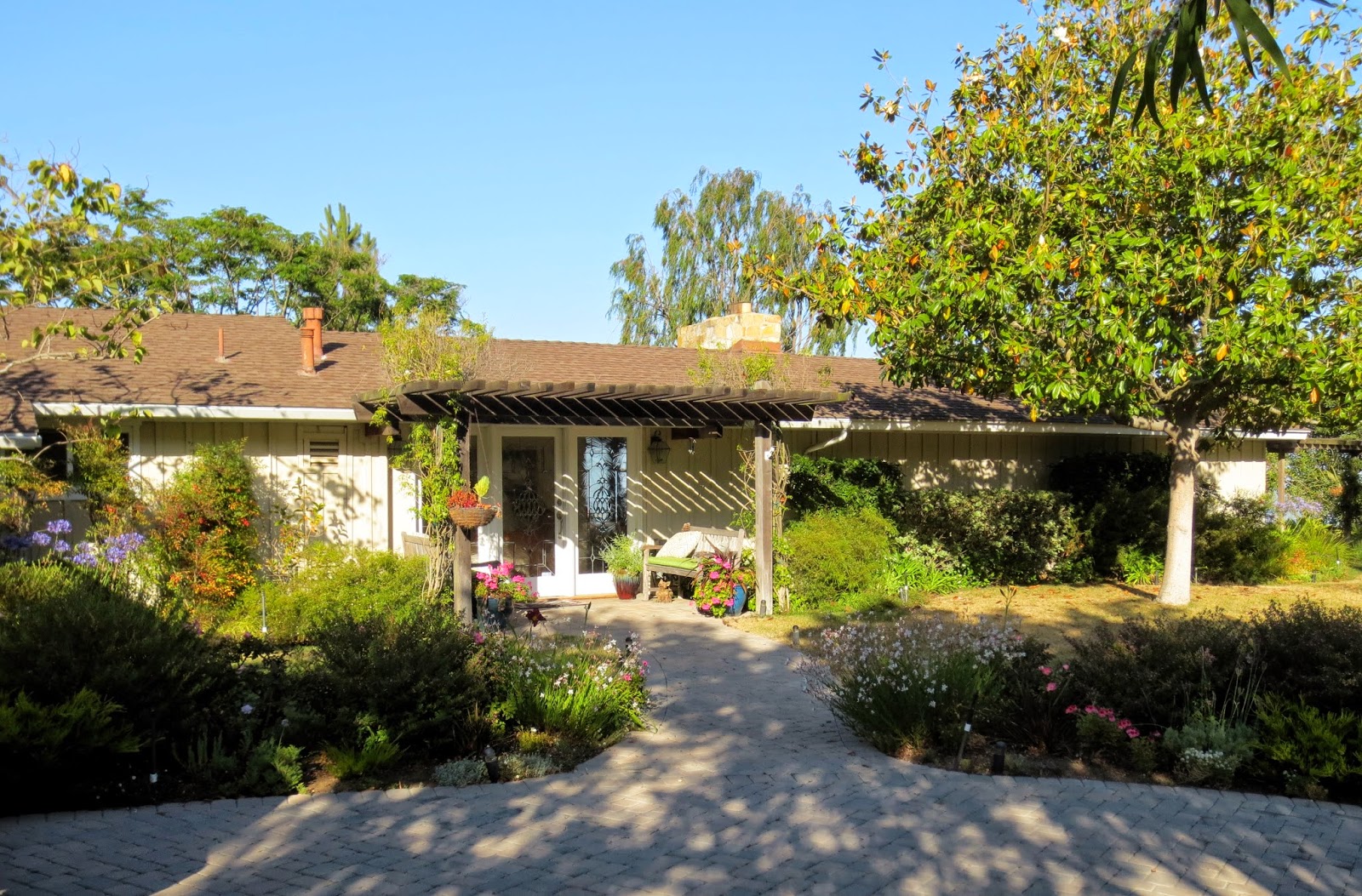 The sunflower and corn seeds I planted a month or so ago are coming along in the vegetable garden.   After pulling out the sweet peas that fried in the early May heat, I recently planted the empty raised planter with more corn seeds, as well as pole bean seeds and some basil. 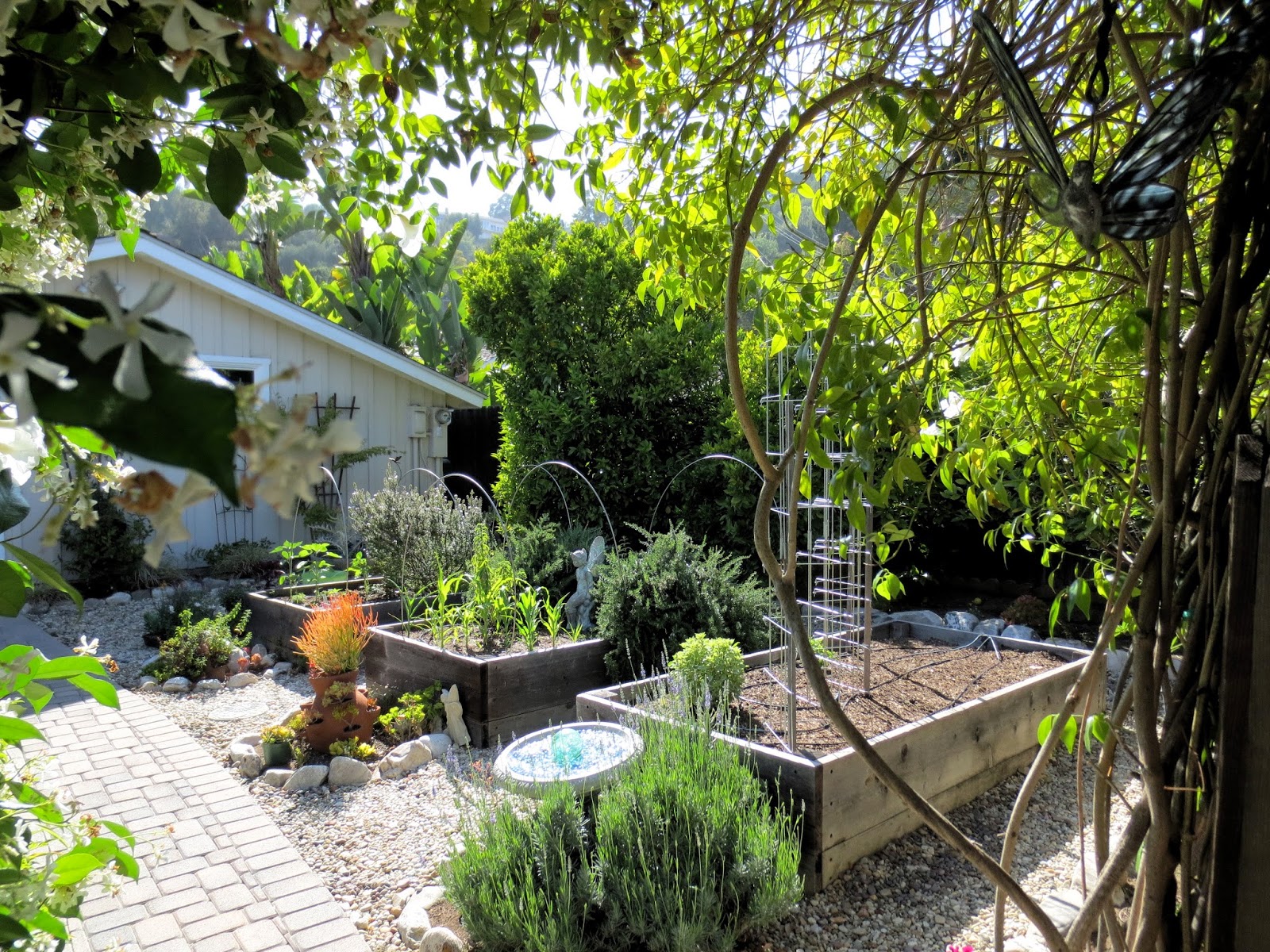 Despite the heat and limited irrigation, the dry garden is holding its own.


That's it for my wide shots this month.  Please visit Heather's site to see her post this month and to find links to the posts of other participating gardeners.