One of the best things about the weekly favorites posts sponsored by Loree at danger garden is that they encourage a closer examination of what I have growing in my garden.  My favorite plant this week, Leonotis leonurus, came with the garden.  Frankly, it looked pretty scraggly when we took possession of the property and I seriously considered pulling it out.  Having limited knowledge of the plant, I cut it back lightly but was unimpressed by the results.  I cut it back harder last fall and, while it's still a bit spindly in the middle, it's looking pretty good this year.

There are signs of new growth at ground level.  I'll cut it back hard again this year in the interest of beefing it up further.


My plant sits at the point at which our back border slopes downward.  The drainage is good but water retention is not so the plant's drought tolerance is an advantage in this setting.  The plant is said to grow 4-6 feet (1.2-2m) tall and almost as wide.  Mine is close to that tall but much narrower.  Like other plants in the mint family, the foliage is aromatic when crushed.  The evergreen foliage is attractive but it's the flowers that draw the eye.  The deep orange tubular blooms are fuzzy and arranged in tiered whorls around a square stem.  They're very Dr. Seuss-ish. 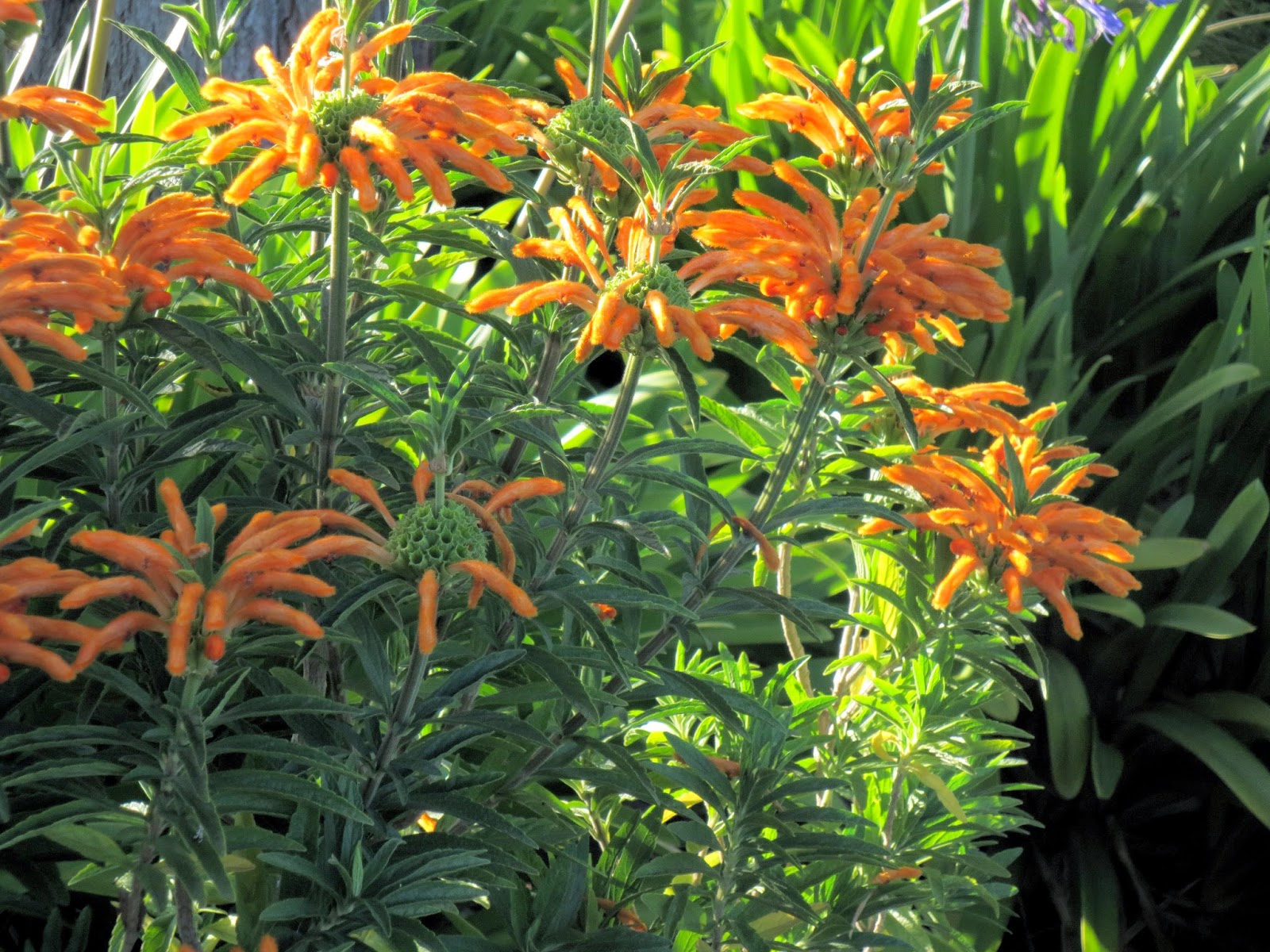 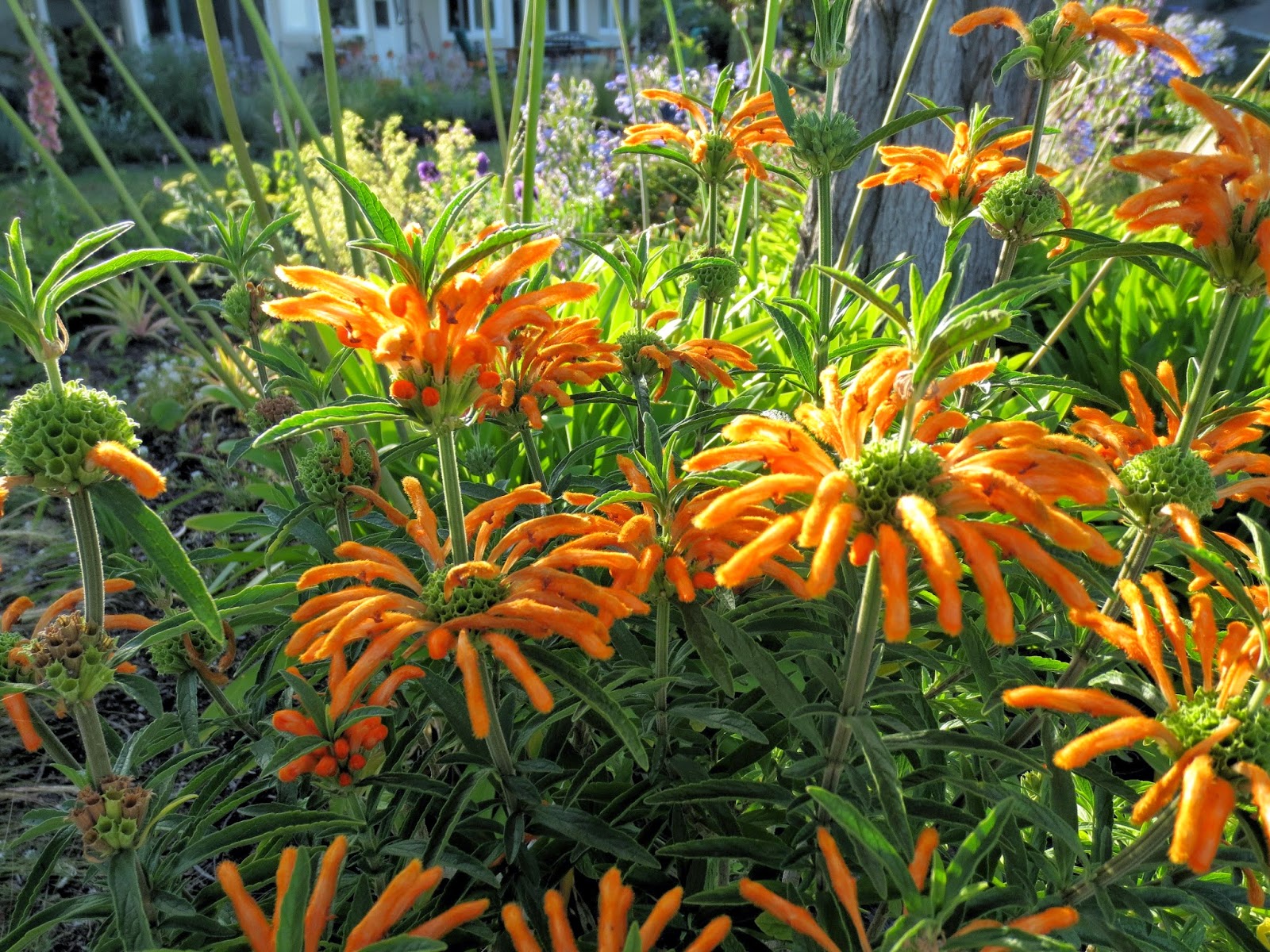 I know the plant by the common name of Lion's Tail but, in researching it on-line, I discovered that it has many names, including Lion's Ear, Lion's Claw, Minaret Flower, and Wild Dagga.  I also learned that it has medicinal and mild psychoactive properties.  Leourine is used to treat respiratory tract infections caused by streptococcus, and bone and skin infections, among other things.  I can't claim any personal knowledge of its psychoactive features but smoking the dried leaves and flowers is said to have a mild calming effect.  It also reportedly has an unpleasant taste that can numb the mouth and irritate lungs and throat.

San Marcos Growers rates it as hardy to 20-25F (to -6.7C); however, it has been known to come back from the roots in areas with colder winters, where it can be been treated as a perennial rather than an evergreen shrub.  There are over 40 comments on the plant on the Dave's Garden site, the vast majority of which are positive.

Leonotis leonurus is my contribution to Loree's collection of favorite plants at danger garden.  Click here to see her favorite of the week and to find the selections of other contributing gardeners.