My favorite plant this week, Lupinus chamissonis, also known as bush lupine and silver dune lupine, is the one that was in contention with last week's choice.  It's also a beautiful plant but its charms are more subtle than those of the brilliant blue Lisianthus.  I originally bought this plant in April 2013, only to have it shredded by a rampaging raccoon shortly after it went into the ground.  I acquired another in March of this year and placed it in my new backyard border.  So far, it hasn't been bothered by any raccoons and it has grown quickly, more than doubling in size since I planted it. 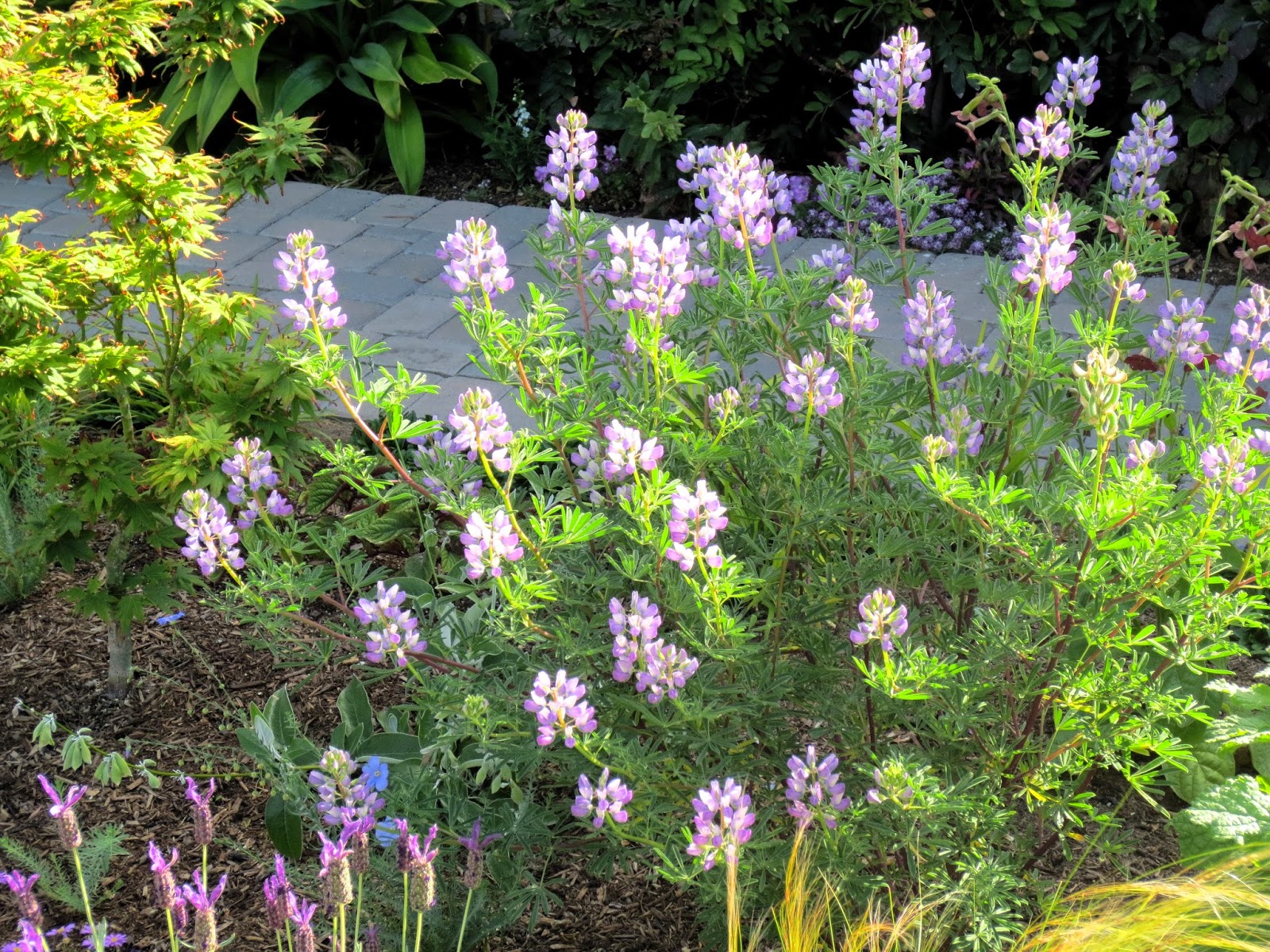 It's native to coastal California, although I can't say I've seen it in garden settings here.  Its evergreen silvery palmate foliage is attractive in its own right but, from April through June, it produces the lavender blue flowers characteristic of lupines. 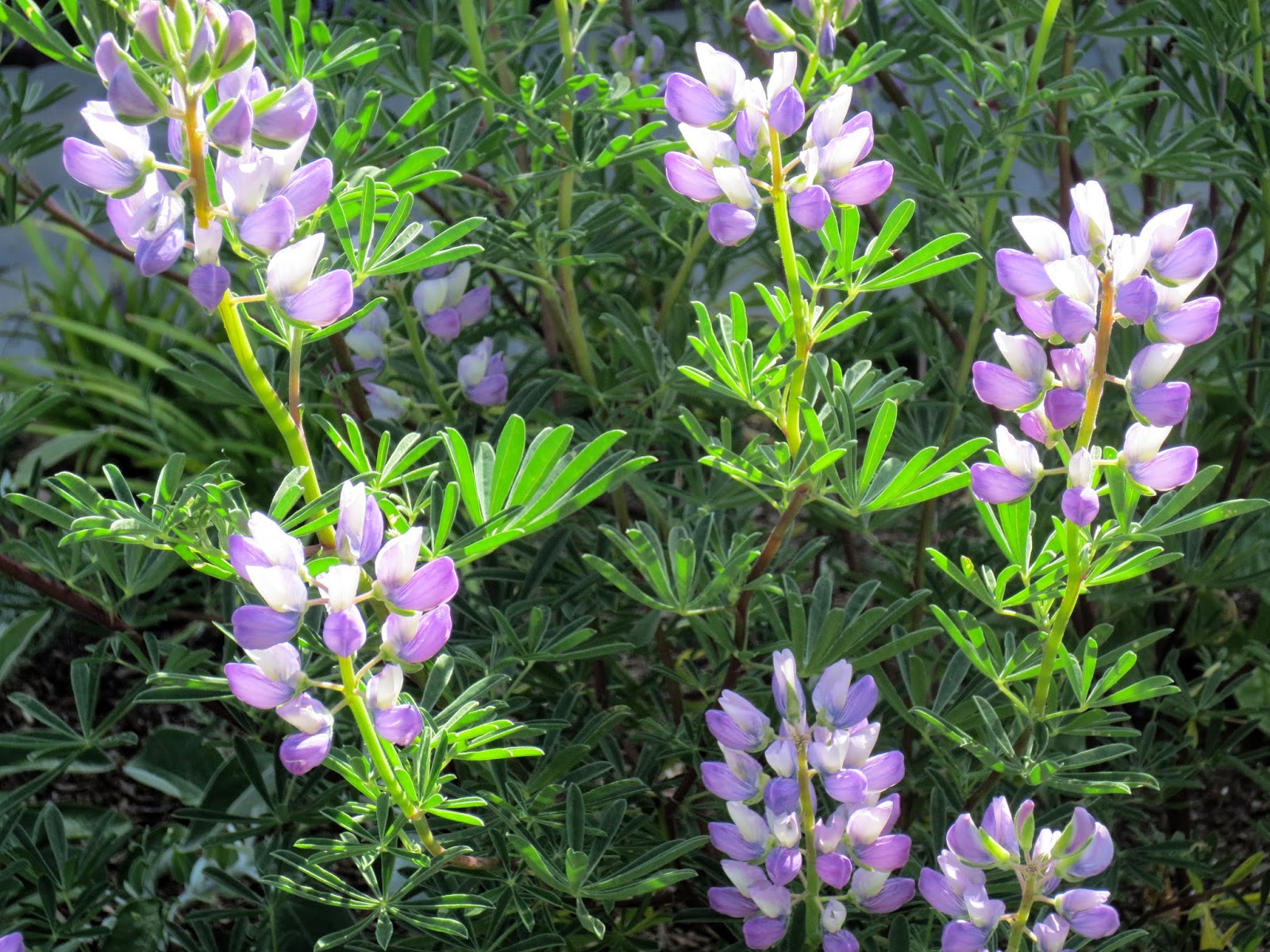 It tolerates some drought but requires exceptionally good drainage.  It needs full sun and is said to be cold hardy to 20F (-6.7C).  Its seeds, leaves and stems are mildly toxic.  Projections of its size vary significantly but most commentators project growth to 3-5 feet (1-1.5 meters) tall with approximately the same width.  I hope mine remains on the smaller end of the spectrum and doesn't overgrow its current placement.  It's useful in blending blue, lavender, purple and white plants in a border. 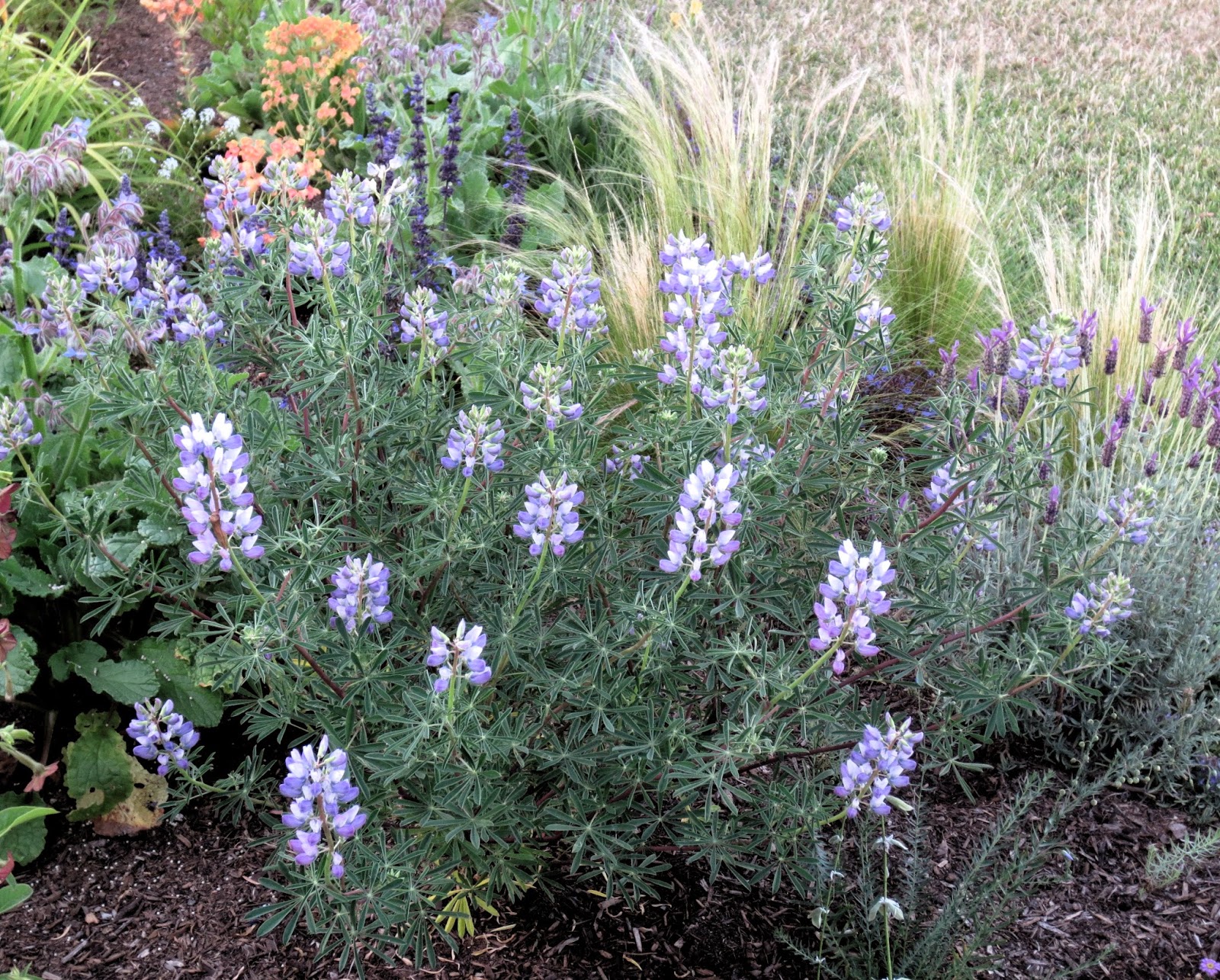 As I love lupine, I'm happy to have this evergreen form in my garden.  It's my contribution to the weekly meme hosted by Loree of danger garden.  Please visit her to find her choice this week.  If you have a favorite plant you'd like to highlight, write a post about it and provide a link in the comments section of Loree's post.