The Front Porch Gets Dressed Up

As summer sets in here in Southern California, it becomes more and more ridiculous to continue planting.  If a heatwave hits, new plantings frequently die, even if they get extra water.  Every year I make a vow to stop planting between June and October.  And every year I break my vow, although my purchases do taper off a bit.  This year, the month of June has been relatively pleasant, at least by comparison to the miserable May we had, but July is seldom pleasant so I've tried to shift my attention to activities that don't amount to throwing money away.  This year, those activities involved replanting the pots on the front porch (which can always be moved if the heat gets too intense).

I didn't take any "before" photos so the following picture, taken last December showing one side of the porch, is the best one I can provide to show what I started with.  The pots shown in this photo weren't looking nearly this good earlier this month. 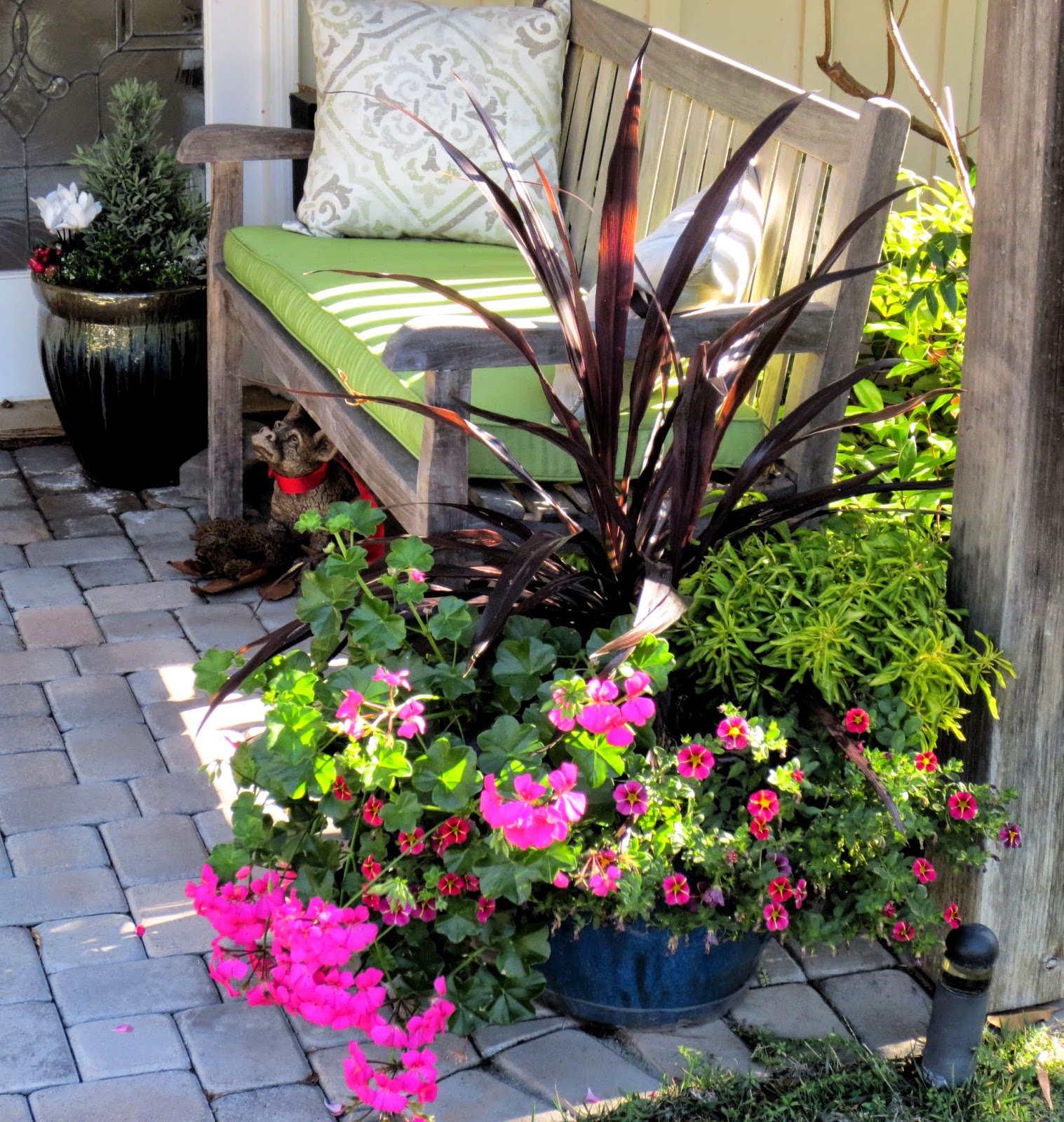 The front pots were originally created to adorn the front of my mother-in-law's house when we prepared it for sale but I moved them to our house after the sale.  The ivy geranium (Pelargonium peltatum 'Pink Blizzard') took the sunny setting in stride but the Cordyline 'Renegade' struggled and the Calibrachoa eventually died off.  One of the Cordyline has been repotted and placed in a shadier location and the Pelargonium have been moved elsewhere.  The back pots were intended as temporary holiday decorations and they were definitely past their prime.

The ceramic pots, benches and bench cushions remain but I changed out the pillows and swapped out most of the contents of the pots to create a sunnier front entry. 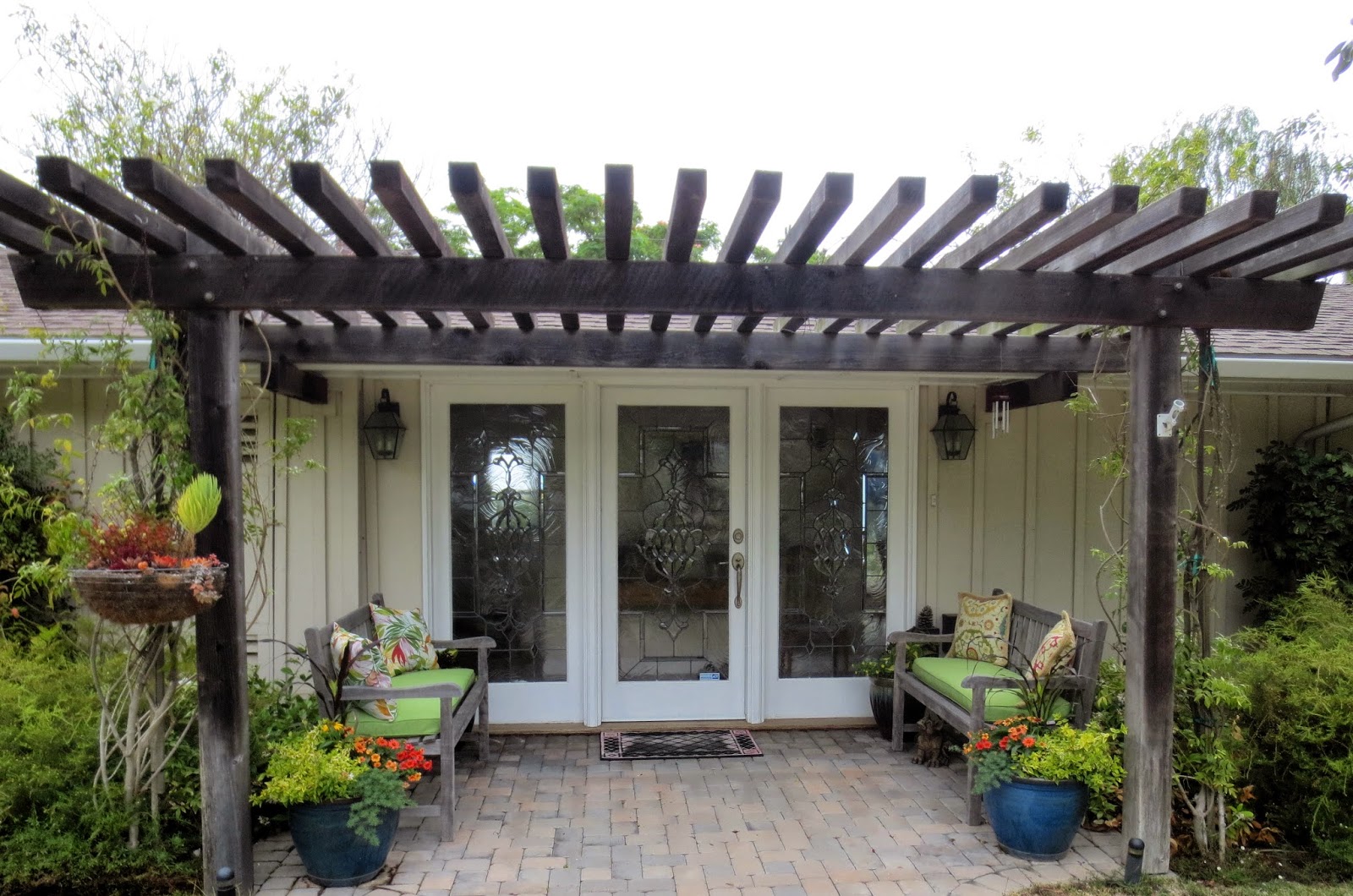 The two sides of the front entryway are near mirror images of one another. 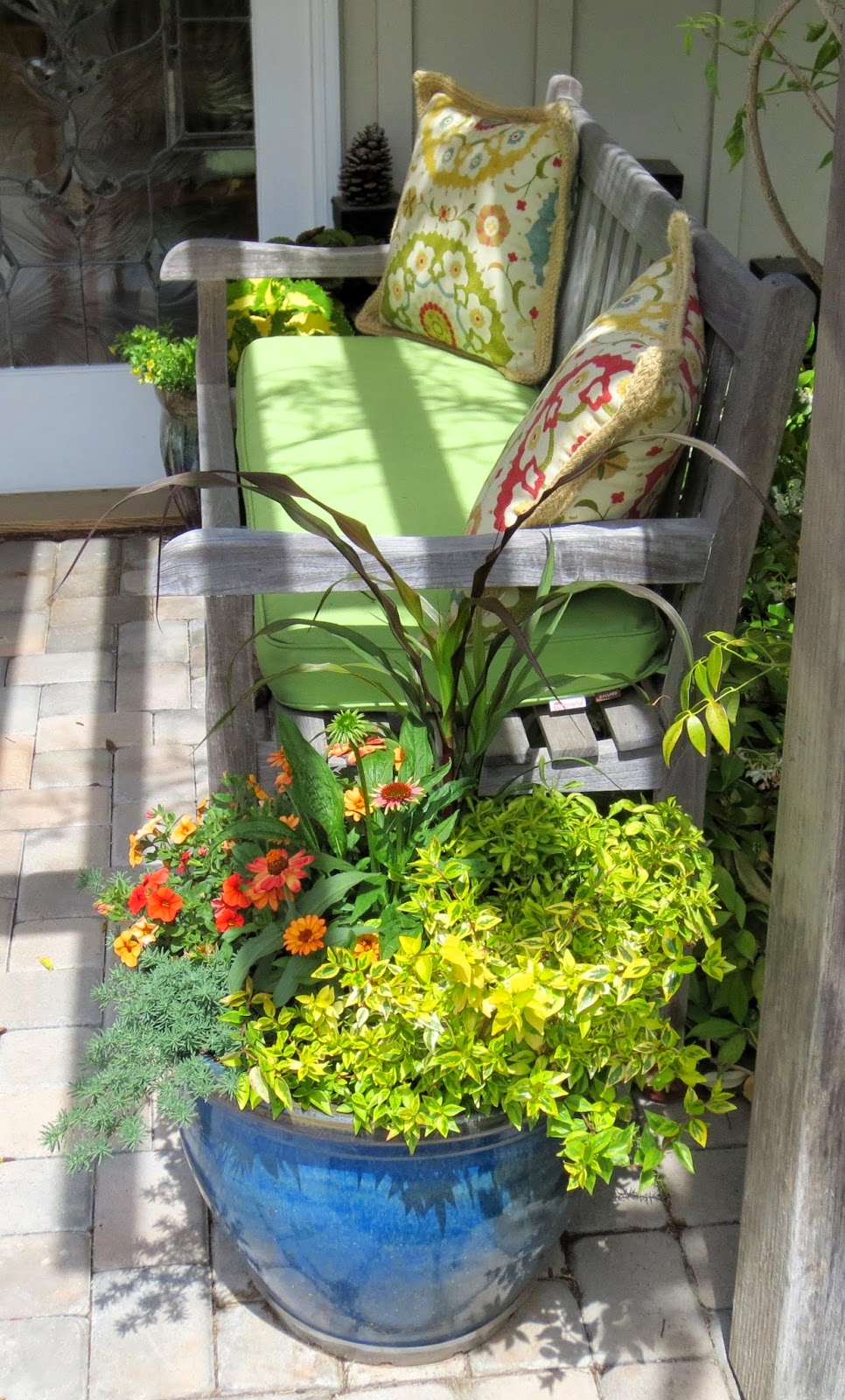 I'm planning to stick to succulents for any further planting I do between now and October - or at least September.  Probably.  It's a real possibility.  Well, it's a goal anyway.