Last week my husband finished the patio table he's been working on and we put it in place in the backyard. 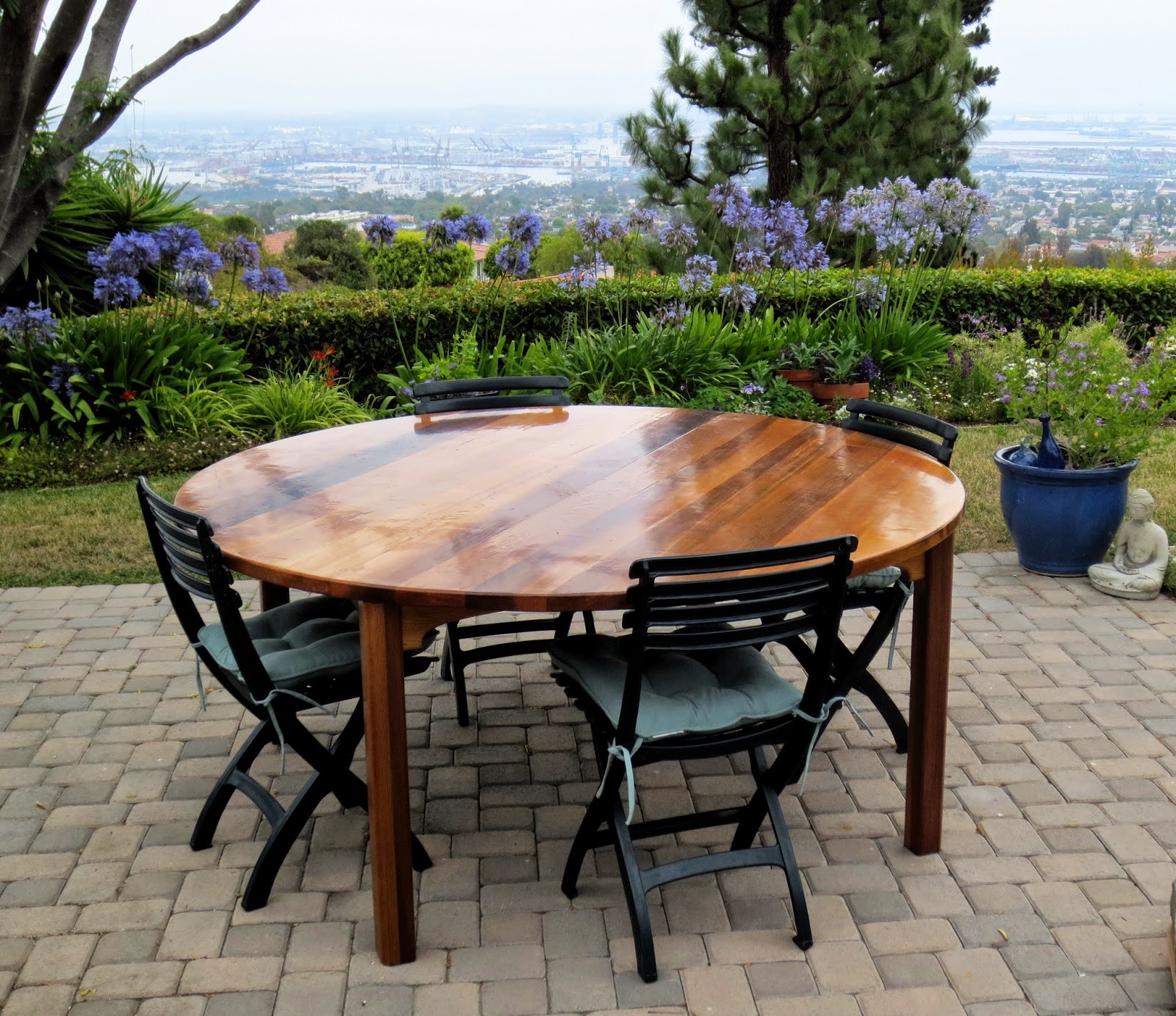 The table top was constructed of wood salvaged from the firewood-heated "snorkel spa" we inherited with the house. 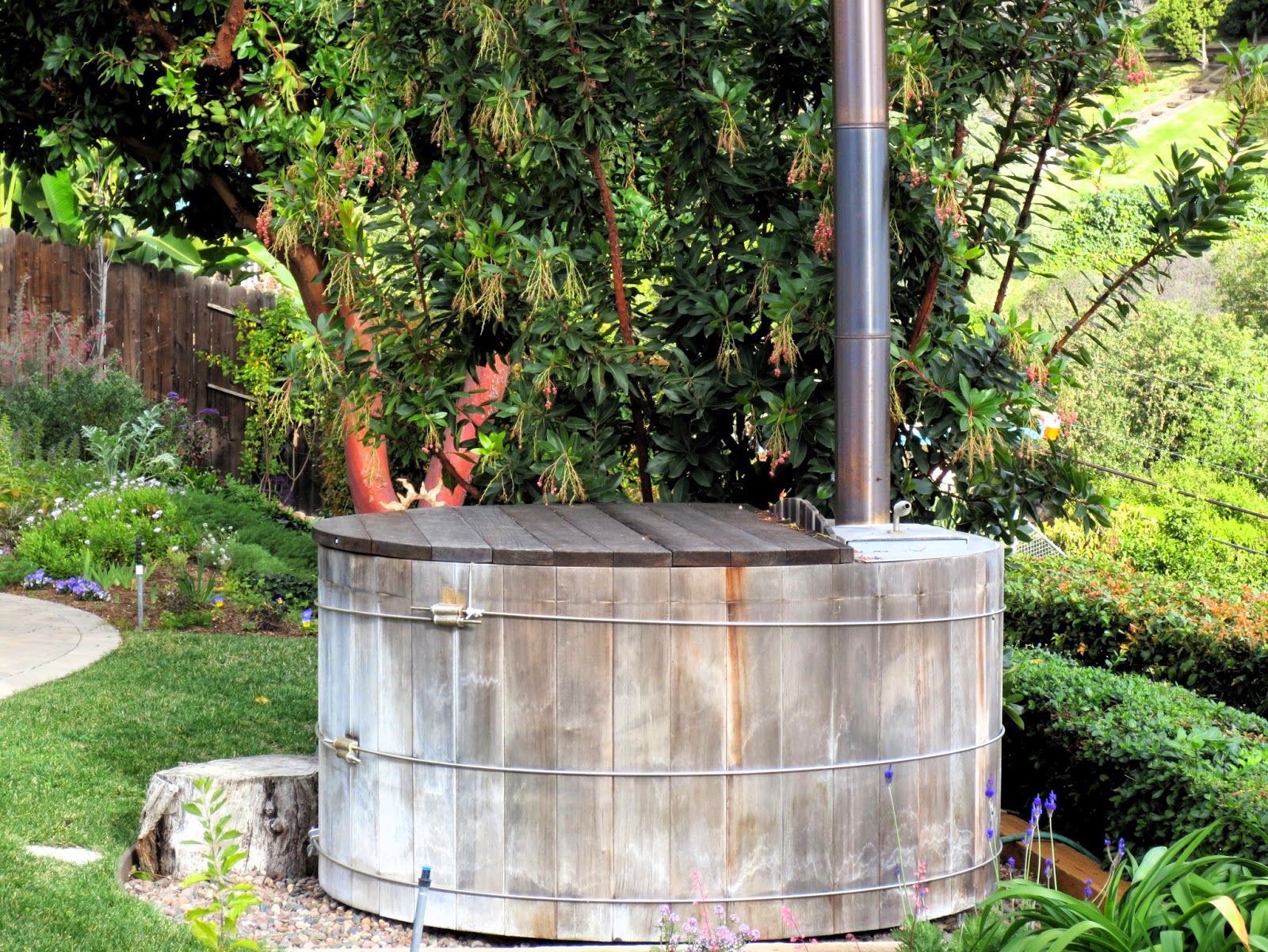 I've previously written about the snorkel spa (here).  We used it as a spa a few times but it was more trouble than it was worth.  It took about 2 hours to heat up the water and, if too long passed between uses, it had to be drained and refilled, which was hard to justify during a drought, even when we used the discarded water in the garden.  I used it for awhile to store patio furnishings.  We disassembled it in January (as described here).

Re-using the wood to construct a patio table involved more work than my husband (or I) had anticipated.  Some of the wood had warped and some panels weren't in pristine condition.  He ended up re-planing the wood before putting the table together.  Sanding and finishing it using a marine grade varnish was also time-consuming.

Delivery of the finished table required rearrangement of the backyard patio.  I expect we'll juggle things some more but here's what it looks like now. 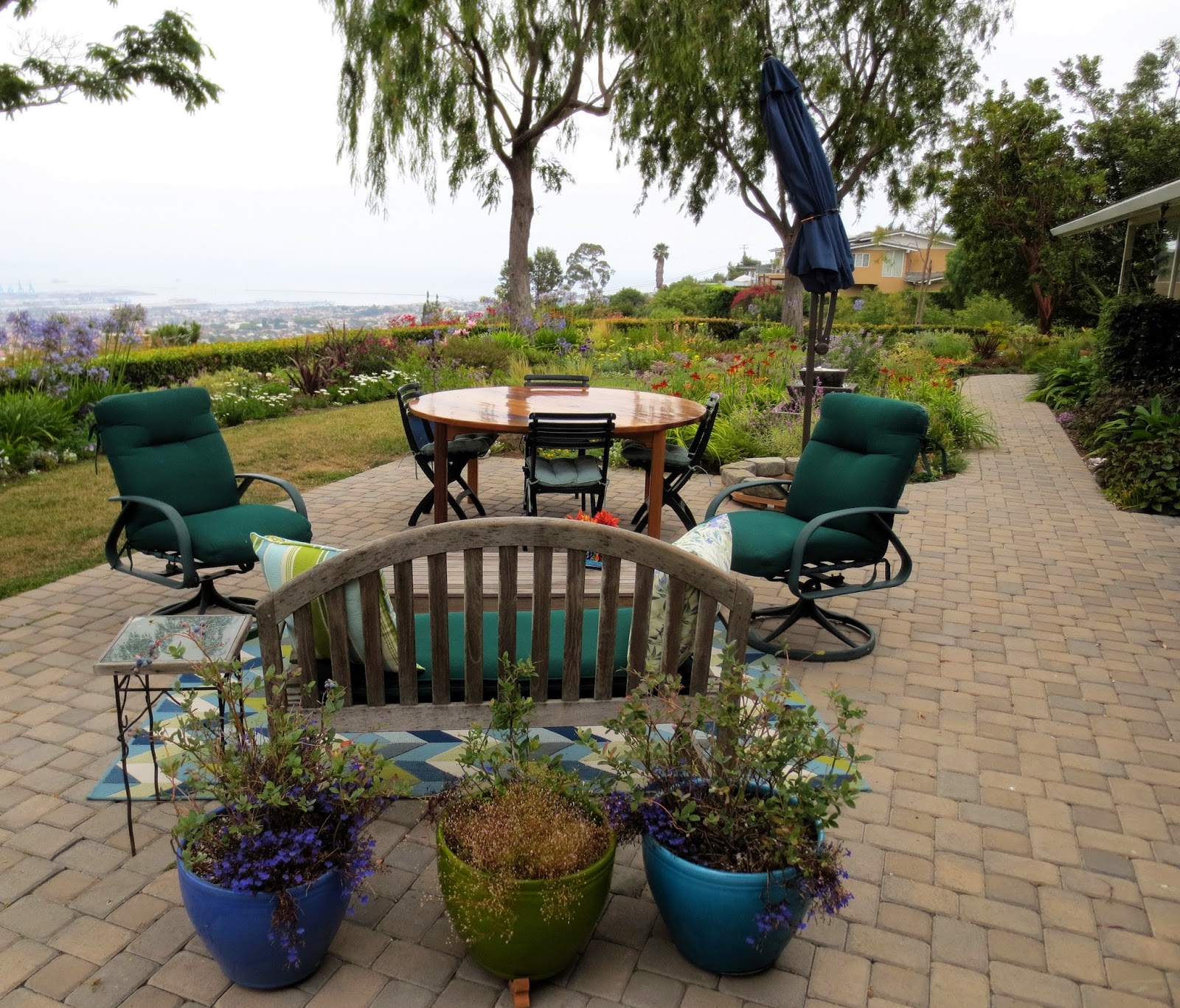 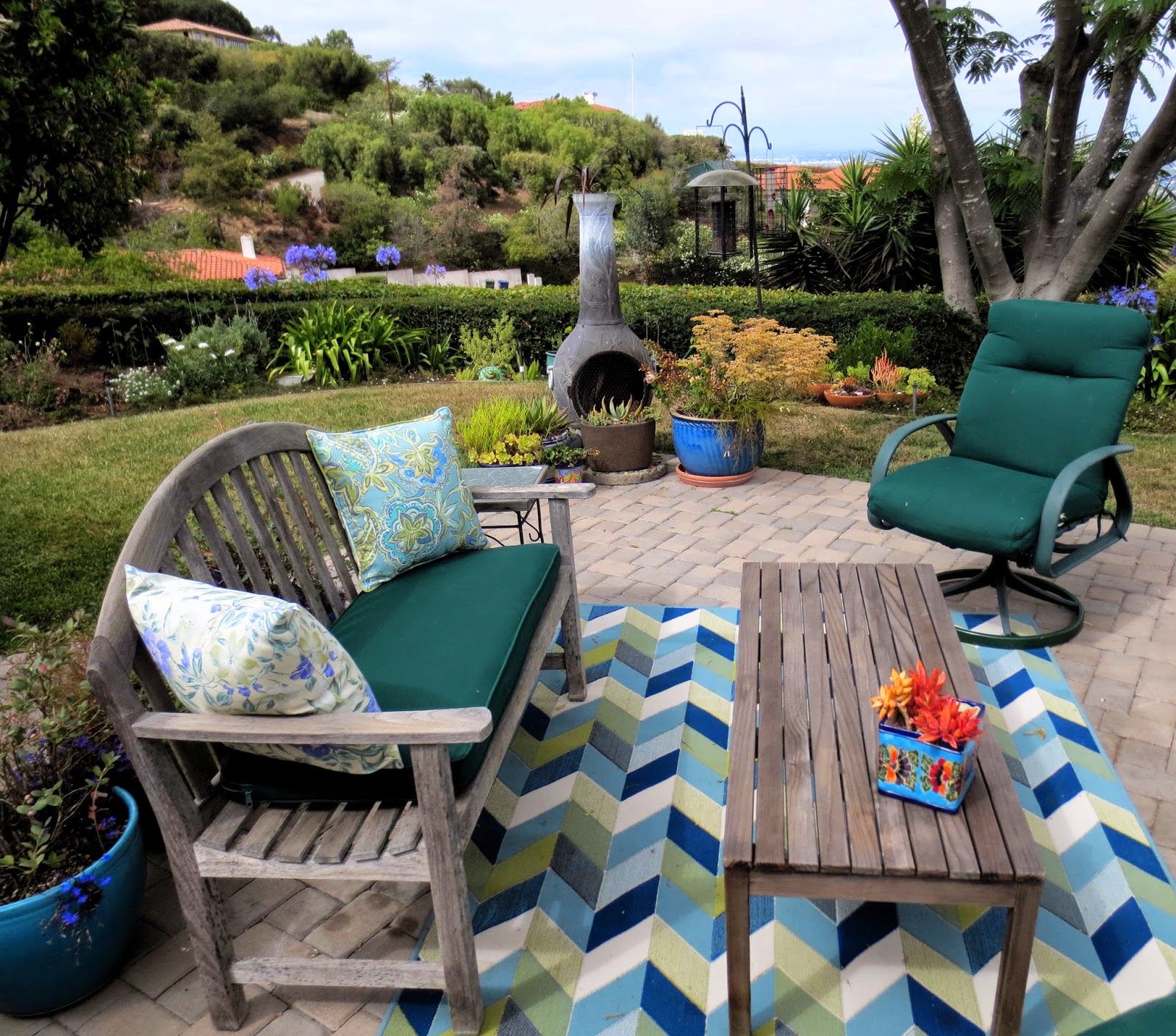 The chiminea was relocated to create space to move around the table.  It's now on the other end of the patio with a collection of pots, most of which I had before. 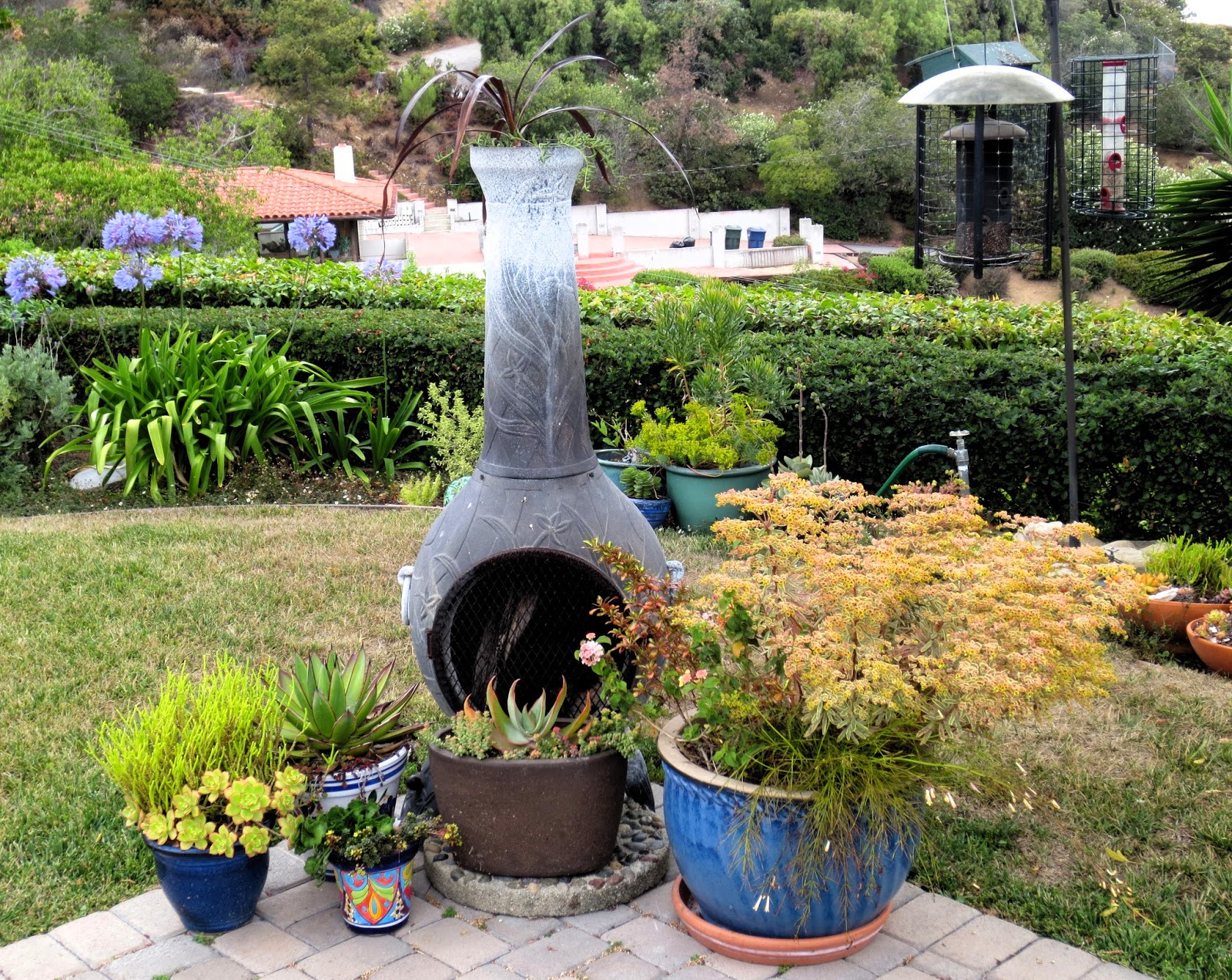 I stuck a plant in the top of the chiminea, which we've never used to burn wood.  It's an ailing Cordyline 'Renegade' that formerly occupied one of the pots by the front door, which I recently changed out.  It was small enough to fit the space but I think I'll eventually replace it with a trailing plant, maybe Lotus berthelotii (aka parrot's beak) or Russelia equisetiformis (aka firecracker plant). 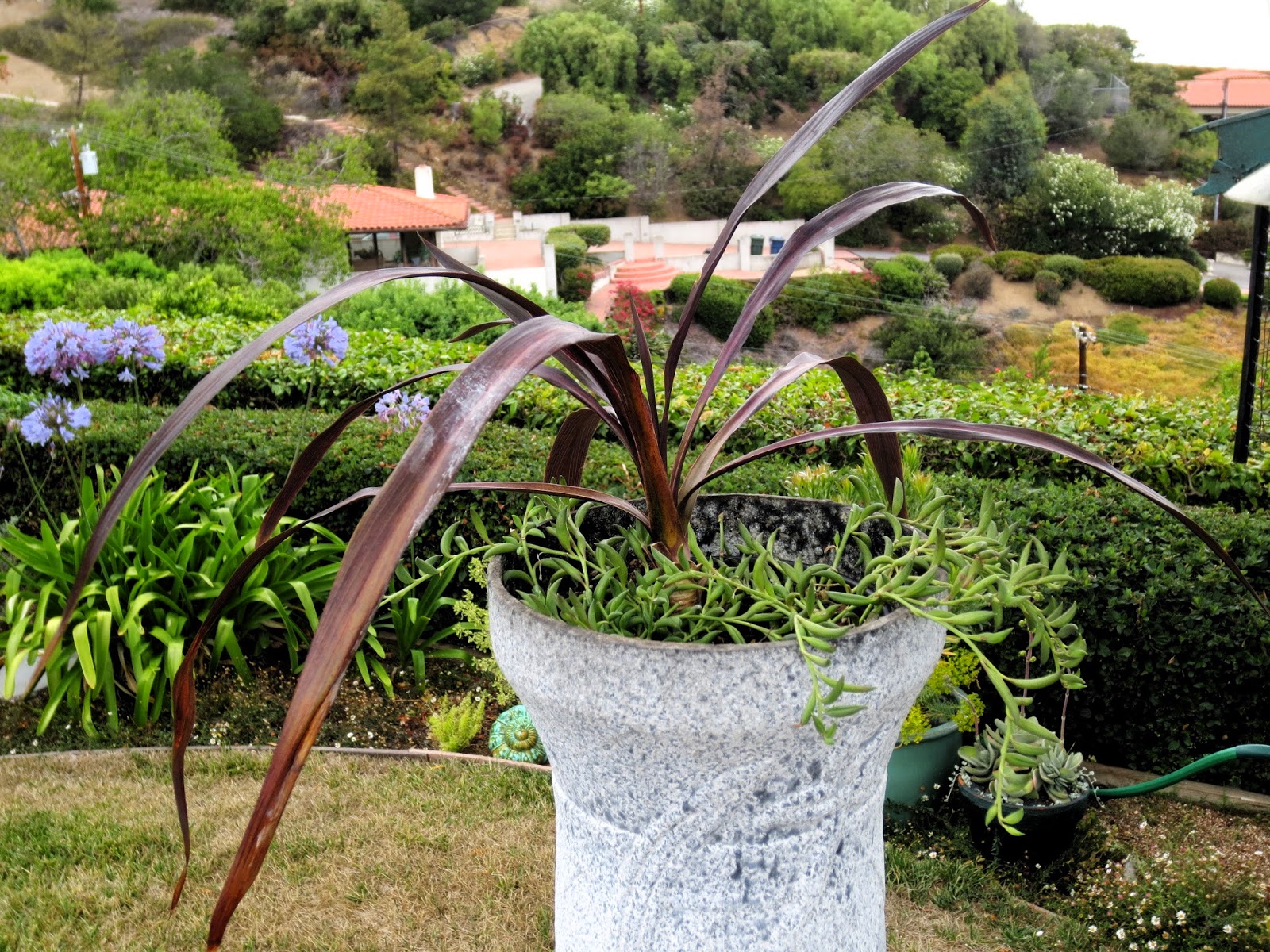 The pot formerly in that space moved to the spot previously occupied by the chiminea. 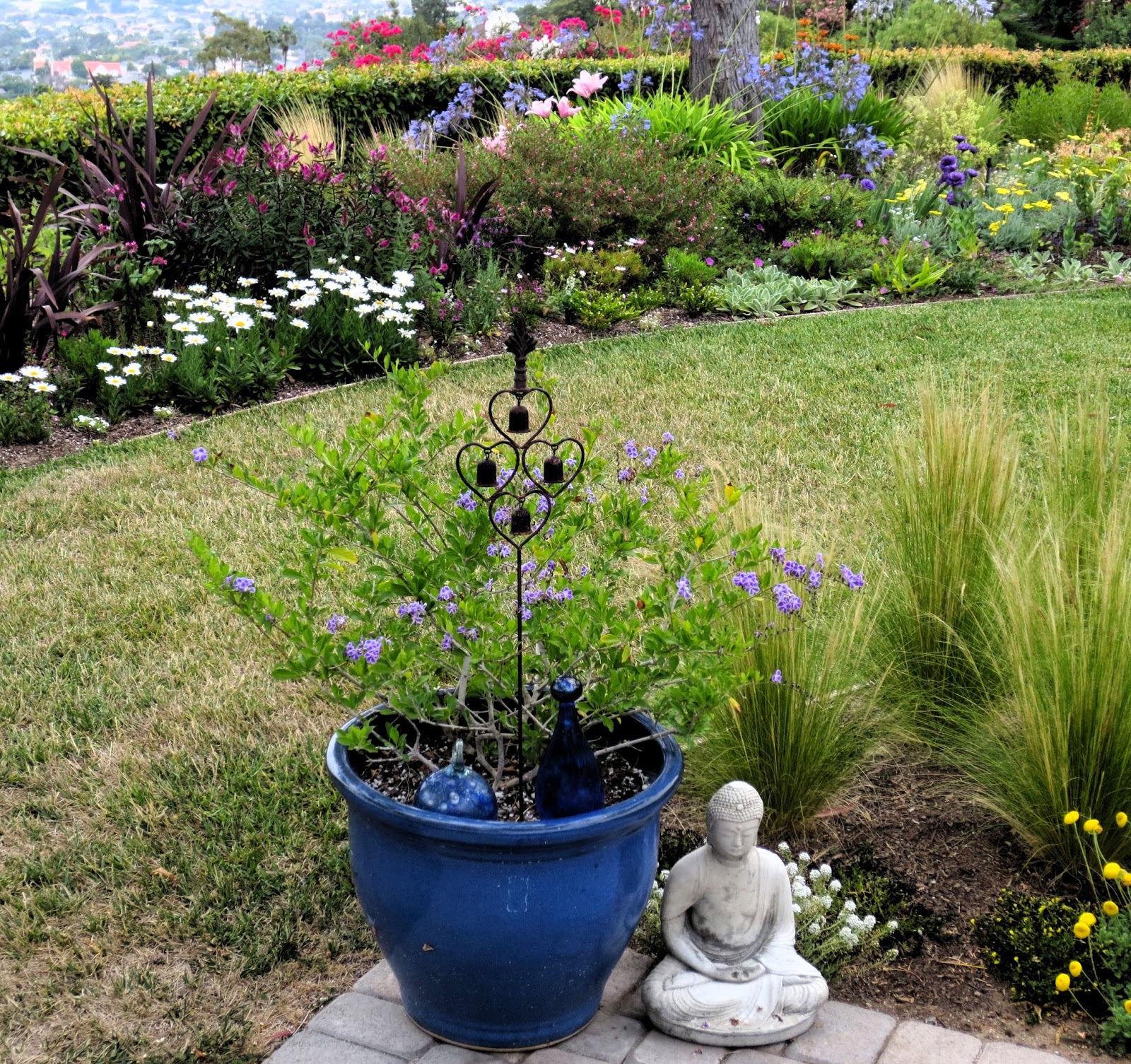 I also spruced up the seating area on the north side of the house facing the dry garden.  I'd like to replace the disintegrating wicker chairs there but, for now, I made do with cleaning them and replacing the seat cushions.  I also refreshed a couple of my succulent pots. 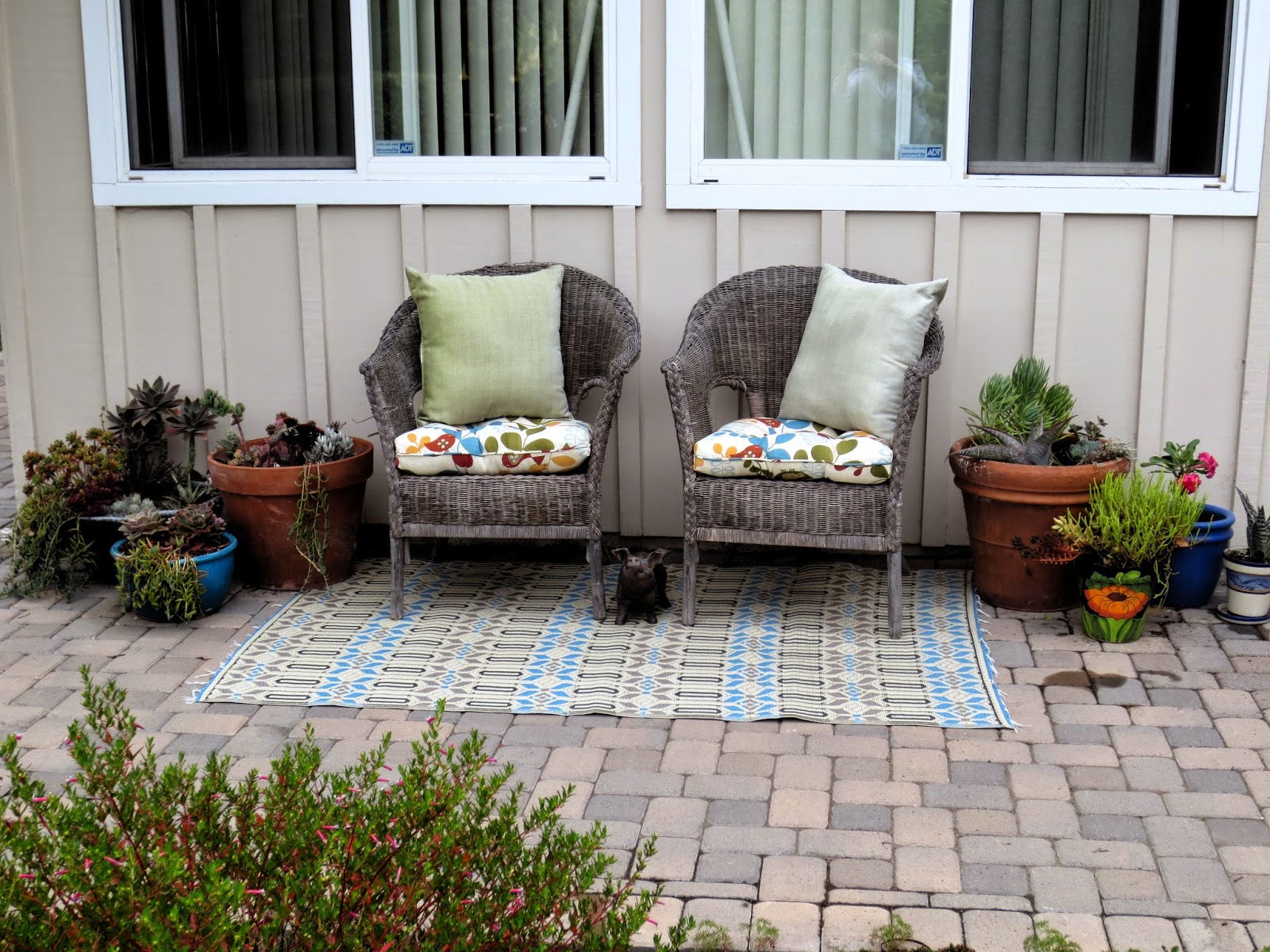 So now I'm ready for whatever summer throws my way.  After the heat we had last month, we're currently experiencing the "June gloom" that usually shrouds the coastal areas of Southern California in clouds and fog for half the day.  It's actually a welcome change - we'll take our moisture in whatever form it comes. 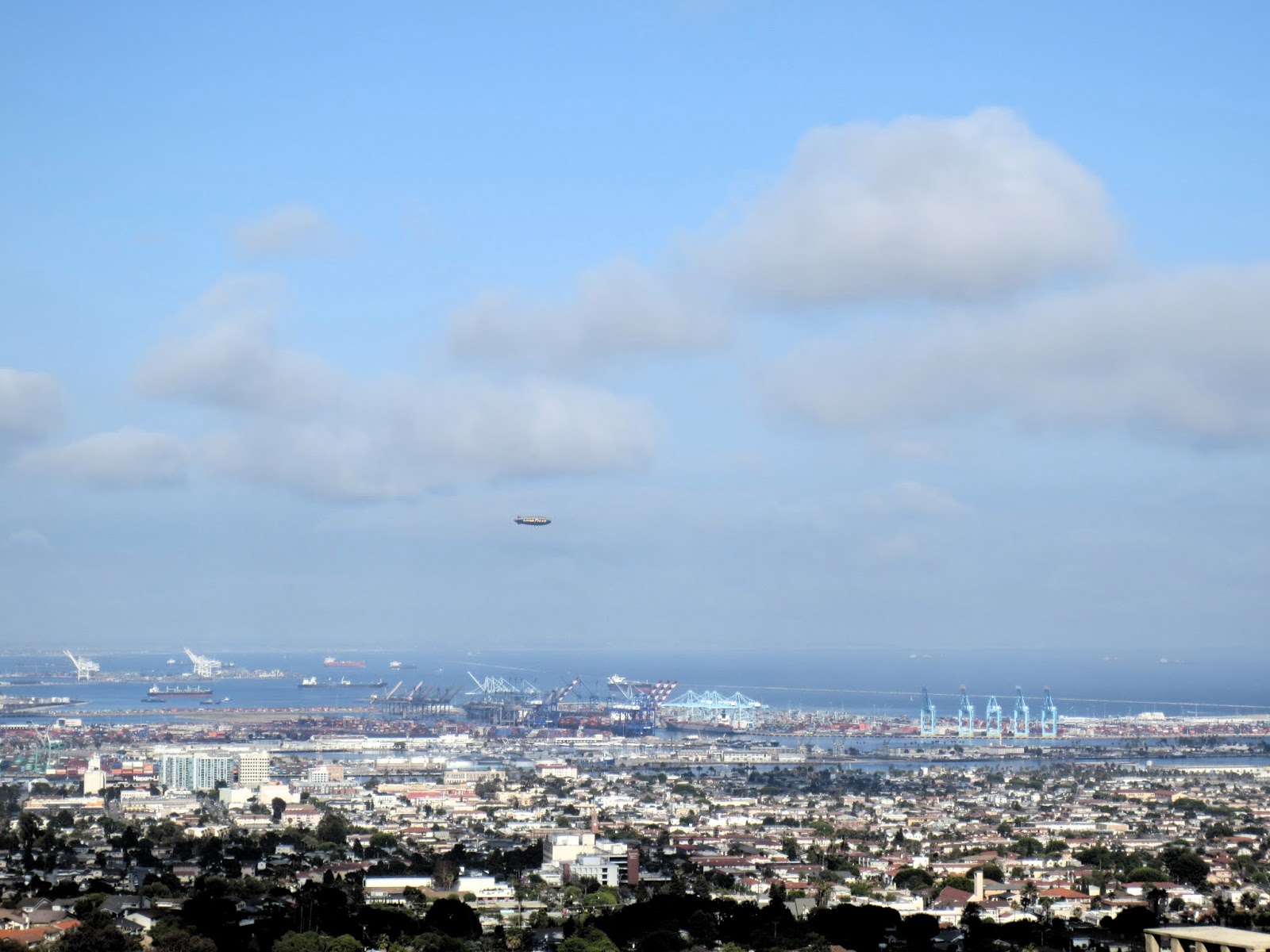 What are you doing to prepare for the summer season?

Posted by Kris Peterson at 8:29 PM