I celebrated my birthday last week.  Two of my friends, who know my vices well, each took me plant shopping to celebrate.  And another friend gave me a gift card to help with the damages.

The first outing took me to OC Succulents with a brief side trip to Roger's Gardens.  I've written about both nurseries before (most extensively here and here) but I took very few pictures on this occasion as I was too busy making selections.  However, I did take a couple of shots of the back of my friend's SUV as the two of us struggled to fit the last of our purchases into her trunk before heading home.  Please note that only about 30% of the contents were mine!


I'd only just begun to plant my first set of purchases when, 2 days later, my other friend took me to Laguna Nursery in the heart of Laguna Beach, an artist community located in Orange County.  This nursery is less than 10 miles south of Roger's Garden but neither my friend nor I had ever been there.  We were both surprised by what we found.  It's a difficult place to characterize.  The words eccentric, eclectic, funky, imaginative, and even claustrophobic come to mind.  Perhaps you can provide your own description upon viewing the photos I took, although I don't know if these even begin to capture the feel of the place.

Here's some of what greeted us when we pulled into the parking lot. 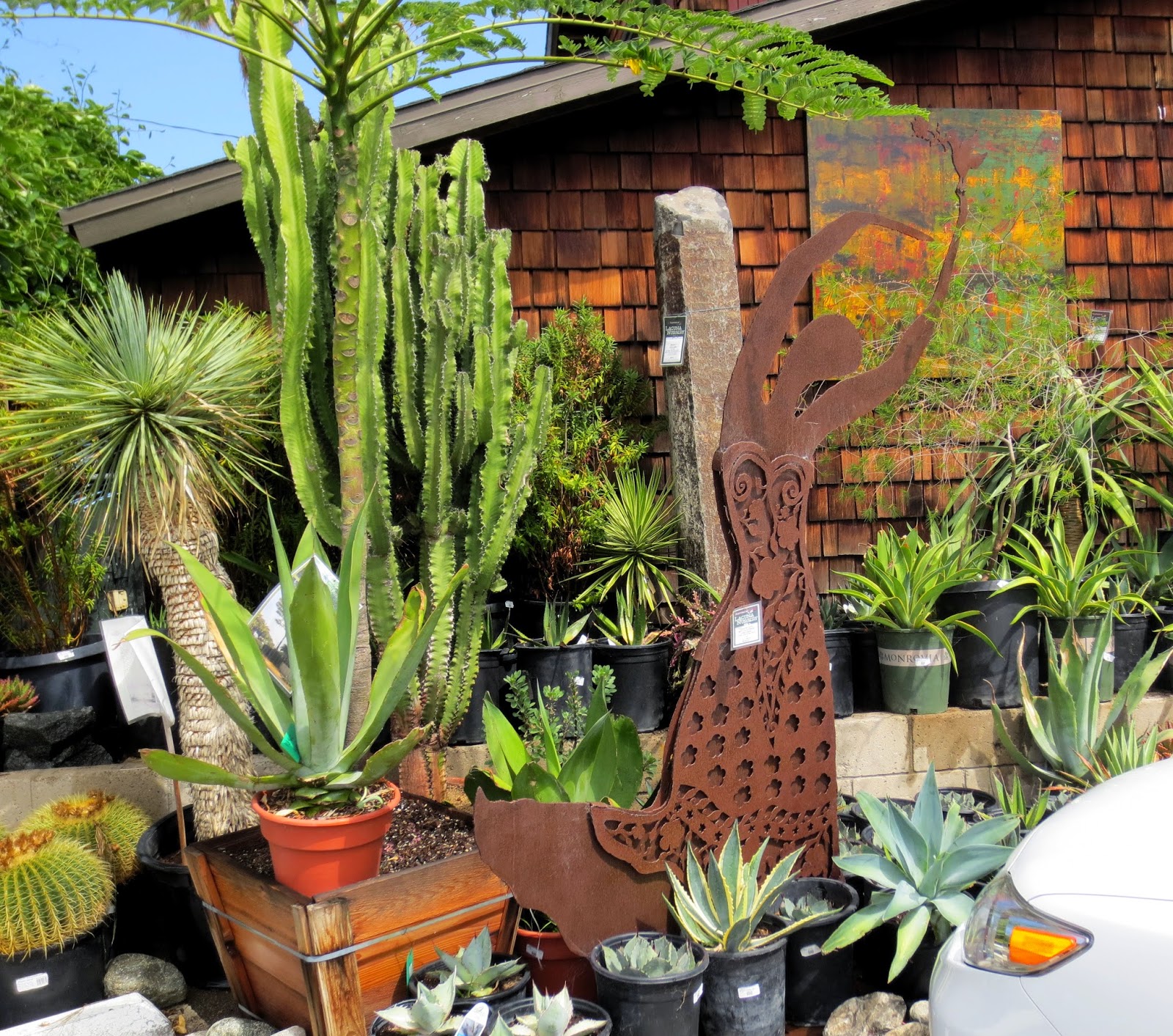 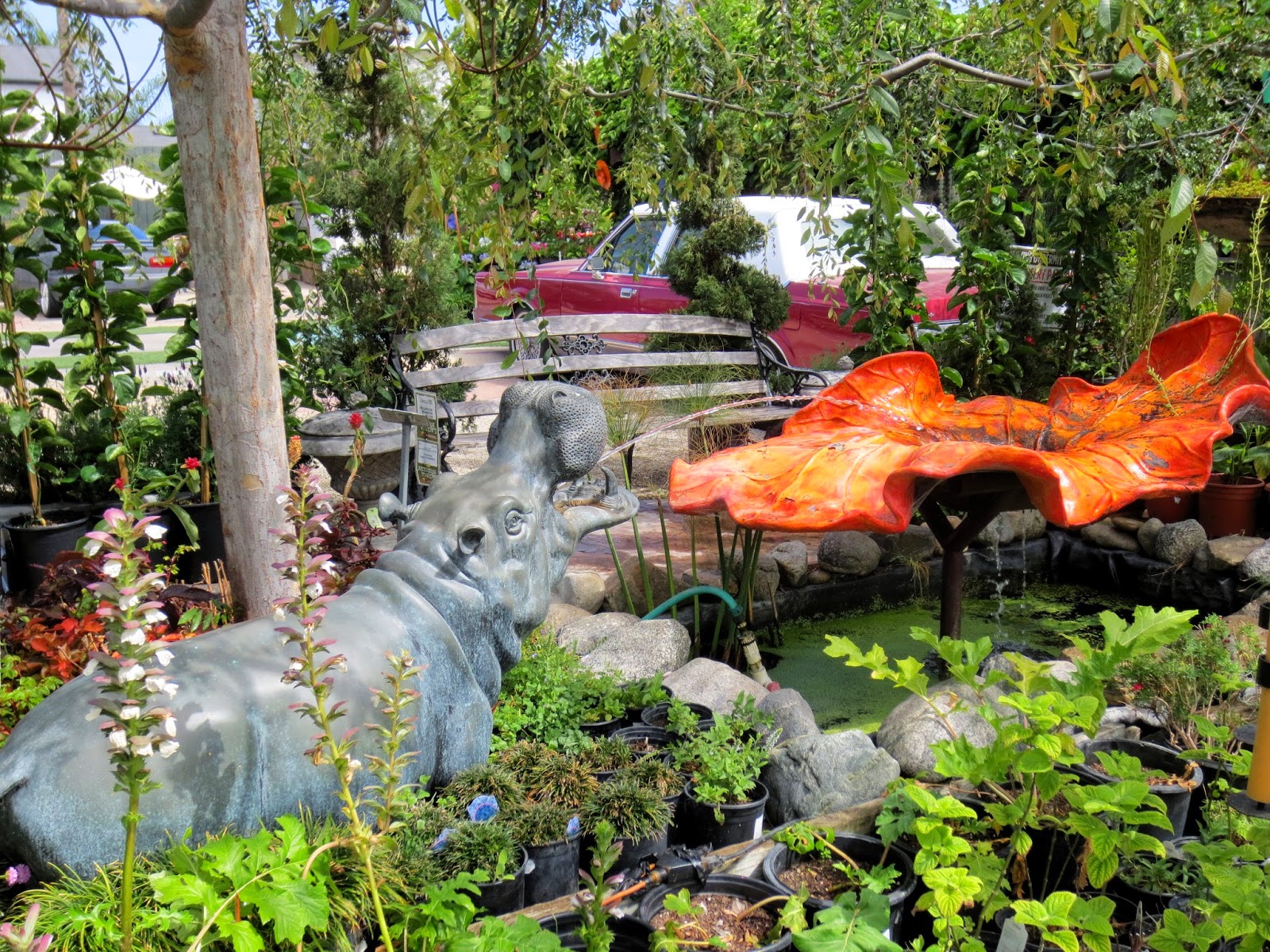 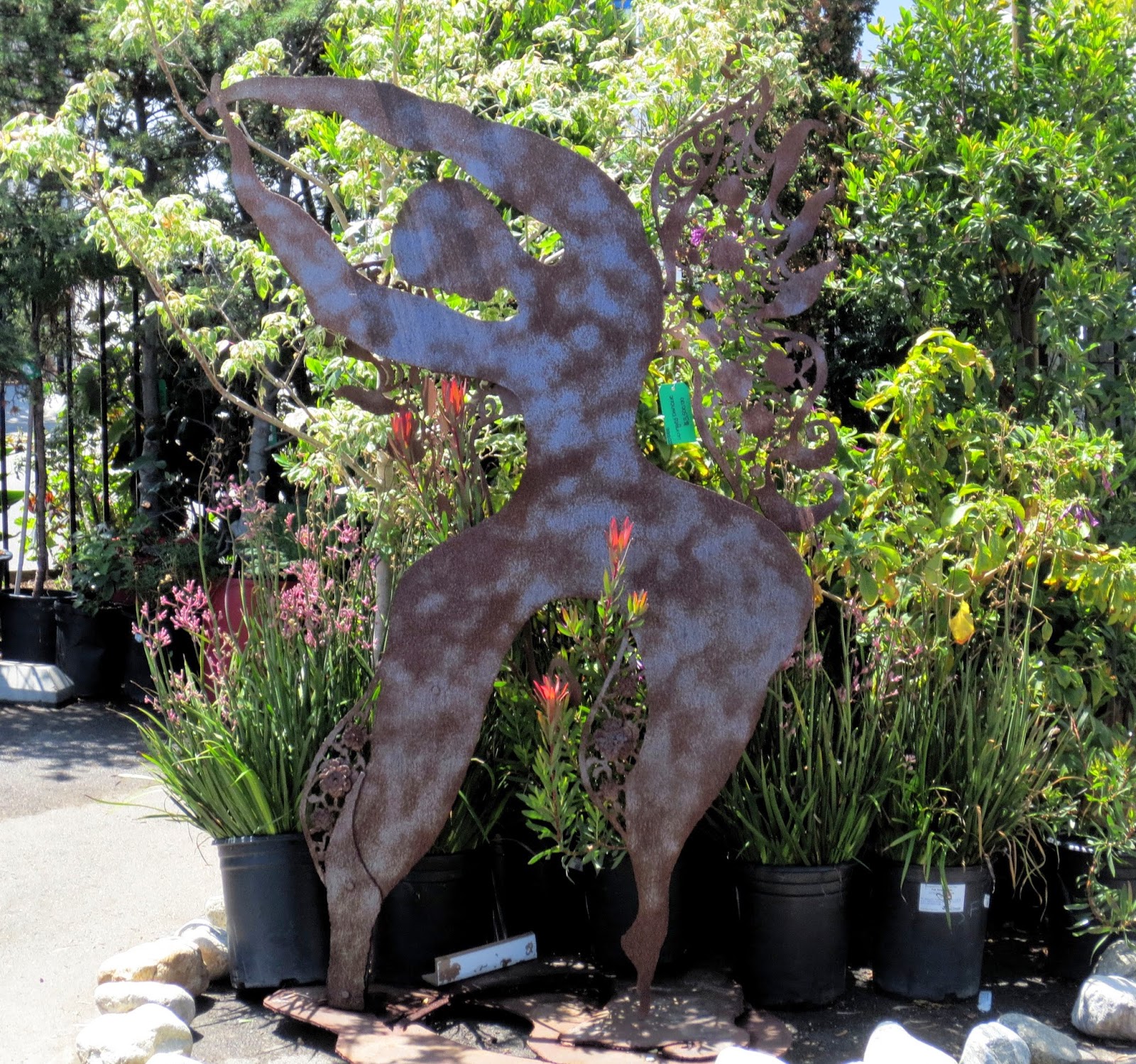 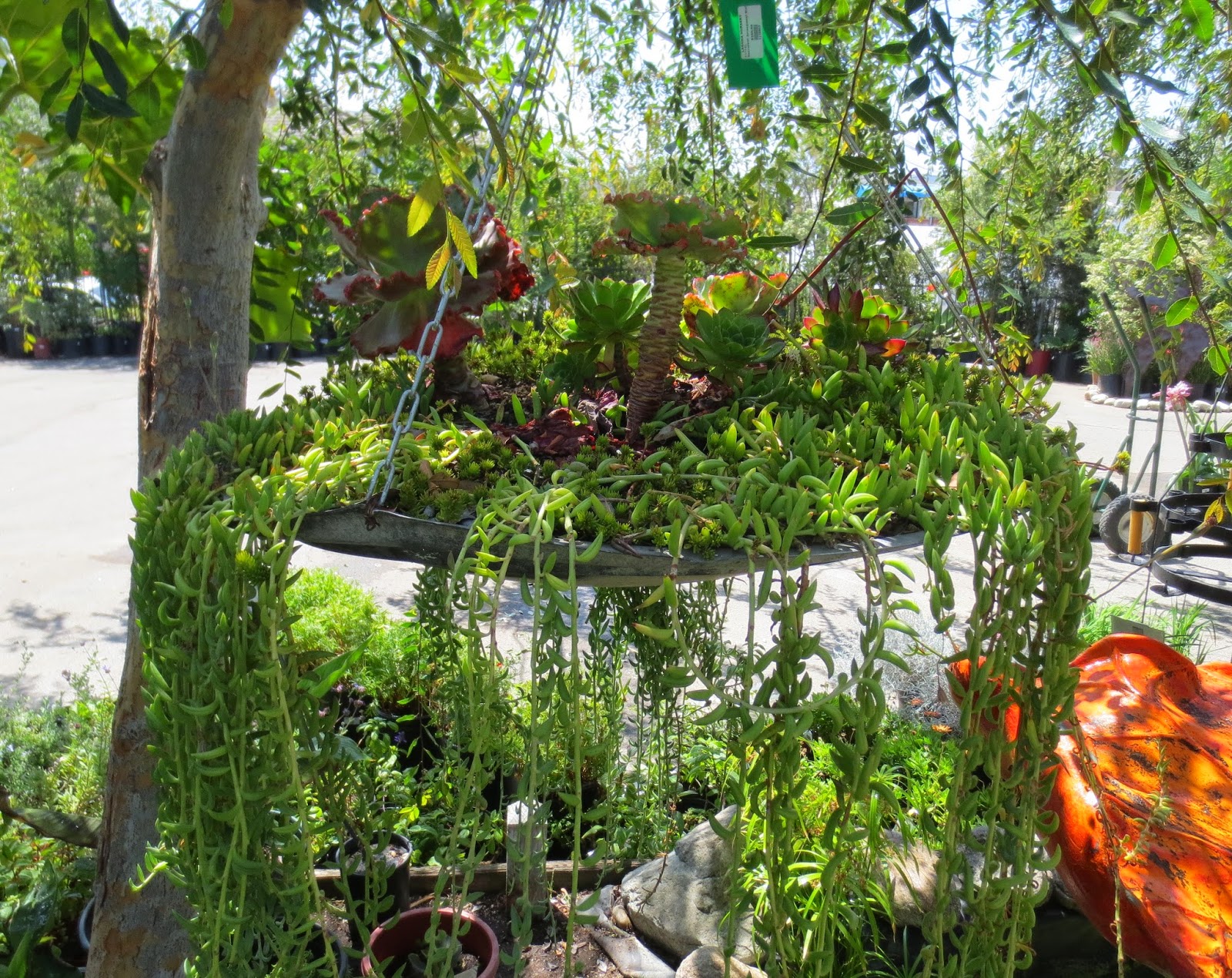 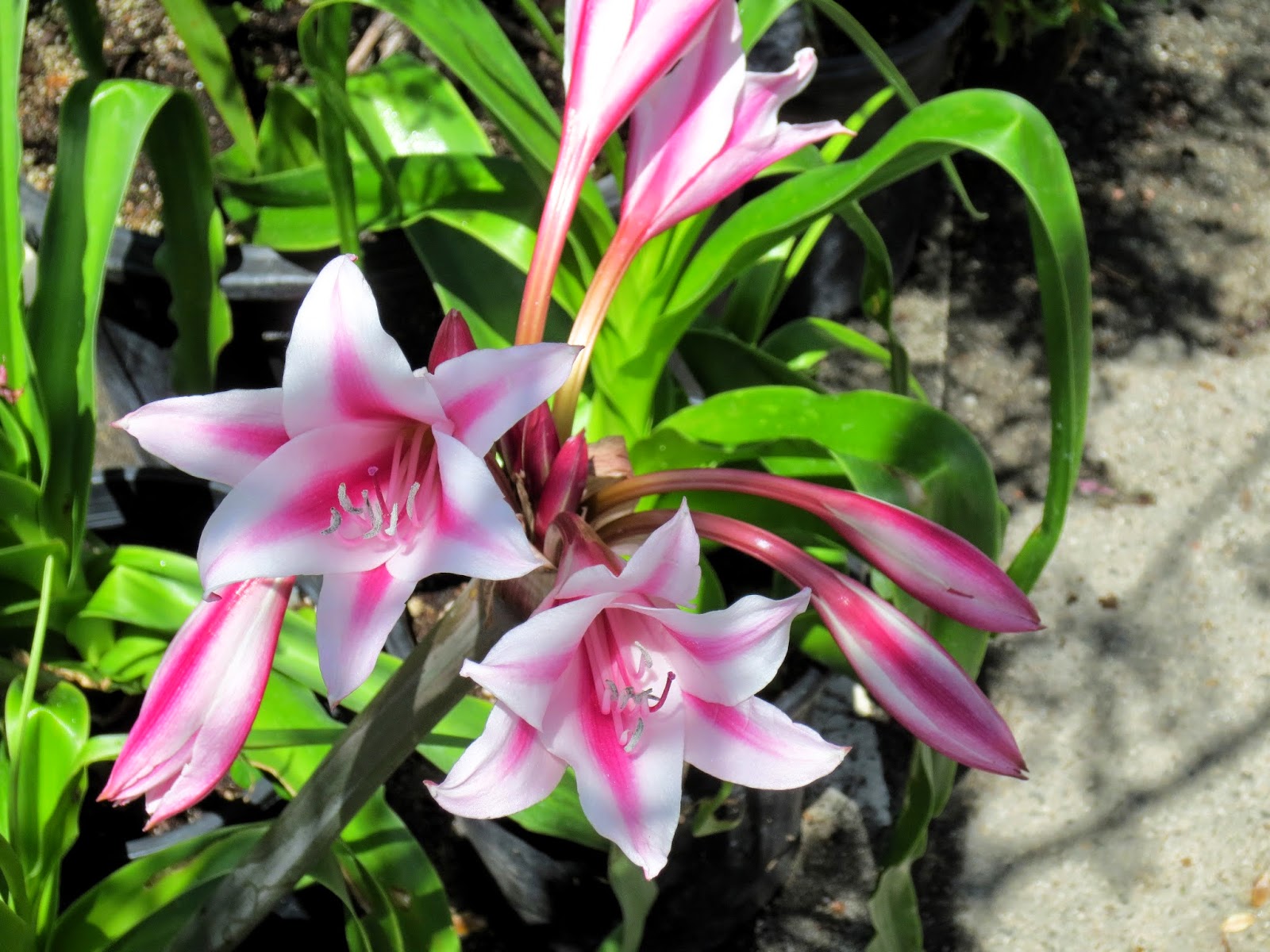 In the back of an adjacent parking lot for the Surf & Sand Resort, we found bedding plants, garden furniture and more garden sculptures. 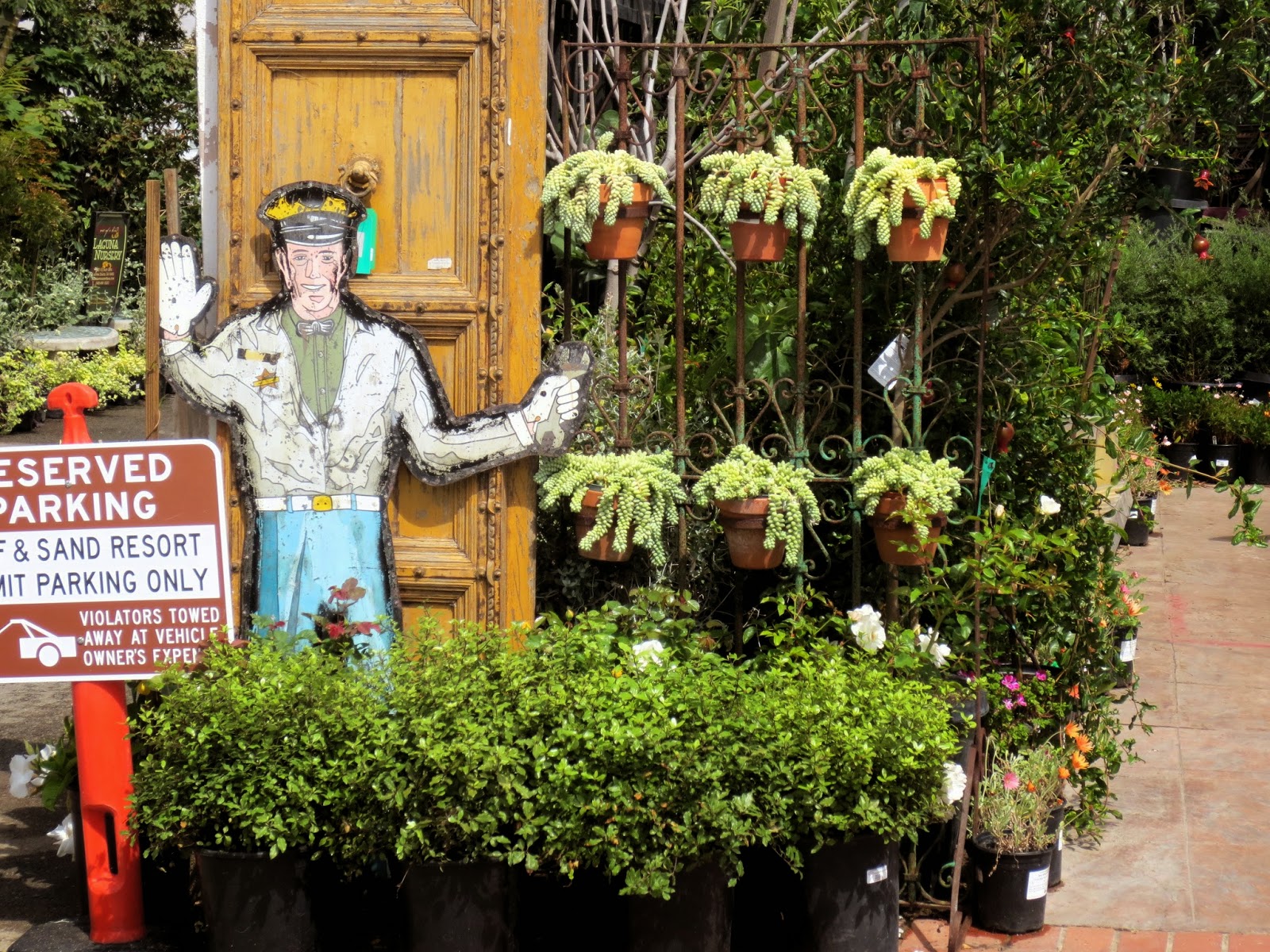 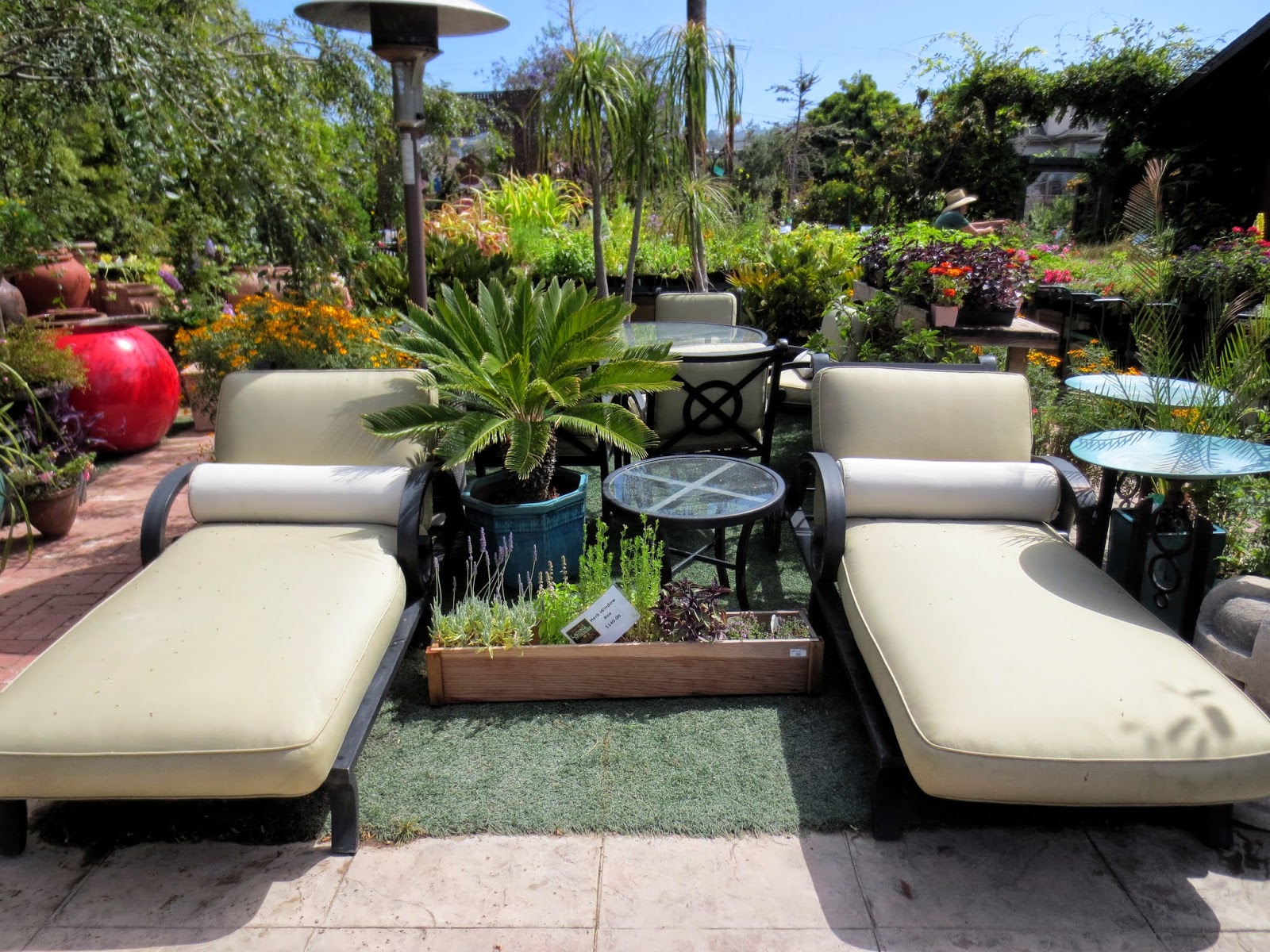 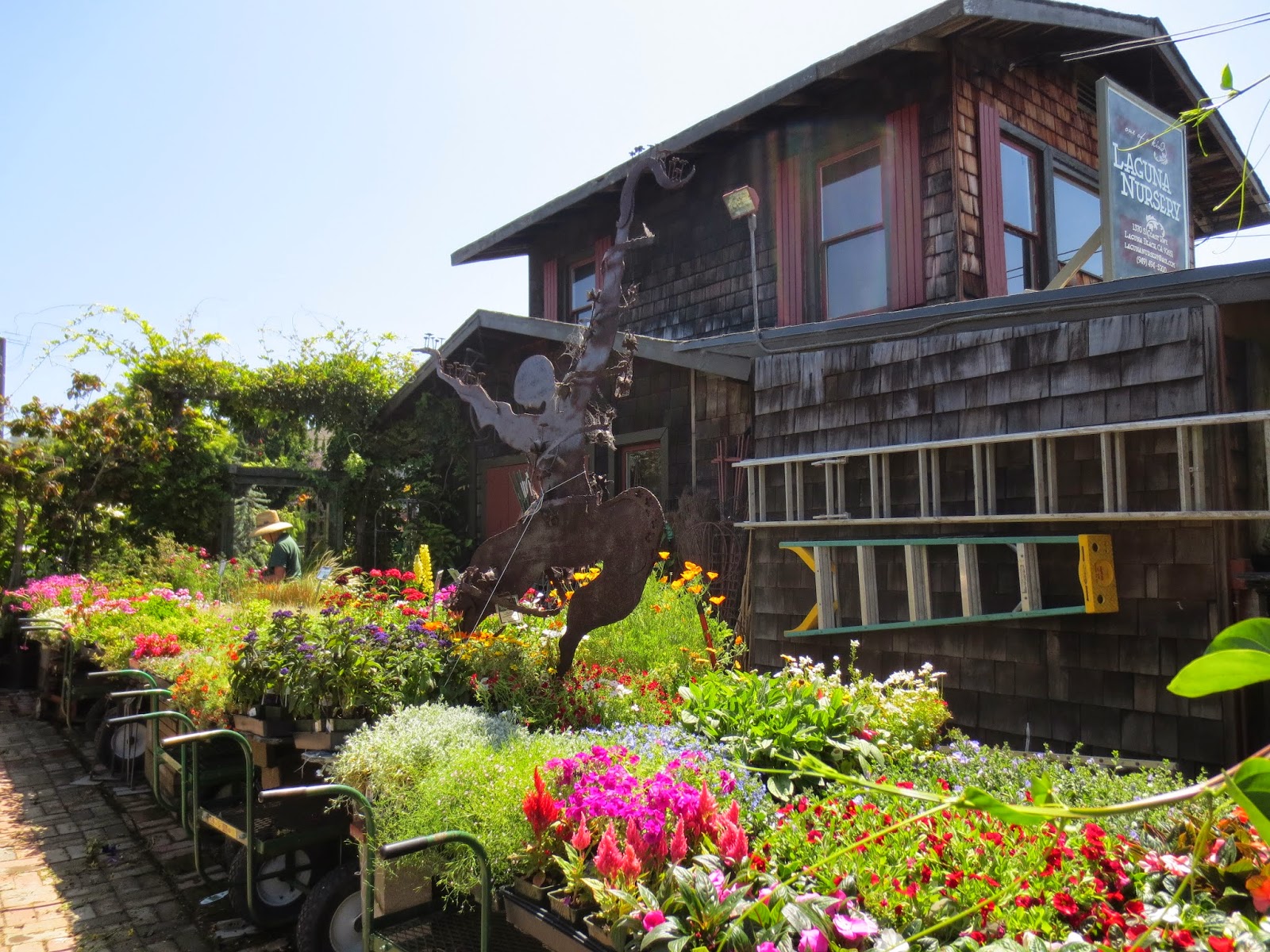 We entered the main portion of the nursery from the alleyway. 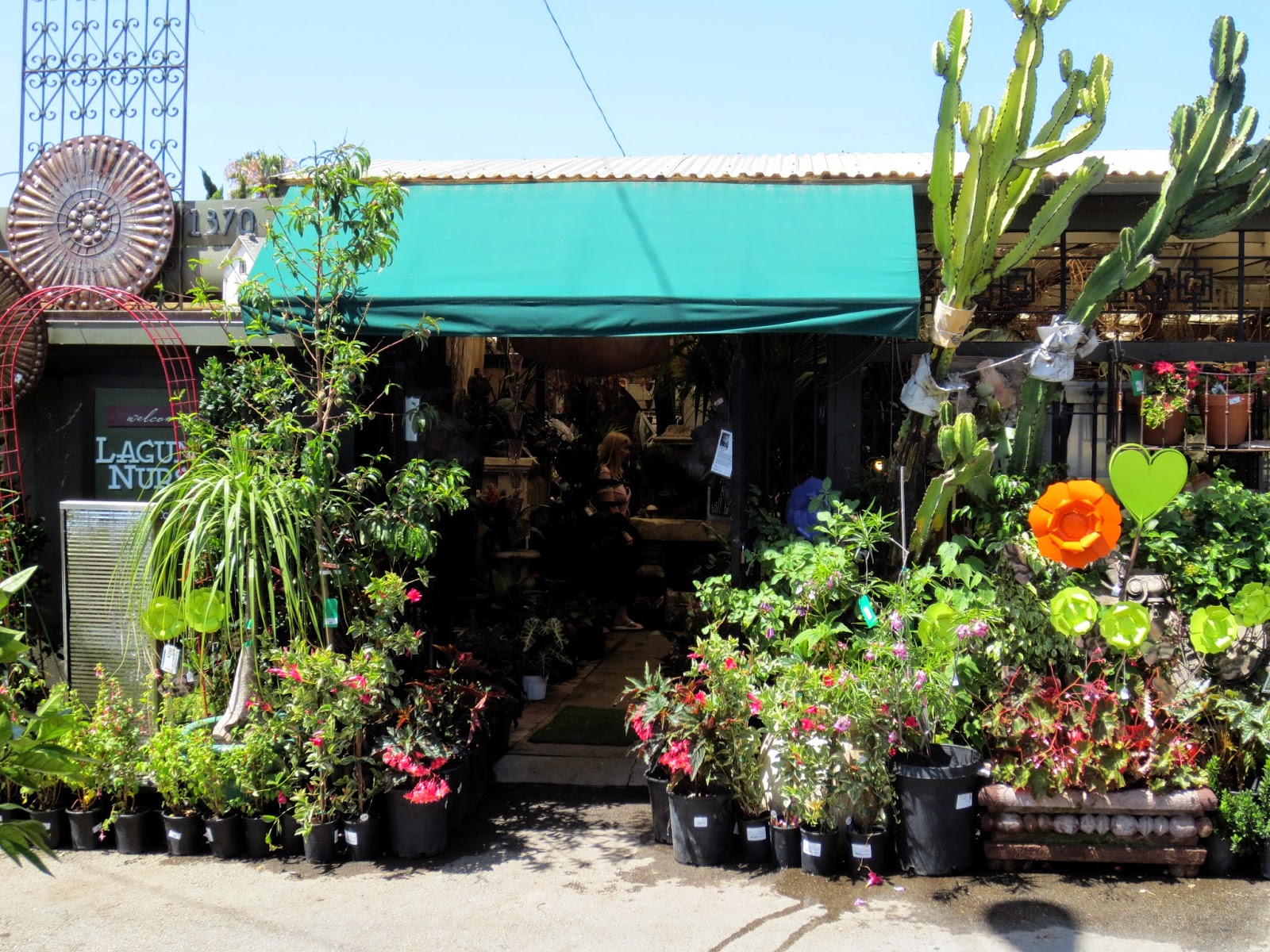 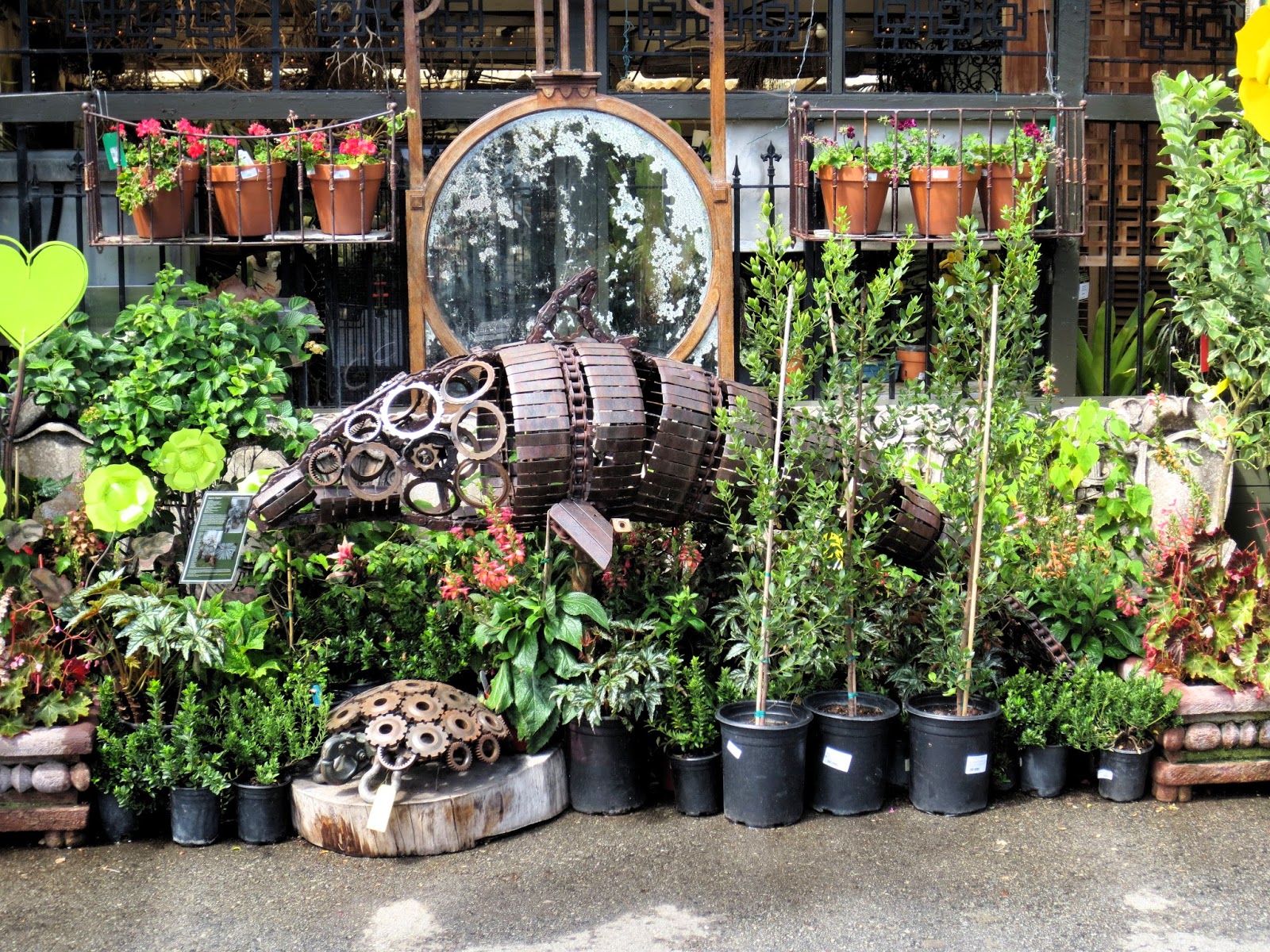 The inside premises were jam-packed with fanciful items arranged without any logical pattern that I could discern.  The eye was torn from one thing to another.  The aisles were narrow and there was little space between objects, all of which vied for attention. 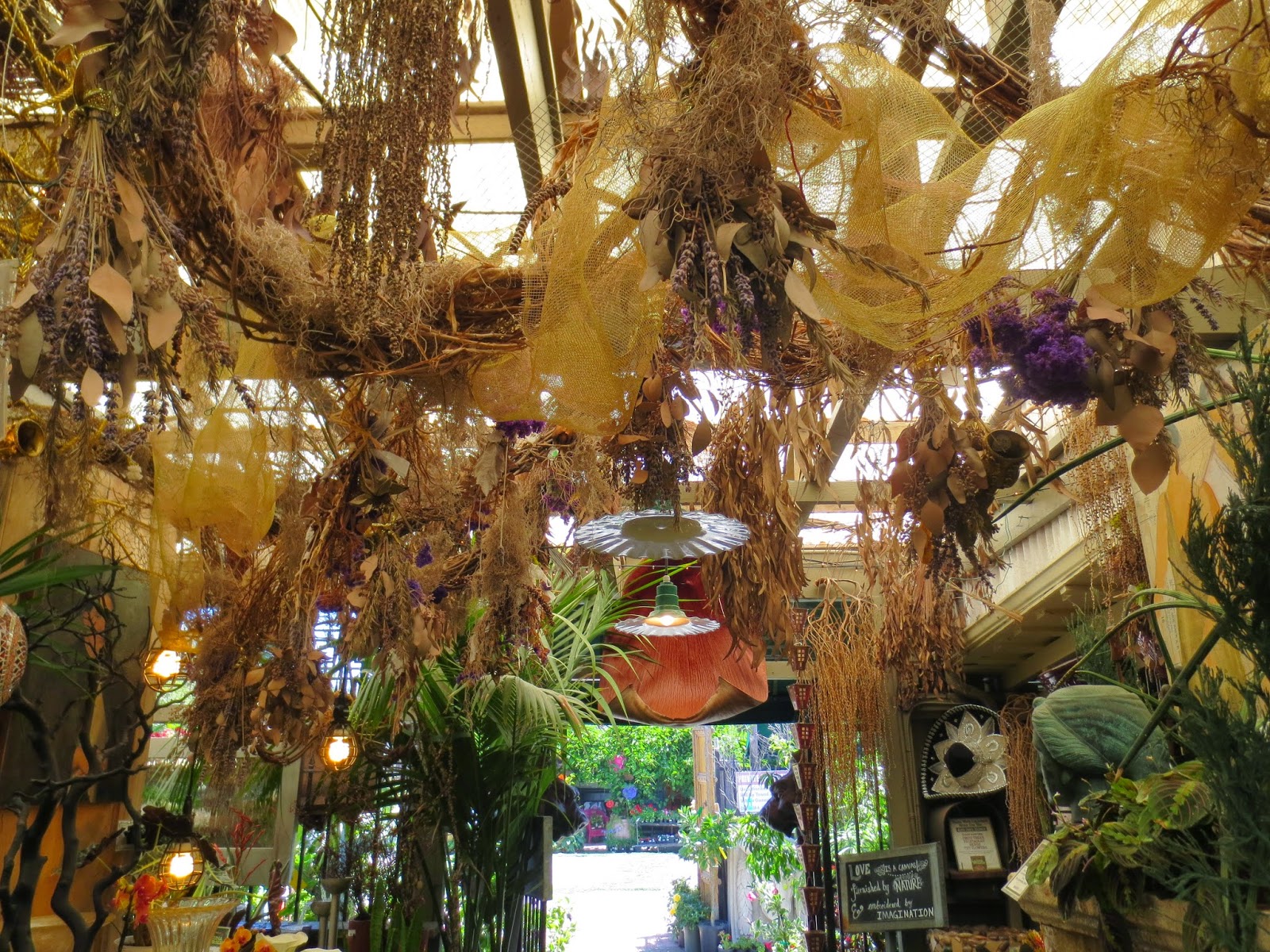 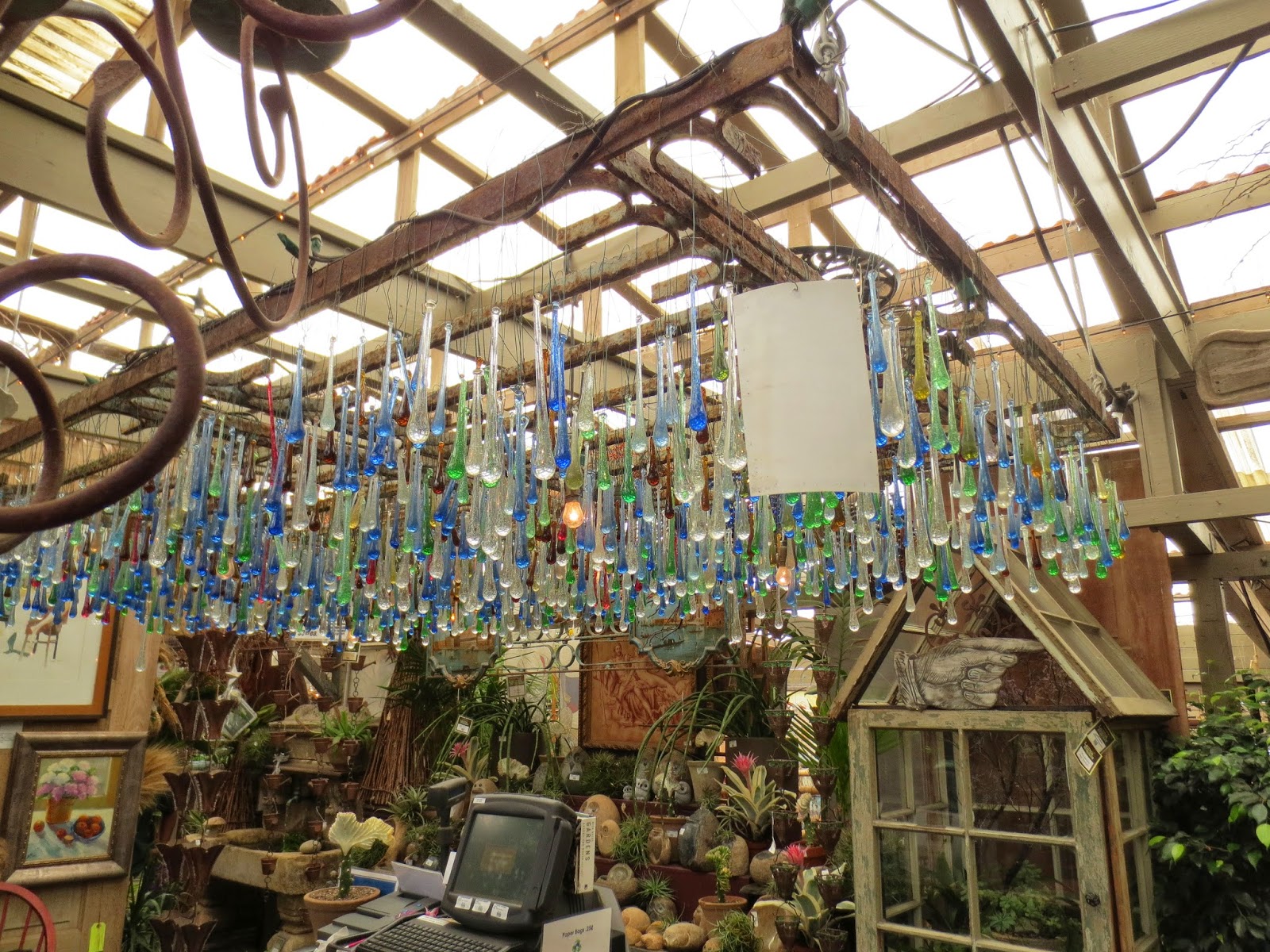 While the rooms felt somewhat claustrophobic to me, the feel of the place was lightened by bird song.  Birds occupied cages throughout the interior space.  I stopped counting them after a while but there must have been more than a dozen large cages occupied by varies types of birds, including Lovebirds, Budgies, Cockatiels and Parakeets.

The interior was organized around a central stairway, which stepped down to align with the street fronting the coastal highway.


I chose a more friendly exit than the one shown above to enter the outdoor garden area facing the highway.  Outside, I found more sculpture and lots of fountains of different types.

There were plants scattered throughout the grounds, inside and outside, but I found it difficult to focus on them when so much else sought to catch one's eye.

Going back inside, my friend and I explored the various rooms off the main stairway.  My favorite was what I thought of as the "forest room," although it defies any precise description. 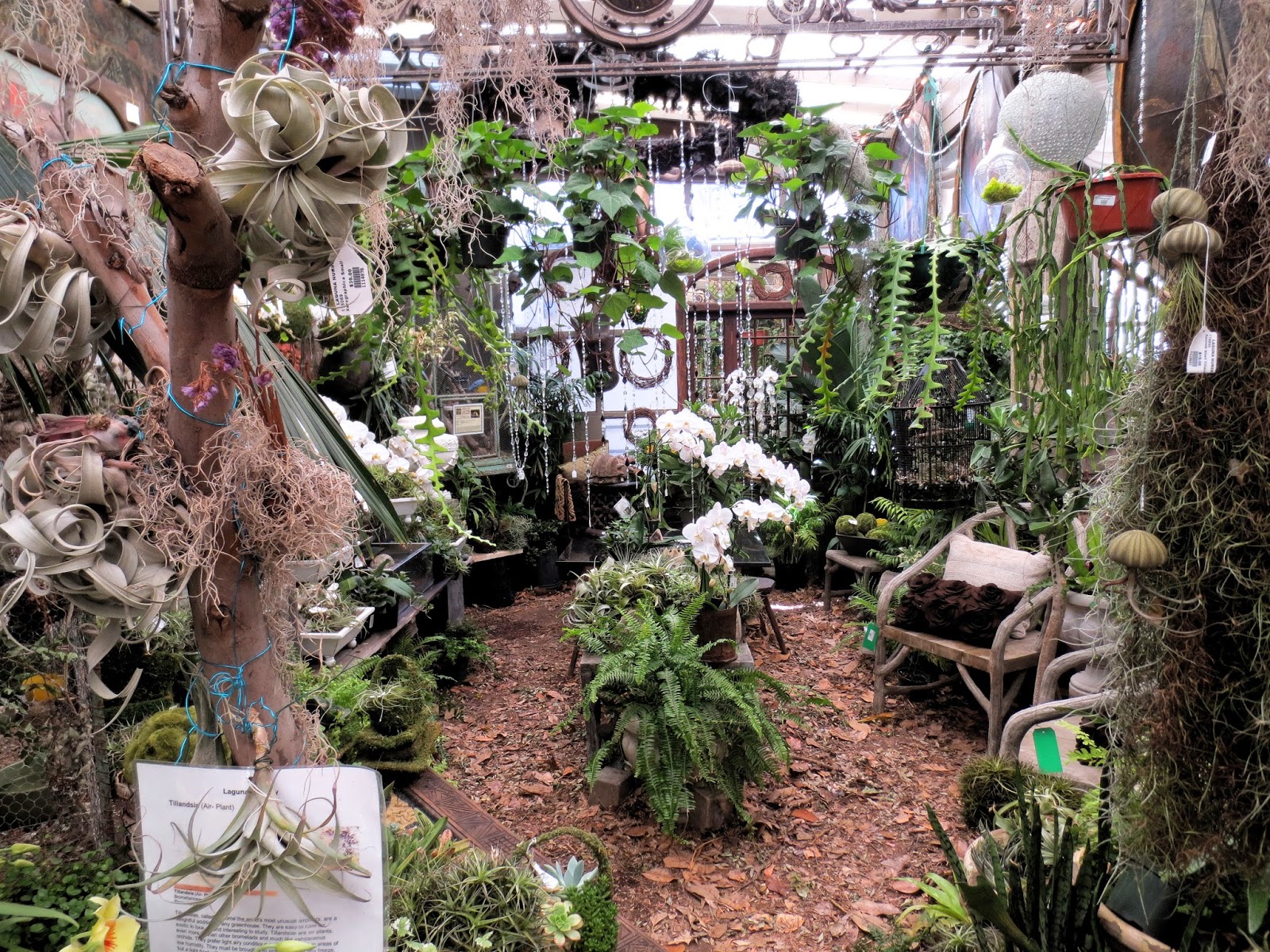 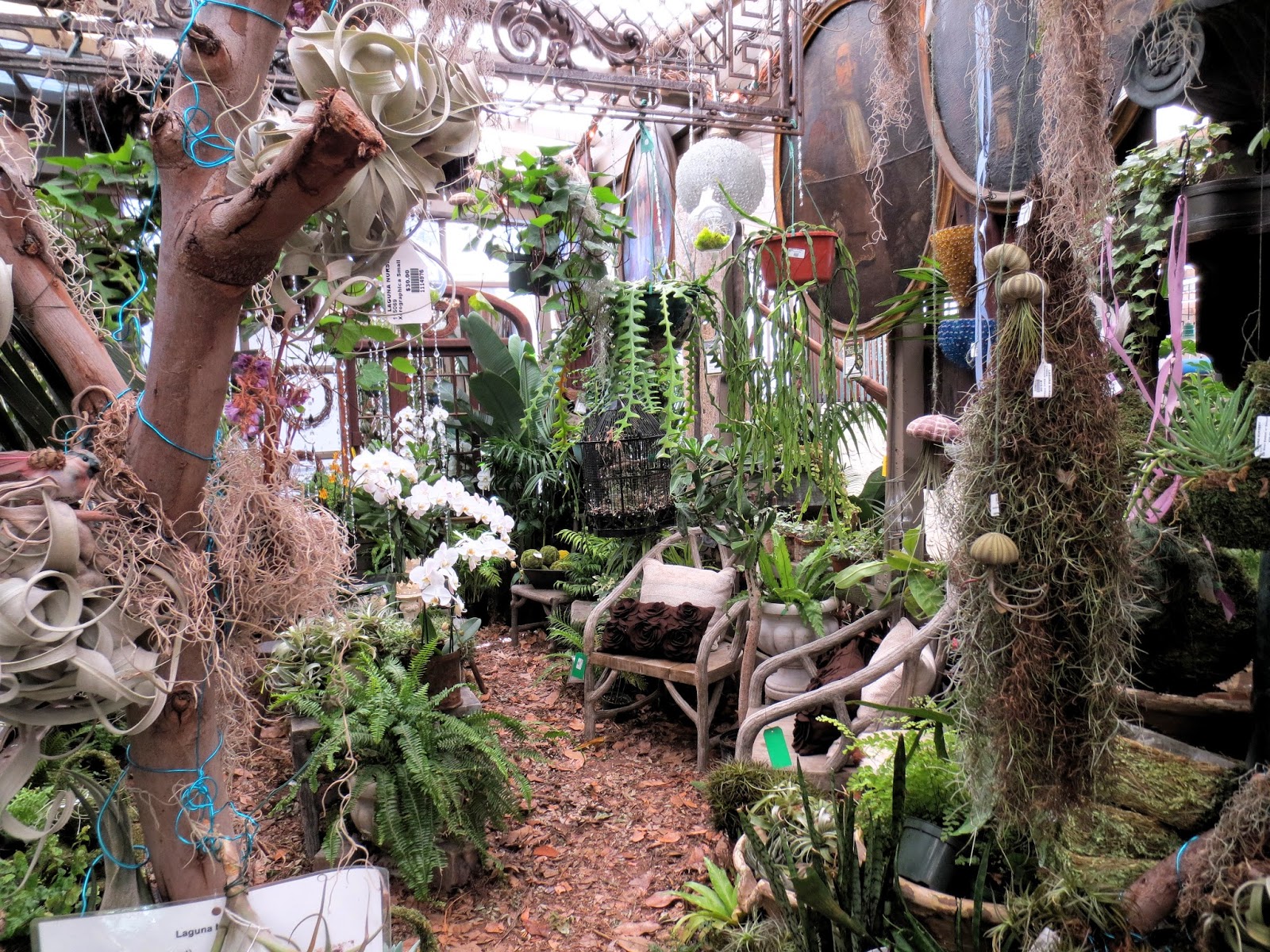 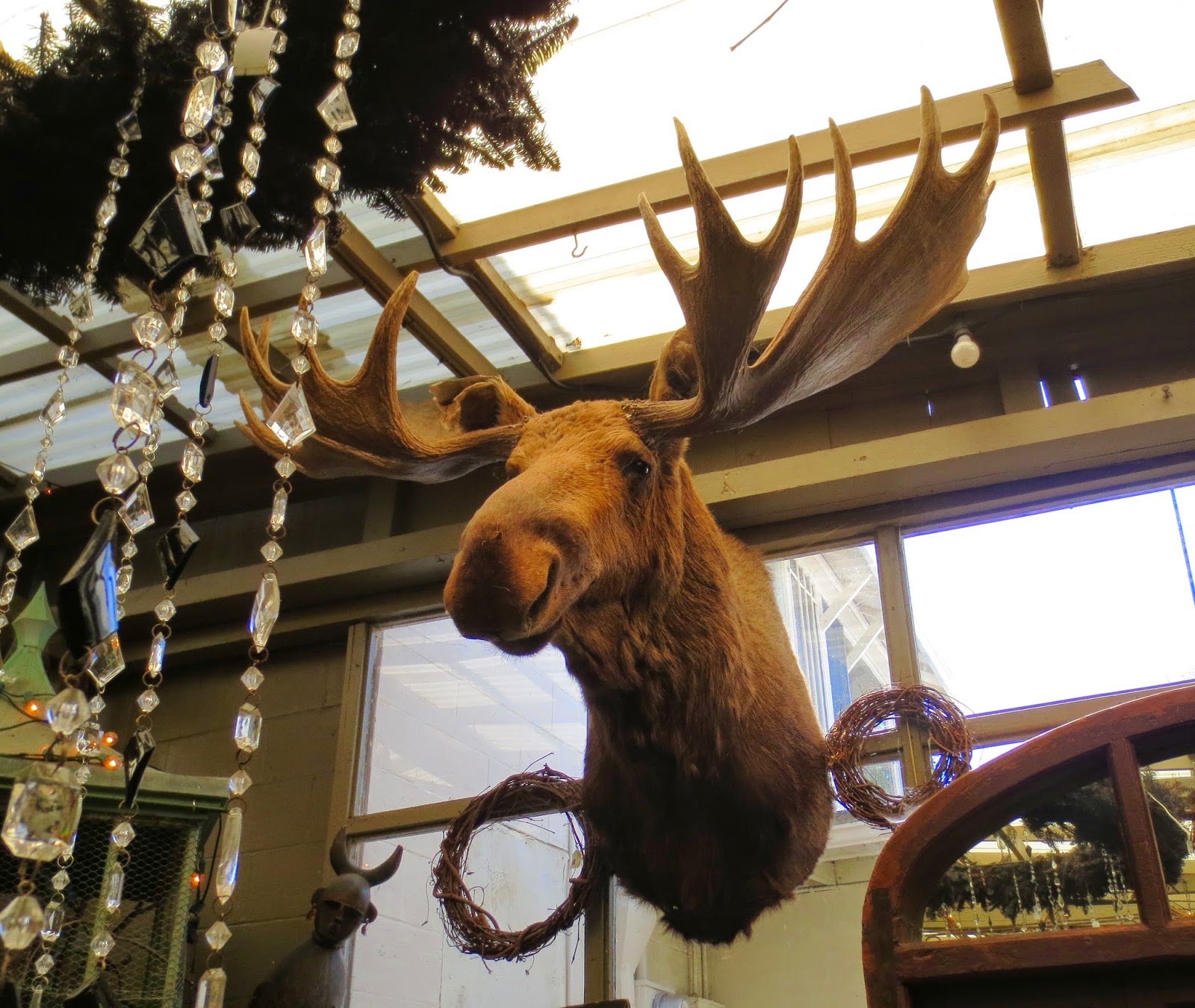 On the other side of the central walkway was a room with an eastern feel. 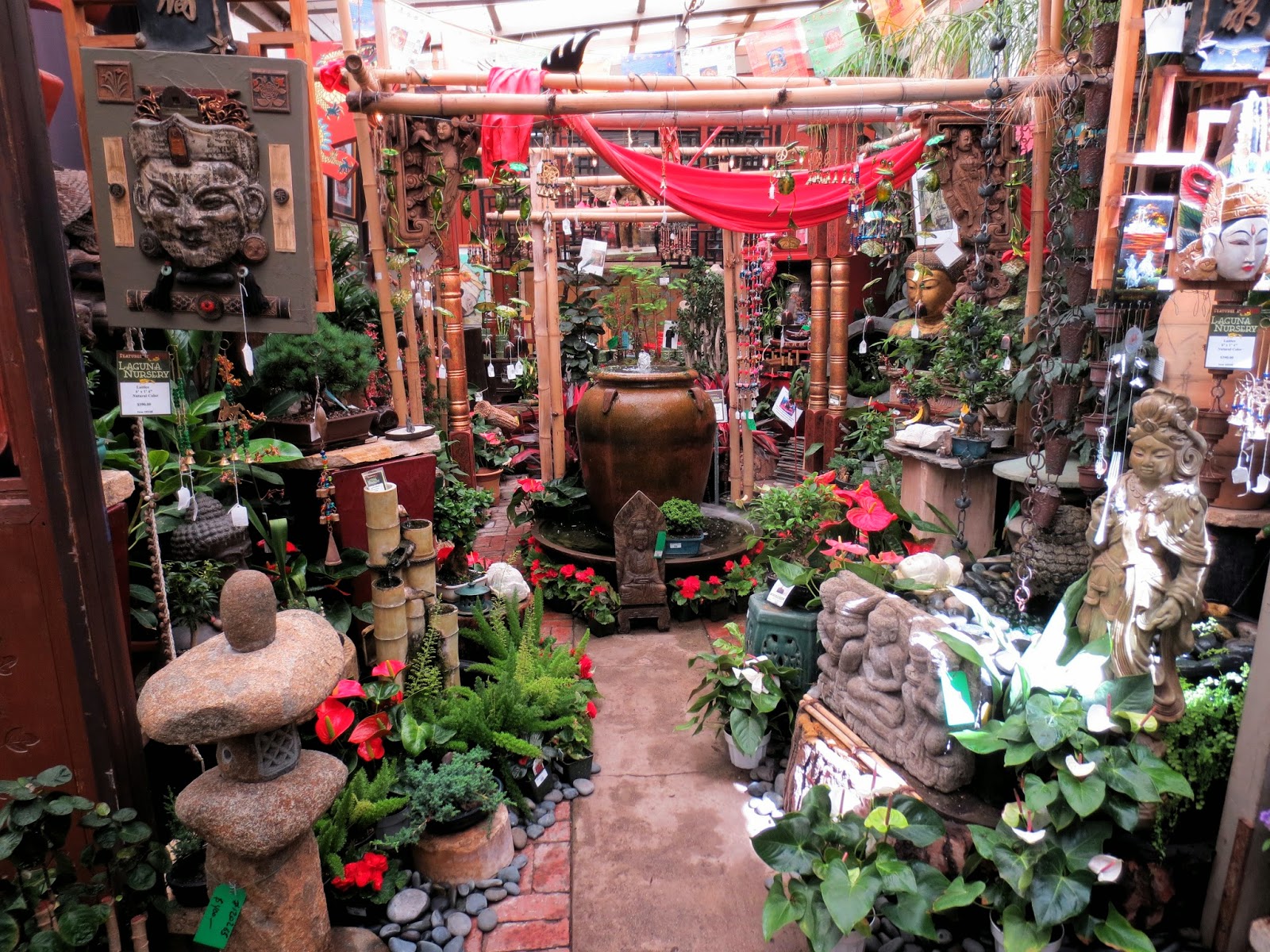 There were fountains and sculptures of different types throughout the interior space as well, all of which were expensive.  My favorite sculpture was one of 3 intertwined young women, along the lines of the 3 graces. 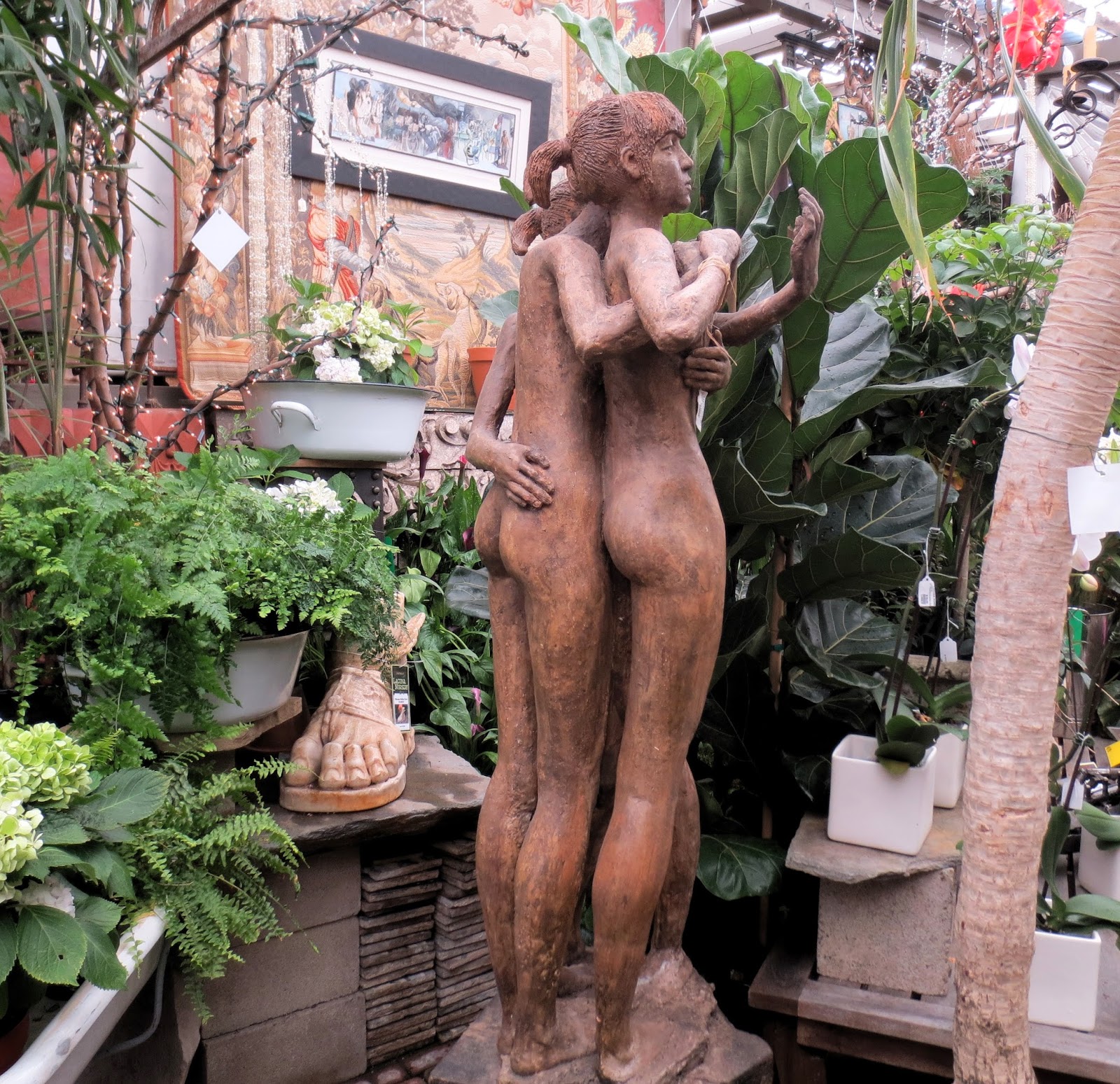 There were also items that defied classification, like this one.

We even took a peek at a design studio sitting next to the parking lot, which may or may not have been directly associated with the nursery.

In the end, my friend and I left with our cameras full of pictures but out pocketbooks intact.  I think we were too overwhelmed by the experience to purchase anything.  We had a leisurely lunch and then headed to Roger's Garden.  There, my friend bought one plant and I, true to form, bought more than a dozen.  I'll feature some of my recent purchases in a future post but I expect you, my dear reader, have had enough of my birthday shopping expeditions at this point.

Posted by Kris Peterson at 7:43 AM