I've got the blues coming on - the blue-flowered plants in my garden, that is.  Agapanthus dominate my borders at the moment but some of the smaller specimens of blue-flowering plants are also commanding attention.  I was torn between two prospects this morning, unable to decide which to feature in today's post in connection with the favorite plants meme hosted by Loree of danger garden.  I took photos of both and decided to make a decision based on which of the two took better pictures.  Hey, I live in the shadow of Hollywood - that's how decisions are made here!

The winner is Eustoma grandiflorum, commonly called Lisianthus, specifically a variety called 'Borealis Blue.'  I usually end up planting one or more colors of Lisianthus somewhere in my garden each year.  I find myself unable to pass them by when they arrive in the nurseries.  I bought the first of mine this year in late April, just before our first heatwave.  Three of the 6 I bought perished in their pots before I could get them planted but those I got in the ground are flourishing.


I found the plants in the 'Borealis' series, which grow 18-24 inches (46-61 cm) tall, in 4-inch pots but I've since found another double-flowered variety, 'Mariachi Blue,' in 6-packs so I've recently added more to my backyard border.  The smooth, gray-green, slightly succulent foliage is nice but it's the flowers that make this plant.  The largest flowers of the 'Borealis Blue' are 3 inches (7.6 cm) wide.  The stems  bear 3-5 flowers.  These flowers come closest to what I imagine a blue rose would look like if such a thing actually existed. 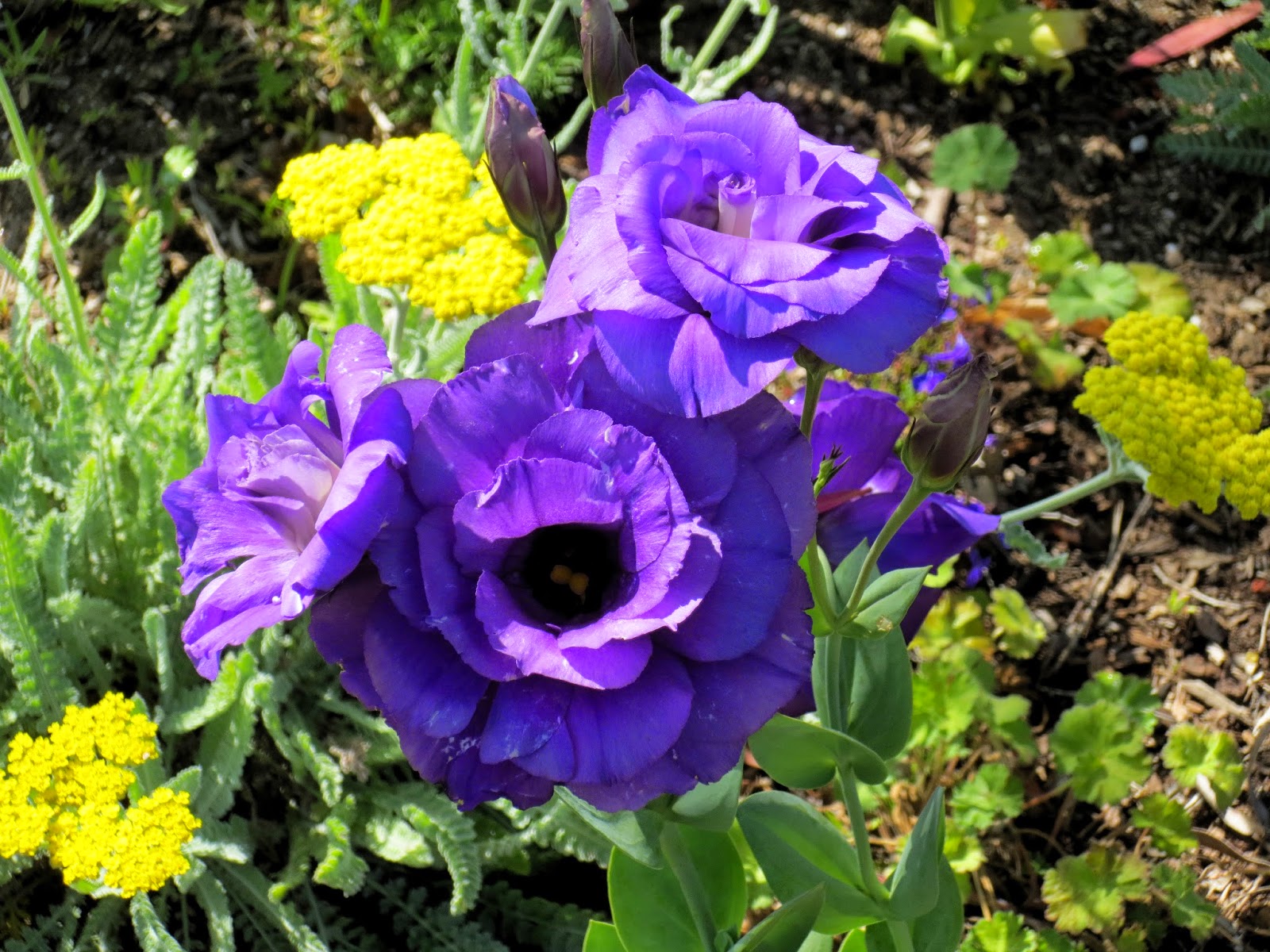 Eustoma grandiflorum is native to the warm regions of the southern US, as well as Mexico, the Carribean and the northern regions of South America.  It's suited to USDA zones 8-10.

Lisianthus come in a variety to colors in addition to blue, including pink, purple, white and, occasionally, pale yellow, carmine and bi-colors.  Last year, I put in some in a pale pink variety.  Although I pulled most of these last winter, I left one in the back border, where it's also in bloom now.


I'm thinking of looking for some white or yellow Lisianthus for my weather-worn front borders; however, the double-flowered blue varieties remain my favorites. 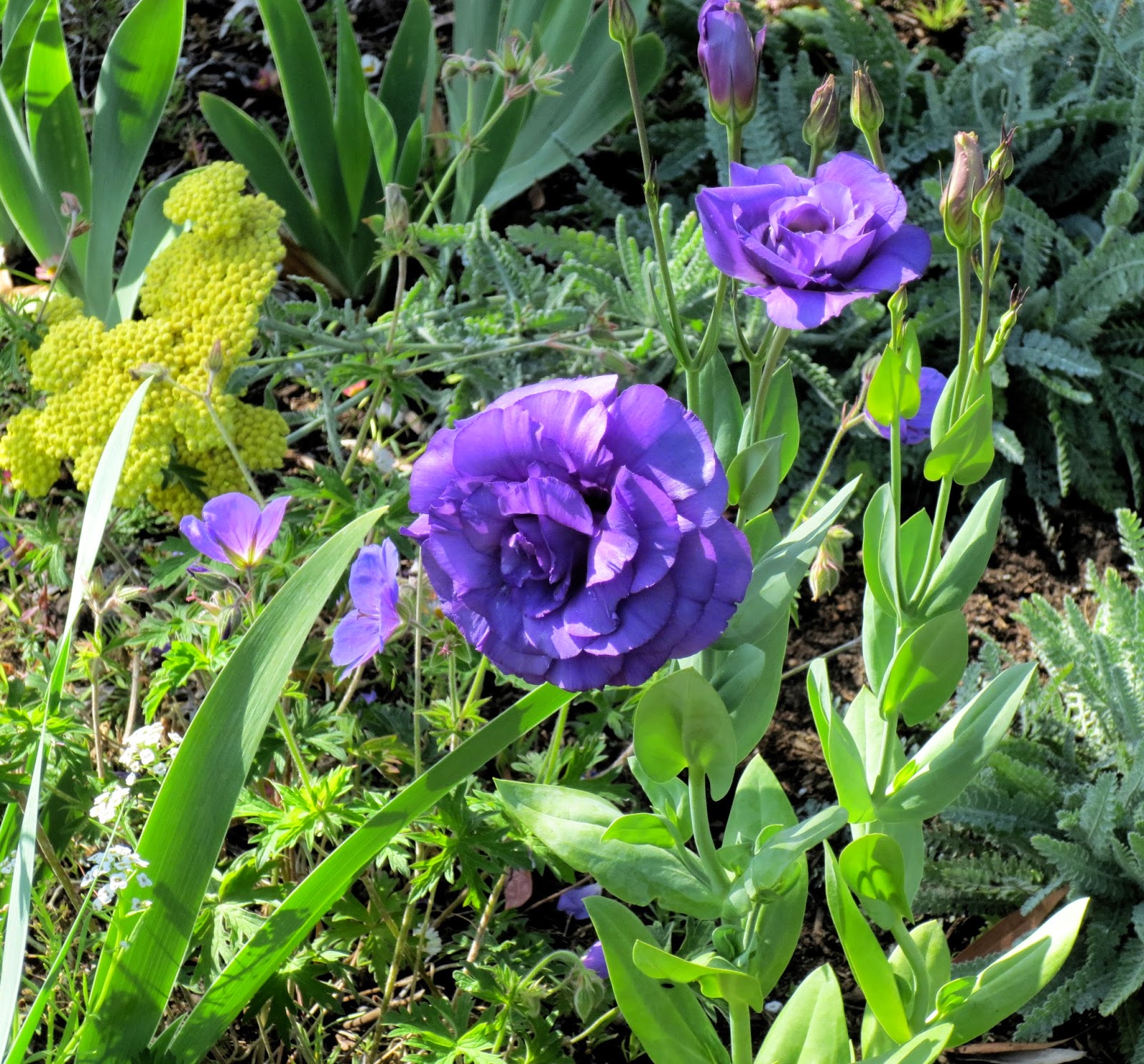