I'm finding it very hard to believe it's already October.  It feels like summer here.  The days are a bit shorter and the nighttime temperatures have finally dropped below 70F (21C) but those changes are the only real signs of fall.  Although we got a touch of rain early last month, giving us the wettest September in Southern California in 75 years, the garden remains very dry.  Daytime temperatures are hovering close to 90F (32C) so work in the garden is still largely confined to early mornings and late afternoons, which has made our work in digging up the backyard area formerly occupied by lawn slow going.

That's all I'm going to show of the backyard this month.  Like last month, instead of showing photos of each of the major areas of my garden for this wide shots post, I'm focusing on just one section: the front garden.

The earliest photos I have of the front of our house were taken by my brother on Christmas Eve Day, 2011, approximately one year after we moved in.  They show a front yard with lots of lawn. The lawn was green because the photos were taken in winter, our rainy season, and because irrigation wasn't restricted until 2014.

My first wide shot of the front garden was taken on September 30, 2013.

When I took photos for my wide shot post one year later in October 2014, we were in the middle of digging up the area formerly covered by lawn, going through a process nearly identical to the approach we're currently taking in the backyard. 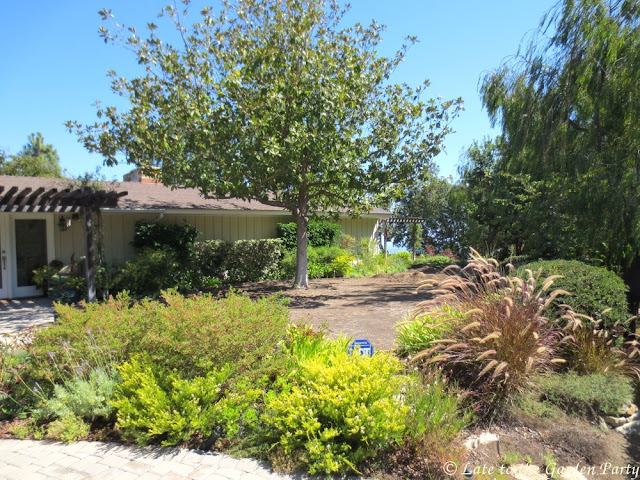 By January of this year, we'd completed soil preparation, laid flagstones and planted the area. 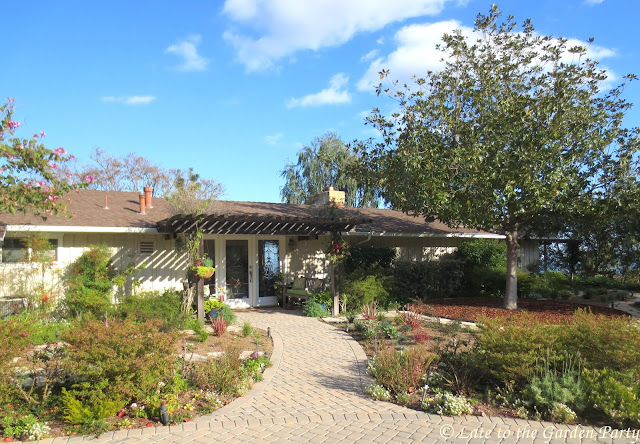 Last month, I didn't post photos of the front garden but I did take pictures. 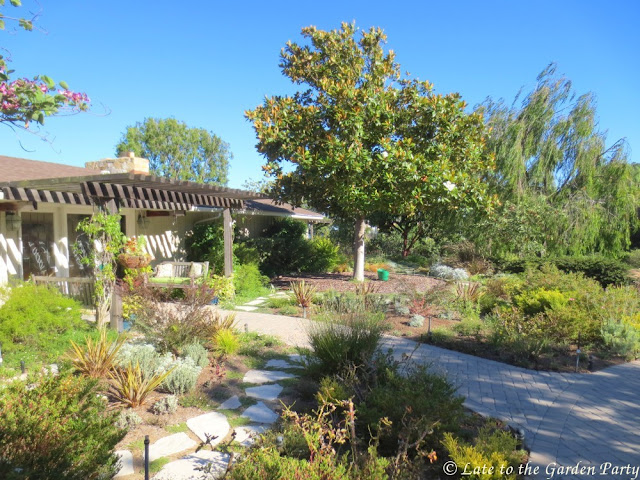 This month, the view is much the same except that it shows the bench/plant shelf we added surrounding the Magnolia tree in mid-September.  (Details are provided here.)


The starkest before and after comparison I can provide is this one:

As always, my thanks to Heather of Xericstyle, who started me on the process of collecting wide shots of my garden in 2013.