In a Vase on Monday: The Same but Different

I've heard many bloggers comment that they've felt the shift in the weather that fall brings but the change in seasons wasn't evident to me until Sunday when the daytime temperature plummeted, falling below 70F (21C) for the first time in months.  We even got a tiny bit of rain - 0.03 inches (0.8mm).  Although I haven't seen signs of many of our traditional fall bloomers yet, Plectranthus ciliatus 'Zulu Warrior', featured in a minor role in my "In a Vase on Monday" post 2 weeks ago, is coming on strong so it was time to give him his due. 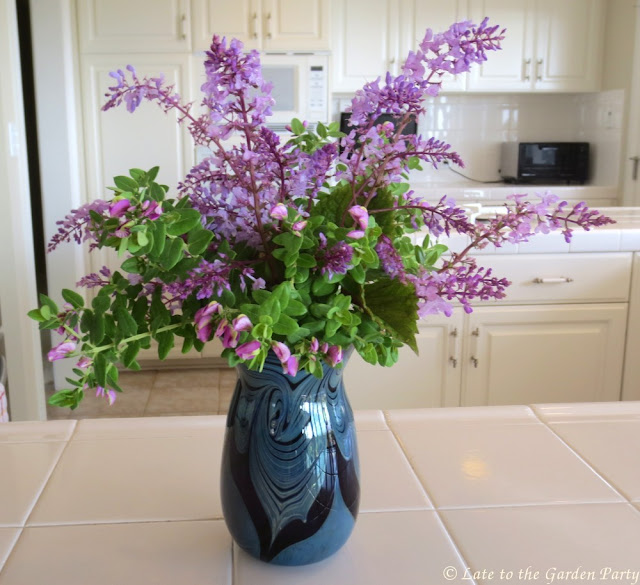 I considered a few additions to this vase, such as blue Eustoma grandiflorum and ivory Clematis terniflora, but in the end I let it stand with just 2 elements so that nothing stole attention from the 'Warrior' this time.

However, as you may have already guessed, I didn't stop at one vase.  There are too many pink Eustoma in the backyard border to ignore so I have yet another pink vase this week. 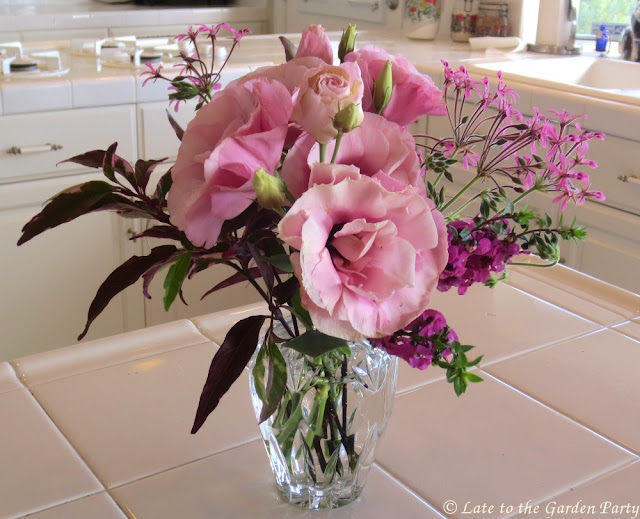 As the pink Eustoma can hold its own in a vase with just about anything, I had no compunction about throwing in other floral and foliage elements.

The first vase landed in the front entry. 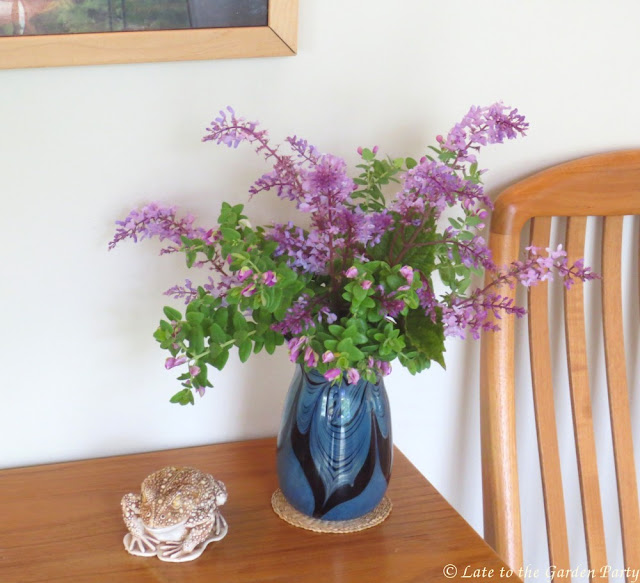 The pink vase ended up on the dining room table, mainly because it blends well with the table runner that was already there. 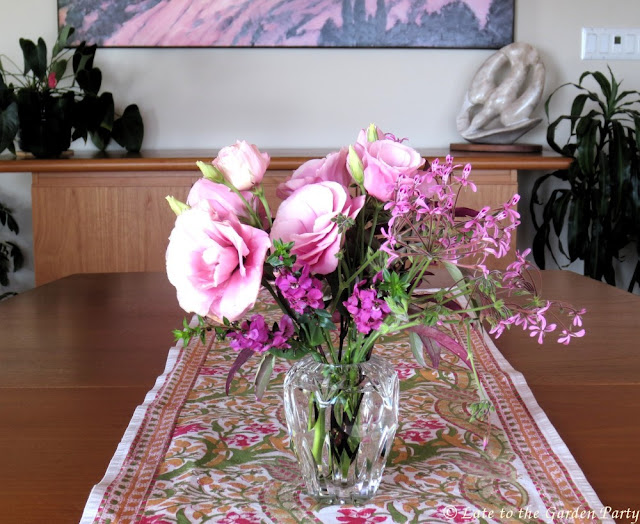 The large succulent vase constructed 3 weeks ago was displaced and now sits on the stone wall in the dining area, part of a built-in barbecue that came with the house.  (Apparently, in-home barbecues were an "in" thing in the early 1950s when the house was built but, after almost 5 years in the house, we still haven't figured out what to do with the space.)

My sympathies to any of you on the east coast affected by the terrible floods.  I hope the system clears out quickly without further damage.

Visit Cathy at Rambling in the Garden, the host of "In a Vase on Monday," to see what other gardeners have put together this week.