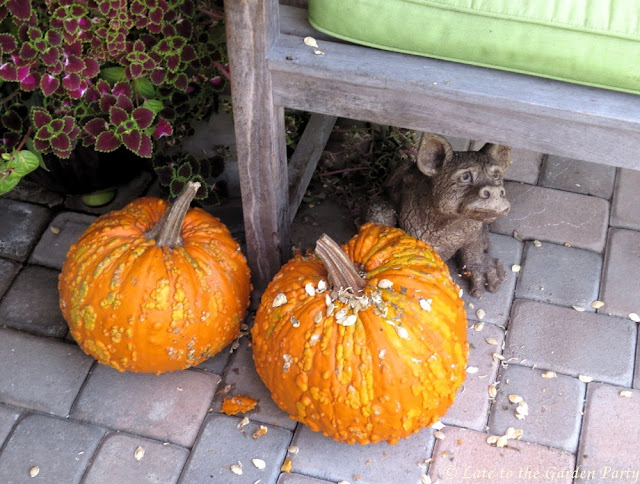 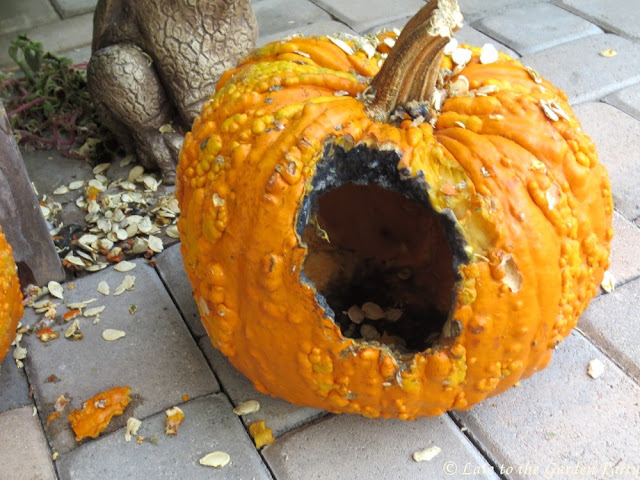 I'd say this was both a trick and a treat - a trick on me and a treat for a squirrel on a pre-Halloween binge.  When I put two pumpkins out by the front door, I knew there was a risk that the critters would go after them but last year they waited until the pumpkins had been sitting around for a few weeks.  I hadn't even gotten around to putting out any other Halloween decorations when I discovered the pumpkin carnage shown above.  My skeleton is literally still in the closet.

The smaller, undamaged pumpkin has been moved into the house.  A clean-up crew arrived to take care of the mess by the front door. 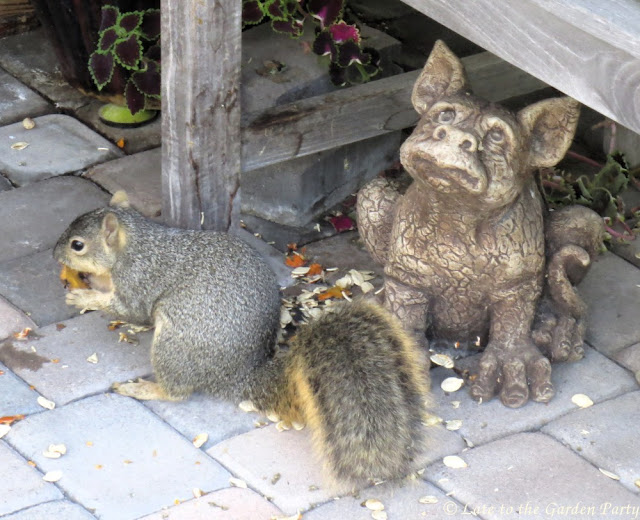 I moved the gutted pumpkin to the backyard, placing it under the bird feeders to allow the backyard inhabitants an opportunity to finish it off.  I saw the squirrel return to the scene of the crime this morning. 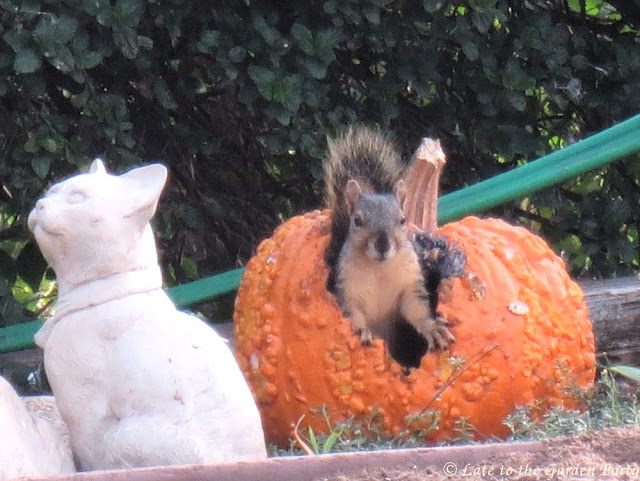 I hope you get more treats than tricks this Halloween!