In a Vase on Monday: The Last of the Eustoma (maybe)

The pink Eustoma grandiflorum (aka Lisianthus) in my garden got an extended period of bloom with its last flush when 'Mariachi Pink' returned as 'Echo Pink' was finishing up.  In recognition of its stellar performance this season - despite heat, wind, and water restrictions - I thought it deserved one last vase.  If the temperatures ever drop, the pink, yellow, blue and/or white Eustoma may be back for yet another round before the year is out but I'm not counting on major floral displays from any of them. 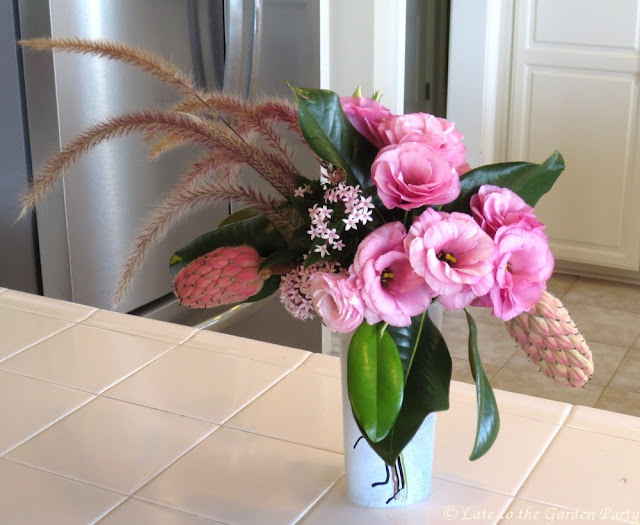 I kept my vase relatively simple this week so as not to upstage the Eustoma.  Here's what I included:

The vase is sitting on the dining room table, once again displacing the water-less succulent vase as I still haven't gotten around to disassembling it. 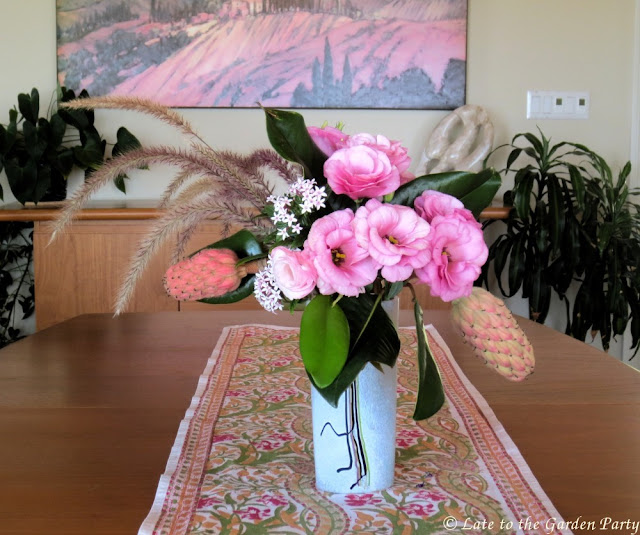 Thanks Eustoma for providing me months of blooms and, by my count, 23 vases this year (so far), 12 of which have featured one of the pink varieties.

Visit Cathy at Rambling in the Garden, the host of "In a Vase on Monday," to find more vases containing locally-collected flowers and plants.