How can a creature that looks so cute be so horribly destructive?


Once again, the blankety-blank-blank creatures are rampaging through my garden under the cloak of darkness.  I wrote about the damage they did in the vegetable garden here in January.  They've paid some nocturnal visits since but, other than pulling seashells out of the fountain and uprooting a few small plants, they haven't done much damage - until now.

I was in the side yard last week when I noticed this. 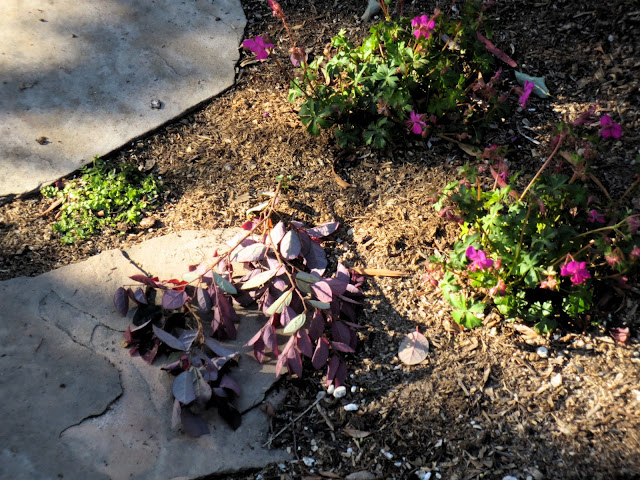 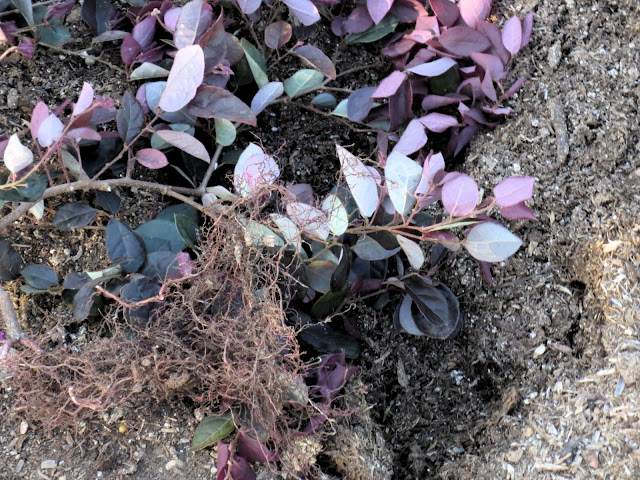 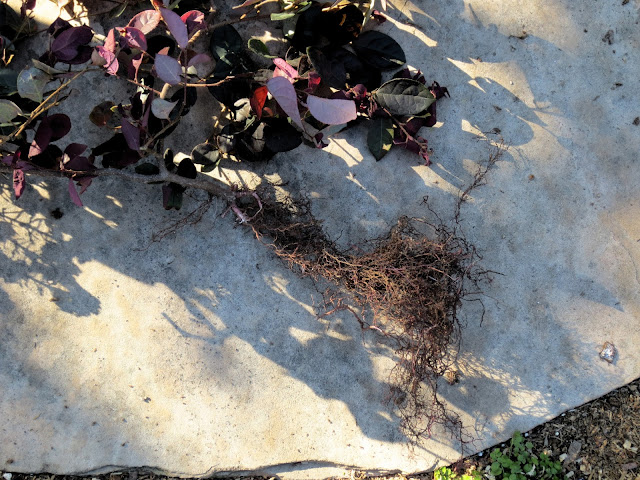 Sheer meanness!  A perfectly healthy Loropetalum chinense torn out by its roots.  Pieces of the plant strewn about.  I tried replanting it but it was too far gone and it dried up.

Then, the next day, I found the Lupinus chamissionis I'd been so delighted to locate at Seaside Nursery in Carpenteria, also yanked out by its roots.  Here it is right after planting. 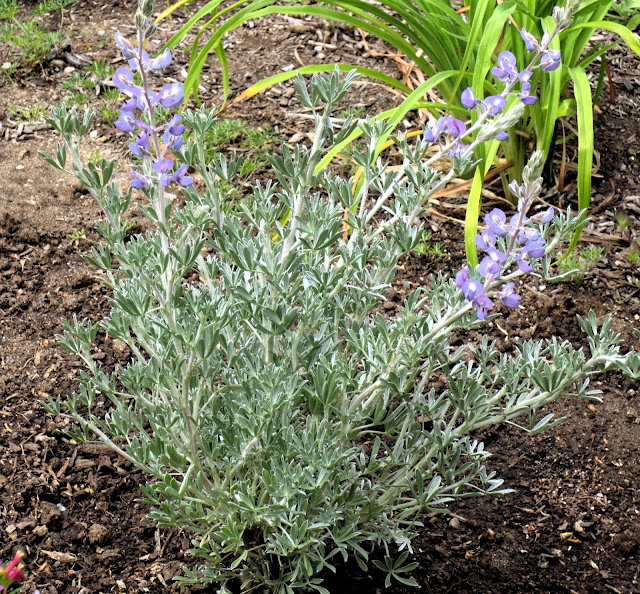 Here's a picture of what I hoped to have someday.


Here is what I have now. 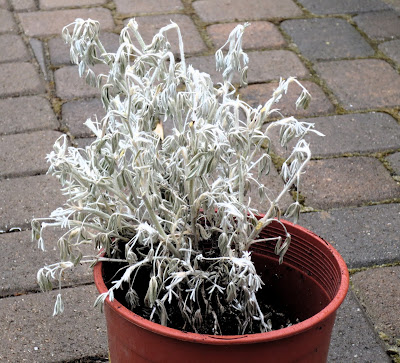 Upon discovery, I tried to revive the Lupinus by soaking the remaining roots, cutting back the plant and replanting it in the safety of a pot.  As you can see, it hasn't sprung back and I don't hold out much hope that it'll recover.

The raccoons also tore out and shredded an Artemisia absinhium I'd recently transplanted from a 4-inch pot.  I found only a tiny piece of that plant - and a hole in the ground.  The next day I found they'd dug up some Aeonium cuttings and the Amaryllis bulbs I'd moved from a pot into a bed along the street.  They have an amazing ability for identifying recently tilled soil.

Their greatest sacrilege yet?  They dug up around the base of my prized Itoh peony, which I wrote about here earlier this week.  Fortunately, that plant was either too large or too closely surrounded by other plants to make it an easy target and they moved on.  Now, I'm making tours around the property every morning to check for and address any damage.

I talked to a nursery employee who told me that the raccoons are very active right now because their pups are being born.  They dig the soil looking for grubs.  Trying to relocate them is a pointless exercise in our area - even if I succeeded in trapping them, it's not clear that Animal Control would bother to move them and, as the region is so heavily populated with raccoons, others would just move in anyway.  So, I'm concentrating on actions to make the garden a less attractive target.   According to internet sources, milky spore granules can help reduce the grub count in the soil and something called Whole Control spray can temporarily add a bad taste to the soil to deter them.  We already control our trash and don't have any issues in that regard.  Hopefully, the non-poisonous controls will help.  If not, I may have to move up to motion-activated sprinklers or something or that sort.  Do you have any tips for deterring raccoons?
Posted by Kris Peterson at 11:10 AM