Yesterday, I published a post on the display gardens exhibited at the Southern California Spring Garden Show here.  I thought I'd also share samples of what was offered by the vendors that occupied the second and third floors of the show "grounds", which occupied the home goods wing of South Coast Plaza, one of the largest (and most expensive) shopping malls in California.

There were the expected selections of plants - some unusual, most not - as well as gardening tools, decorative items, and tables representing various plants societies, the Master Gardeners Program, and a local botanical garden.  In addition, certain specialty items were featured in profusion, most notably, bonsai, fairy garden materials, orchids and succulents.

The bonsai shown below weren't for sale but there were plenty that were.


I lost count of all the vendors offering fairy garden plants and associated paraphernalia.


Orchids dominated the third floor of the garden show.

Succulents (and some cactus) were available in almost every size, shape and configuration you can imagine.


I bought several plants on my first run through the show, including 3 Pelargoniums, a yellow Leucospermum I'd been searching for, and a Cleome isomeris, a drought tolerant California native reported to perform well on slopes.  When I returned to the show 2 days later with other friends and a plan to buy 2 additional Pelargonium and some true Geraniums, I found the stock had been seriously depleted and I walked away with just 3 Geranium 'Max Frei,' a compact true Geranium.  I guess, as the saying goes, "he who hesitates is lost."  Or maybe a more positive expression of the same result would be "you win some, you lose some."

As a parting shot, here's a picture of one of the display gardens I wasn't able to get a good picture of on my first visit.  This vertical garden, titled 'Starry Night' after Van Gogh's painting, was designed and constructed by students of Mt. San Antonio College.  It was a great effort, even if the Heuchera didn't hold up so well. 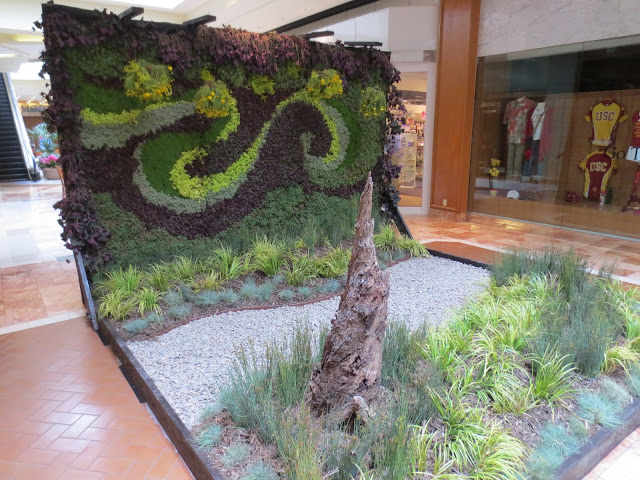 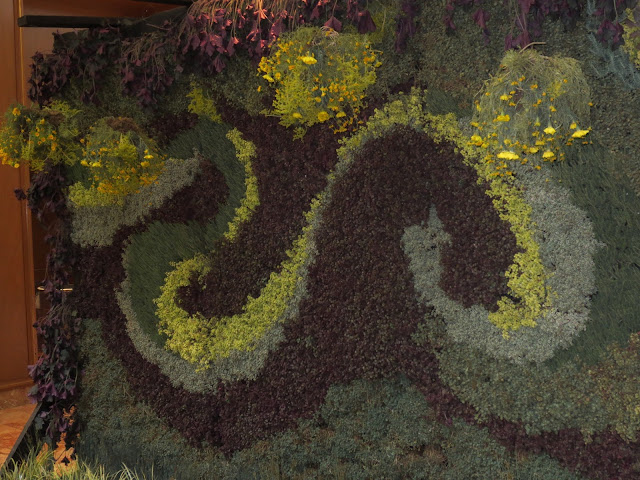 Posted by Kris Peterson at 9:23 PM