For several years I've routinely attended the Spring Garden Show held at South Coast Plaza in Costa Mesa.  Yes, this garden show is set up in a shopping mall.  Actually, this works for me as I can often get even my non-gardening friends to come along.

This year's show runs from Thursday, April 25th, though Sunday, April 28th.  I attended on Friday with one friend but will be back with 3 others tomorrow as I wasn't able to line everyone up for the same date.  That's also fine with me as it gives me time to deliberate as to certain purchases.

The showcase gardens are on the first floor.  Every year there's a central display along the lines of a small Rose Parade float.  I thought this year's construction, dedicated to Andy Warhol, was less impressive than the offerings in prior years.  The centerpiece was a facsimile of Warhol's tribute to Botticelli's Venus, constructed of a mix of paint and floral materials (dehydrated safflower, red bell pepper, carrot flakes, strawflowers, Vanda orchids, lilies, heliconias, and chive and flax seeds).  The picture is stacked on top of other "canvases" made up of various flowers.


There were 9 other exhibits, only a few of which I found really interesting.  The first of these was a vertical garden depicting Van Gogh's 'Starry Night,' created by the San Antonio College Horticulture Club.  Unfortunately, the lighting was bad and I was unable to get a good picture.  The 'Art of Exterior' by the Garden Gallery featured statuary and interesting lighting features settled in among Nandina, Japanese Maples and other foliage plants. 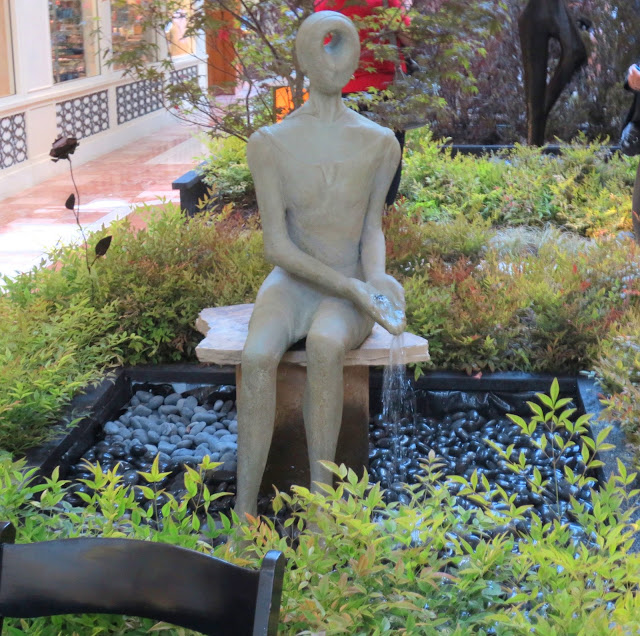 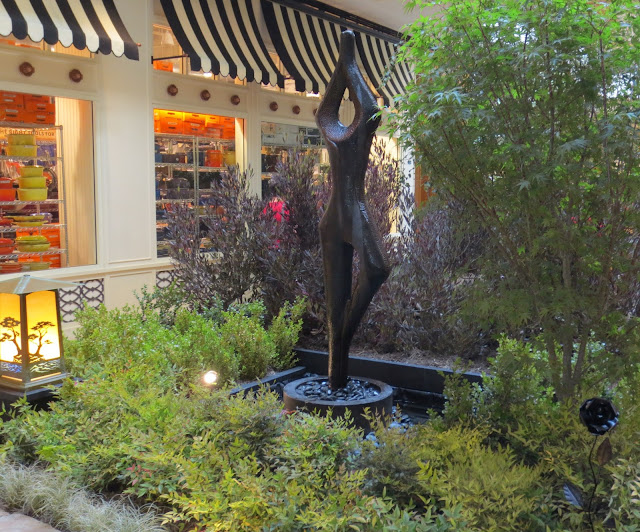 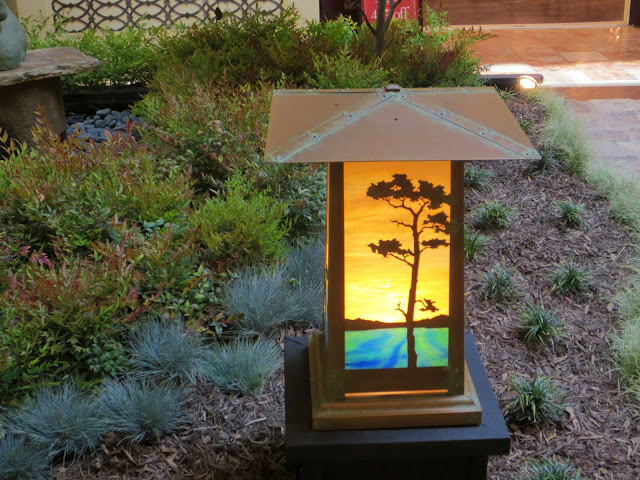 The next exhibit, entitled ''Thoughts in a Garden,' was very unusual.  Before I tell you who created it, let me show it to you.  Maybe you'll pick out what's odd about it before it did.


This exhibit was constructed by Fairhaven Memorial Park to advertise burial plots placed in a garden setting.  In addition to the plaque shown in the last picture, there are empty spaces for other plaques in some of the other stones.  There was a woman on hand handing out business cards who chatted me up.  I told her that the setting was certainly nicer than the Forest Lawn memorial park where my parents and grandmother are buried.  She suggested, not particularly subtly, that I might want to consider making my own arrangements with Fairhaven.  I moved along.

The next exhibit, 'Tunnels,' by Garden Pros Landscape, had a large, curving wood deck.  Wood chairs, backed by a subtle water feature, were surrounded by succulents.


The last exhibit I'll share was probably my favorite.  It was called 'An Architectural Garden Inspired by Environmental Art & Natural Forms' and was the production of Orange Coast College students.  There was a lot of wood in this one too and, because of its open structure, it was particularly challenging to photograph. 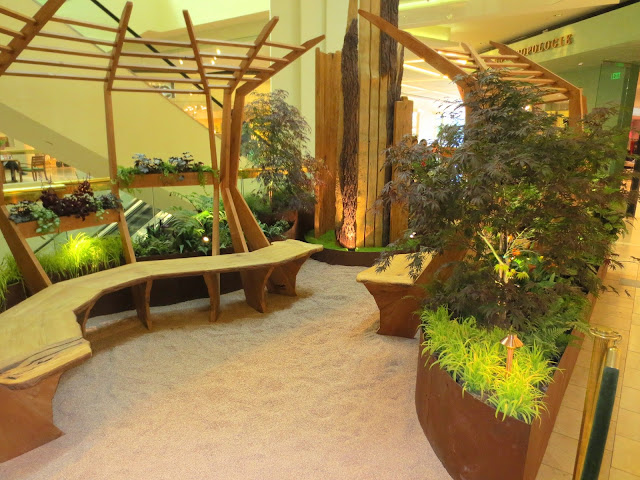 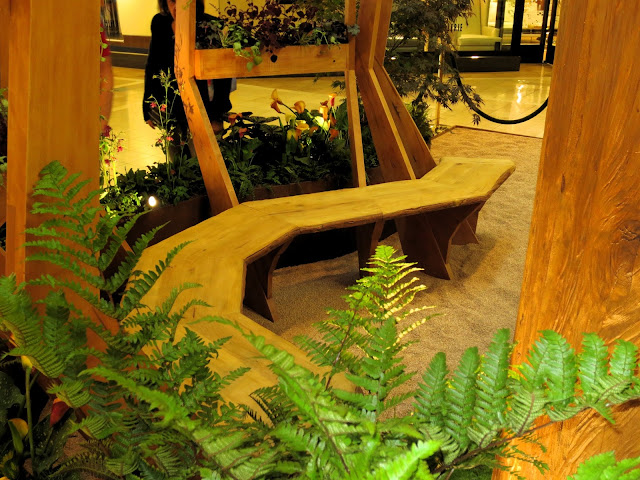 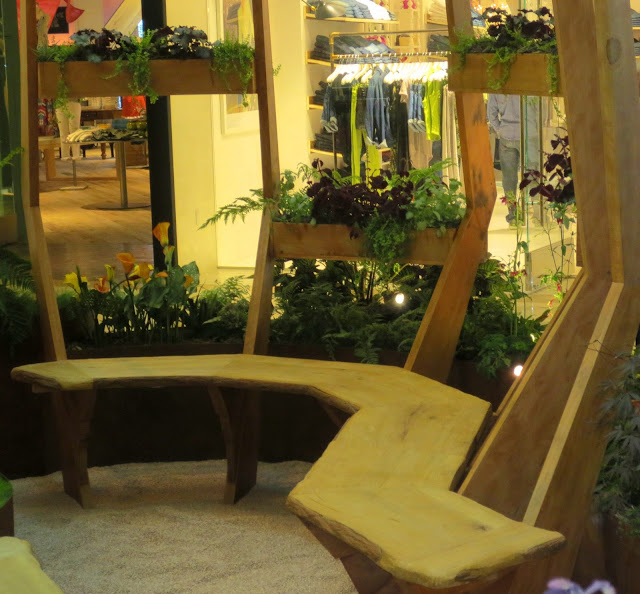 The second and third levels of the mall were blanketed with vendors, 75 in all according to the show guide.  I'll provide a sampling of their wares in a future post.
Posted by Kris Peterson at 9:30 PM