During heatwaves I usually feel as though time is passing very slooowly but despite one heatwave after another this September the month has passed so quickly I feel that I never got my bearings.  Since the last of our lawn was removed last weekend, my husband and I've spent early mornings and late afternoons digging up the soil to remove grassroots, sod netting and rocks.  It's a tedious process but my mind is already skipping ahead to our next steps, including the plants I'd like to add once the soil preparation phase has been completed.  Planting is probably well over a month away but planning has me taking a critical look at what's doing well in my garden for future reference.  And that line of thought brought about the realization that today is the day that Loree of danger garden hosts her favorite plants meme - it caught me by surprise this month.

One of the plants that has drawn my attention over the last couple of weeks is Wahlenbergia 'Blue Cloud'.  I planted 3 of these plants almost exactly 2 years ago in one of the most inhospitable areas of my garden, the dry area with poor soil on the south side of the house that's regularly plagued by raccoon rampages.  Although I'm planning to raise the soil level in that area to improve drainage and plant more succulents, I think the dainty but tough Wahlenbergia will still have a place there.

As I cruised through the garden with my camera I was surprised to discover 2 orchids in bloom.  I don't have IDs for either, although I believe the first is a Cattleya and the second is a Phalaenopsis.  These orchids get virtually no attention and are watered haphazardly, when at all.  The foliage shows evidence of their mistreatment but, when they bloom, they're always impressive.

The other plants that have drawn my attention this month are ones that have received a lot of attention on this blog but they're worth another shout-out.  The first of these is Plectranthus ciliatus 'Zulu Warrior', which I featured 2 years ago today as my favorite plant of the week.  It's just begun its annual bloom cycle.

My last 2 selections also appeared in my August favorites post but, as they continue to dominate the garden this month, I've elected to give them their due and include them in this month's post as well.  Plants that perform this well despite heat and restricted irrigation deserve recognition.


To find other gardeners' favorite plants this September, visit Loree at danger garden.   Meanwhile, it's about time for me to get back to digging up the backyard. 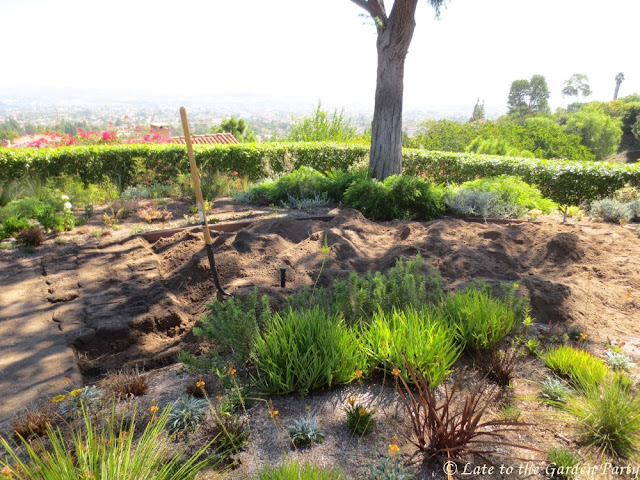