After admiring my Yucca 'Bright Star' this morning, as I do pretty much every time I walk through the backyard garden, it occurred to me that I've never featured this plant as one of my favorites.  A terrible omission on my part!  As Loree of danger garden is featuring her, now monthly, favorites feature today, it seemed a good time to rectify the situation. 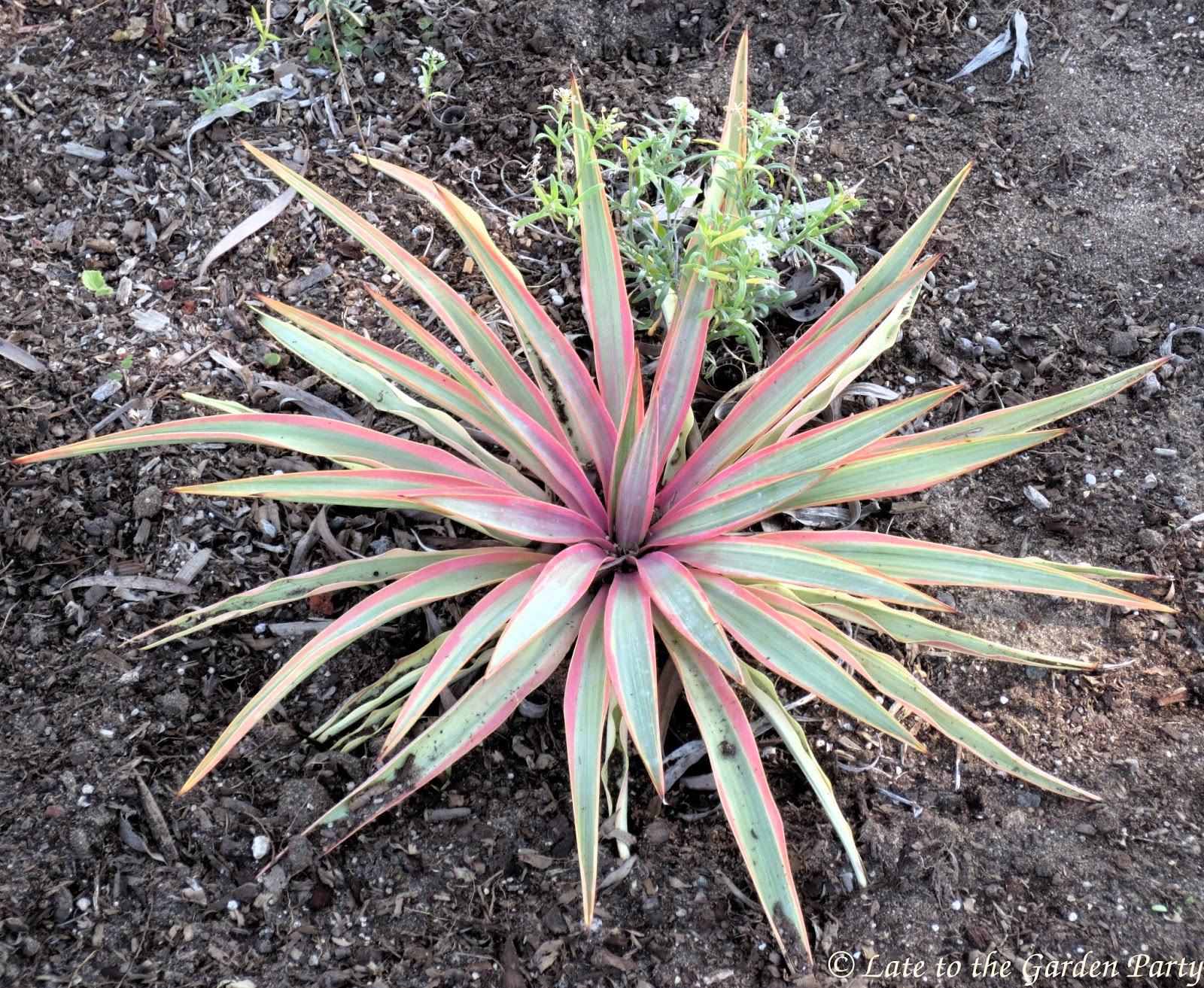 They've always shown some pink - more than I generally see in the plants for sale in the local nurseries and garden centers.  However, the pink color is intensified now.  Could this be a response to the cooler nighttime temperatures?  Despite a few cool days, our daytime temperatures have been stuck in the upper 70s and low 80s (Fahrenheit).


The history of this plant is interesting.  It was discovered in the UK in 2000 by Albert Timothy Crowther on what was thought to be a Yucca gloriosa and was reproduced through tissue culture.  Although initially sold as a variant of Yucca gloriosa, it's now thought to be related to Yucca recurvifolia, a native of the Southeast United States.

Whatever it's origin, it's perfect for my garden with its low water needs and ability to withstand high summer temperatures.  The raccoons avoid it too, which is an added plus.  According to San Marcos Growers, it's hardy to 0-10F (minus 12 to minus 17C).