To avoid walking through the bare soil in the front yard, I've been passing through the north side yard when moving between the front and back gardens.  This takes me by two new Echeveria cante I picked up at the local botanic garden's fall plant sale.  In a semi-shade location along the gravel path that bi-sects the dry garden, their silvery blue-green foliage gleams. 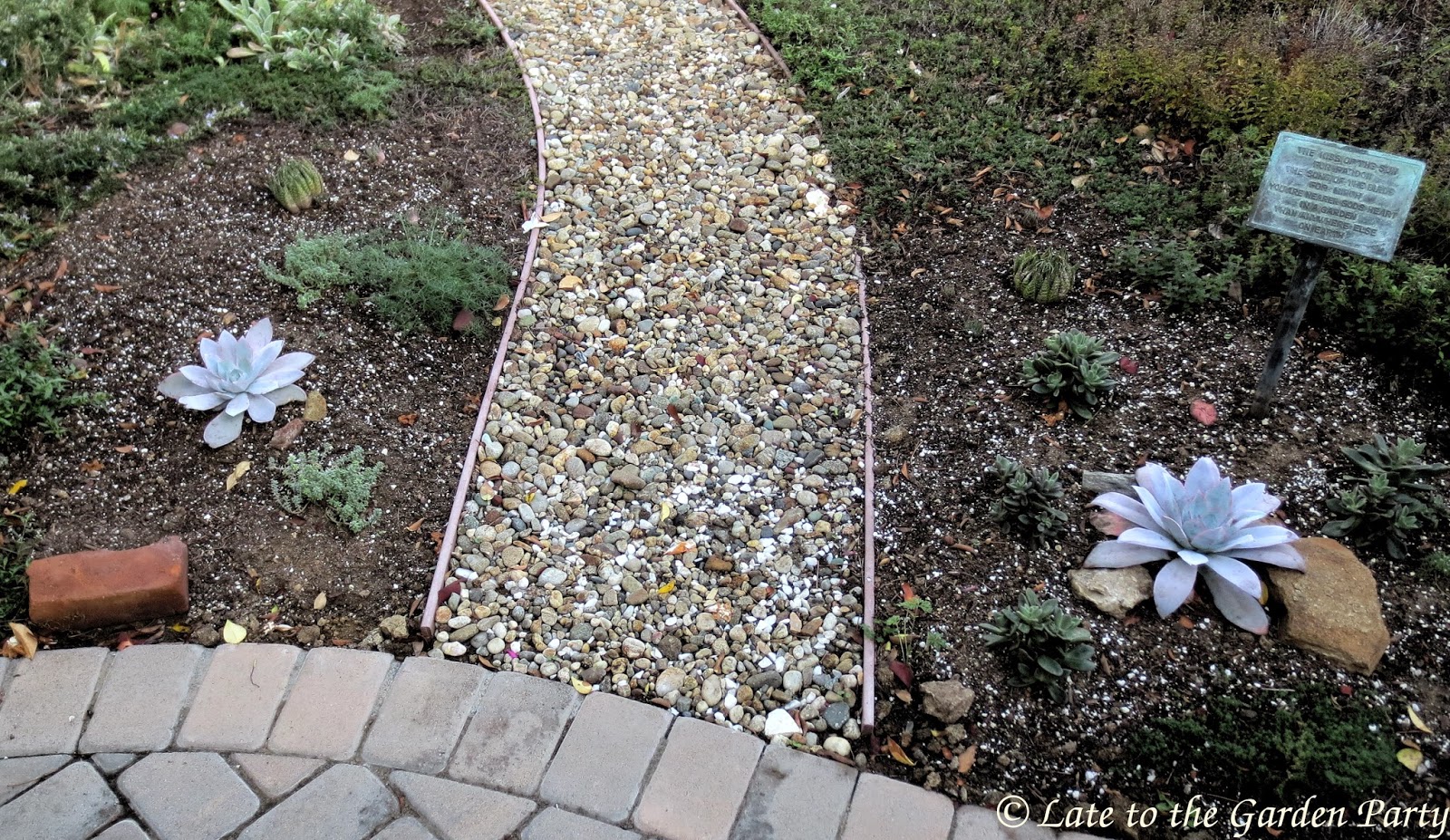 I bought the one on the right during my first pass through the sale.  It's somewhat larger than the one on the left, which I went back for on the second day of the sale.  They should eventually grow to 1 foot (30.5 cm) tall and 1-2 feet wide.  According to on-line sources, they usually remain solitary rosettes, seldom forming pups.  They're generally propagated by seed.


The volunteer propagator at the sale warned me (twice) against planting these succulents in the sun.  San Marcos Growers recommends growing them in "cool sun," by which I assume they mean morning sun, or bright shade.  Mine get a touch of sun in the morning and spend the rest of the day in the shade provided by the house's shadow.


The blue-green leaves have a whitish coating that gives the plant a celadon color with a blush of lavender.  The plants also have a a pinkish-red edge along the leaf margins. 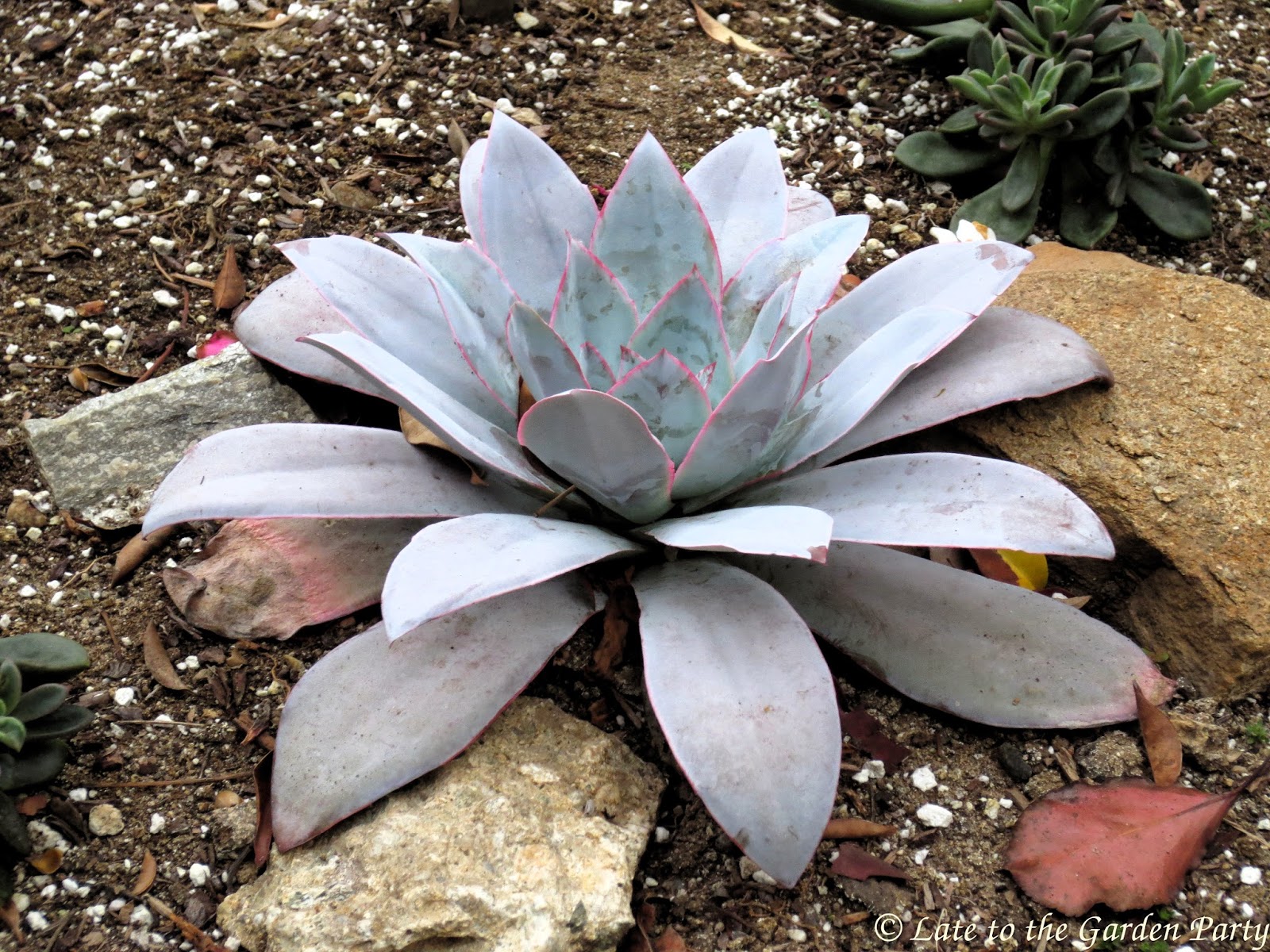 Like most succulents, the Echeverias have low water needs.  San Marcos Growers claims that the plants, which originate from Mexico, are hardy to at least 25F (minus 3.9C).

The colors of the ocean and the afternoon sky, with its vague promise of rain, nicely mirrored the plants' colors late this afternoon.


However, the sunset some 45 minutes later, was distinctly pinker.  Although it's dark now, things are looking brighter - it just started to rain.

Posted by Kris Peterson at 8:04 PM