In a Vase on Monday: The Eustoma Makes a Comeback

When the nighttime temperatures began to cool, I was delighted to notice signs that my Eustoma grandiflorum was preparing to make a comeback.  The white form, planted from a 6-pack, never really got off the ground before the heat struck, causing blooms to shrivel before they were ready to open.  The blue forms, E. 'Borealis Blue' and E. 'Echo Blue,' got an earlier start so I was able to savor their blooms for several weeks before they too hunkered down to wait out the hot weather.  I tucked an unopened bud of E. 'Echo White' in last week's vase.  This week's vase, prepared in connection with the meme "In a Vase on Monday," hosted by Cathy at Rambling in the Garden, contains both white and blue forms of the beautiful double-flowered varieties. 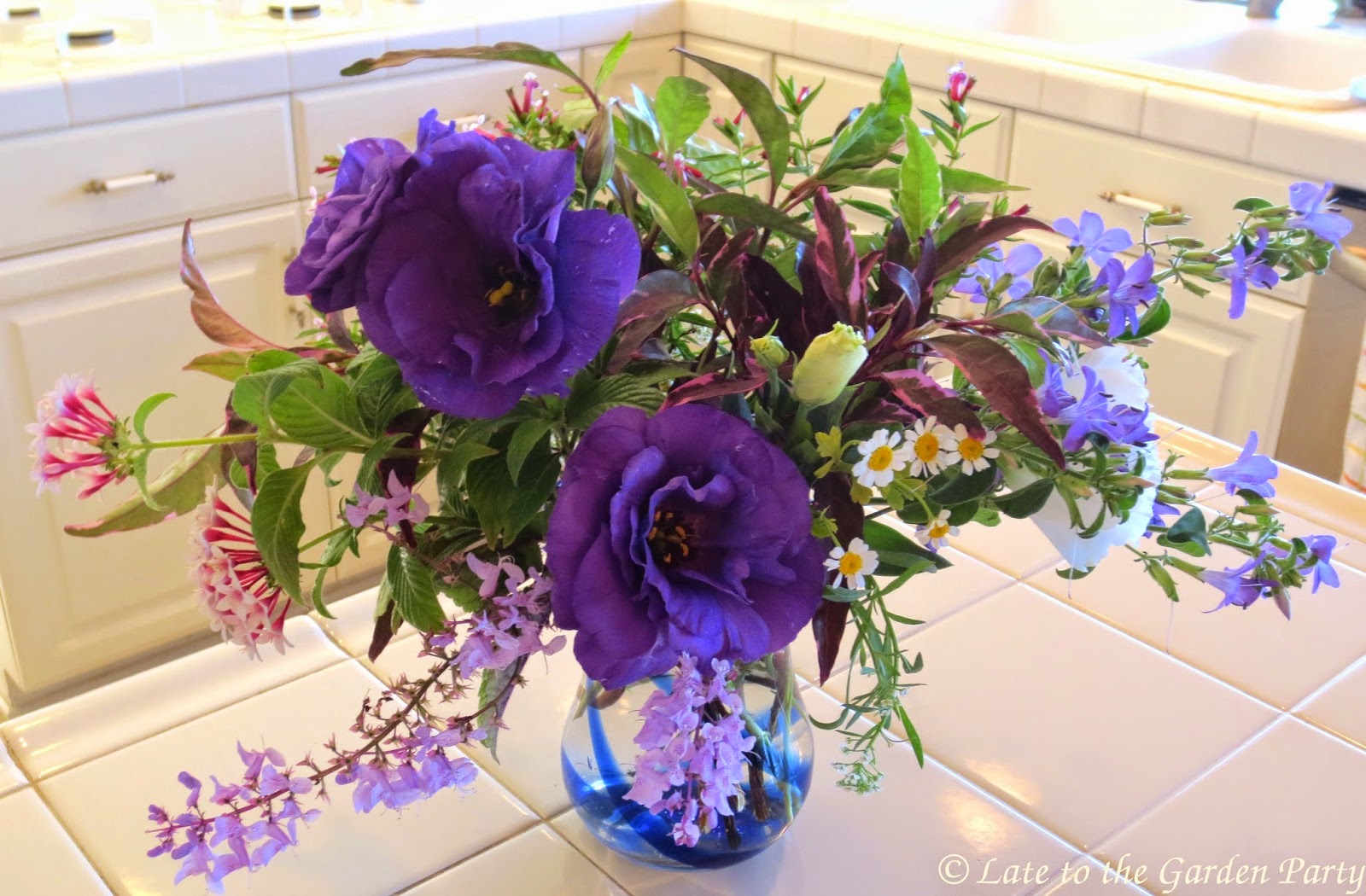 With one exception, everything I've included in this week's arrangement has appeared in one or another of my earlier arrangements.  The exception is Barleria obtusa, also known as Bush Violet.  I vaguely remember growing this plant in my former garden but I haven't seen it in years.  I came across it at the local botanic garden's fall plant sale the weekend before this past one and scooped up 2 pots.  The plant sale had been dramatically scaled back in comparison to prior years' events but finding this plant made the visit worthwhile.


In addition to the Eustoma grandiflorum and Barleria obtusa, here's what I included in my vase:


This vase is sitting on the dining room table where I can enjoy it while eating my breakfast.


Please visit Cathy at Rambling in the Garden to see her vase this week, which marks the 52nd week she has hosted this meme featuring flowers collected from her garden in the United Kingdom.  In addition to her vase, you'll find links to the creations of other participants in this popular weekly event.