In a Vase on Monday: Sunshine for the Blues

My blue Eustoma grandiflorum were once more demanding attention so they were the starting point for this week's vase.  I'd thought I'd stick to blue tones but 2 of my yellow 'Buttercream' roses were also blooming and, with rain on the way (yay!), I thought I might as well cut them and bring them inside.  I wondered if the contrast would be too stark but, with the addition of some cream-colored foliage, I think the flowers play off one another rather well. 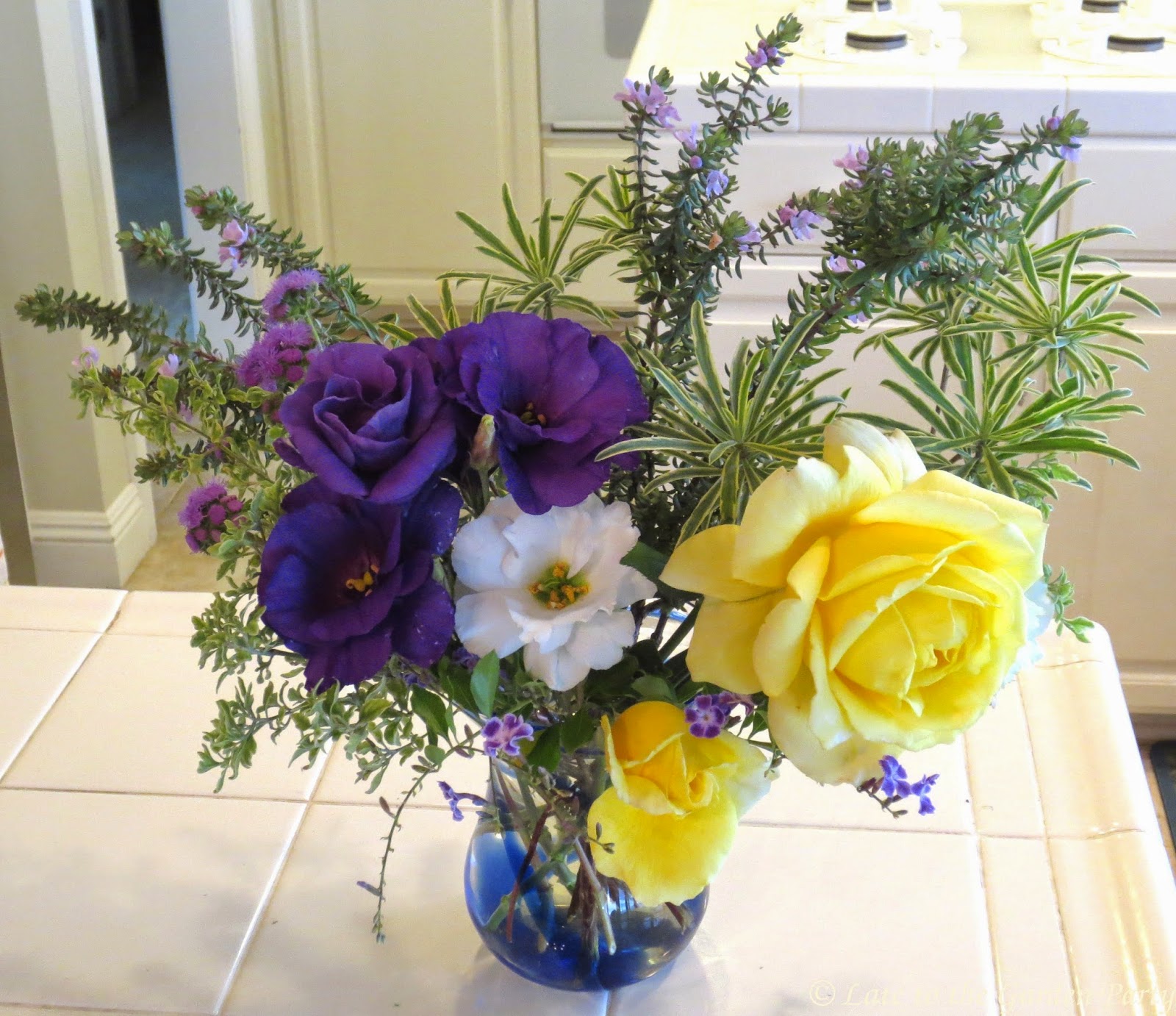 Here's what I included in the vase this week:

This week's vase, created in connection with Cathy's weekly challenge at Rambling in the Garden, is sitting across from the front door.   Last week's vase, minus the rose and the Copper Canyon daisies, is still in good shape so it landed on the dining table, where it complements my new tablerunner. 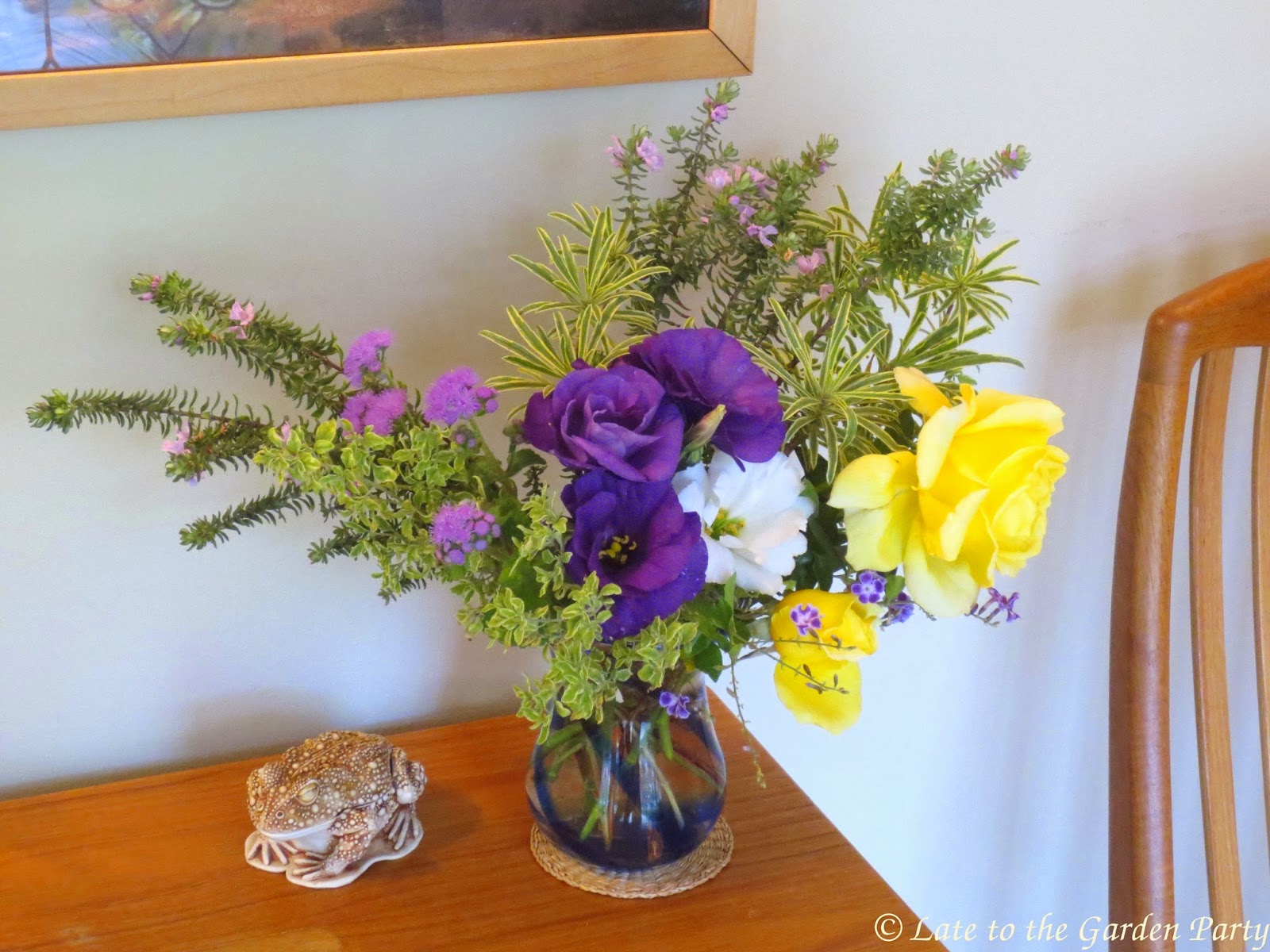 As today is December 1st, I also have a wide shots post on my "to do" list.  The photos have been taken but the post may be delayed a day.  I'm backed up on blog posts as I spent all my free time in the garden over the long holiday weekend in an effort to get as much planted in advance of the rain storm due on Tuesday as I could.  Yesterday, all we got was an occasional light drizzle and today looks like more of the same.