In a Vase on Monday: Sunshine on a Foggy Morning

Our marine layer is back.  This is good because it brings temperatures down and the latter part of last week was more like summer than fall, with temperatures once again soaring near 90F (32C).  The downside is that the fog that accompanies the marine layer means a gloomy start to the day.  That's when it helps to have a plentiful supply of yellow flowers in the garden, as I happen to have at the moment.  When I saw that one of my yellow roses was approaching its peak, I knew this would be the centerpiece of my bouquet for "In a Vase on Monday," the meme hosted by Cathy at Rambling in the Garden.  What I didn't realize at the outset was that my vase would be all yellow. 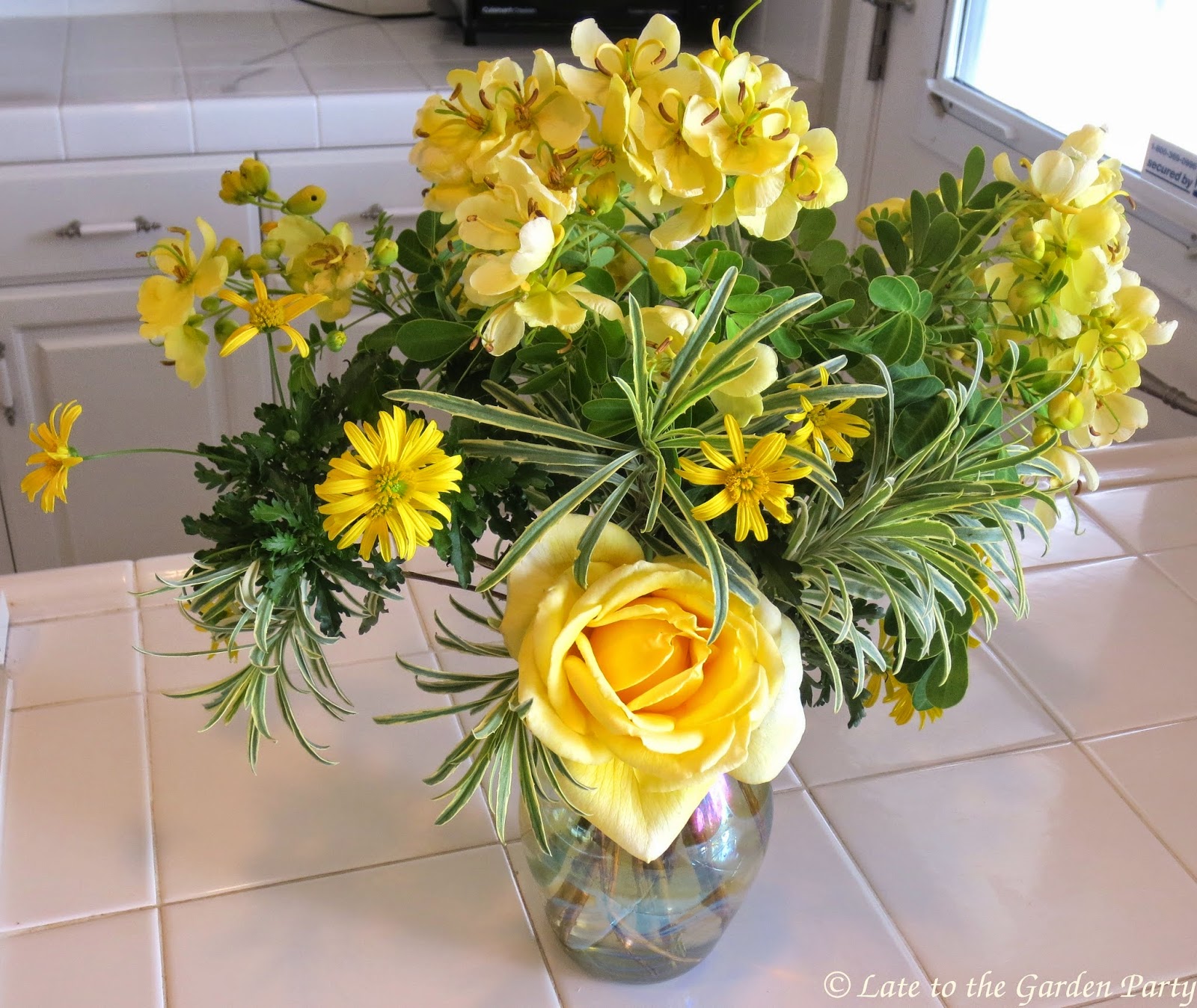 I thought I'd add some purple but, in the end, I decided that the yellow flowers were fine on their own.  Here's what ended up in the final vase:

I featured the Senna before, when the shrub was just beginning to bloom.  It's in full bloom now.

The Euryops provided a bit of a surprise.  It hasn't bloomed much at all this year and it was in bad shape at the end of our last heatwave.  I gave it some extra water then and later, after the rain, it exploded into bloom, lighting up what is otherwise a relatively dark area.


I had cut some purple flowers, which went into the "reject" vase, now sitting in the guest bathroom.


The sunshine vase ended up on the dining room table, where it can be viewed from two directions. 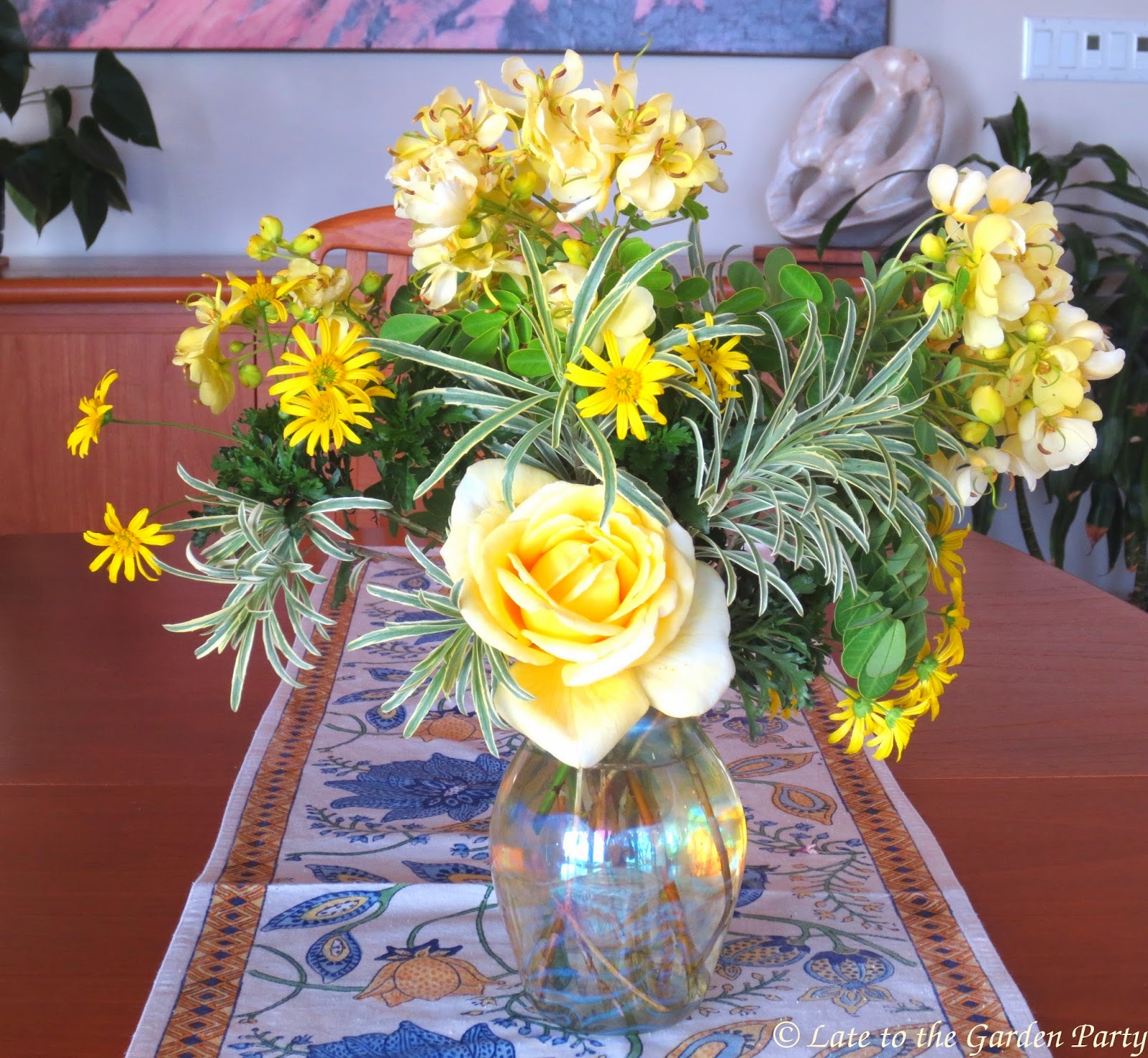 Today, it's more cheerful to face the vase then the view, which is still foggy.


Visit Cathy at Rambling in the Garden to see what she's created this week and to see what other participants have managed to find in their gardens.

Posted by Kris Peterson at 9:23 AM