Looking out my home office window one morning recently I saw this: 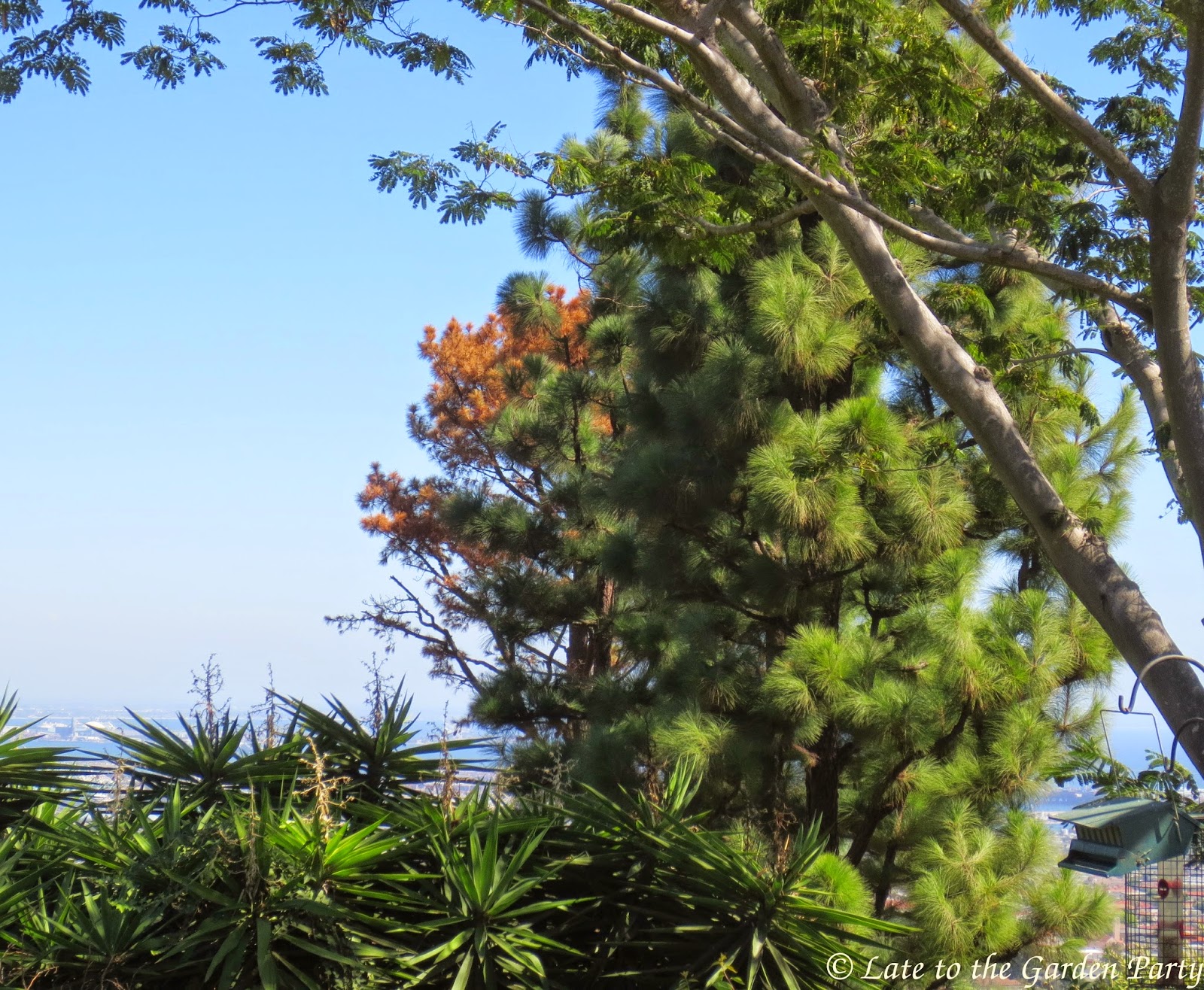 Then, when I took photos of my backyard for my wide shots post on October 1st, I saw this: 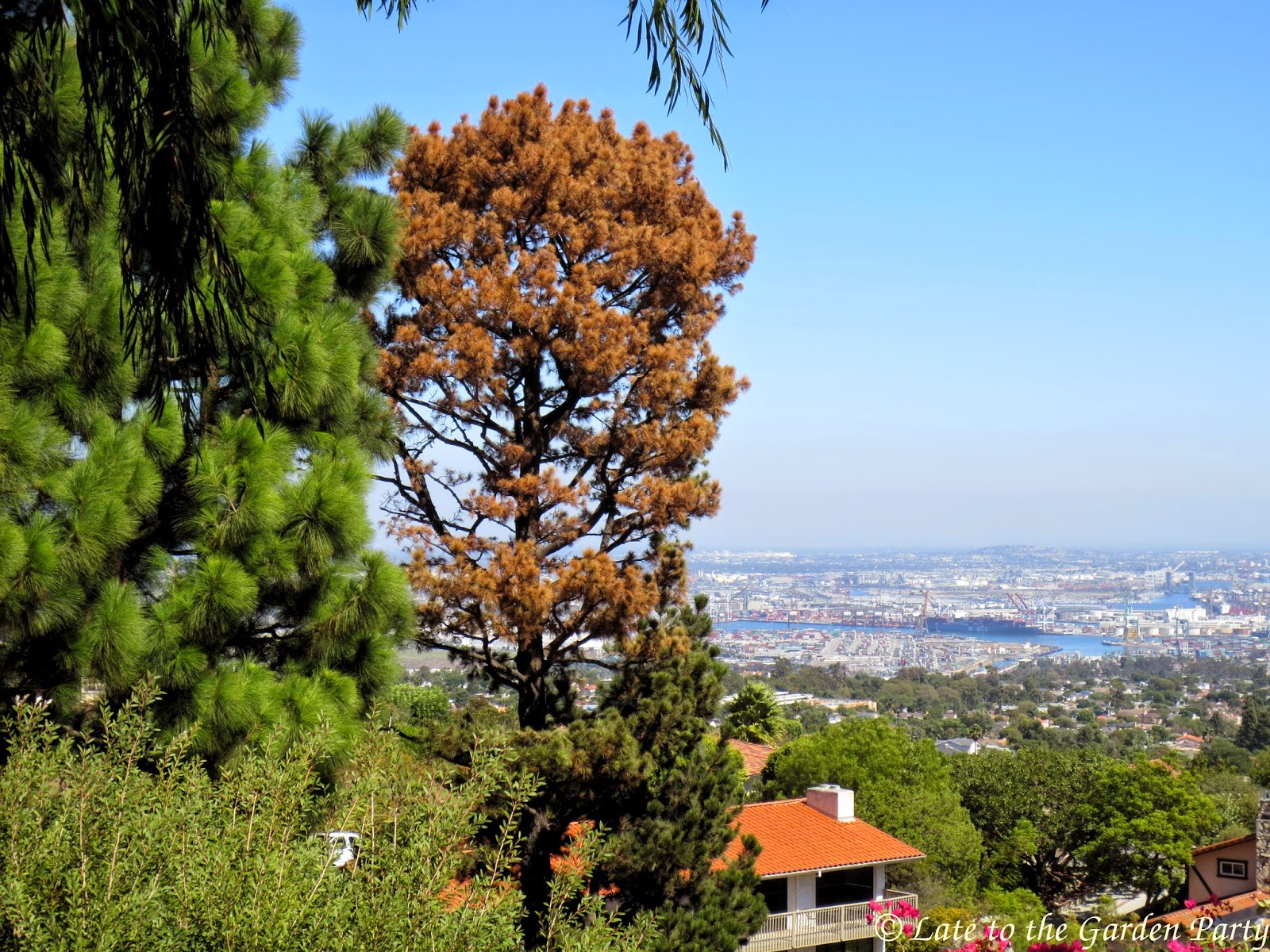 The beautiful - and dying - pine trees aren't on our property.  They belong to the next door neighbor, whose property extends beneath ours.  The neighbor visited us last Friday to let us know that 2 of his 4 pine trees in our line-of-sight will be coming out.  One is almost dead due to an attack by a pine beetle and the other is susceptible to the same scourge.  At the same time, the neighbor wants to cut back the oleander shrubs that align his driveway and, possibly, cut down the Yucca elephantipes that serves as a fence of sorts between his backyard and ours.

It turns out that the oleander officially belongs to us, which came as a surprise as it's largely invisible from the inside of our property.  Another shrub backs the oleander on our side, mostly screening it from view.  I'd assumed that this marked the edge of our property but the oleanders, which can only be accessed from the neighbor's driveway, are ours.  Why someone installed a hedge within a hedge here, I don't understand.  I also don't understand why the dividing line between the properties was designed in this fashion but, as the houses were built in the 1950s and the original owners are long gone, there's no one to provide an explanation.

Ownership of the Yucca is unclear.  Both my neighbor and my husband would like it cut down because the plant is out of control.  Everywhere a branch touches the ground, it roots.  What was once a single plant is now a 20+ foot tall Yucca forest running down the slope, intersecting both properties.

We're still waiting for an estimate on the Yucca's removal but the initial off-the-cuff estimate the neighbor received was very high as the plant must be hauled away in pieces - apparently, the wood is too dense to grind on-site.  Given it's placement along a relatively steep slope, we also can't get heavy equipment in to assist with the removal and the stump can't be ground - it would probably have to be poisoned.  How we'll create a separation between the 2 properties post-removal is also a question.  All I can say is ugh!