My favorite plant this week is an old standby, Pelargonium tomentosum, commonly known as peppermint geranium.  What's not to love?  It's soft and velvety - very touchable.  It has a delightful scent.  It spreads to form a lovely groundcover but it's not aggressive.  It roots easily, allowing me to establish new plants when I need them.  It tolerates a degree of dryness in the shade.  It even flowers. 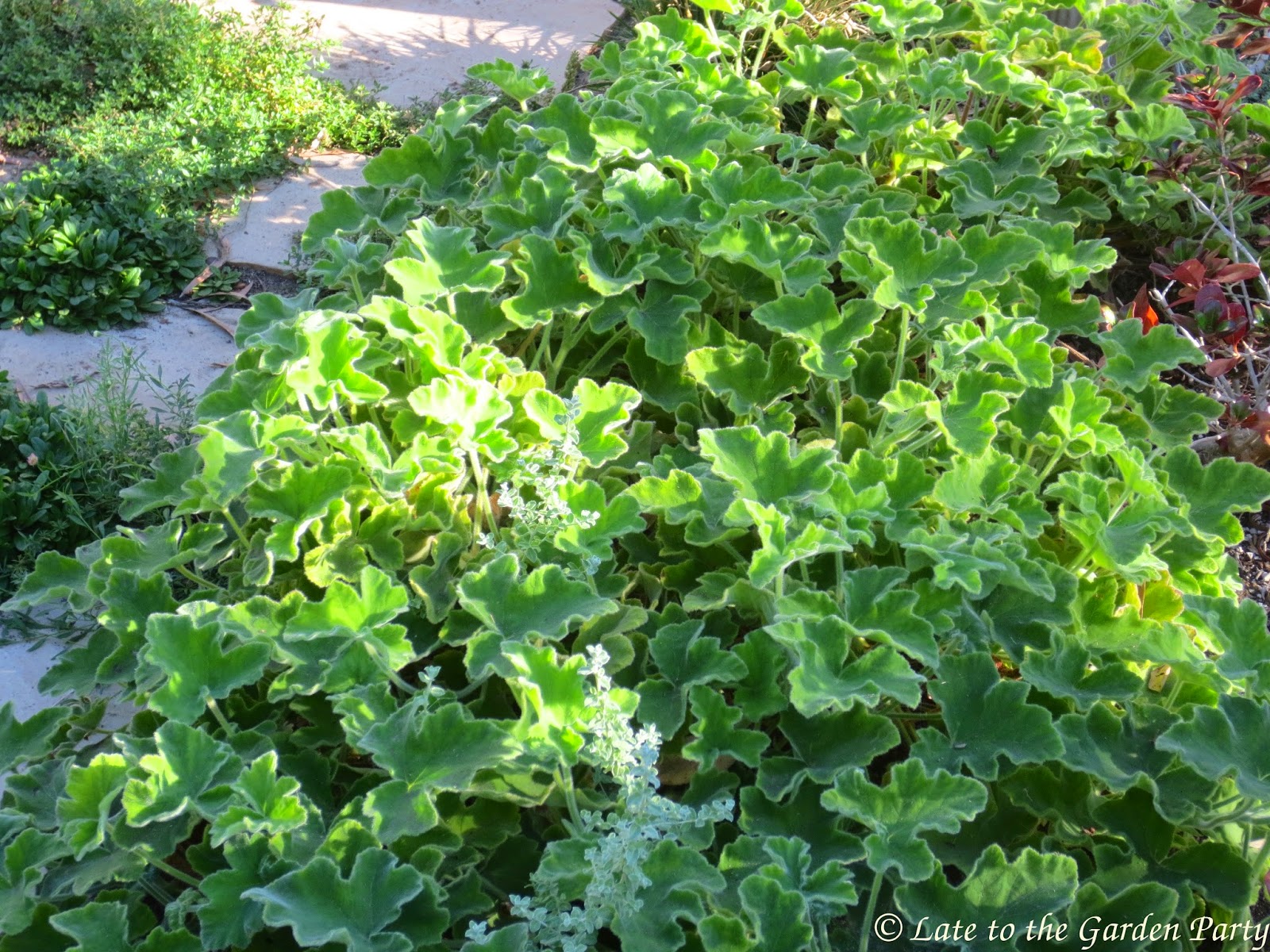 I have the plant scattered in various spots on the south side of the house.  Although I've tried it in full sun, it does better in partial shade here, where it can get very hot during the summer months.  In its native habitat in South Africa it flourishes in moist sandy soil but I've found it to be moderately drought tolerant here. 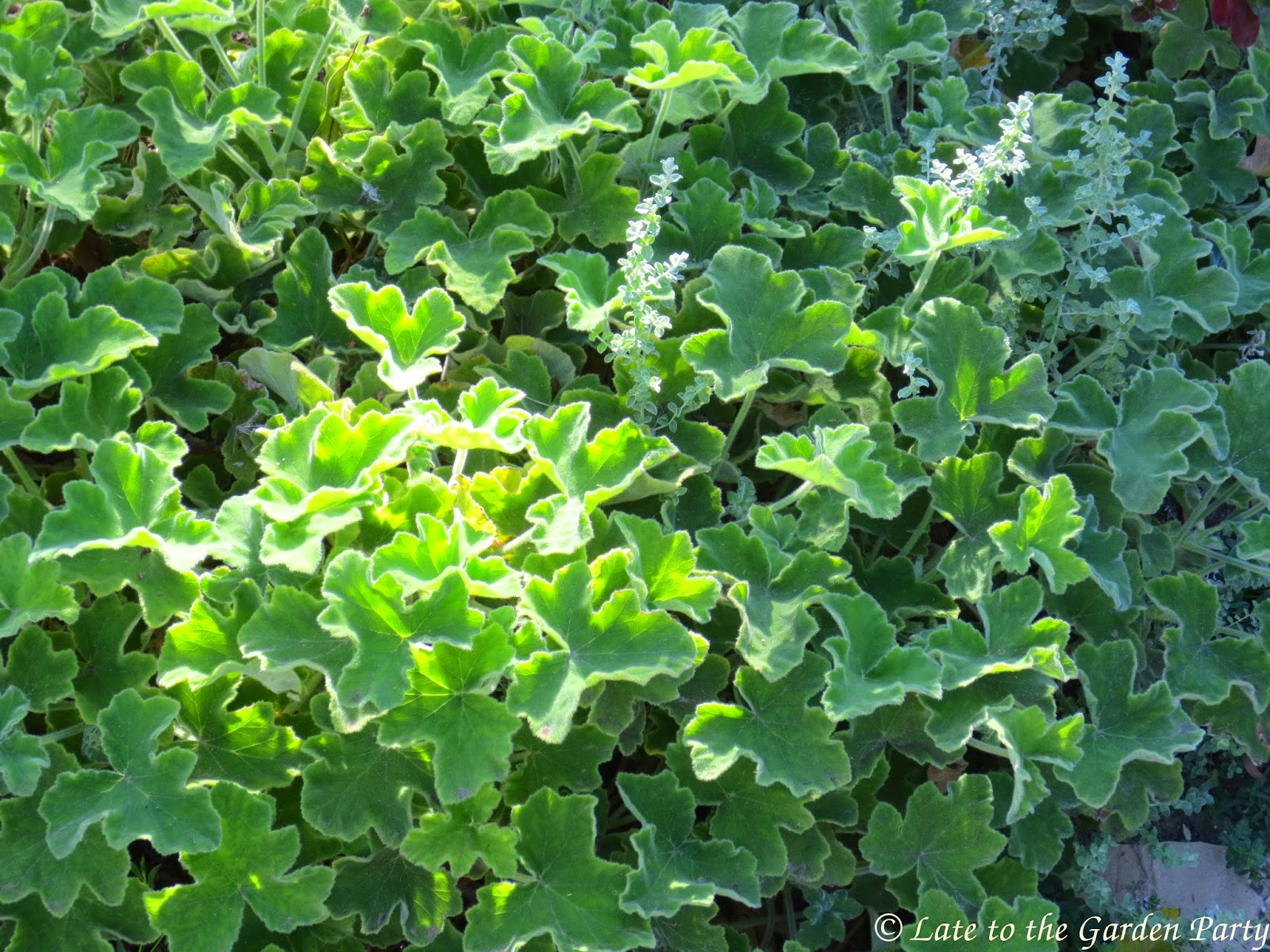 It's a low-growing spreader, reaching 1-2 feet (30-60 cm) tall and 3-4 feet (0.9-1.2 m) wide at maturity but it's easy to keep smaller with some judicious trimming.  I've propagated it using softwood cuttings but it's also easy to root in water.  It grows quickly and requires little in the way of maintenance but it's considered to be hardy only to 32F (0C), which means that it requires over-wintering indoors in colder climates than mine.

It's bright emerald color meshes well with other plants.

Pelargonium tomentosum is my contribution to Loree's weekly favorite plants post at danger garden.  Visit her to see her favorite this week and to find links to other gardeners' selections.