In a Vase on Monday: The Old & the New

This week I actually had a floral feature in mind in advance for the vase prepared in connection with the celebration sponsored each Monday by Cathy at Rambling in the Garden.  Mid-month, just after Bloom Day (of course), I noticed that my Senna bicapsularis 'Worley's Butter Cream' had begun blooming.  There are only blooms on a few branches but I was glad to see them.  I initially thought I'd accent them with Tagetes lemmonii but I didn't like the mix so round and round the garden I went, searching for appropriate plants to complement the pale yellow Senna.  Once again, I ended up with more than I'd expected. 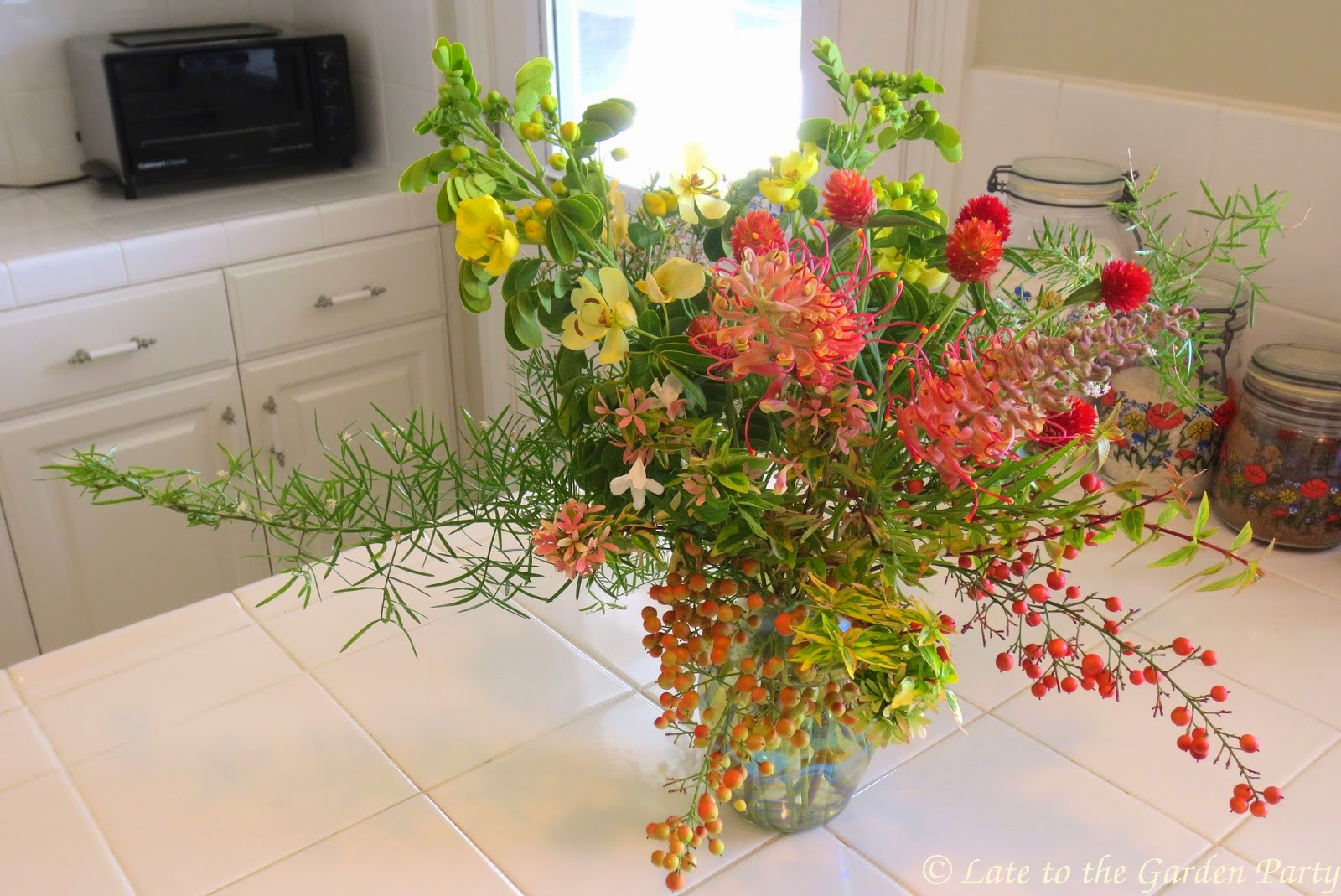 While the Senna makes its first appearance this year, most of the other elements have shown up earlier in one vase or another.  In addition to the Senna, there is:

I think it turned out rather well.  It took its place opposite the front door, where it provides a cheery welcome. 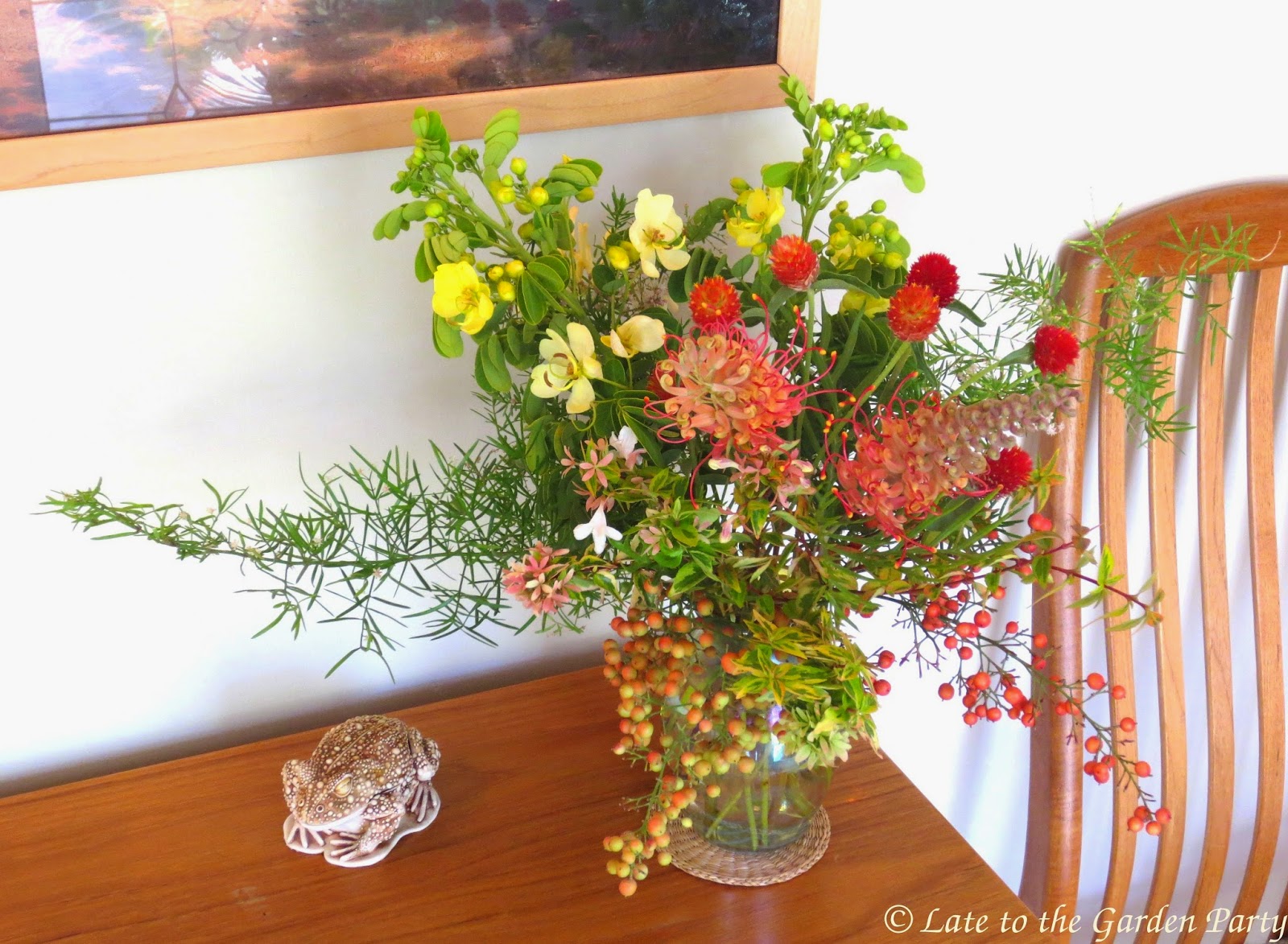 My post was delayed a bit this morning as my husband and I discovered that our cat, Pipig, was missing, throwing me, if not him, into a panic.  She's recently taken to streaking out of the house but she's never stealthy about it so she's quickly collected and tucked back inside but, last night, she apparently managed an undetected escape when I stepped outside around 9pm to water a plant just outside the door.  Much to her surprise - as well as mine - she ended up spending the night outside.  After a frantic search outside early this morning, I finally heard mewing and found her perched on the top of the grape arbor, looking nearly as upset as I was.  It took both my husband and I to get her down.  Luckily for both of us, she managed to avoid being eaten by one of the neighborhood coyotes or squirted by one of the skunks that wandered the garden last night.  After a hearty breakfast and a good wash, she's fast asleep in her own bed.


Please visit Cathy at Rambling in the Garden to see what she's got in her vase this week.  You'll also find links to other gardeners' creations.