In a Vase on Monday: Survivor Story

I'd hoped I might have Camellia sasanqua to use in my vase this week.  When the weather cooled a week ago, a few of these flowers began to appear in a shady area adjacent to my vegetable garden.  I also had a back-up plan: if there were too few Camellias, I could use stems of Tagetes lemmonii, which had also started to bloom in earnest.  Then, we got another heatwave.  The Camellias shriveled and even the moderately drought tolerant Tagetes, buffeted by the Santa Ana winds (aka "devil winds") that accompanied the heat, looked worse for the wear and tear.  So the search for flowers and foliage to fill this week's vase, prepared in connection with the meme sponsored by Cathy of Rambling in the Garden, became another scavenger hunt.  The resulting vase is a mix of flowers that survived the heat and a few plants that love the heat, including one recent acquisition. 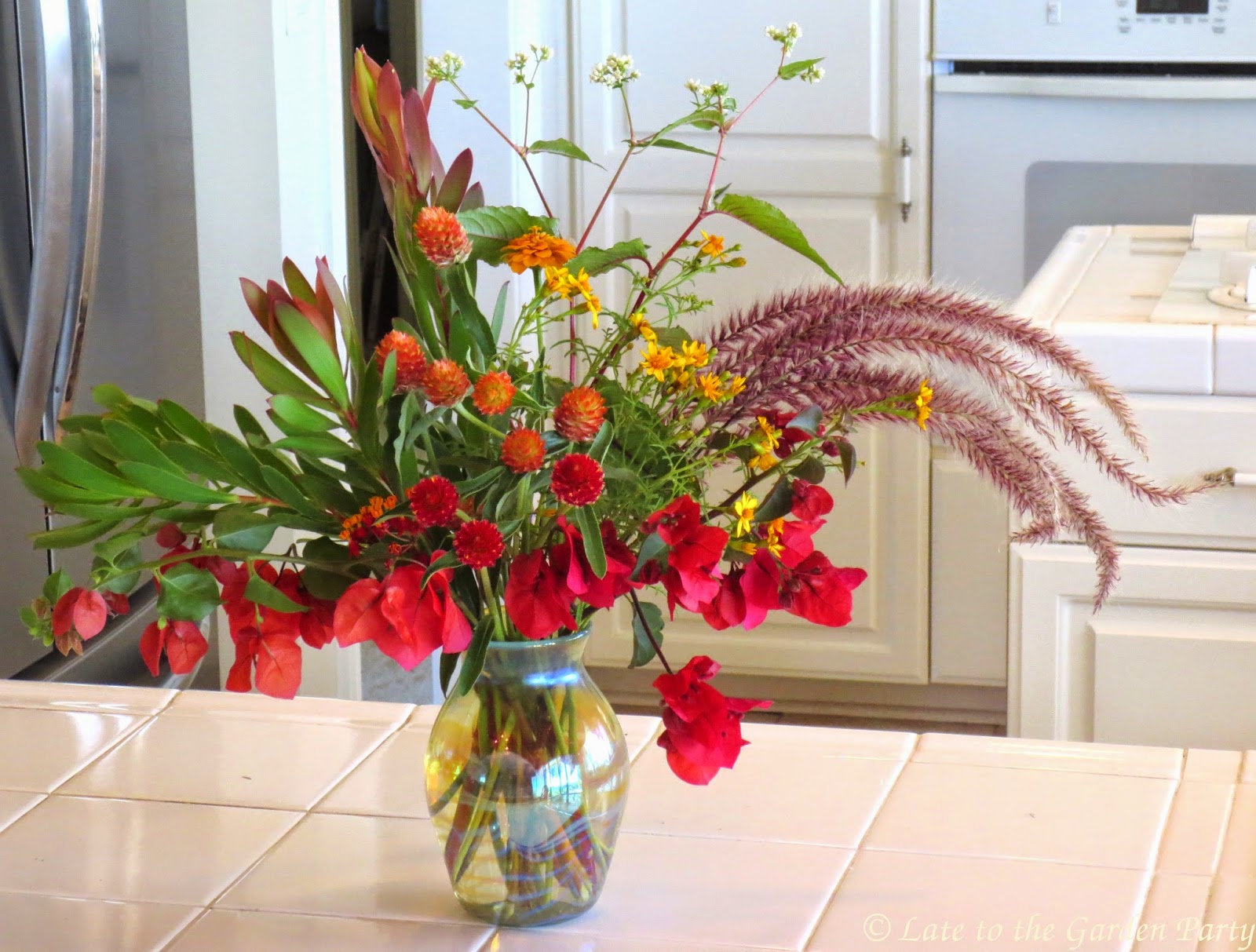 If this composition has a focal point, I suppose it's the Bougainvillea, a heat-loving plant.  Our red Bougainvillea, inherited with the house, has never been a vigorous grower but, it it were, my husband probably would have removed it by now as he considers this an "evil" plant.  This stems from the fact that the Bougainvillea at our former house grew about a foot a week and scratched his beloved electric car, which he'd lovingly converted from gas-power.  Removing those plants with their vicious thorns was a monumental exercise he isn't likely to forget.  However, this Bougainvillea isn't anywhere near as ambitious - it gets by with an annual trim (which I handle as I wouldn't trust my husband not to get carried away).


The other elements in this week's vase include:


I cut a variety of other floral and foliage survivors that didn't make the final cut, including Leonotis leonurus (aka lion's tail) and Bulbine frutescens 'Hallmark' (aka snake flower and cat's tail).  These ended up in another vase with single stems of coleus and the yellow form of Russelia equisetiformis. 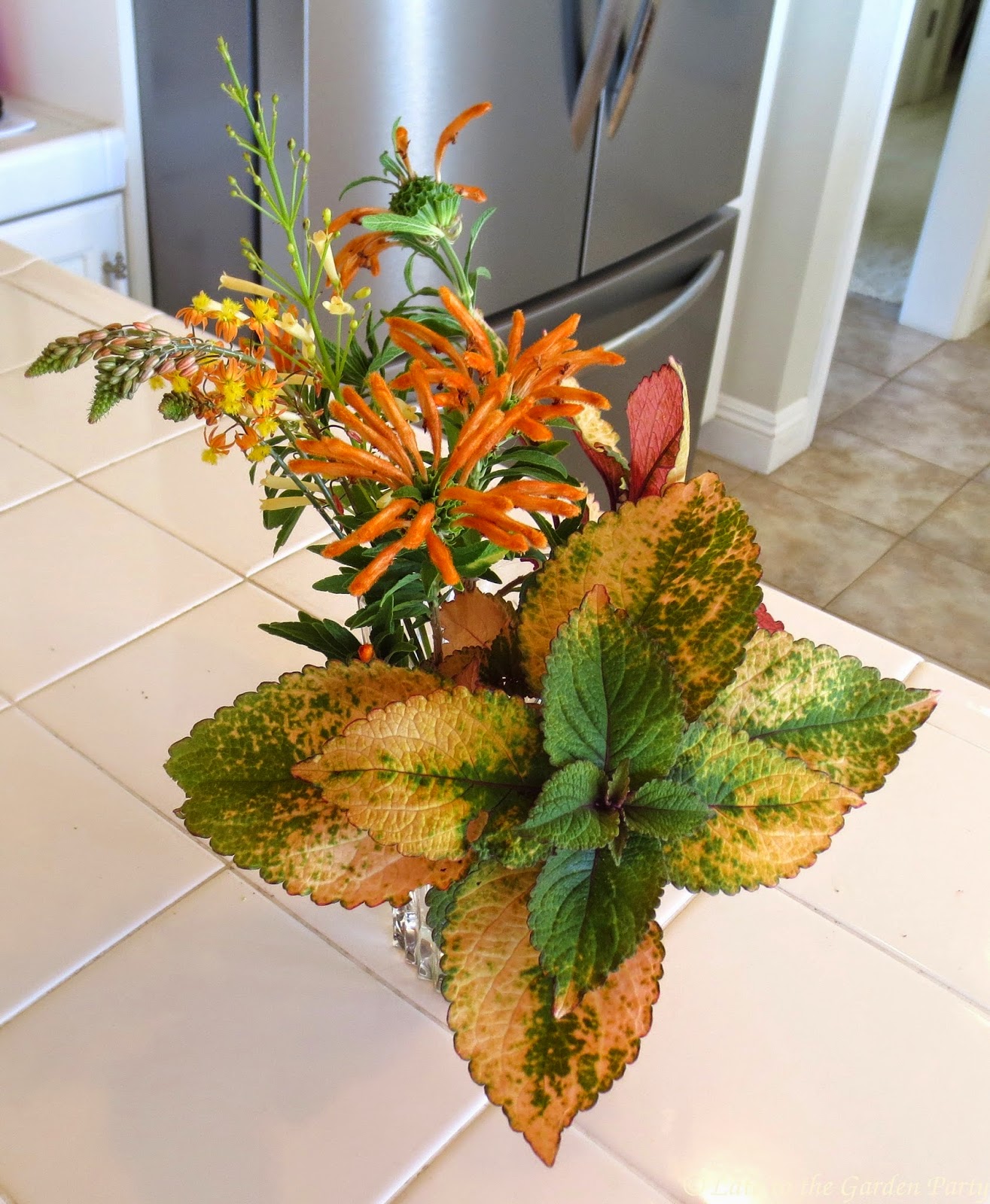 The main vase landed in the foyer. 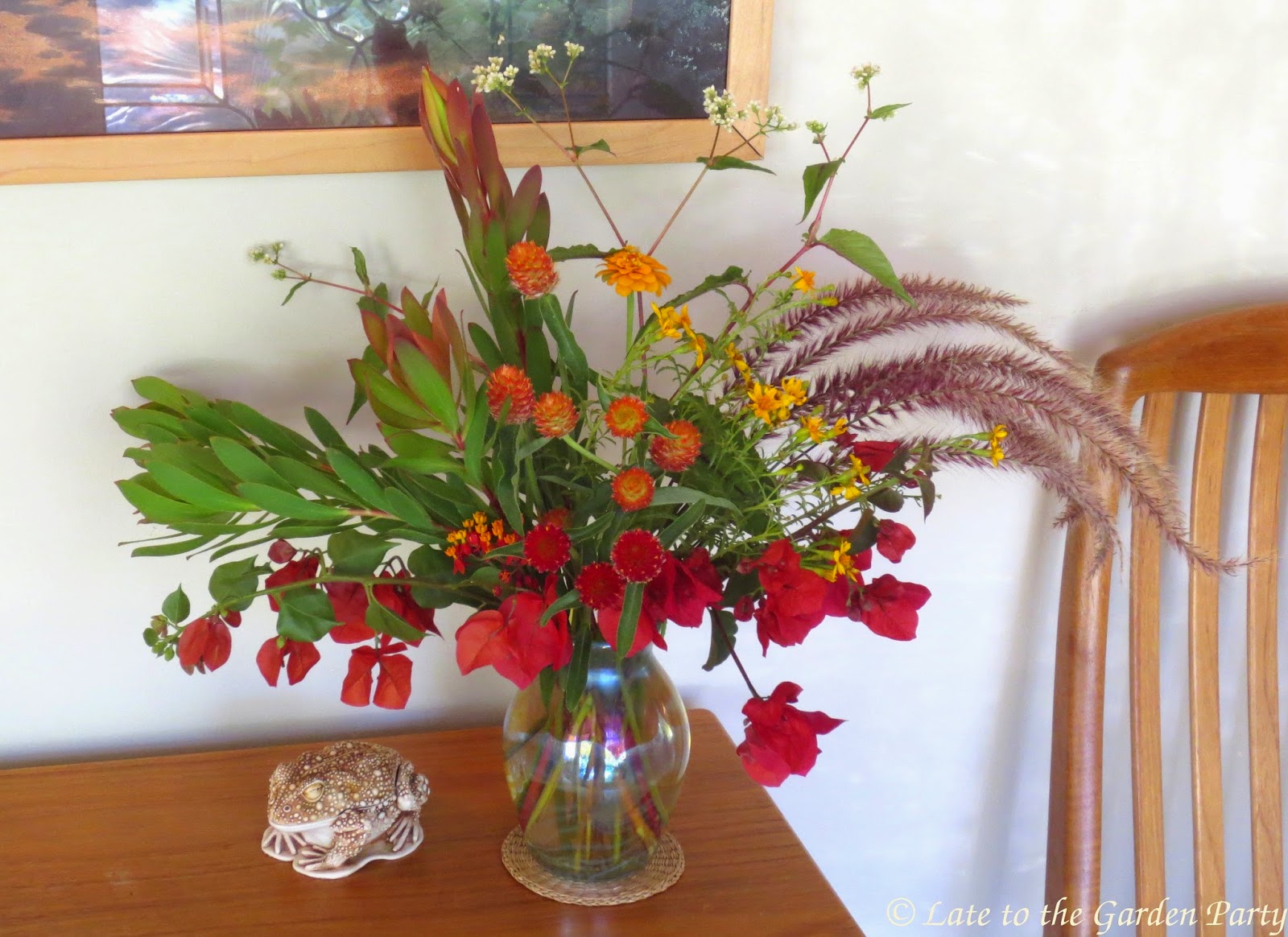 These are my contributions to Cathy's popular weekly meme focused on flowers gathered from one's own garden.  Please visit Cathy at Rambling in the Garden to see her creation and to find links to posts by other contributing gardeners.