With the advent of spring, the number of feathered and furry visitors has increased.  Some visitors are welcome, others not so much.  Hummingbird activity at the feeder outside the kitchen window has intensified, as has the number of hummingbirds swooping about to feed among the flowers.  I've never caught the hummingbirds in flight - they move too quickly - but they take their time at the feeder. 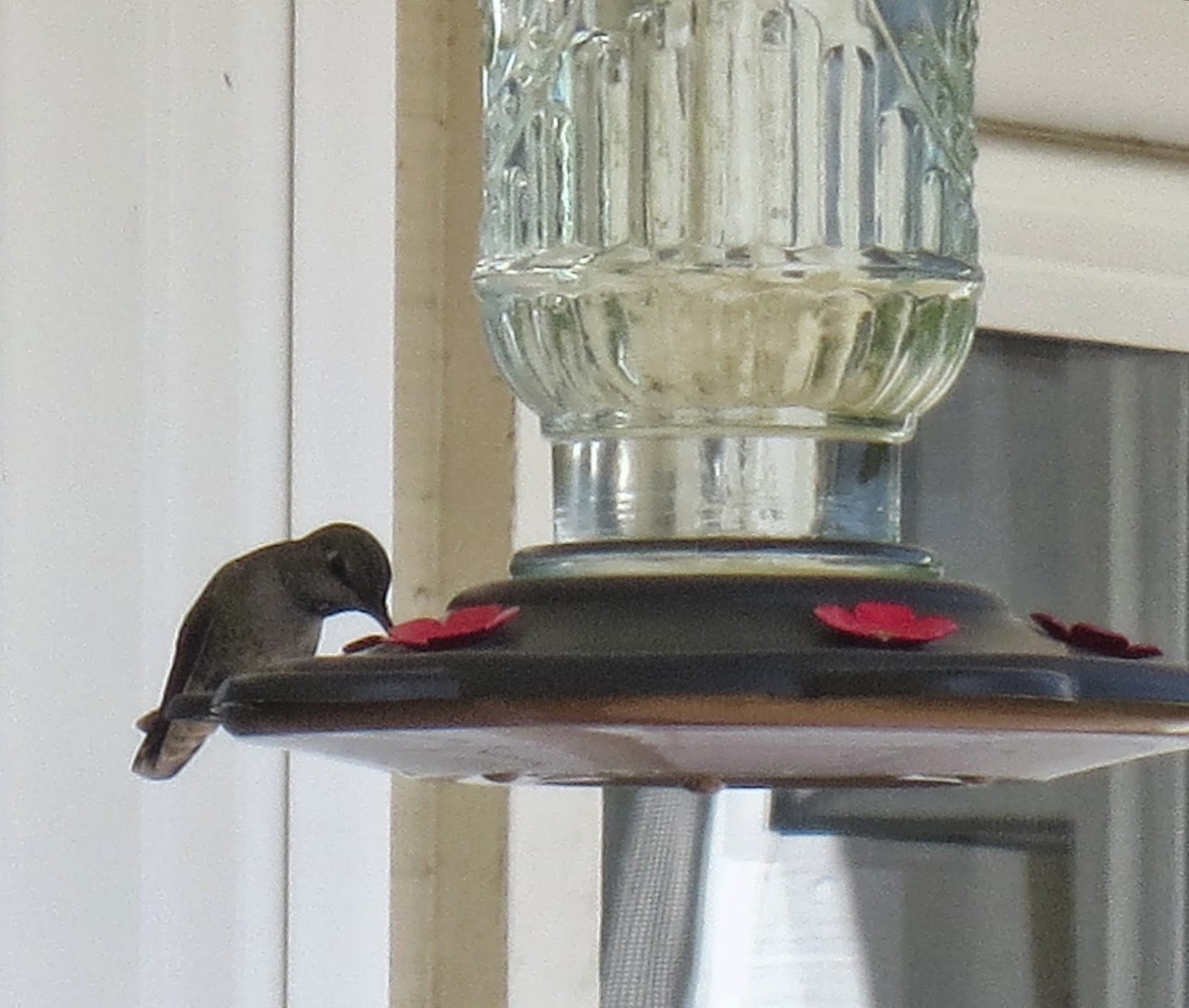 There are a lot of birds at the feeders too, at least when the local squirrel isn't raiding the storehouse.  My husband built a cage around our largest feeder to keep the squirrels out.  It worked for a few years; however, one squirrel kept poking and prodding until he managed to bend the wires at the base and finally wiggled his way inside.

My husband fortified the wire enclosure at the base, which is once more keeping the squirrel at bay (while also making it harder for me to remove and refill the feeder).

The raccoons have also been paying regular nightly visits, even though I've made my planting beds as inhospitable as possible with repellent and broken clay shards.  They've dug up some smaller plants but haven't shredded anything to pieces as they're usually inclined to do so my diversion program appears to be working (sort of).

The crows have also reappeared.   I previously described the activities of one pair that selected our California pepper trees (Schinus molle) to provide the soft inner layer of their nest.  According to a crow expert at Cornell, breeding pairs usually take about 2 weeks to complete their nest and those 2 did disappear within a period of about 2 weeks.  However, another crow, possibly part of a different breeding pair, has recently appeared.  This one was caught in the act of pulling twigs off the Mimosa tree (Albizia julibrissin).


Twigs and sticks make up the base of the crow's nest.  After the base is done, I suppose he and his lady friend will return to start stripping the pepper trees...

Posted by Kris Peterson at 2:45 PM