Why is it the daffodils can't hold their heads up?  Are they shy?  Don't they know how pretty they are?  I've been trying to get a good picture of mine but, short of holding their heads up to face the camera, I've done a poor job of it. 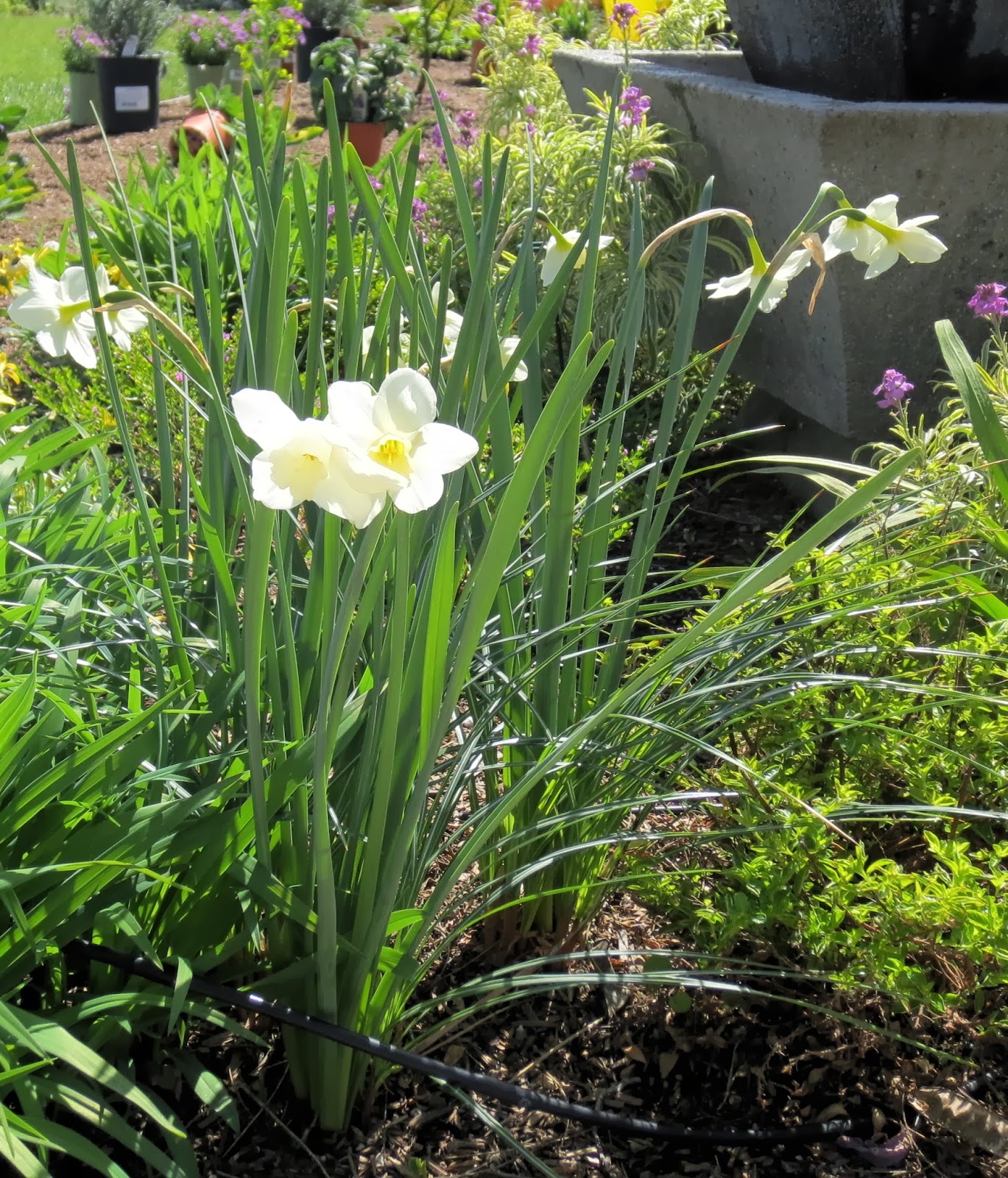 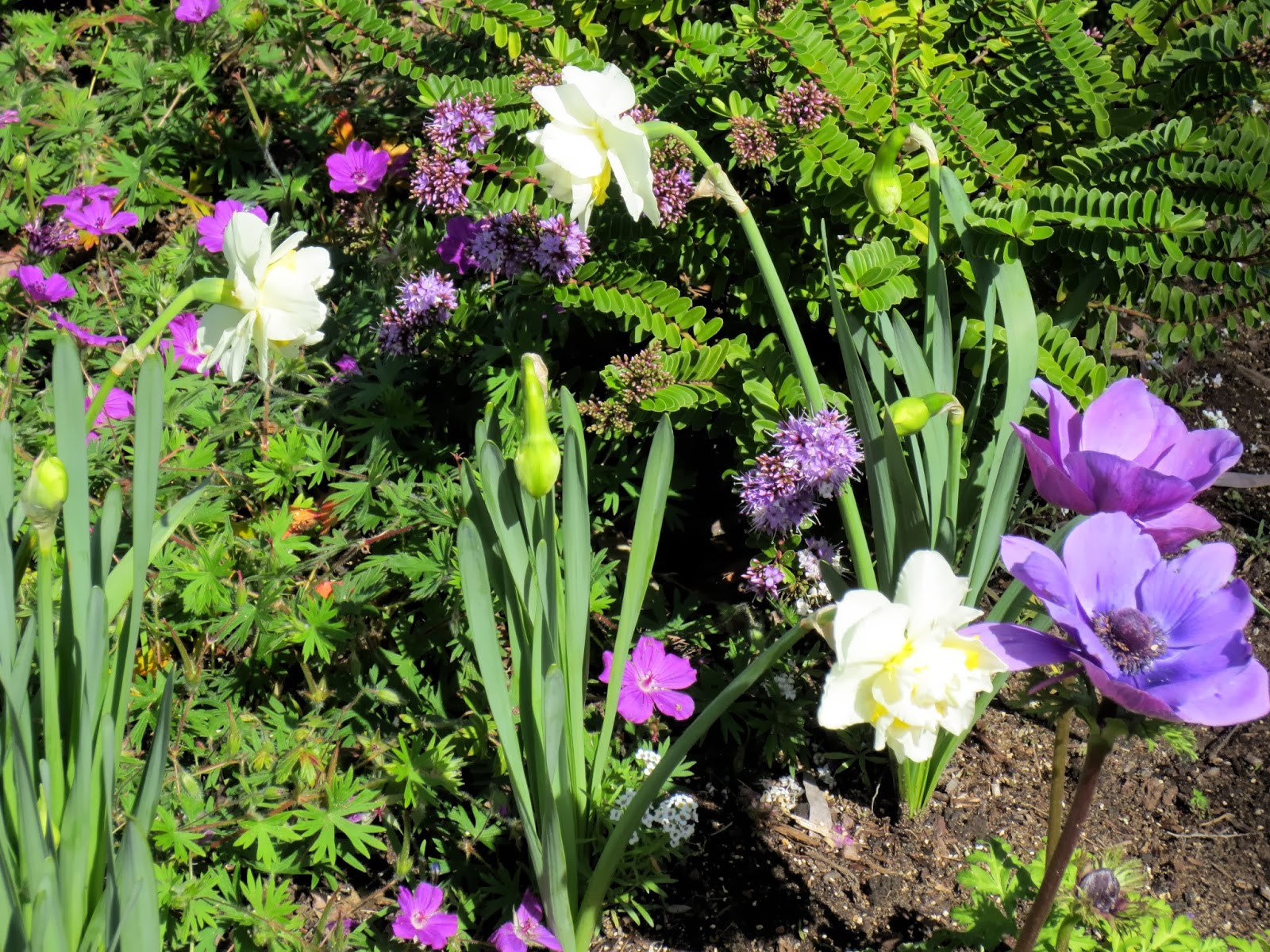 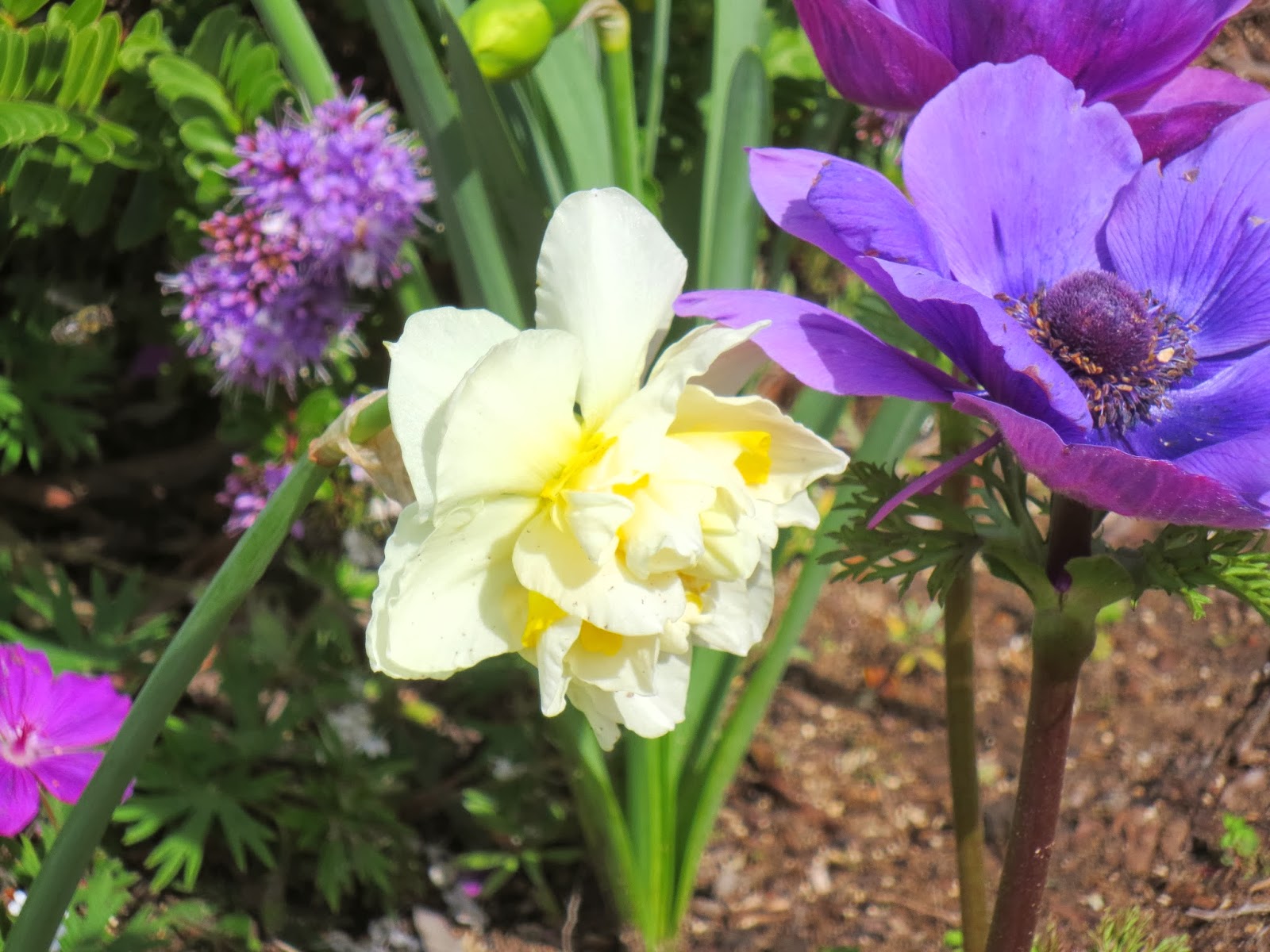 I'm also having trouble with my Freesia, which have a tendency to flop and lay about with their heads on the ground.  I need to get more flower stakes. 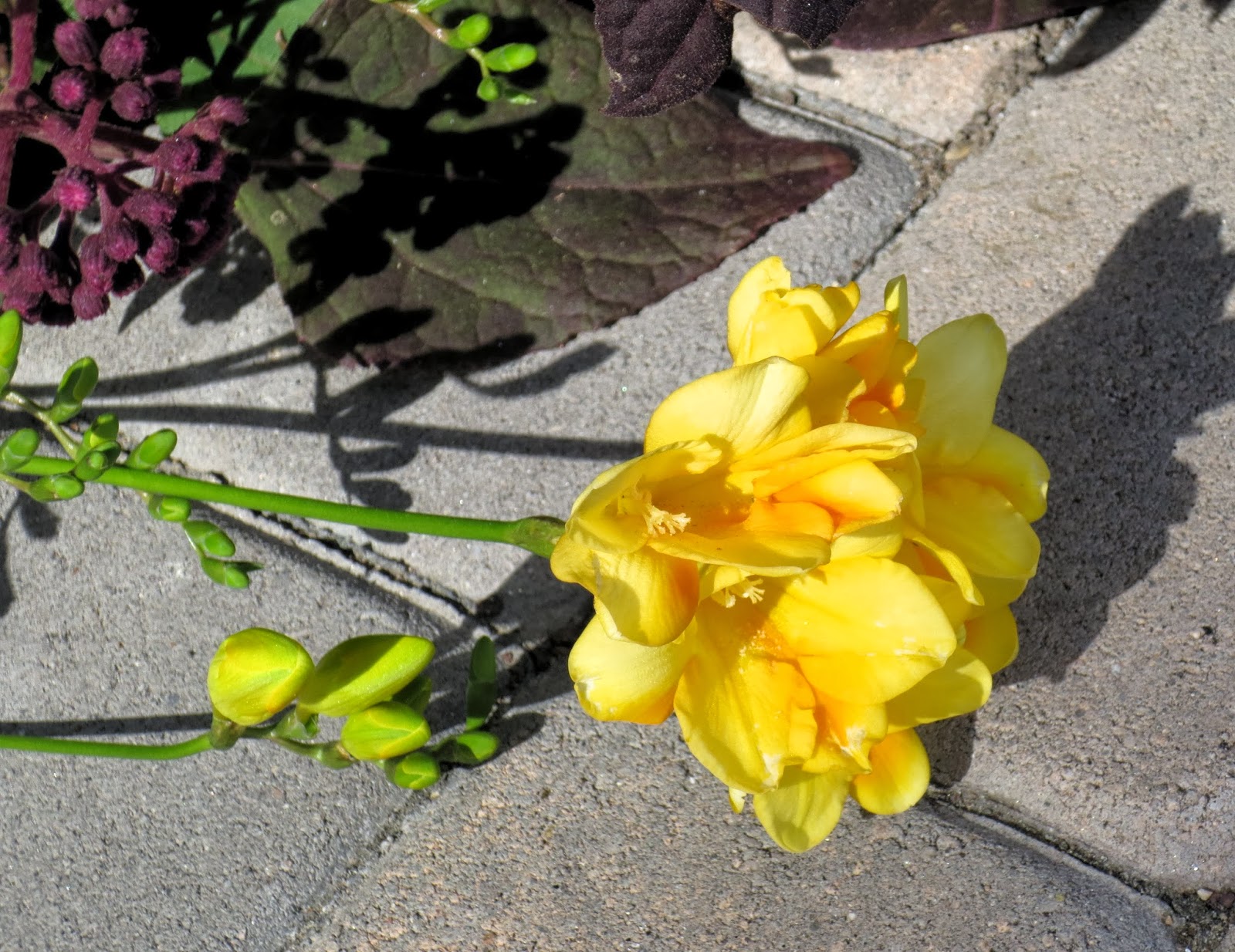 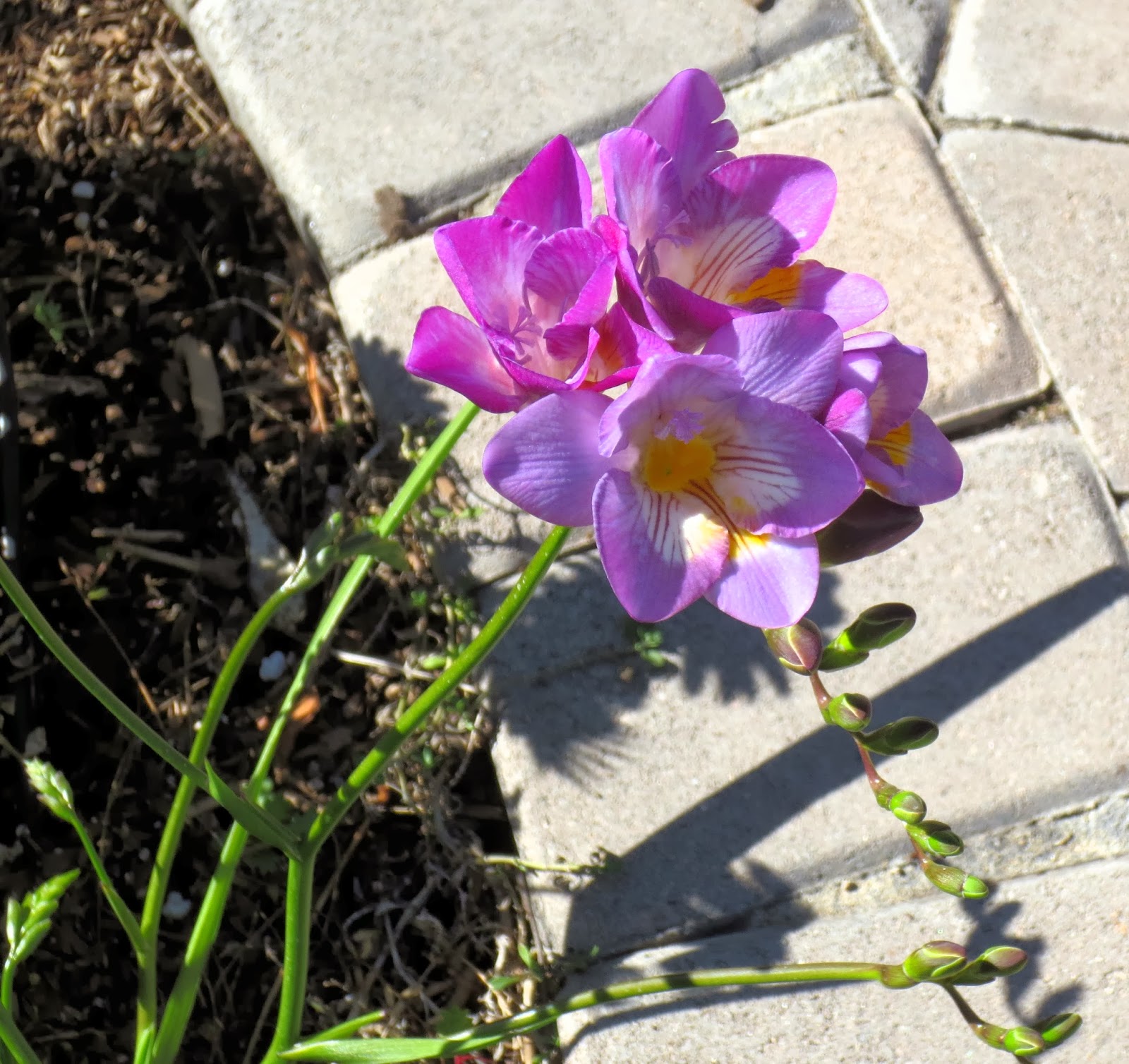 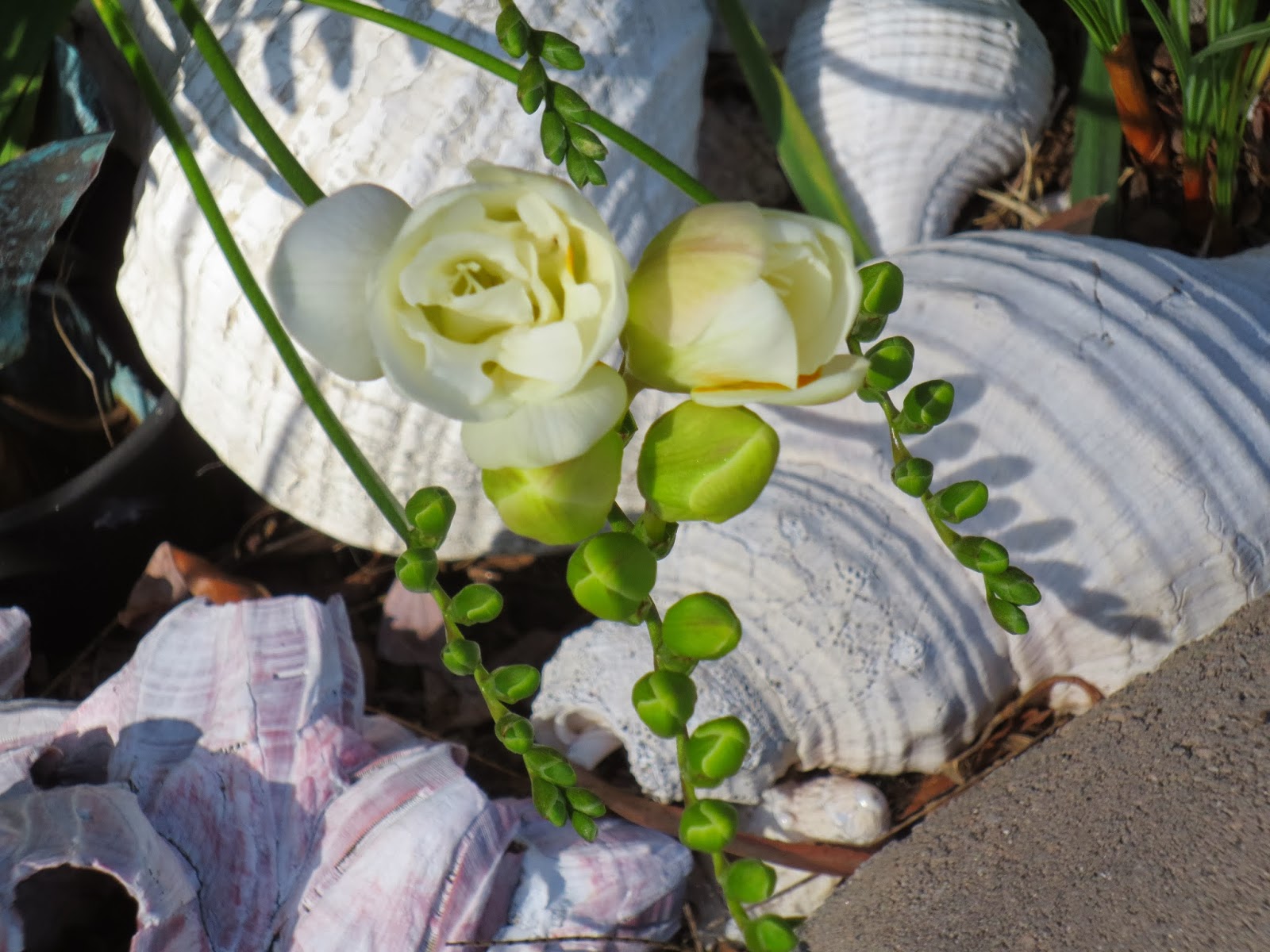 The Anemones, in contrast, stand tall and proud. 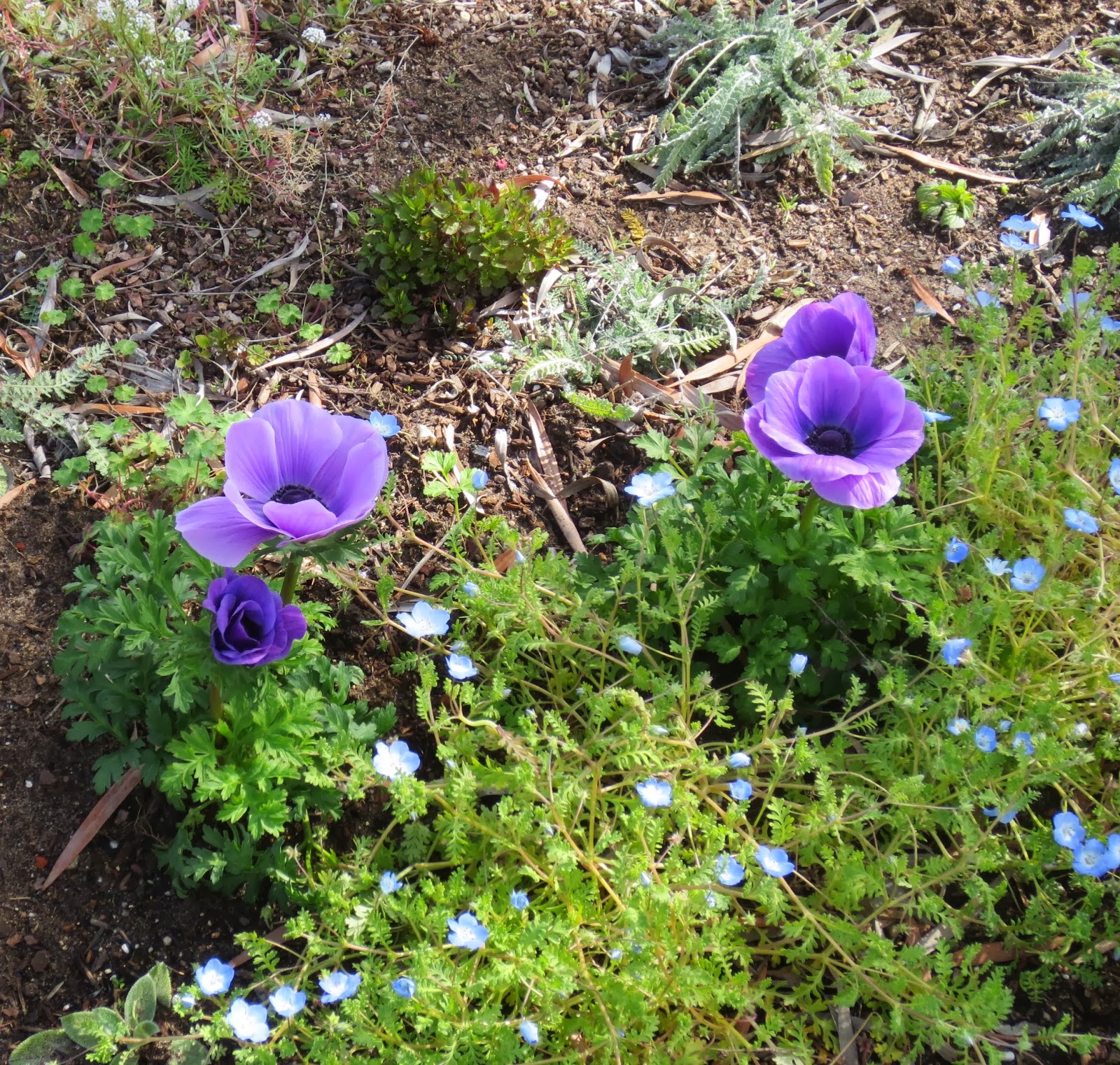 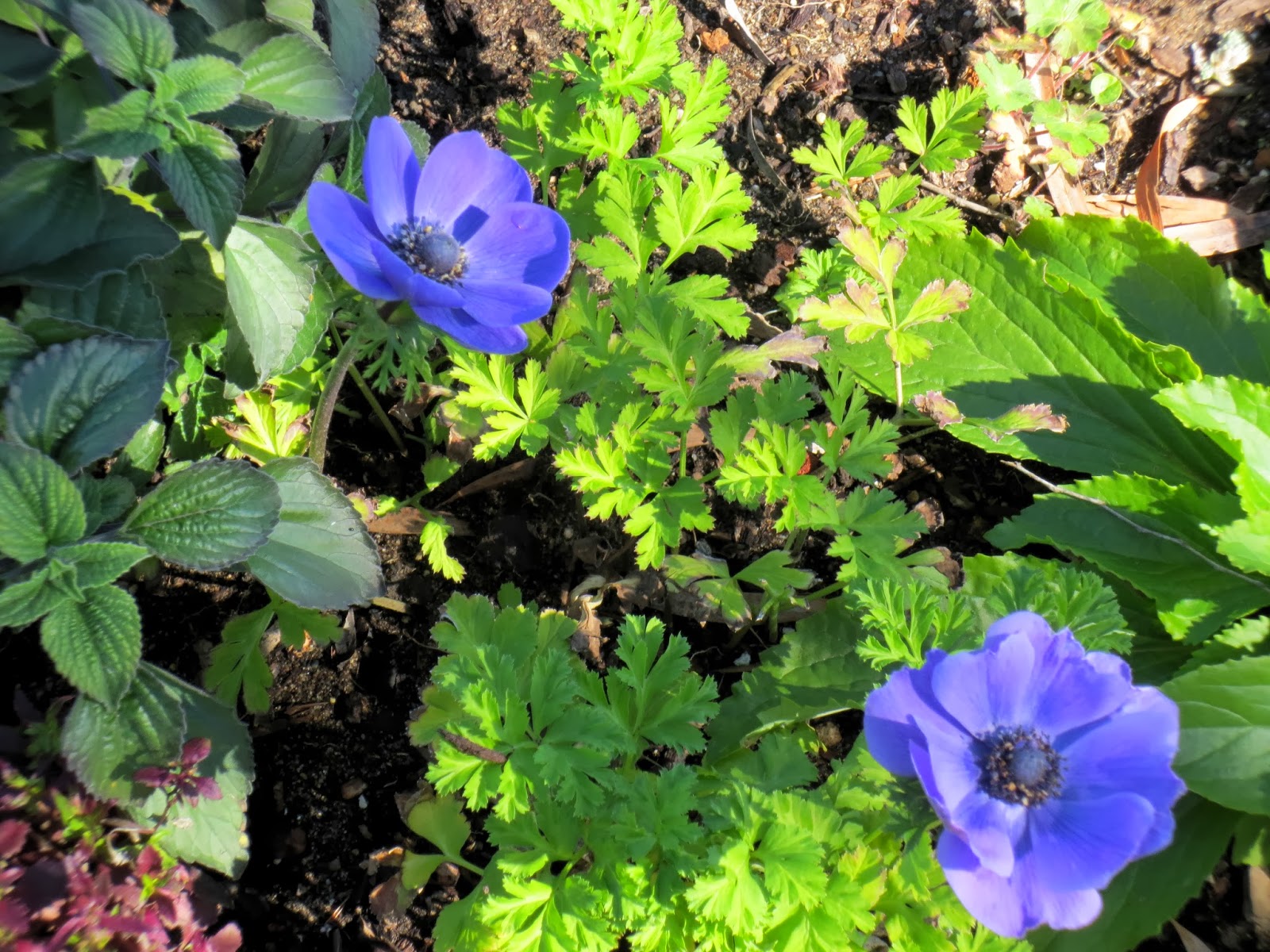 The Ranunculus I planted from tubers in the fall have begun to bloom too, at least the purple variety.  I love the flower but I'm not sure how I feel about the color of this one, which reads as more red than purple to me. 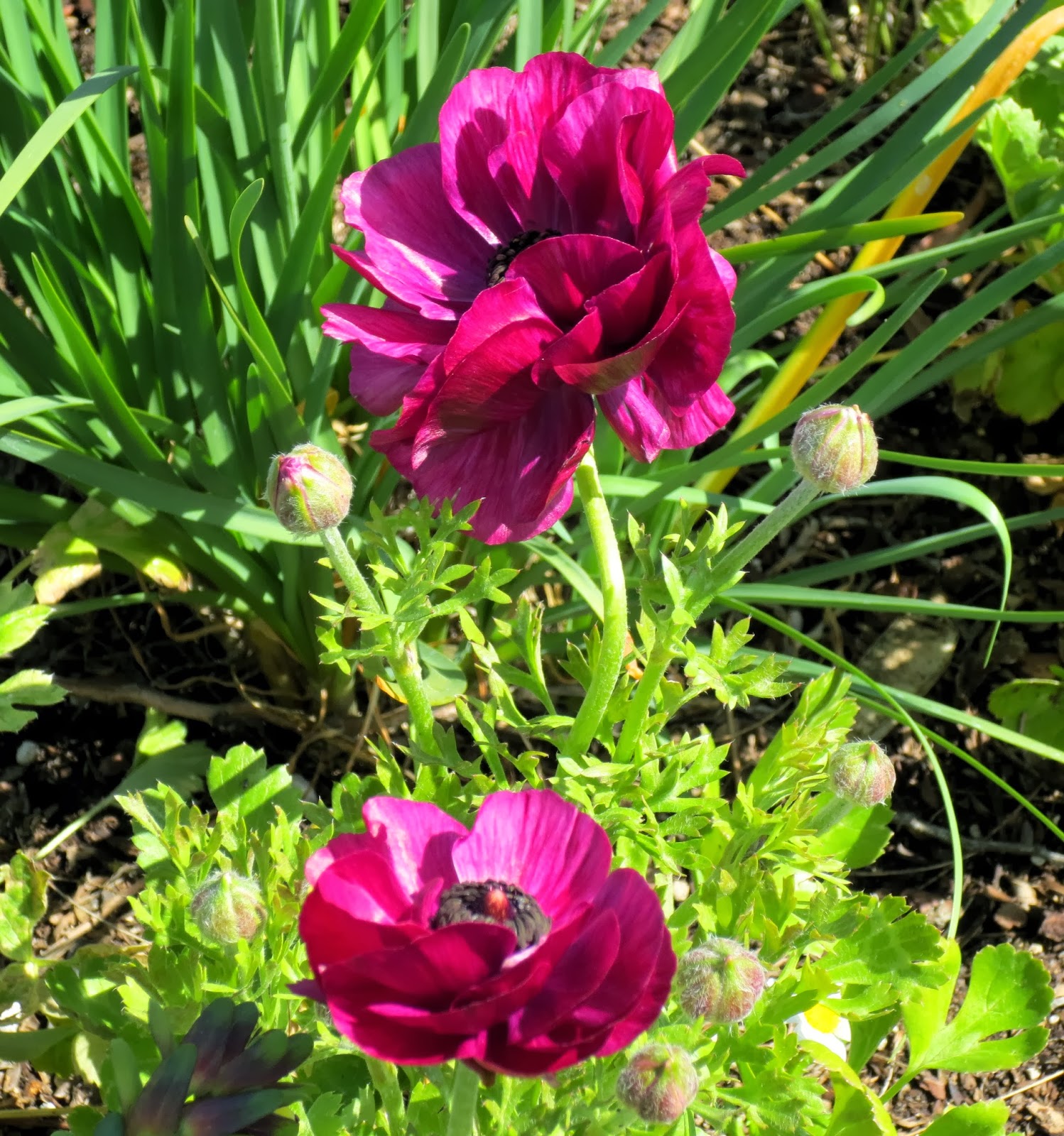 The biggest surprise in the bulb category was the appearance of the Hippeastrum cybister I planted along the street last year after their initial bloom as potted plants.  Despite being planted in a relatively dry and inhospitable location and repeatedly being dug up by raccoons, it appears that at least 3 of the 6 are going to bloom.  One already has.


The succulent bulbs, Ledebouria socialis, are also blooming.  They aren't easy to photograph either.  I love that speckled foliage. 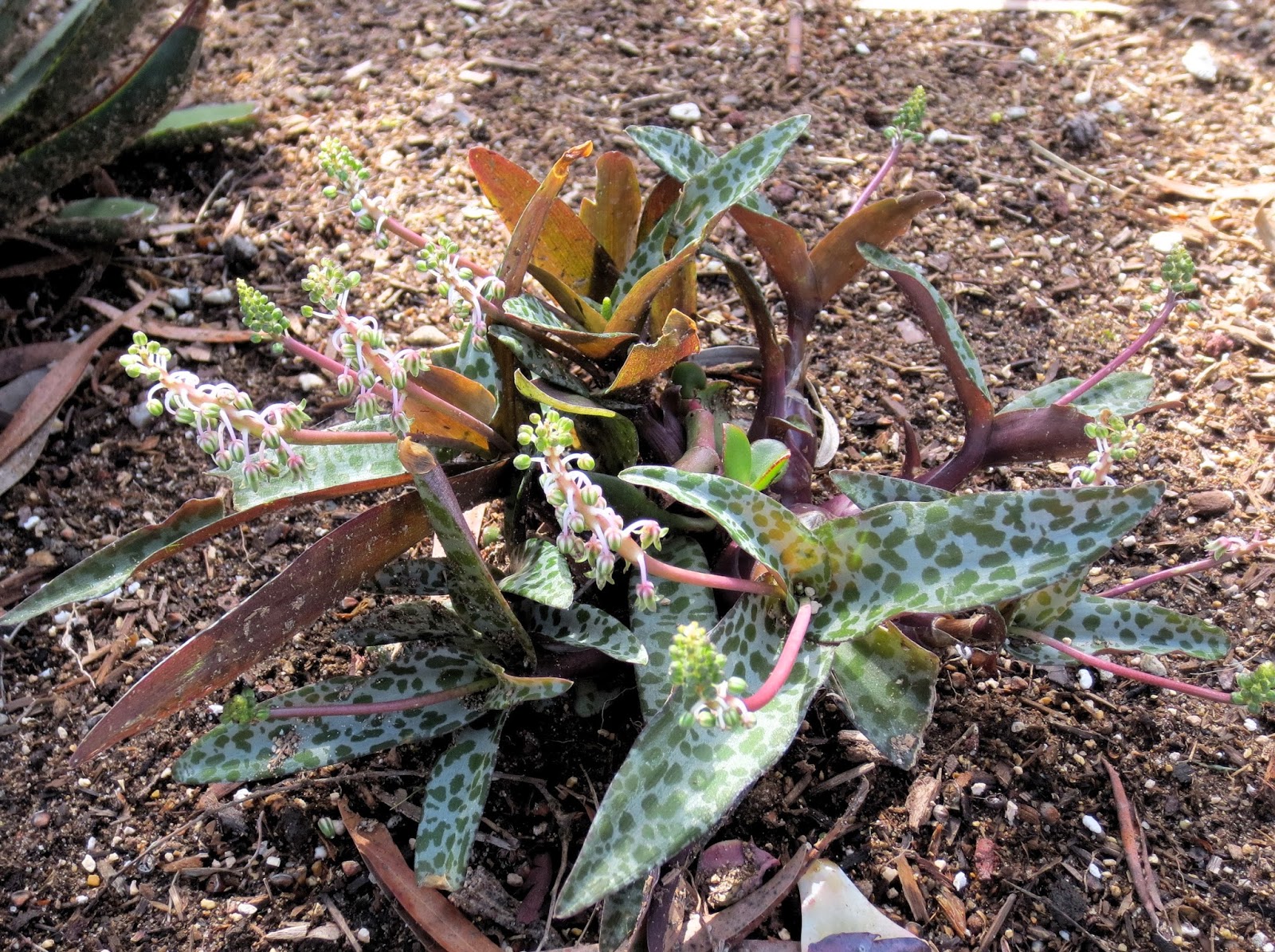 There's more bulb foliage coming up but, frankly, I've forgotten most of what I planted.  I know there are some Spanish bluebells scattered here and there for starters.  Although I keep pretty good records of my perennials and shrubs, I'm terrible about recording which bulbs I've planted, much less where I've planted them.  When they show up, it's always a delightful surprise.

Posted by Kris Peterson at 9:16 PM