My cat, Ming, featured in prior posts (here, here and here) during what became a regular routine of daily walks through the garden last December, passed away yesterday.  I like to think he's joined his litter-mate, Max, who we lost to congestive heart failure more than 5 years ago.  They were inseparable from kittenhood in 2001 until 2008.

Ming didn't have the same kind of close relationship with Pipig even though she treated him as the alpha-cat, just like Max did. 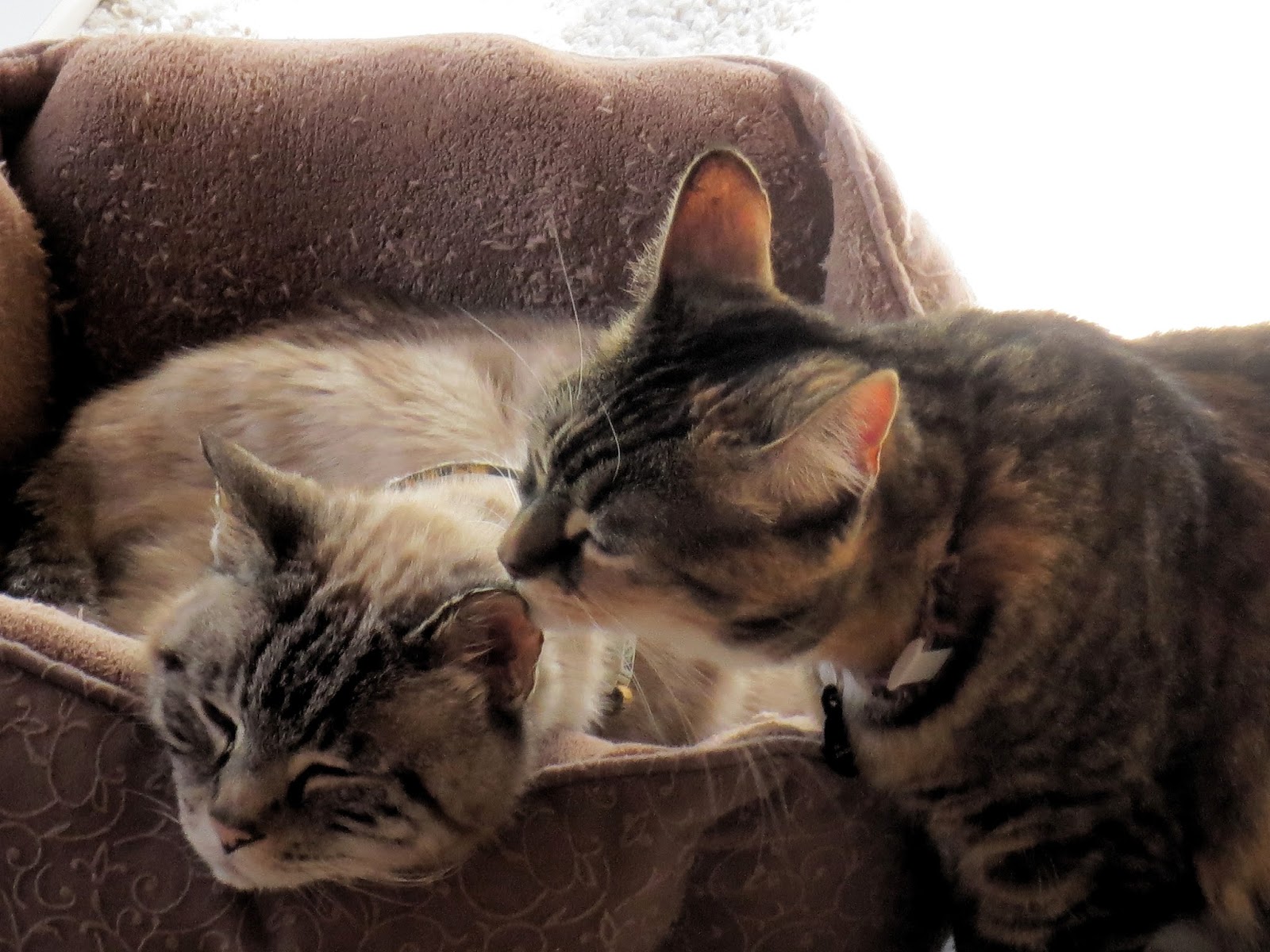 Ming held onto life longer than I expected once it became clear that his decline was irreversible.   He remained his stubborn self, even as he grew frailer and frailer.  I credit the daily walks we took for that as much, if not more, than the medications, vitamin shots, and near-constant feedings he received.  If I was out in the garden, he wanted to be out there too and he would let me know it as only a Siamese cat can. 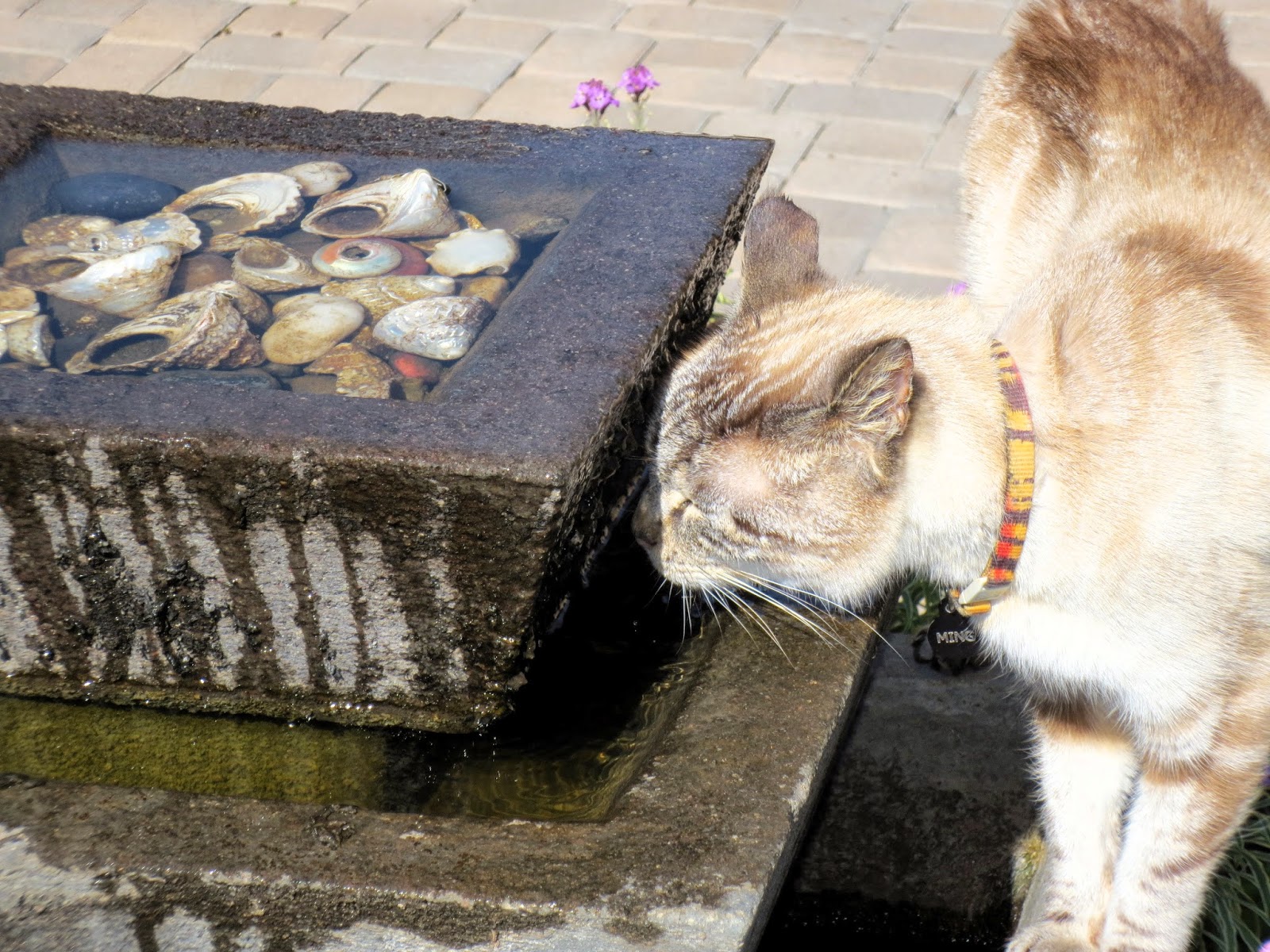 He stalked birds and squirrels in the backyard, even though he never came close to catching one. 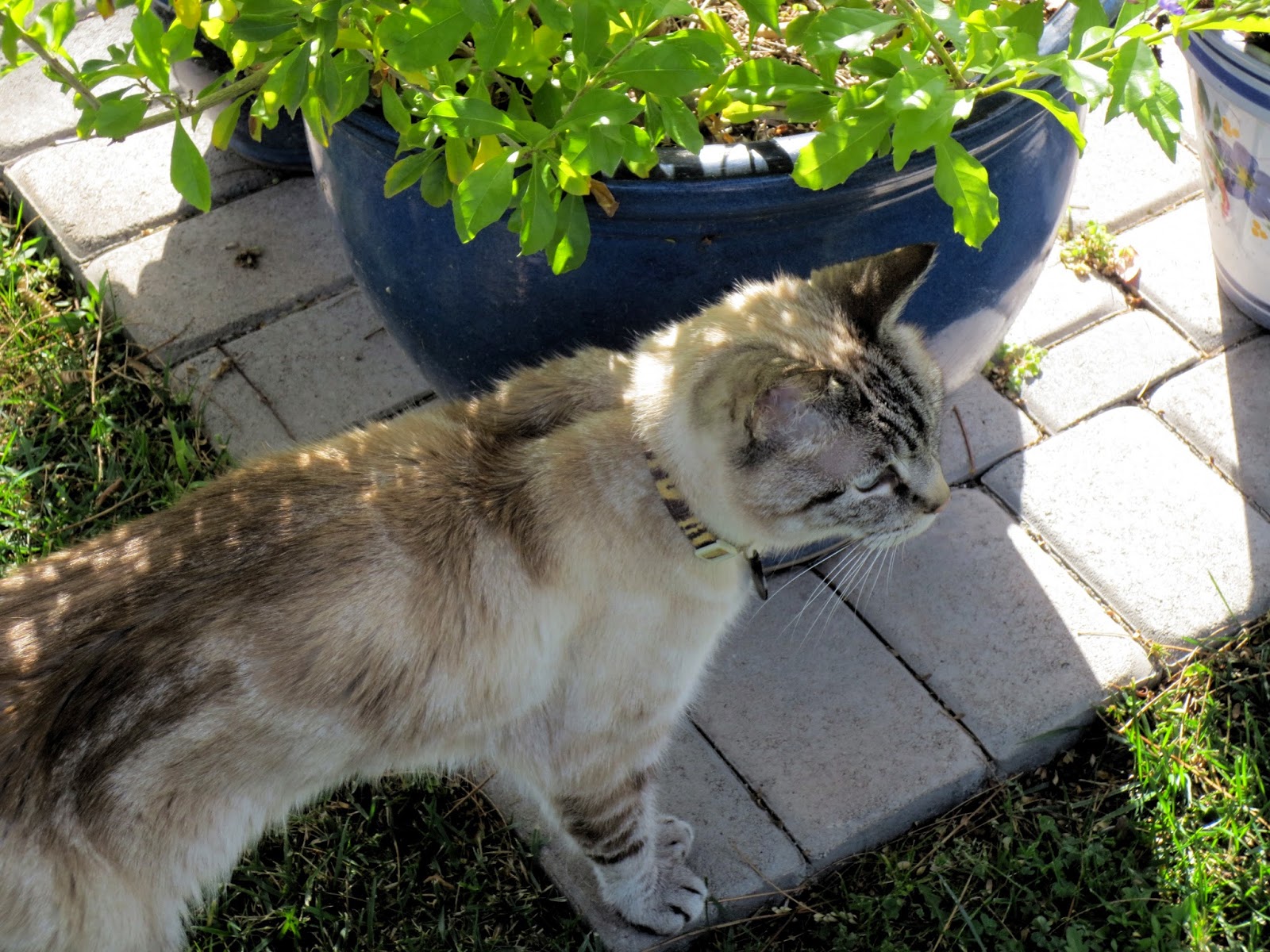 He stalked lizards in the shrubbery. 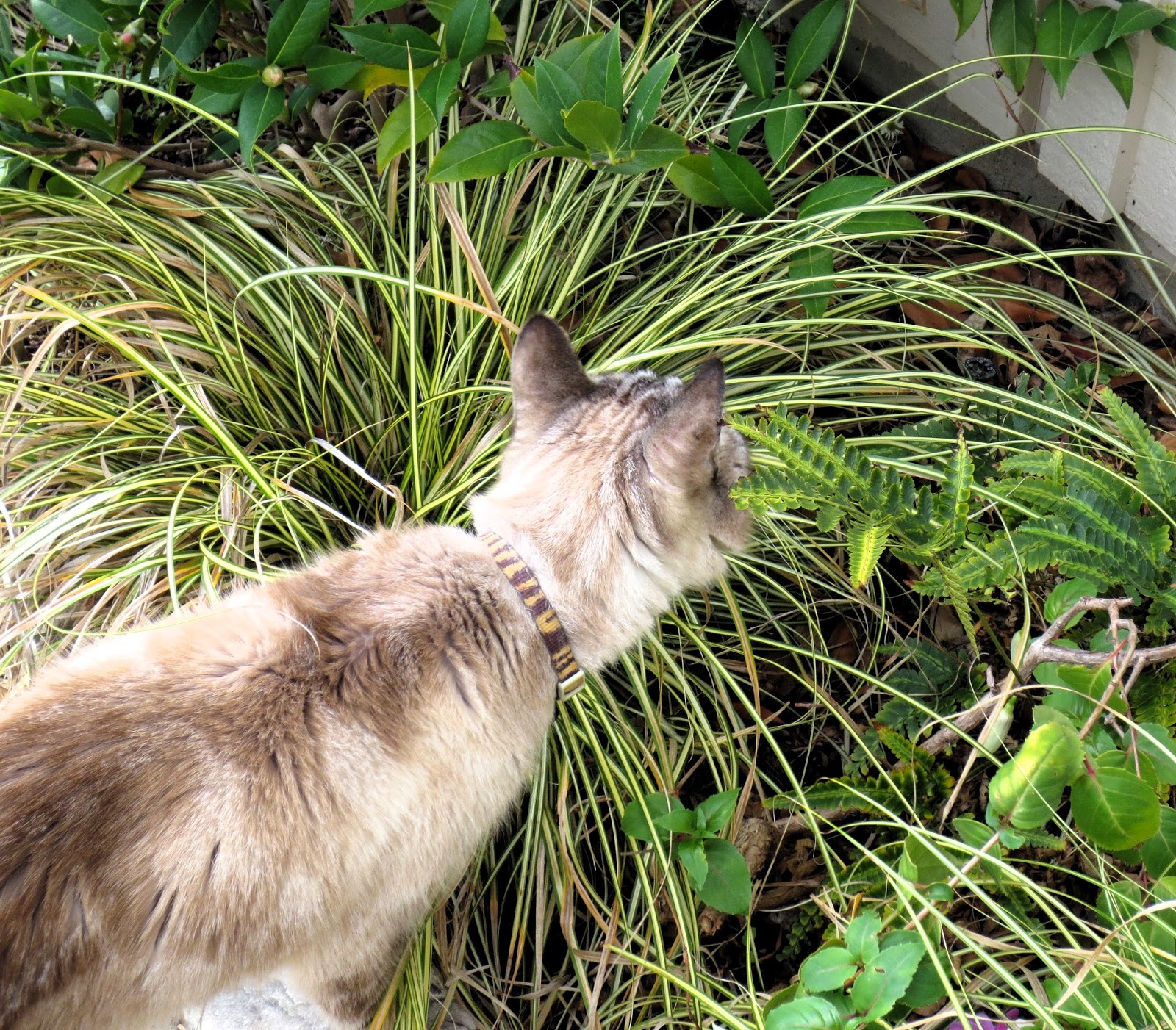 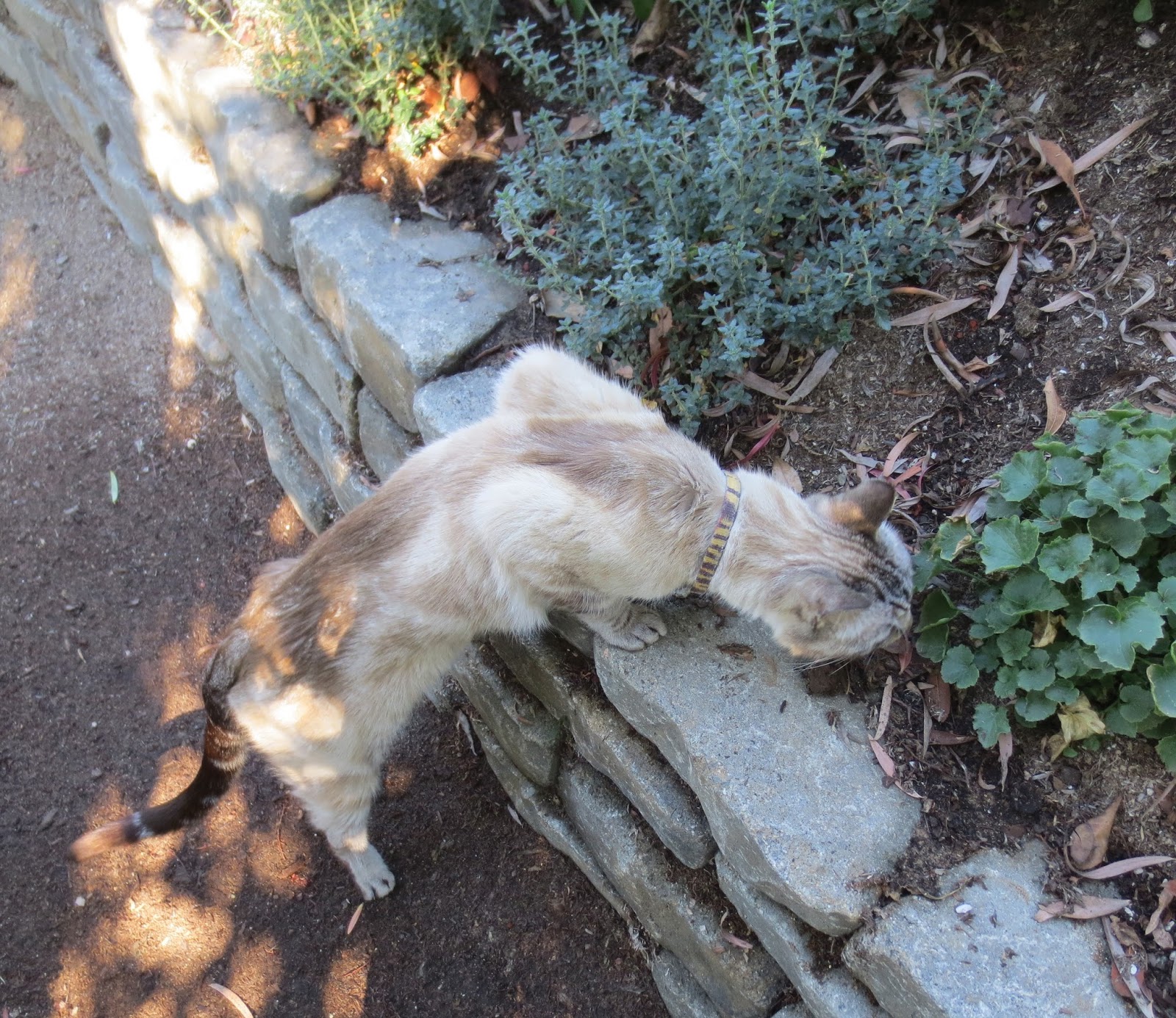 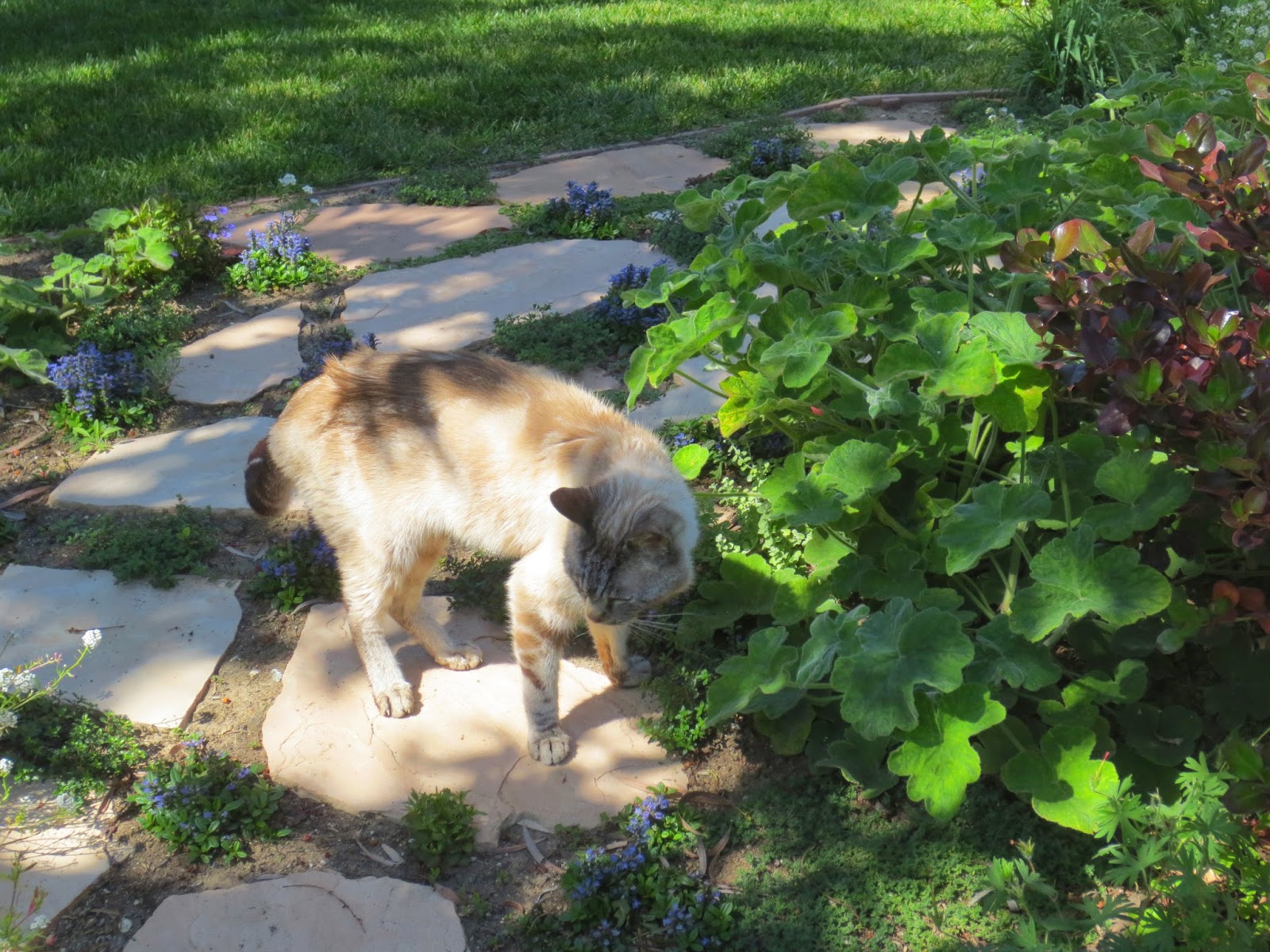 He never caught one of those either - unless you count the hapless fellow foolish enough to venture into his screened porch.

He expected me to follow him, wherever he chose to go, but he'd usually wait up for me if I lagged behind. 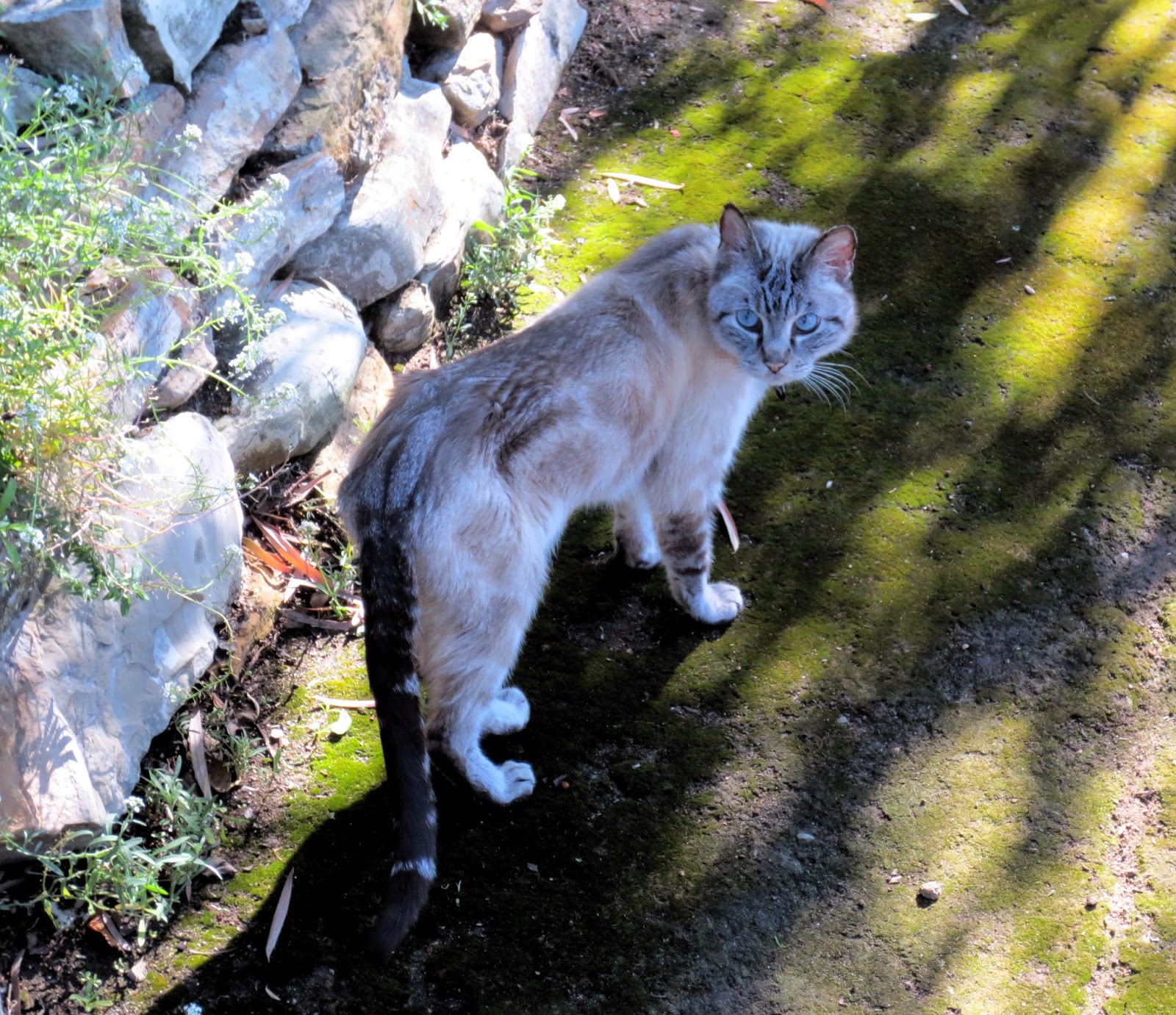 And if I sat down, he'd usually jump into my lap. 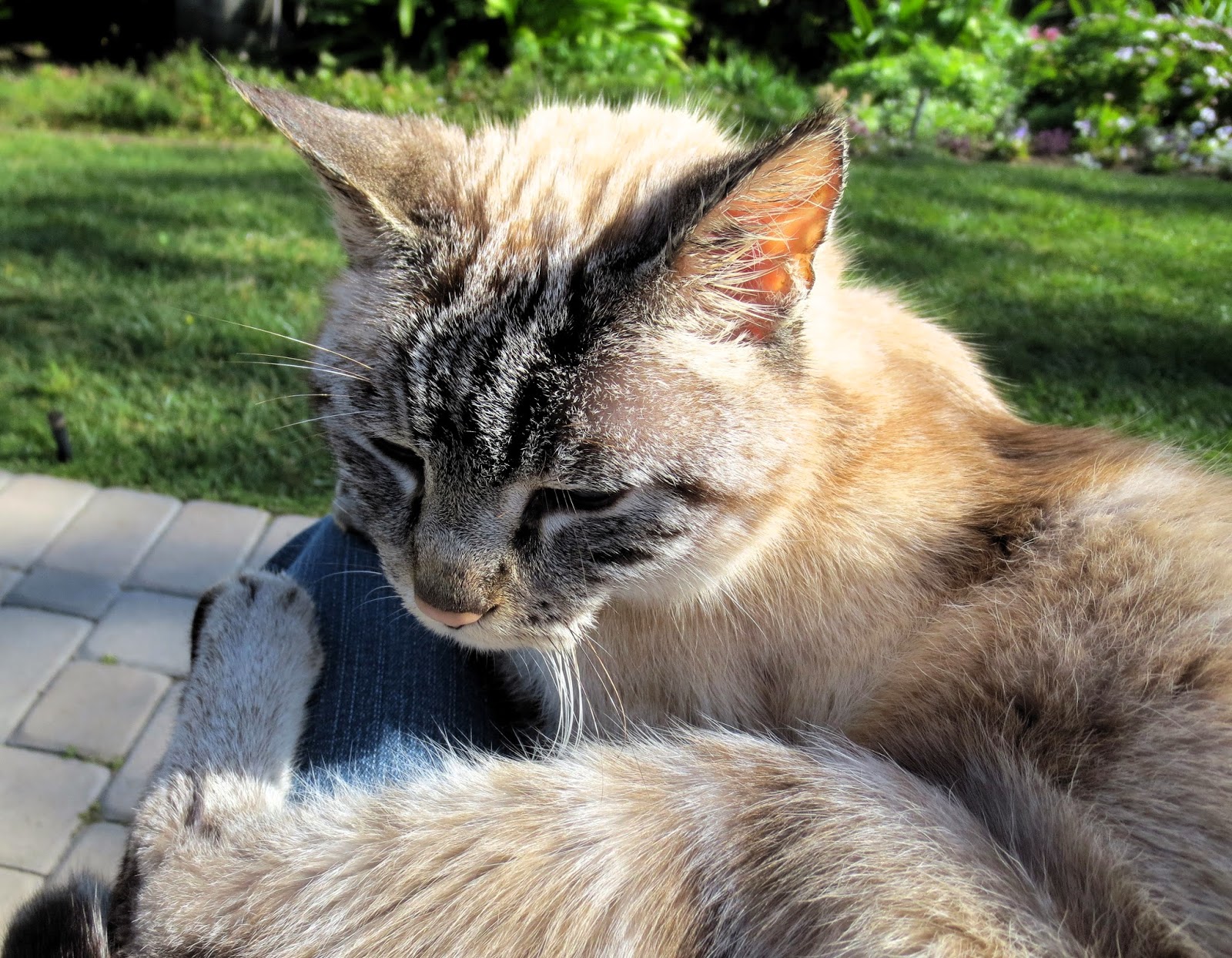 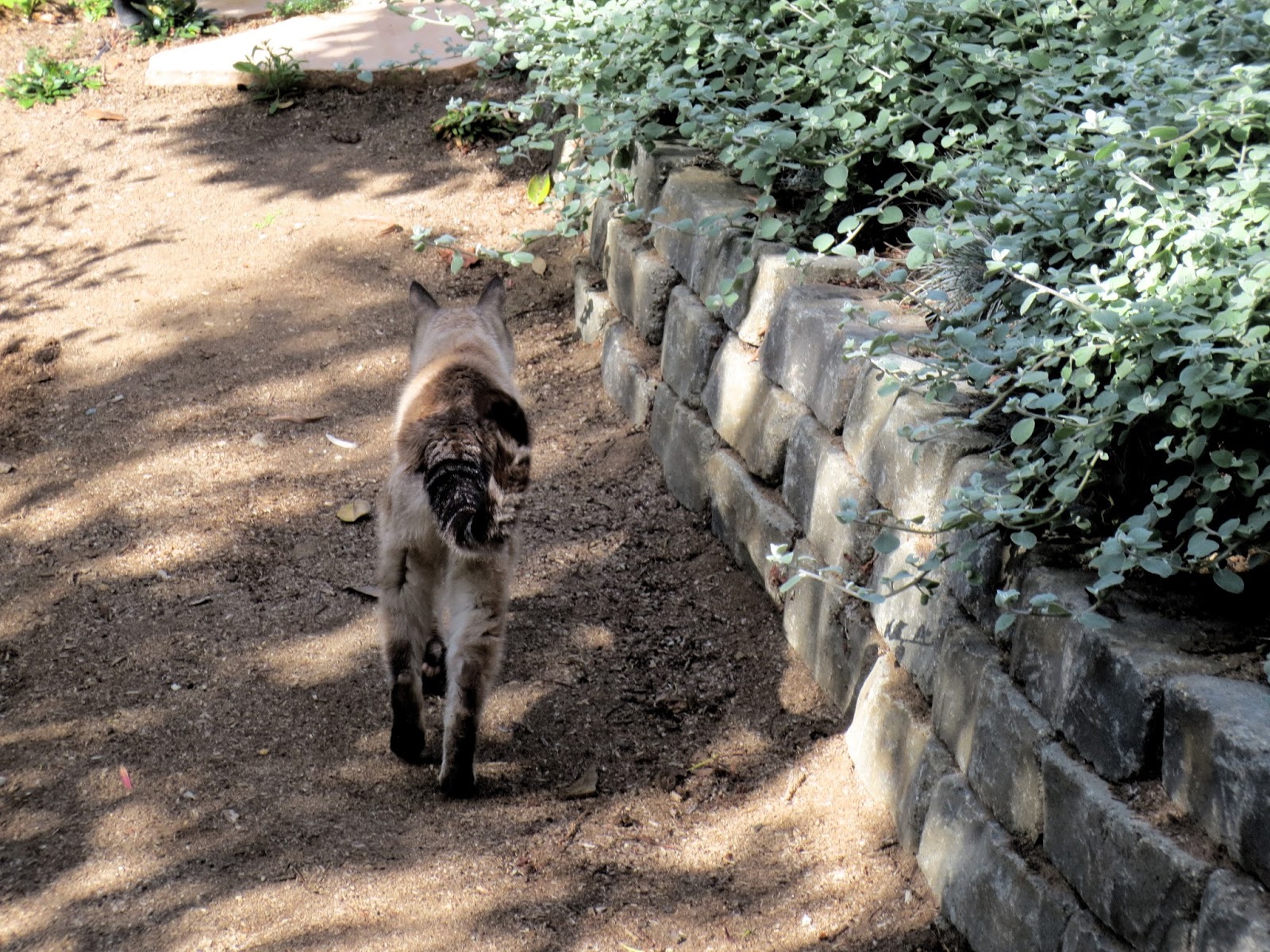 Posted by Kris Peterson at 9:55 AM

Email ThisBlogThis!Share to TwitterShare to FacebookShare to Pinterest
Labels: Cats