My favorite plant of the week: Ageratum corymbosum

I'm tempted to call my favorite plant of the week the plant of many names.  Frankly, even after doing some on-line research, I'm still not sure what its proper botanical name is.  I purchased the plant in January 2011 from Annie's Annuals & Perennials as Ageratum corymbosum.  Annie's site later showed a name change to Eupatorium sordidum but is now again selling it under the name of Ageratum corymbosum, without an explanation for the change.  I've found pictures of the plant on-line under both names, some supplied by Annie's and some by other parties.  I also found cross references to Bartlettina sordida, which has remarkably similar flowers but less purple foliage. However, Annie's sells that plant as a separate offering.  As my plant looks like an Ageratum and as my original supplier is currently using that name for it, I've used that in the post's title but, in the interest of fair disclosure, you should be aware of the confusion regarding its classification, especially as descriptions of the plant's size and hardiness vary with the classification used by the different sources. 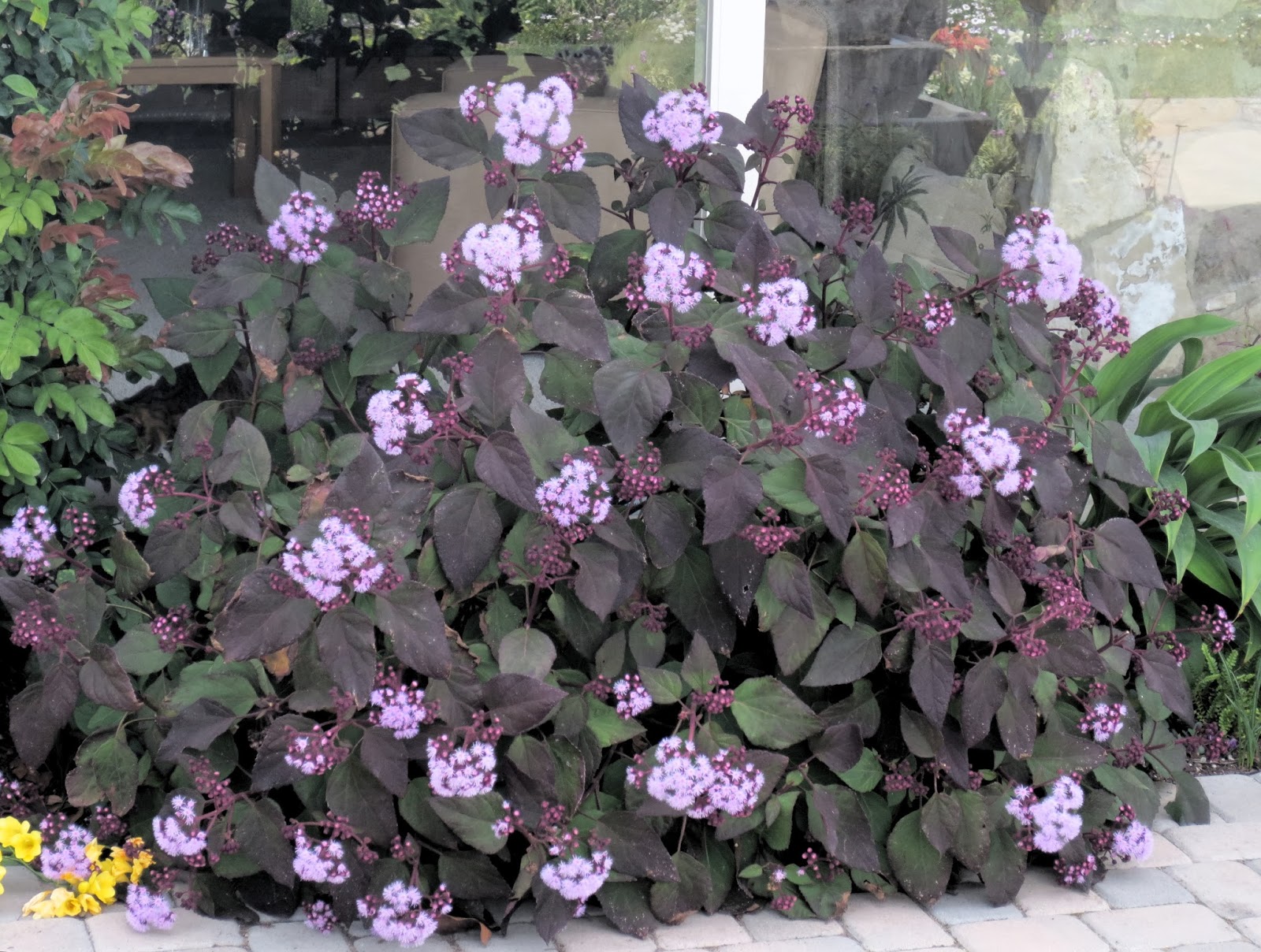 Annie's site projects the plant's mature size as 3 feet tall and wide.  Width is hard to assess as I have multiple plants that have grown together but mine is currently closer to 4 feet tall.  It's evergreen - or, as Annie's describes it, "ever-purple."  The leaves have a velvety quality and take on a purplish coloration as they mature.  I prune mine ever so slightly after its main spring bloom, just to clean it up. 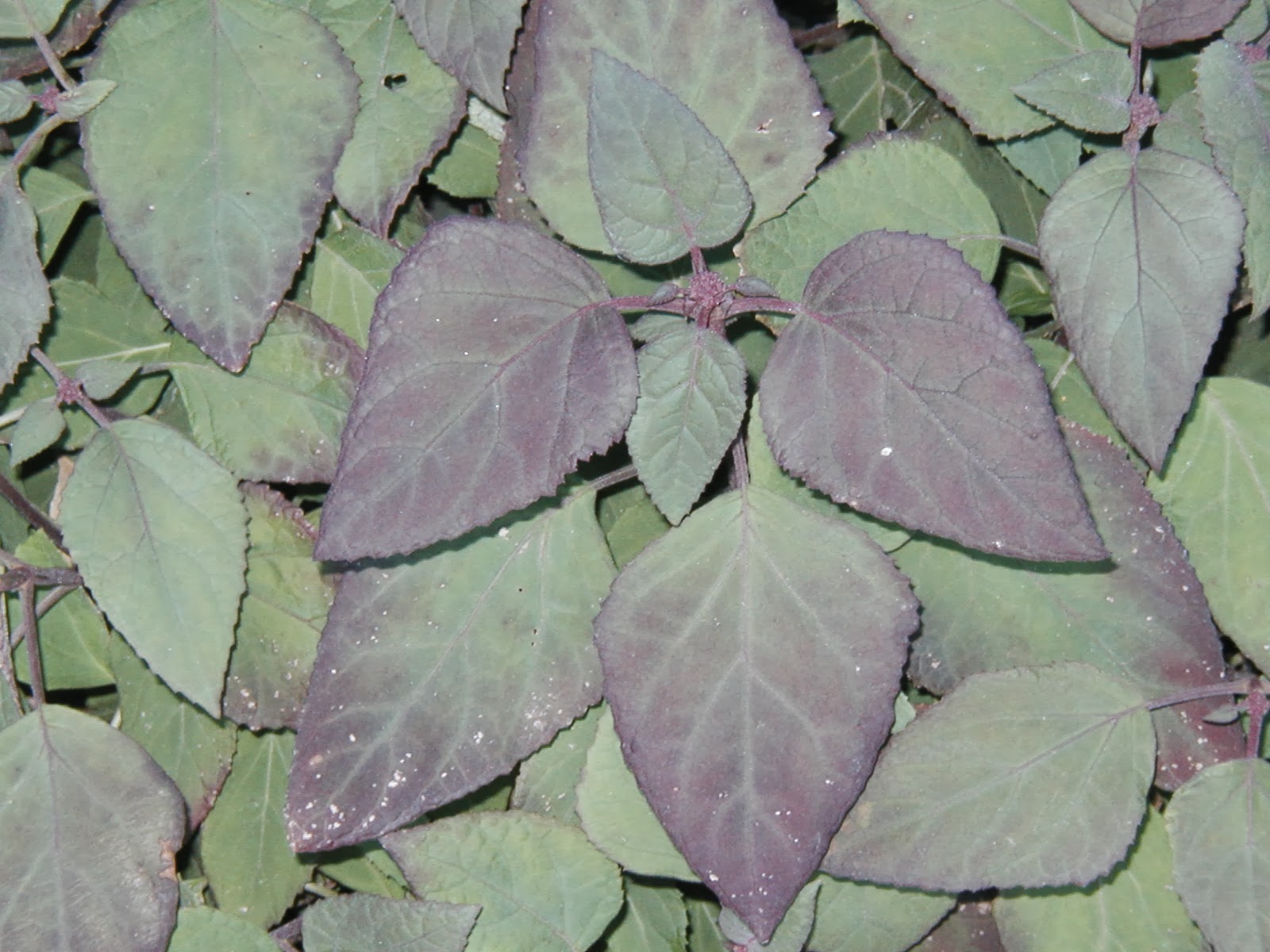 It produces some blooms off and on during the course of the year but, in my garden, the heaviest bloom occurs in early spring.   Buds began appearing in January but the blooms take their time.  It's coming into full bloom now.  The flowers have the classic flossy appearance of the annual Ageratum. 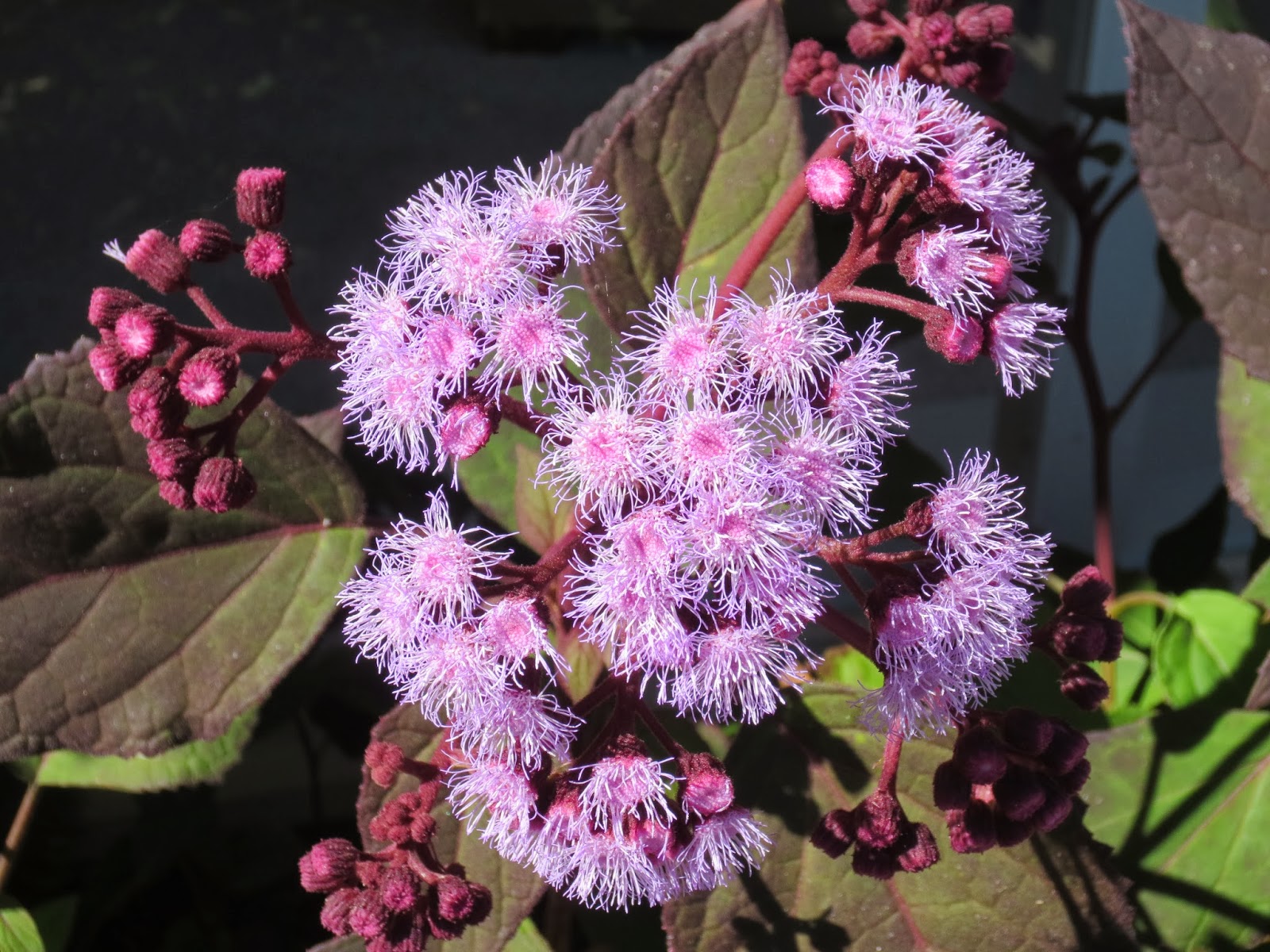 It's generally described as a shade plant.  Mine receives morning sun but it's in shade during the warmest part of the day.  The University of Arizona says it can tolerate some drought but requires water during the summer dry season - mine does fine on a drip irrigation system.  Annie's site says it's root hardy to 15F.  Dave's Garden projects a similar level of hardiness for Ageratum corymbosum but suggests that significantly higher minimum temperatures are required for Bartlettina sordida.  As we haven't seen a freeze in the time we've had the plant, I can't offer assurances one way or another with respect to winter hardiness.

Ageratum corymbosum - or whatever you wish to call it - is my favorite plant this week.  Please visit the host of this weekly favorite plants meme, Loree at danger garden, for her pick this week and to find links to other gardeners' selections.