In a Vase on Monday: Lavender and White

Last summer and fall, I put together a variety of floral bouquets, testing my creativity to make do with what I had available in my garden; however, I haven't composed a bouquet in some months now.  Last week, I came across Cathy's meme at Rambling in the Garden, featuring bouquets "in a vase on Monday."  As spring came early to southern California and I currently have lots of flowers practically crying out for attention, I've decided to join in and get back in the swing of creating flower arrangements for the house.  Here's this week's featured bouquet, a composition of pinkish lavender and white: 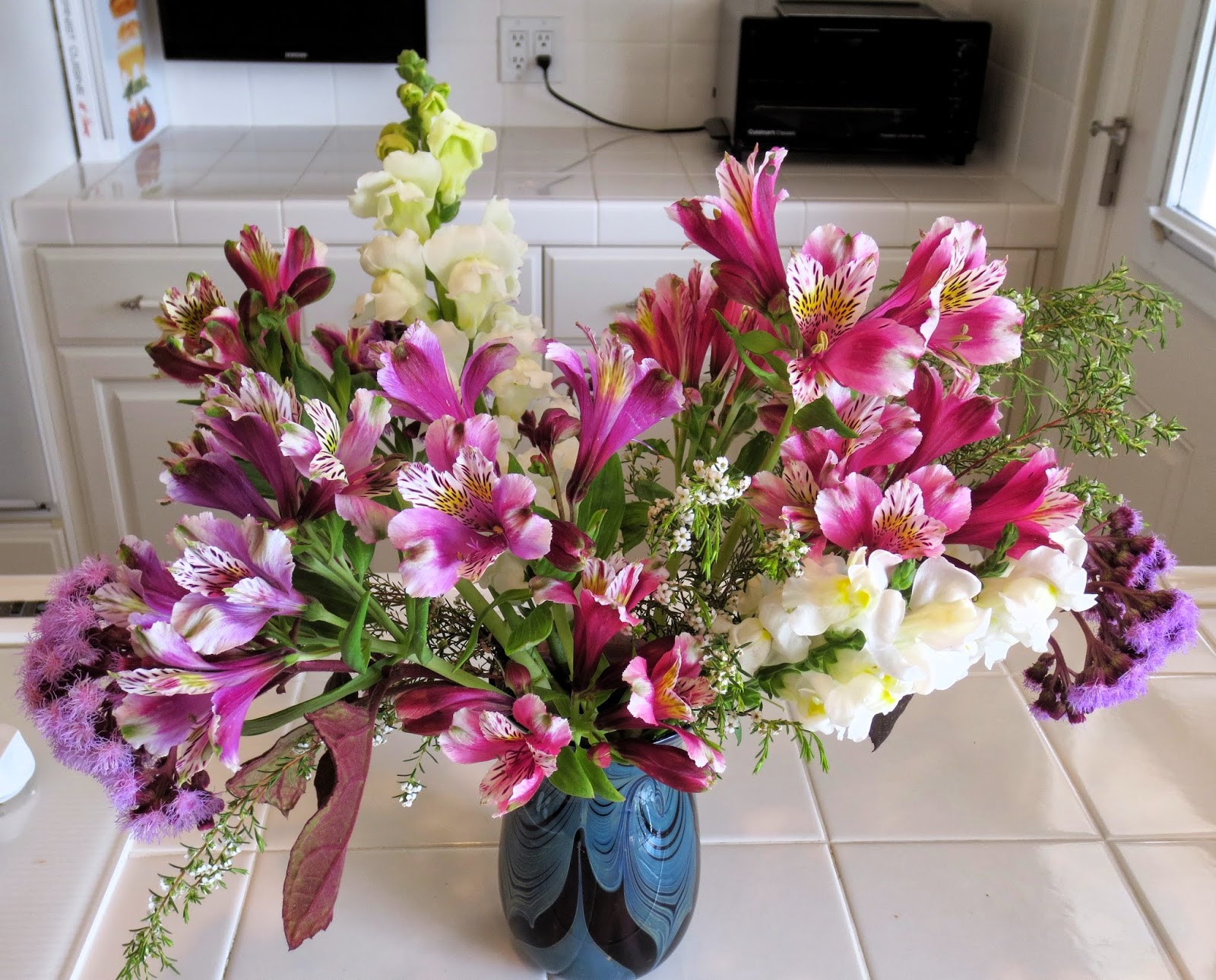 The Alstroemeria (no ID on variety) looks pinker in the picture above than it does sitting in my home office.  It leans more markedly toward lavender than the other varieties in my garden.  I accented it with scented Ageratum corybosum (recently featured as one of my favorite plants), white snapdragons (Antirrhinum majus, Rocket form), and breath of heaven (Coleonema album).  The ageratum isn't holding up as well as I'd like in the vase - perhaps I should have crushed its somewhat woody stem to aid water uptake.  The glass vase is one of my favorites, acquired during my college years (i.e. long ago), if I remember correctly.

I cut some yellow flowers for this bouquet as well but, although there's a touch of yellow in both the Alstroemeria and the snapdragon, I felt the bright yellow color distracted from the subtle beauty of the other flowers.  So, I ended up with a second bouquet of bright yellow and pink blooms. 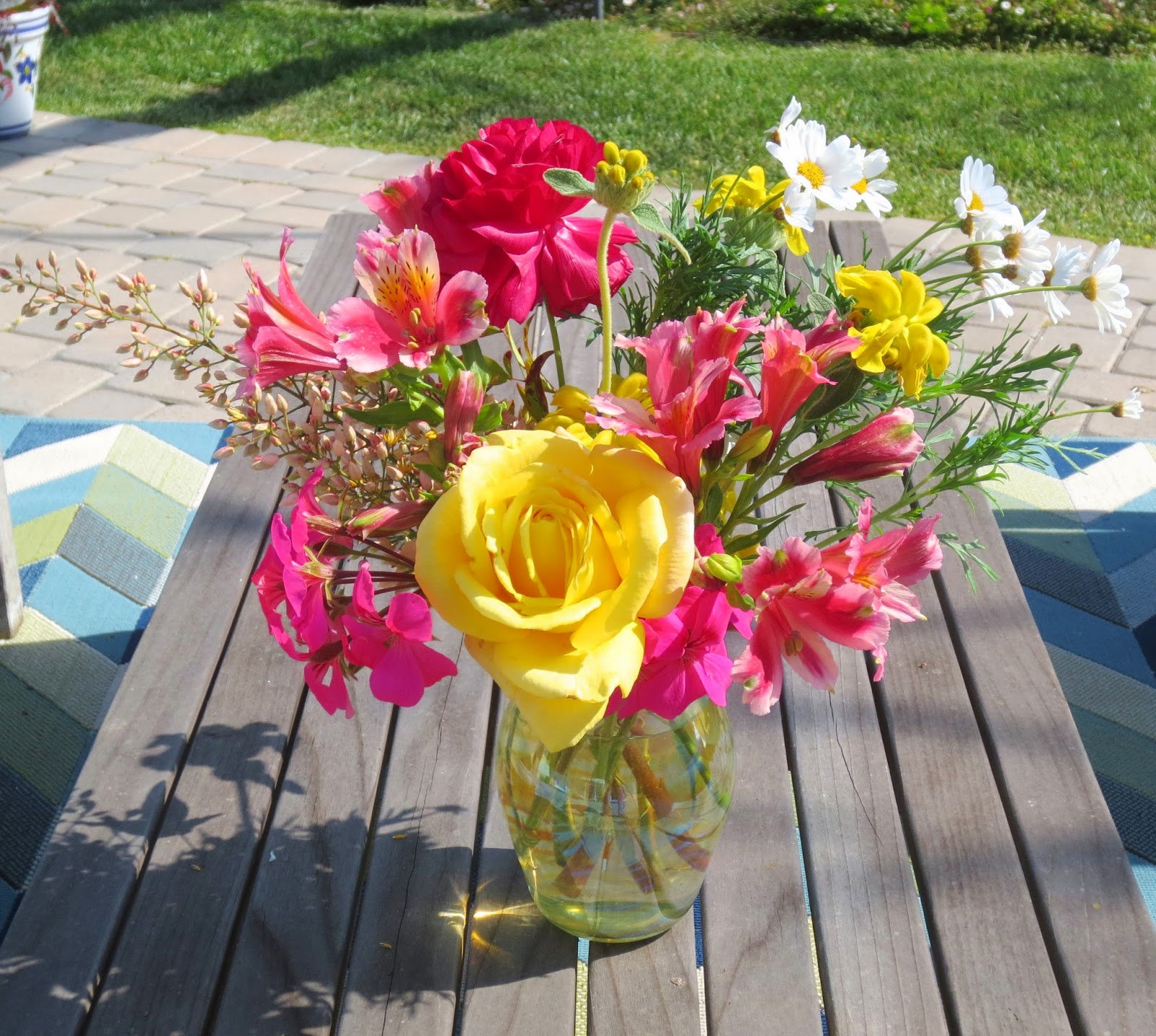 I had a hard time photographing this arrangement so I took it outside to the backyard patio.  The centerpiece is a 'Buttercream' rose, which is accented by a bright pink Alstroemeria (no ID), ivy geranium (Pelargonium peltatum 'Pink Blizzard'), Argyranthemum 'Comet White', Phlomis fruticosa, one bright pink Ranunculus, and the flowers of Nandina domestica.  I love the Nandina flowers, which I've used before as a filler in arrangements, but I admit that they're messy, dropping rice-like hulls as the small flowers open.


The Phlomis, which has flowers that look like they belong in a tale by Dr. Seuss, was difficult to incorporate into the arrangement.  The flowers are widely spaced along the woody stem but their unusual form makes an interesting addition.


These are my first contributions to Cathy's meme at Rambling in the Garden.  You can find her creation here, as well as links to the early spring constructions of other gardeners.  My thanks to Cathy for getting me back out in the garden with my scissors.

Posted by Kris Peterson at 8:38 AM