Ming and I discover an intruder

My cat, Ming, and I have continued our daily walks, which I've written about here and here.  Although he's frail, weighing just 45% of his former healthy weight, he clearly enjoys these jaunts, vocally expressing himself when I'm out in the garden and he's locked up in his screened porch.  Sometimes he takes the lead and sometimes I do but our walks generally take us all around the property, with the exception of the back slope, which allows me to keep a check on what's going on in the garden.

Ming's first stop is generally the backyard fountain.  He seems to believe that it's the most suitable place to take liquid refreshment.  Meanwhile Pipig reproachfully watches us from inside the house. 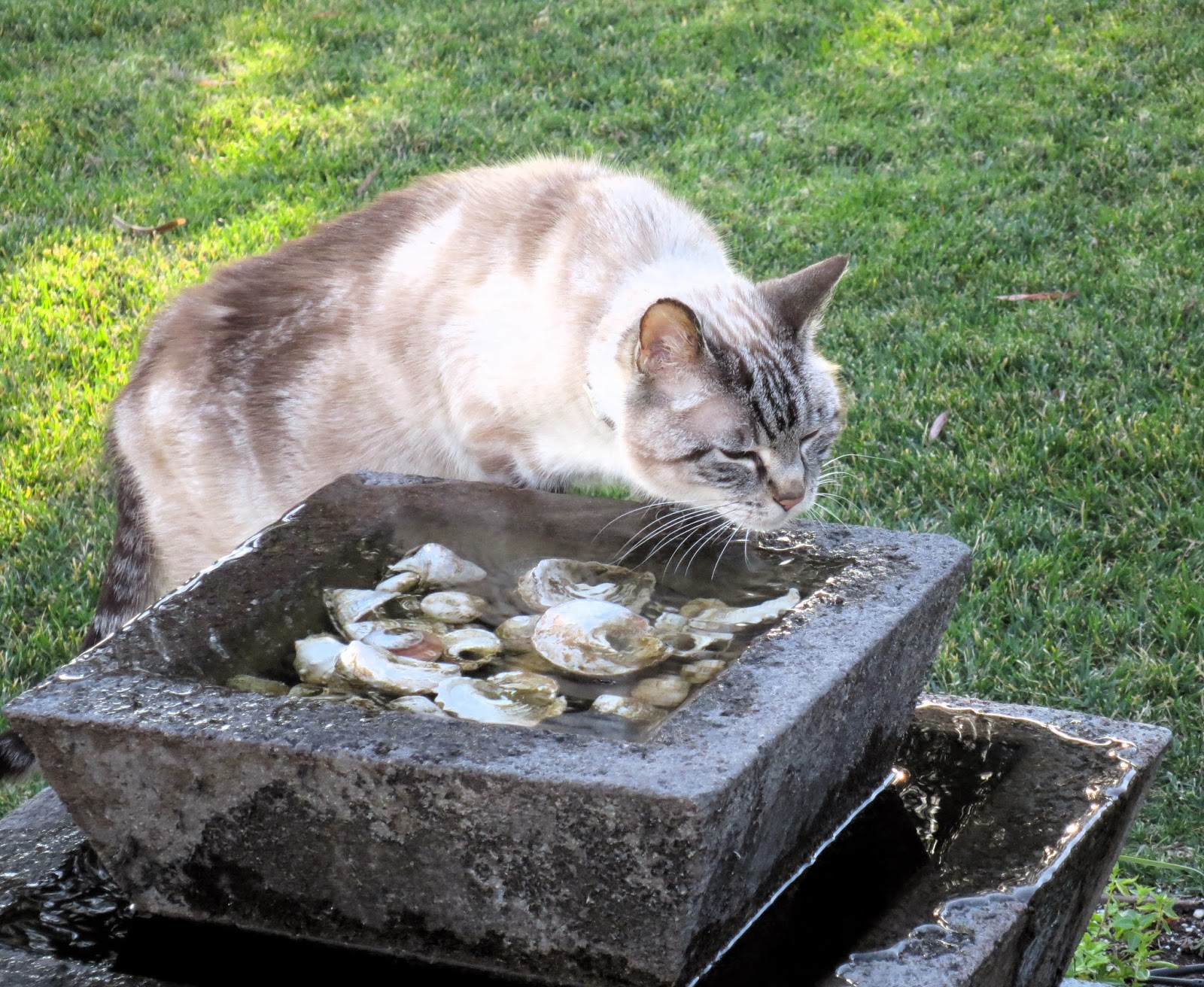 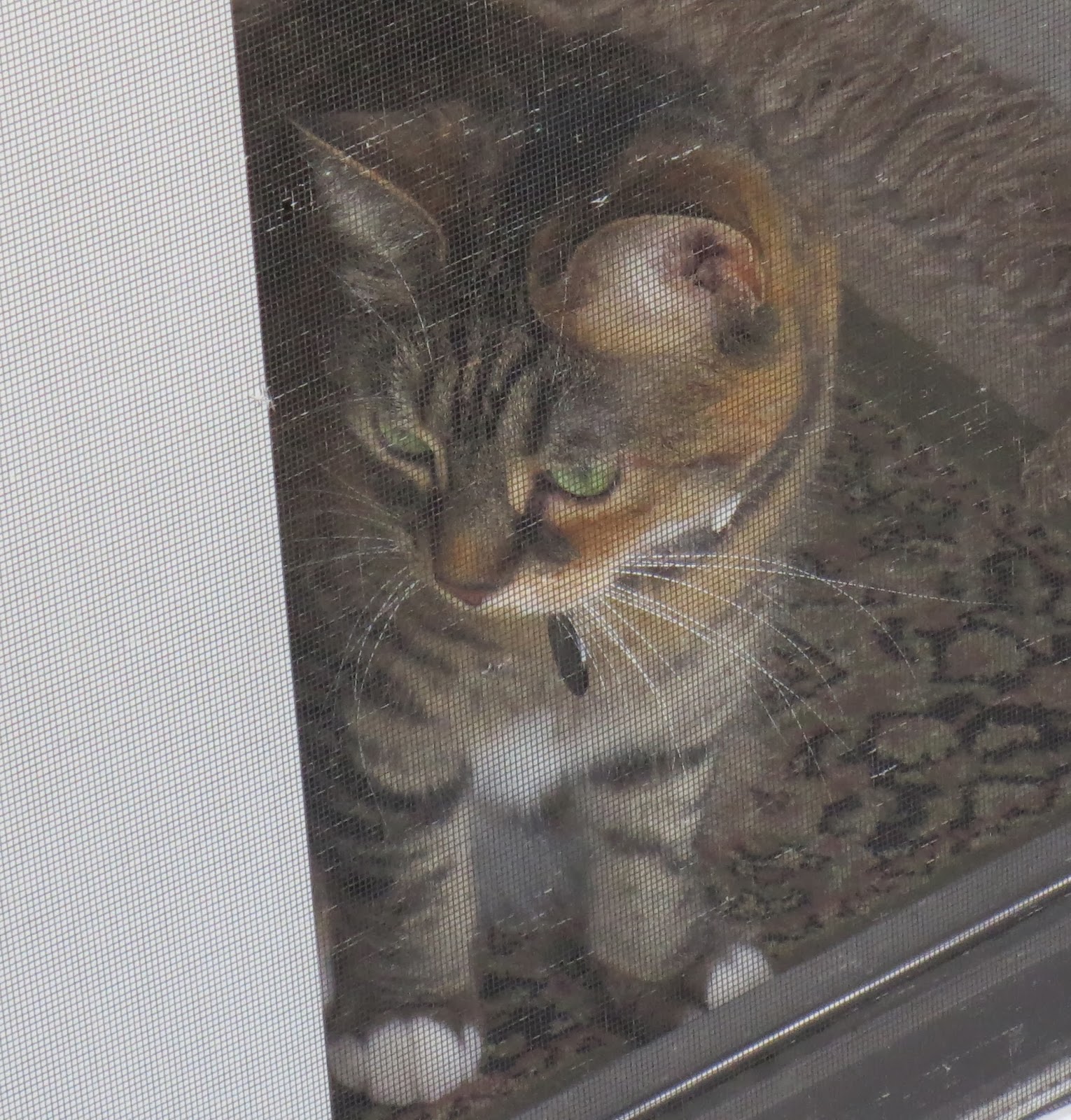 Then Ming either heads in the direction of the vegetable garden, waiting patiently for me to open the gate, or he heads back around to the side yard.  On Thursday morning, he took the latter route, leading me to discover this:

The local raccoon had evidently paid us another visit.  We discovered signs of the intrusion but not the intruder himself; however, his criminal behavior has a clear signature.  Although I've continued to make liberal use of a non-toxic animal repellent, even the package says it's effective for no more than 2 months.  I generally spread it around newly planted areas rather than established plants.  On the good news side, on this occasion, the raccoon failed to destroy any plants in his persistent search for grubs.  Last month, he tore an Agastache into 3 pieces.  I planted each of the "divisions" he left me (twice, as he dug them back up when I failed to spread repellent after the first transplant).

The side yard wasn't the only area he visited.  He also stopped by the dry garden, digging alongside a recently planted Penstemon 'Margarita BOP,' where the soil had been loosened.  Luckily, no Penstemon or other plants were injured in the process. 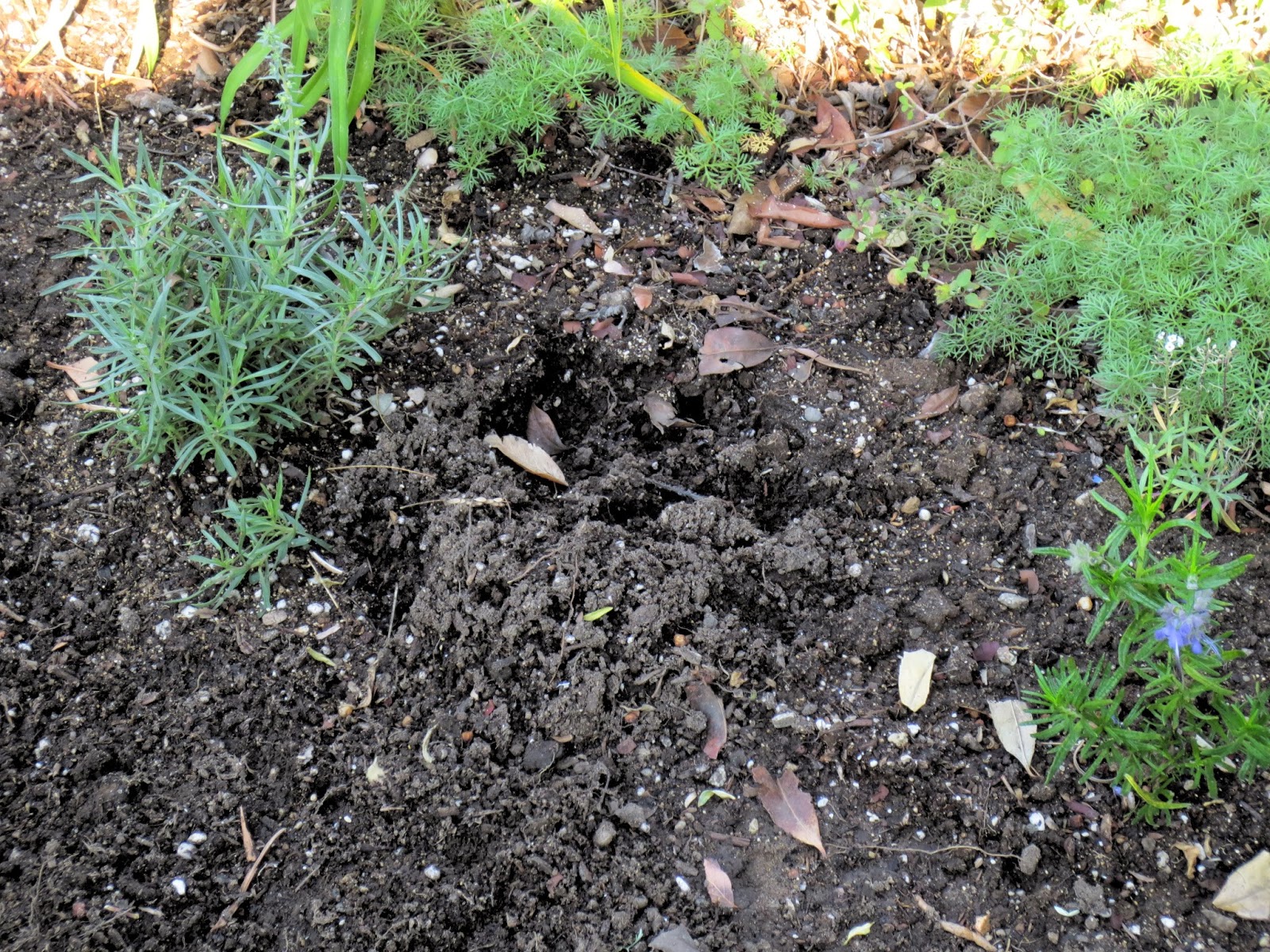 And we discovered that he'd make a pilot hole in one of the raised planters in the vegetable garden, currently planted with snapdragons and sweet peas. 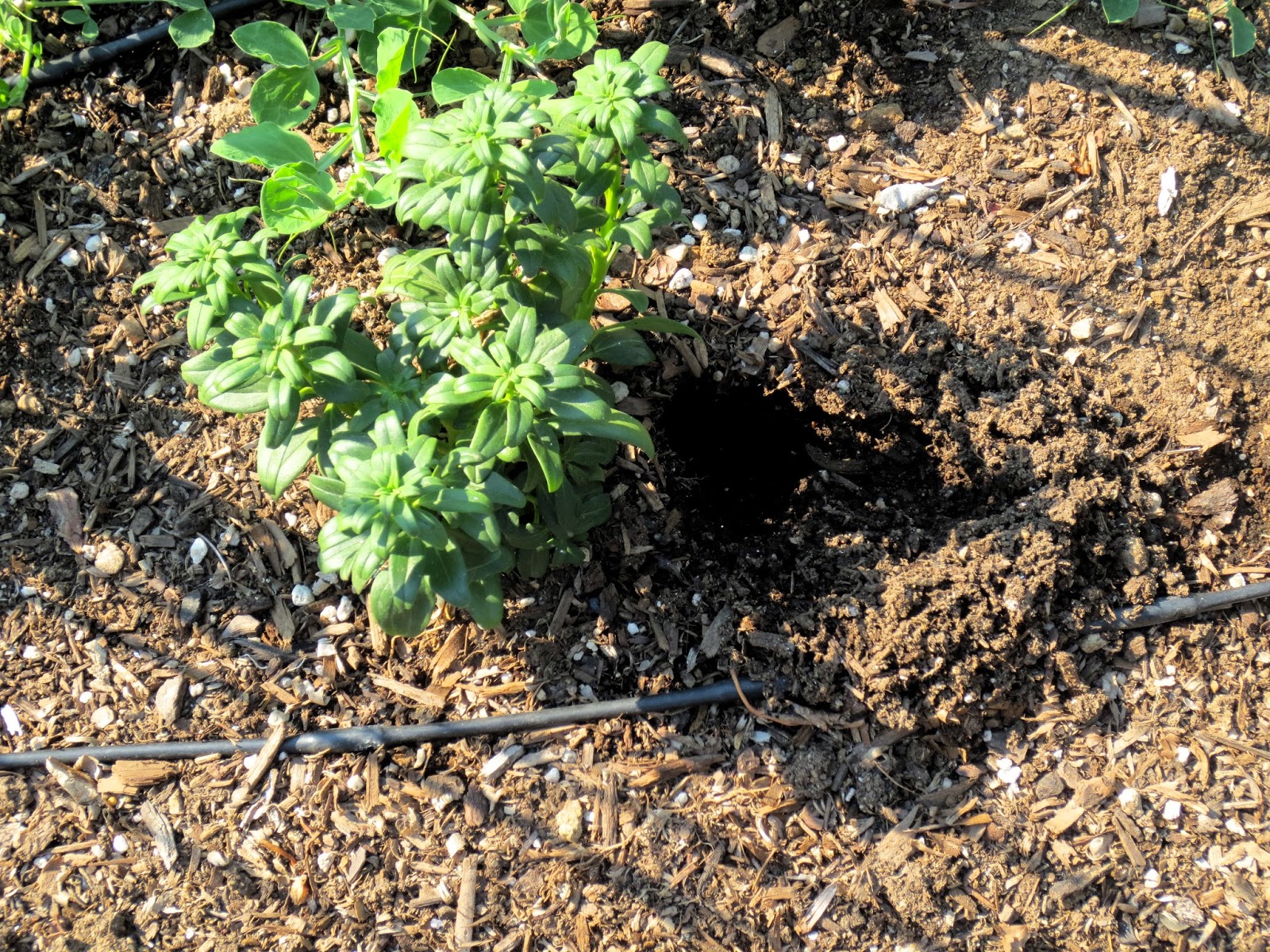 Ming carefully inspected the foliage in the front yard.


We headed back in the direction of the side yard. 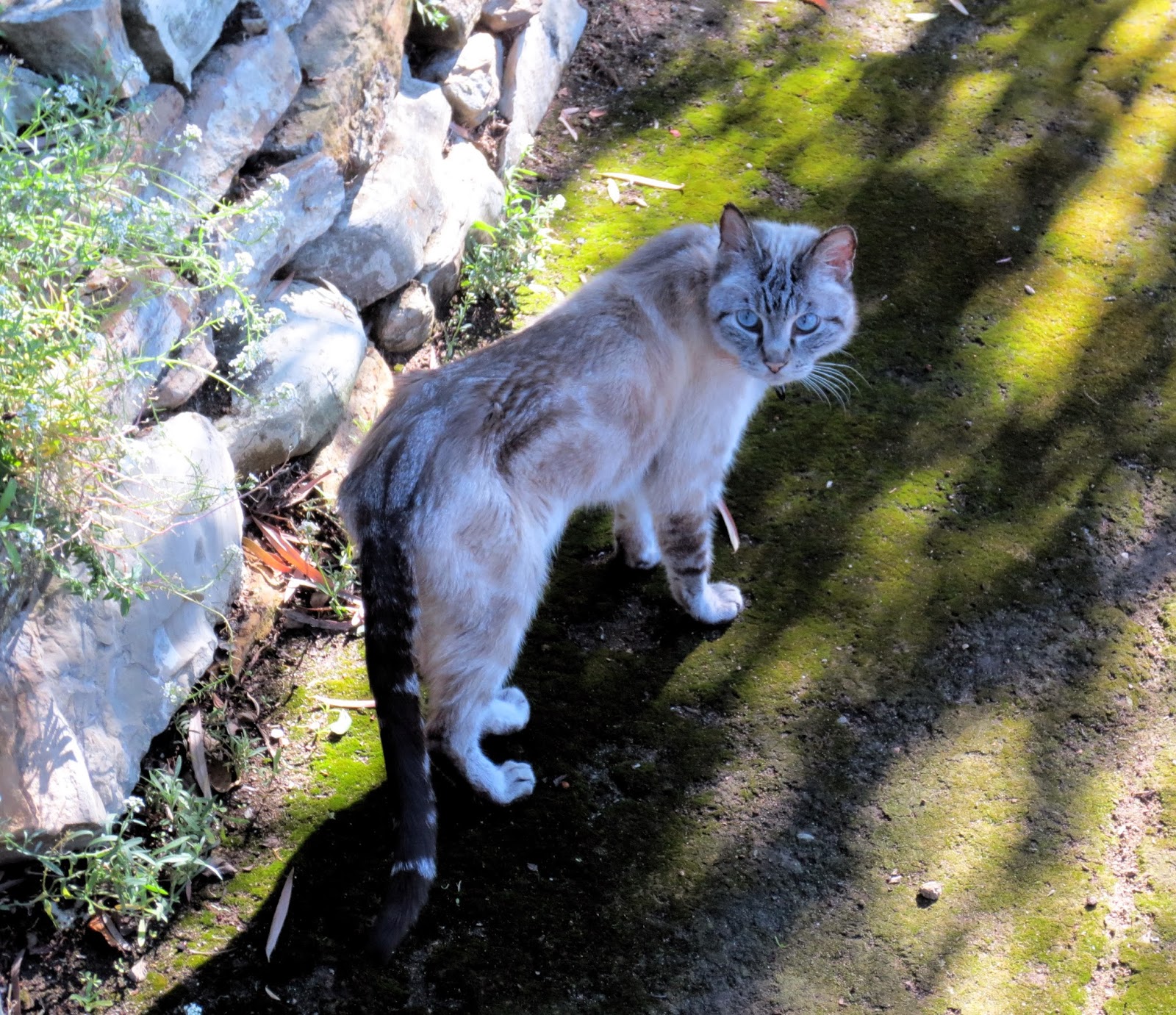 Ming was tired and had to rest as we walked the path inside the hedge alongside the street.


And then he stopped to sharpen his claws, presumably to be prepared in case he met up face-to-face with the raccoon. 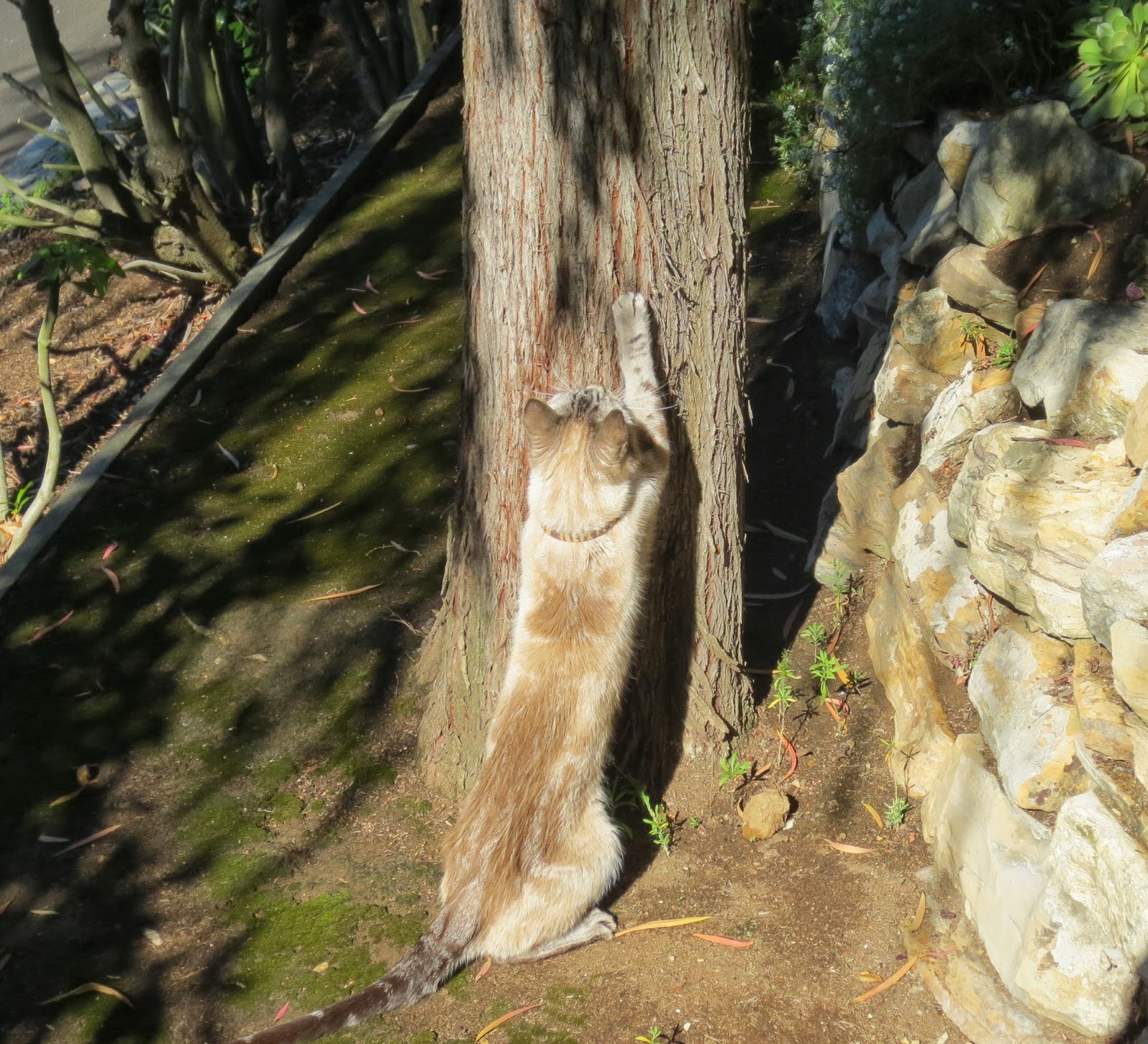 He checked the rest of the side yard. 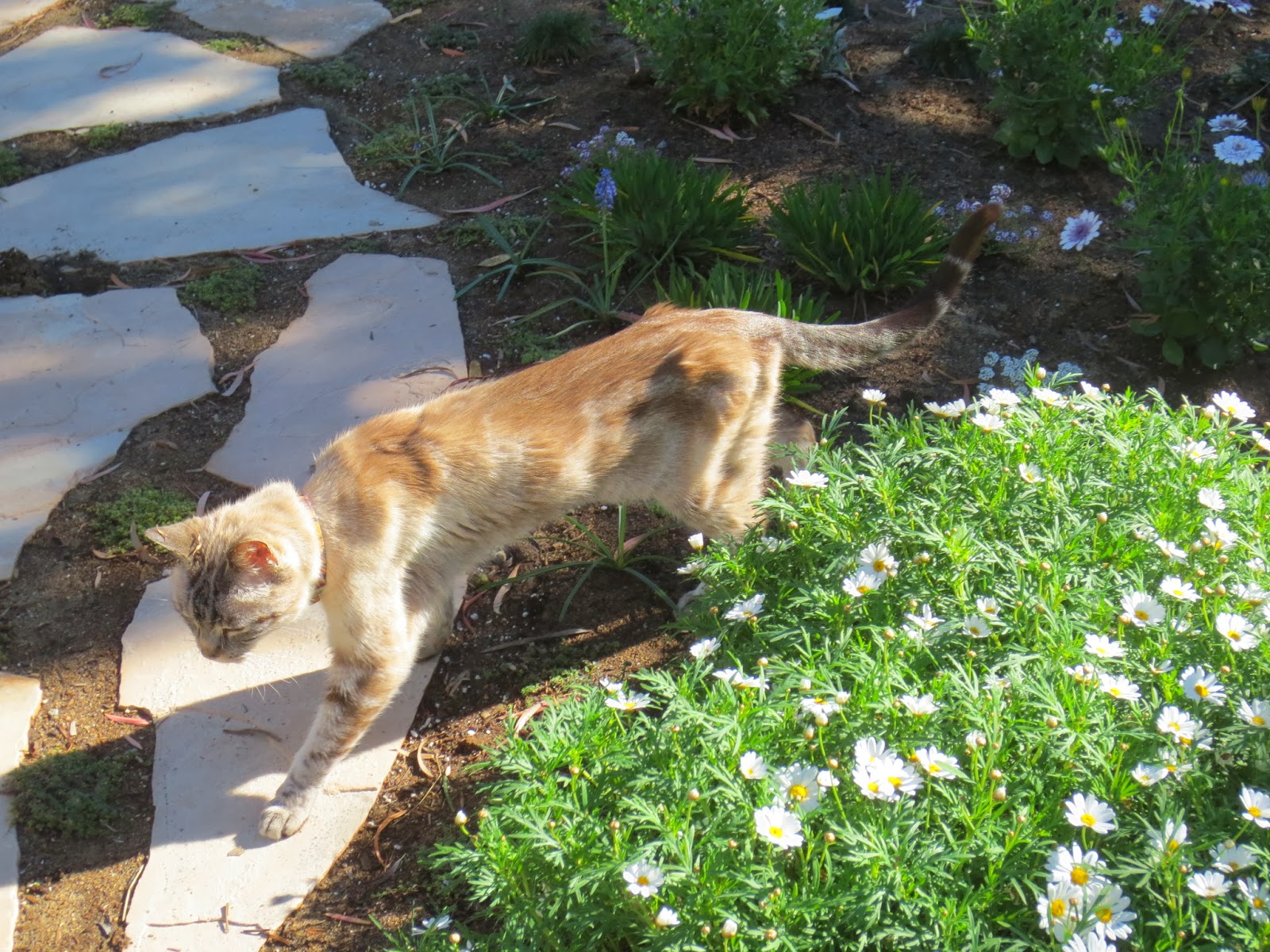 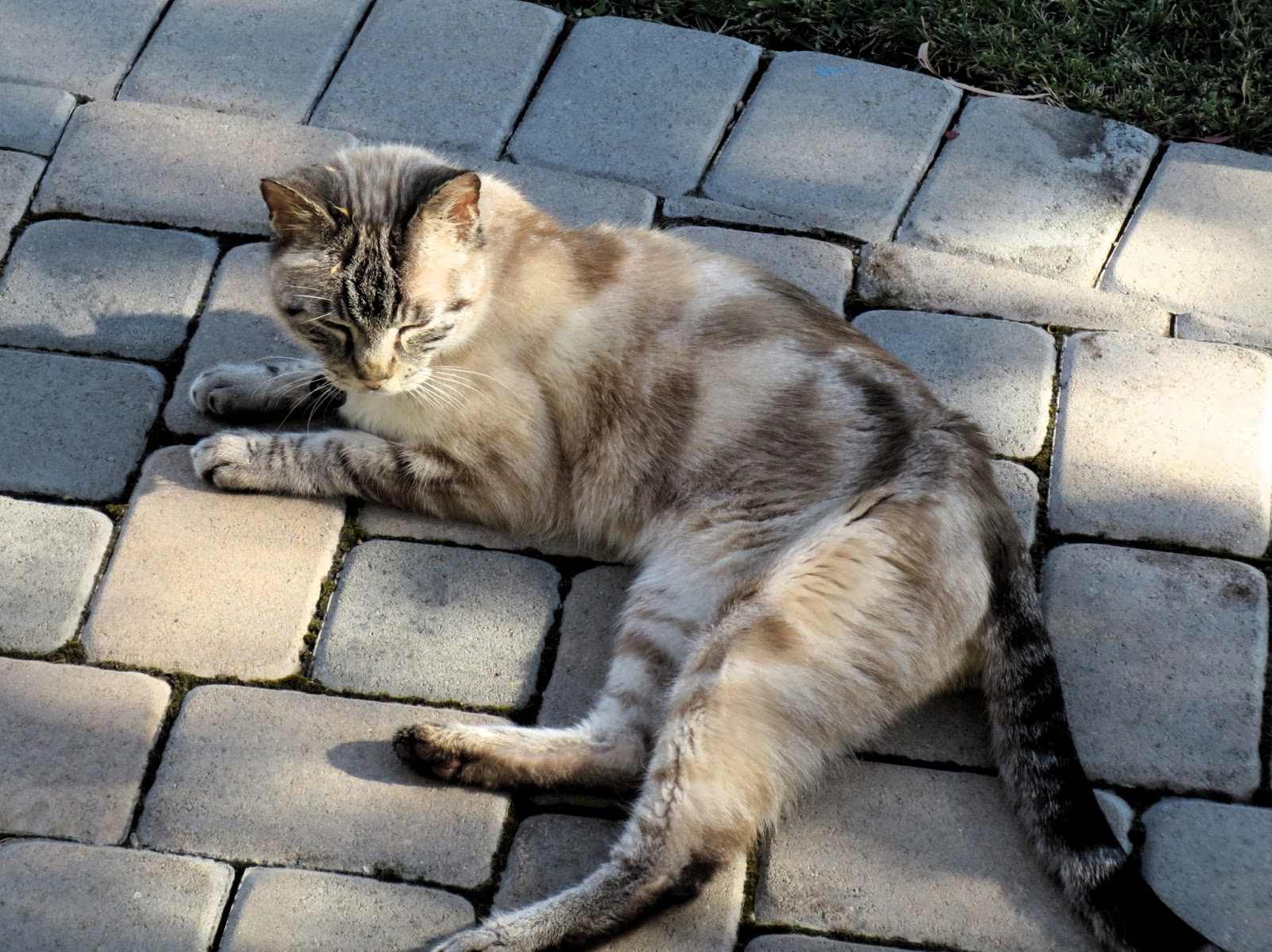 Then, before I could tuck him back into the screened porch so I could go about my daily activities, he hid under the Ceanothus hedge in the front yard. 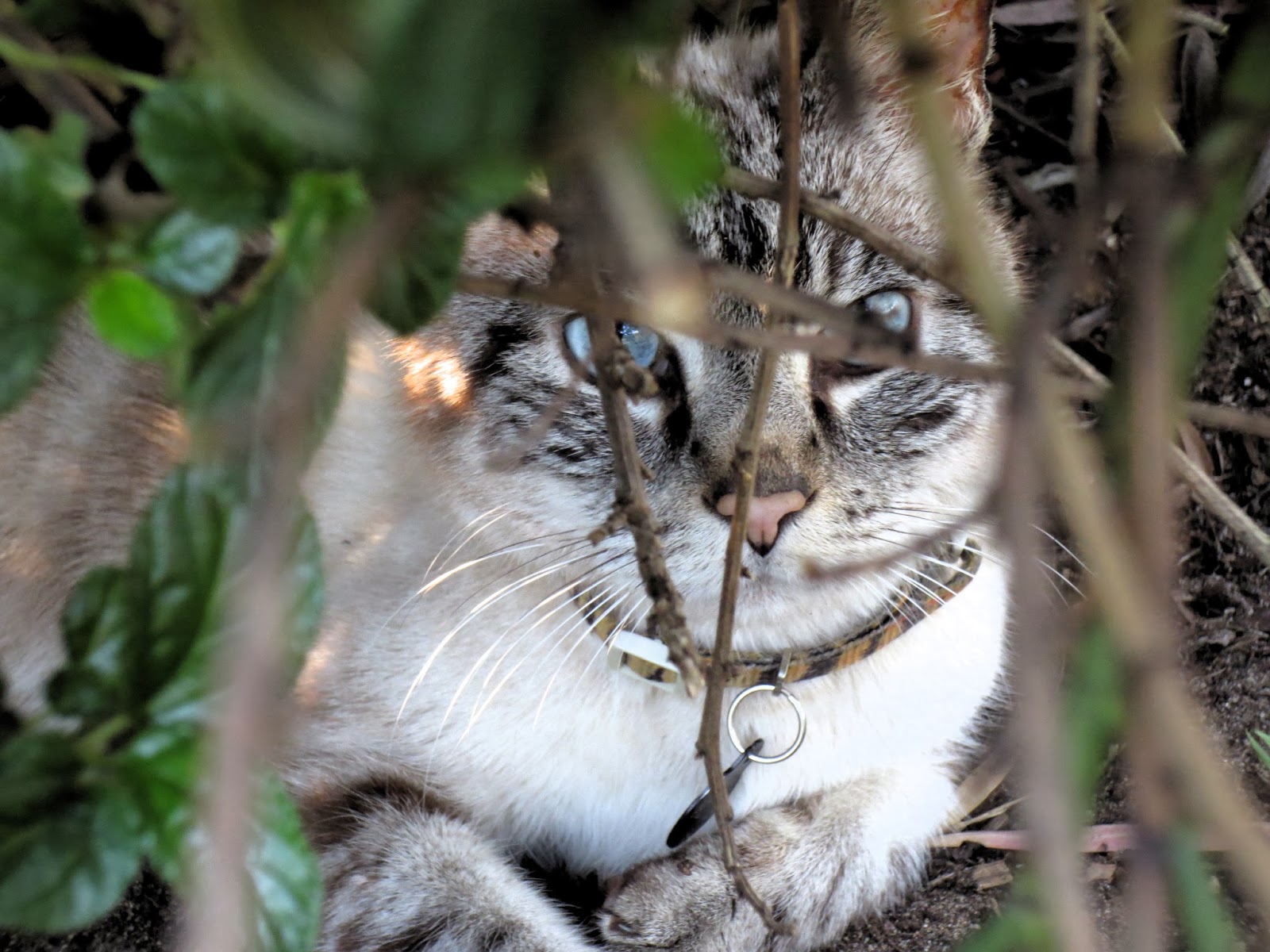 While he hid out, I tidied up after the raccoon and applied more repellent.  Ming eventually strolled back to the porch, looking for his post-breakfast snack.
Posted by Kris Peterson at 8:19 AM