Do you ever spend the day working in the garden only to find yourself at the day's end wondering what you accomplished?  Sunday was one of those days for me.  I cut back the dead undergrowth below a portion of the Ceanothus hedge, planted a few annuals, spread fertilizer and animal repellent, and generally tidied things up.  As the sun began to go down, I didn't feel as though I had a whole lot to show for my day's work.  So, before heading into the house, I cut flowers to make up a small bouquet, just to have something tangible to reflect the effort I'd expended.  I started with stems of a lemon yellow snapdragon which were starting to fade, then rummaged about for something to complement them.  Here's what I came up with: 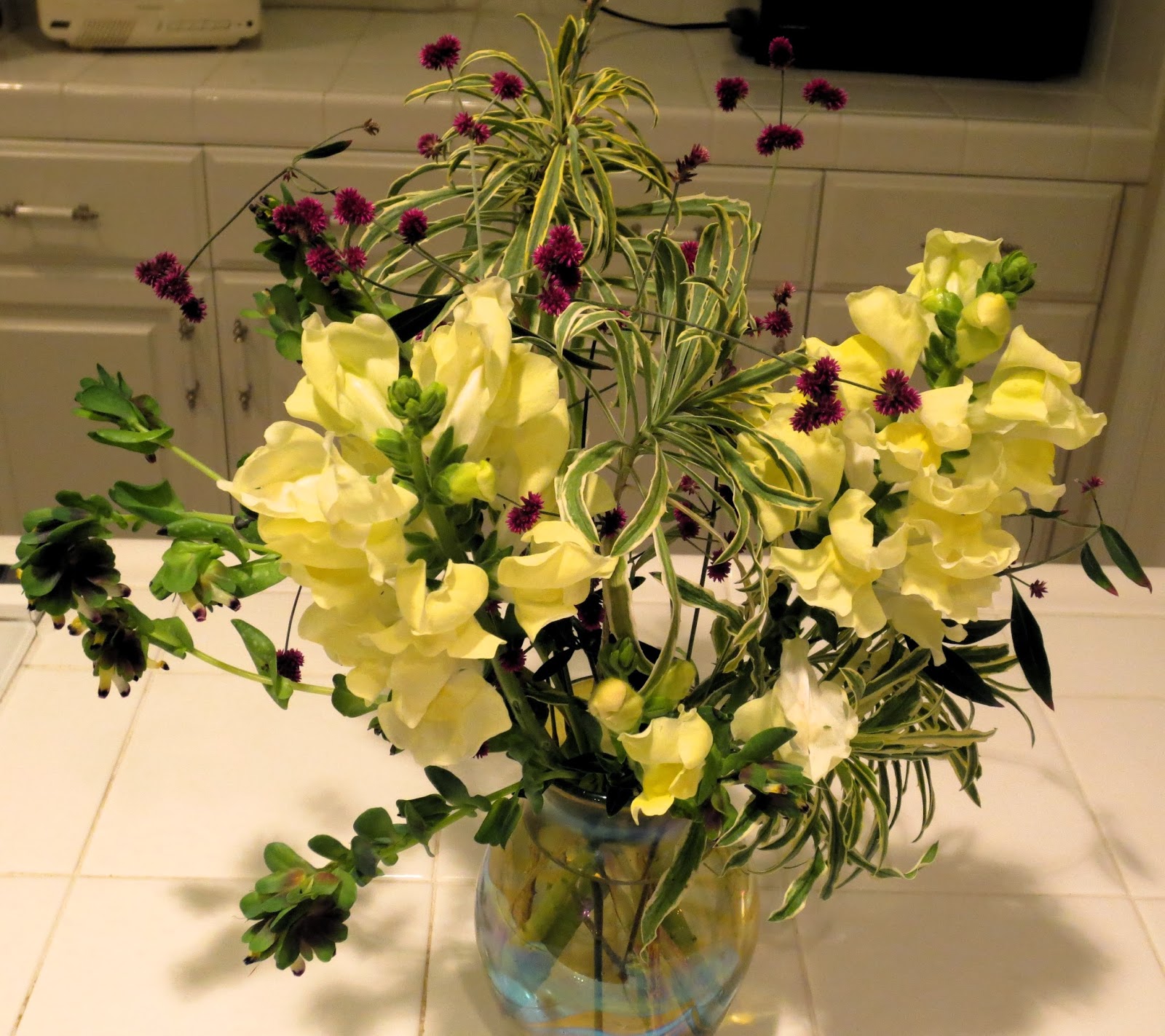 
There's a very small touch of the lemon color in the flower of the Cerinthe that picks up the color of the snapdragon, which is also echoed in the cream-colored variegation of the Erysimum.  The flowers of the Gomphrena circle above like tiny satellites, emphasizing the purple edge of the Cerinthe's flowers.

I still haven't made up my mind as to whether or not I really like the Cerinthe retorta.  The foliage is interesting but the flowers don't impress me as much as those of Cerinthe major. 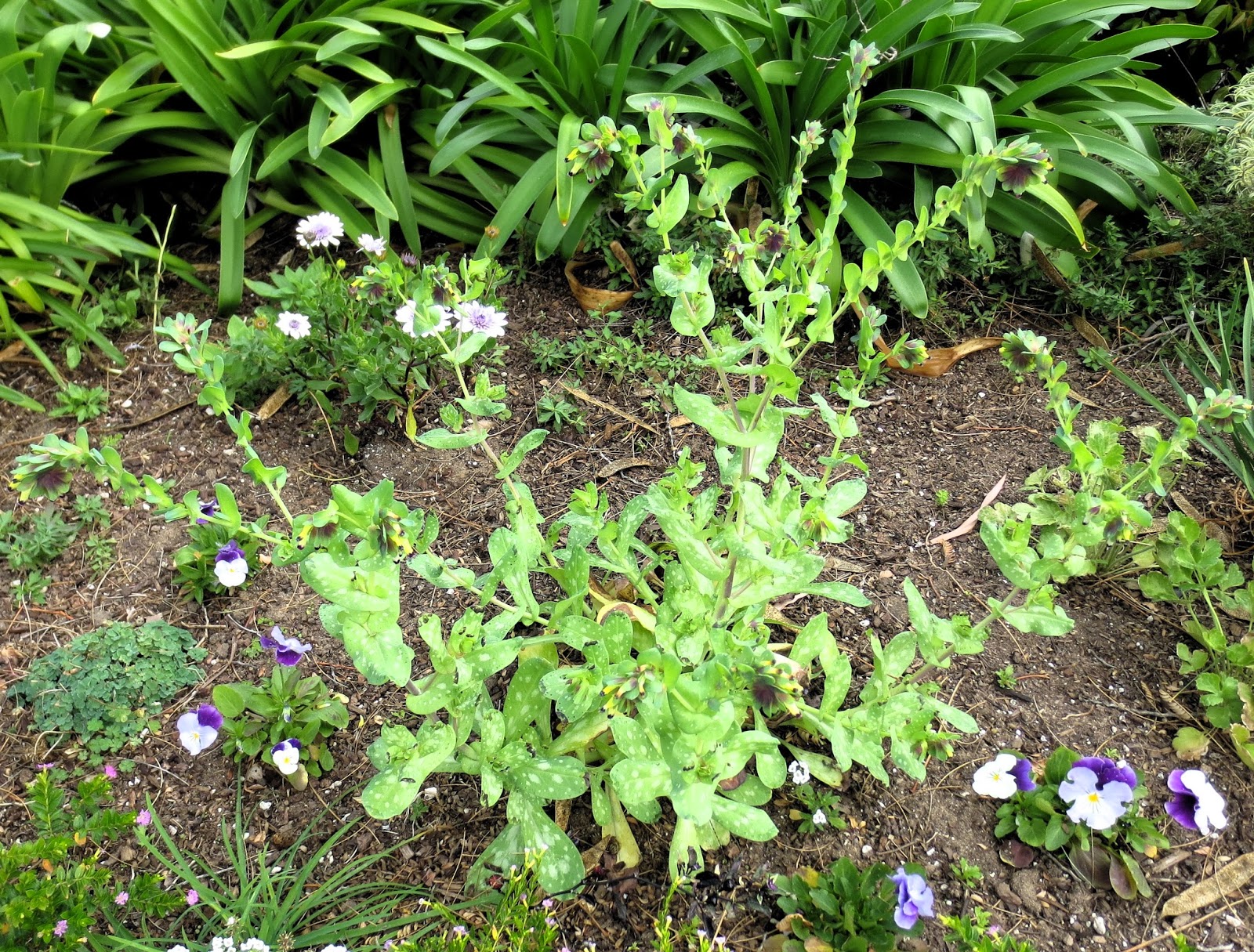 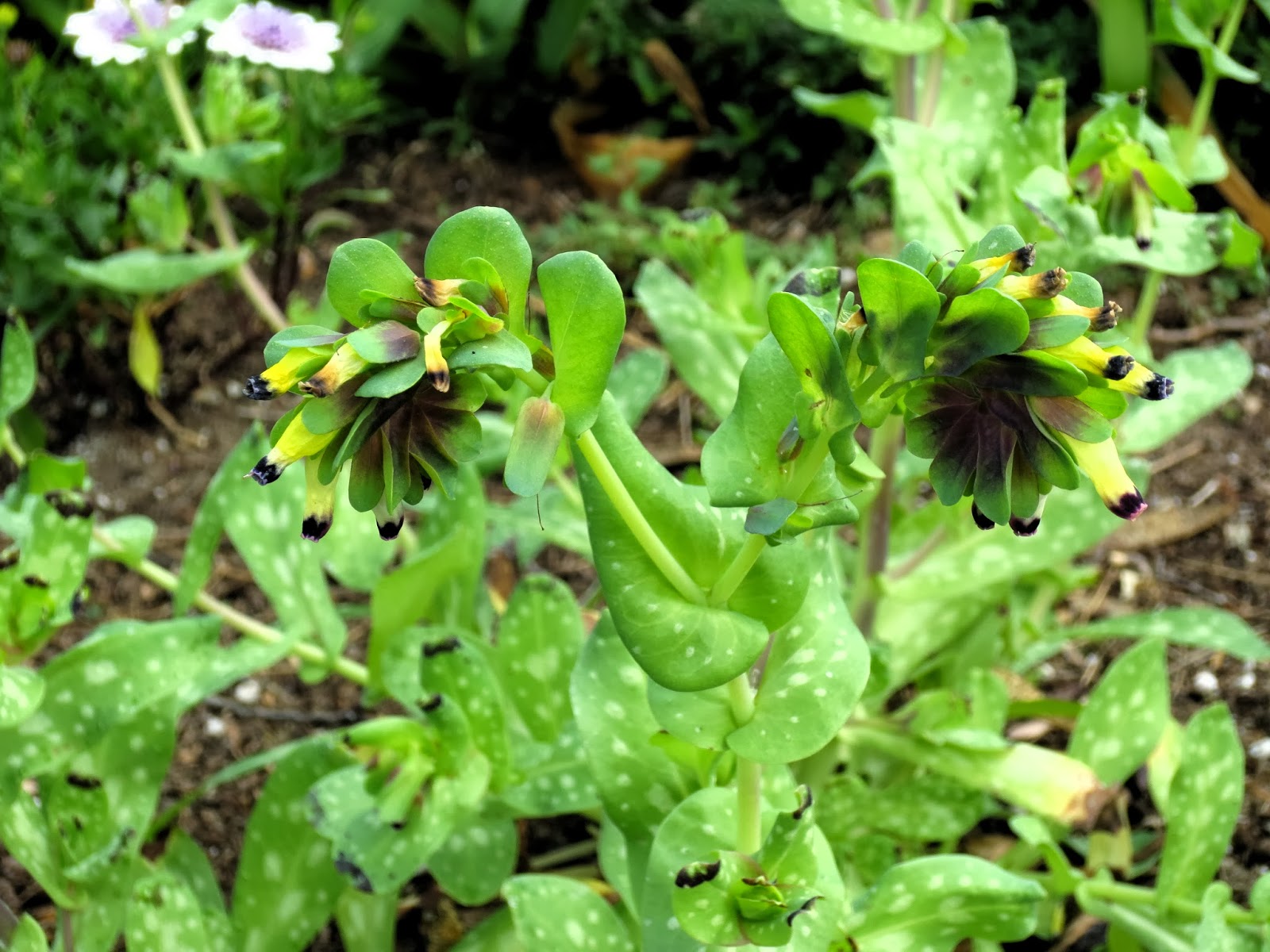 However, I love the Gomphrena, which has been blooming non-stop since I planted it in June. 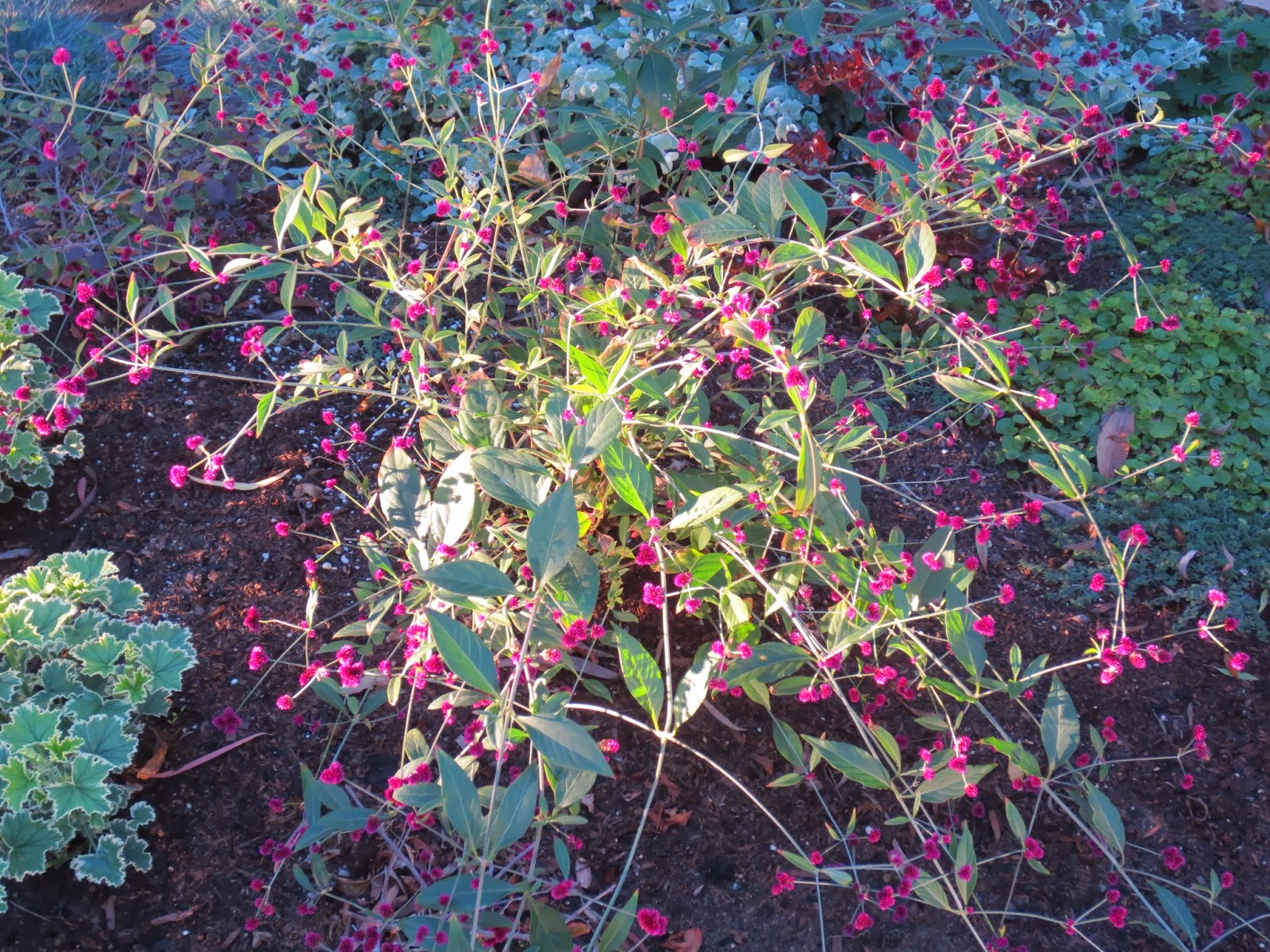 Best wishes for a productive week in your garden!

Posted by Kris Peterson at 7:49 AM