Two plants vied for recognition as my favorite plant this week, one reflecting the blue of the sky and the other the pink of the evening sunset.  Influenced by a particularly pretty sunset when I made my selection, the pink choice won out this time.

Camellia hybrid 'Taylor's Perfection' is my contribution to the weekly meme sponsored by Loree of danger garden.  Hopefully, Loree will forgive the fact that the Camellia is pink and not in any way dangerous.


I planted this Camellia in February 2011, just 2 months after we moved into our current home.  I think I was probably feeling nostalgic about my old, shady garden at that point - I'd planted quite a few Camellias there, all of which were too large to dig up and bring with me.  Other than an area directly behind the house, already planted with Camellia sasanqua, my new garden had few spots suitable for Camellias except the area alongside the garage I chose for 'Taylor's Perfection,' where it enjoys cool morning sun.

According to my records, 'Taylor's Perfection' was labeled as a C. japonica; however, in researching the plant for this post, I found that it's actually classified as C. williamsii, which is a cross between C. japonica and C. saluenensis.

It's classified as a mid-season bloomer, which in California generally means it should bloom between January and March.  This season, my first blooms appeared before Christmas.  The flowers are light pink, semi-double and reportedly fragrant, although my nose was unable to detect much of a scent.  The flower petals usually fan backward but the petals of those currently open have curled inward slightly at the edges, perhaps in response to the recent dry Santa Ana winds, or the drier than normal soil due to our lack of winter rain.

The flowers have a reputation for nodding downward slightly, as you can see in the picture below. 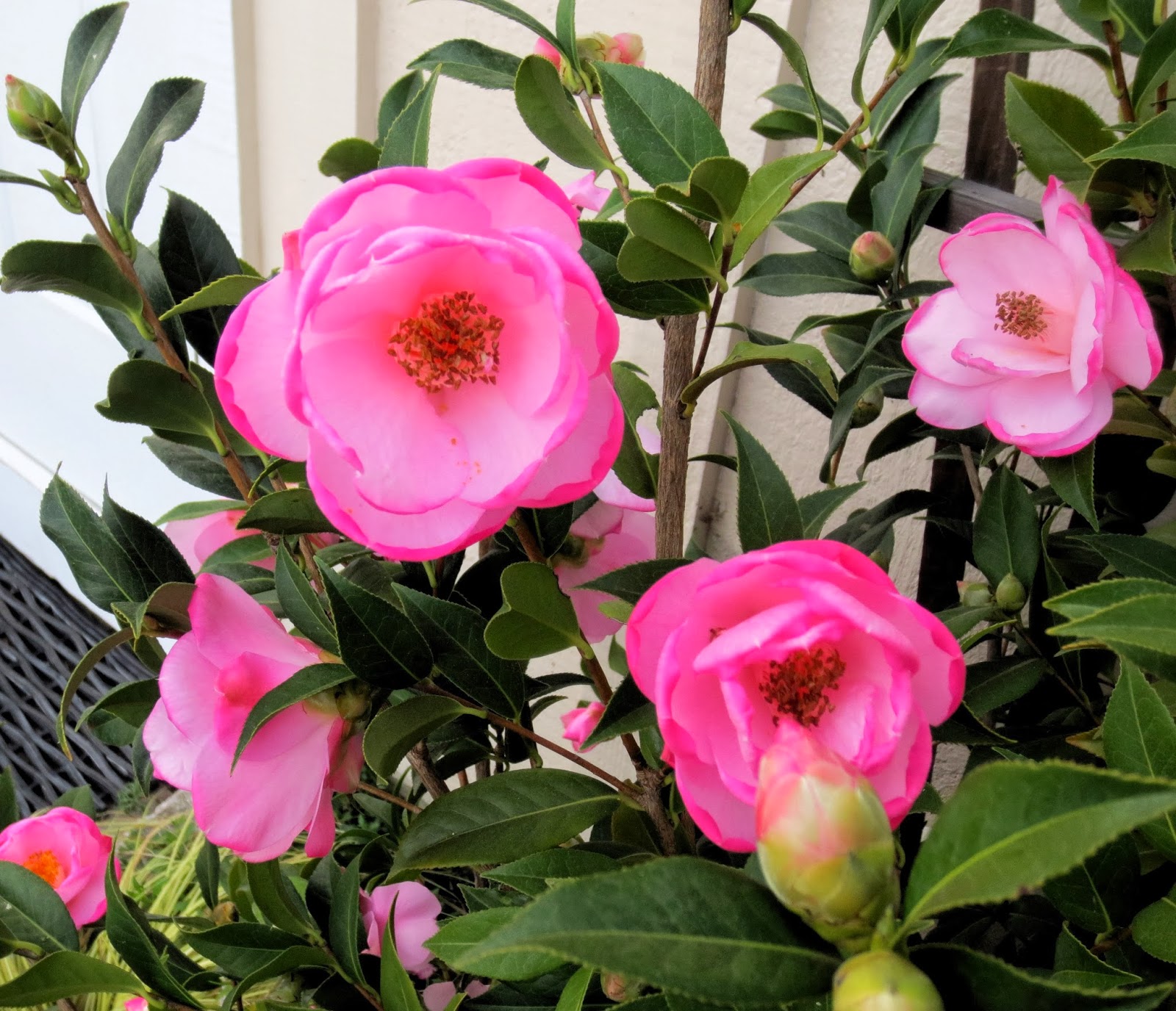 Nodding flowers and curled petals notwithstanding, it's still a very pretty plant.  Please visit Loree at danger garden to view her favorite of the week and find links to other gardeners' selections.

Posted by Kris Peterson at 9:17 AM