The trees got a trim

Or some of them did anyway.  I counted the trees last night - assuming I didn't miss any, we have 30 trees on our half-acre lot.  Eight of them got trimmed today.  While we've lightly trimmed some ourselves, this is the first time in our 3 years here that we've had professionals in.  I was up before dawn to clear pots, garden furniture and the like out of the way before the tree trimmers arrived.  For once, I was out and about early enough to get a half-decent photo of the sunrise over the harbor. 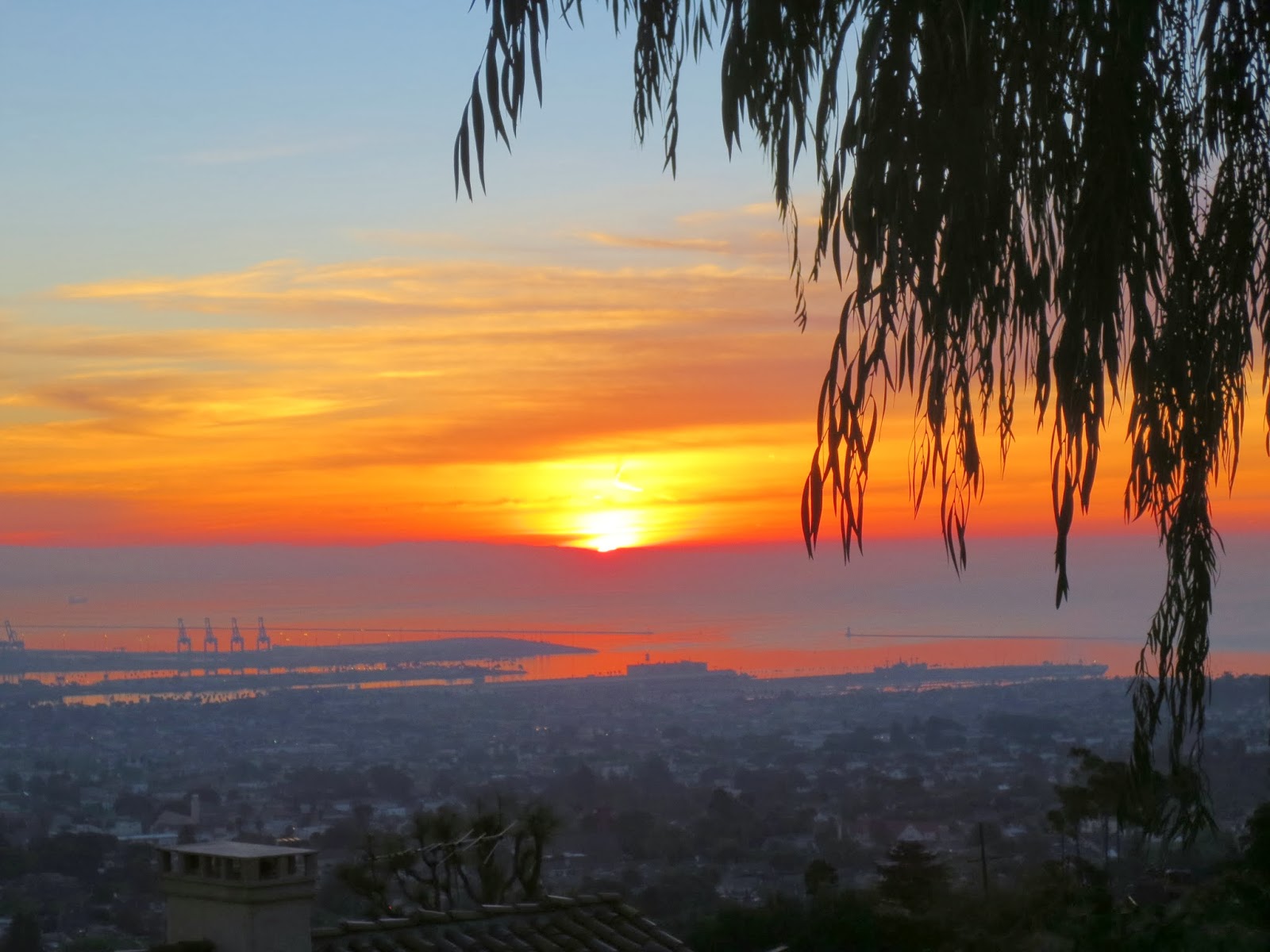 The messy Mimosa (Albizia julibrissin) in the backyard was the primary instigation for calling a tree service.  It occupies a prominent position in the backyard but its placement at the edge of our property line on the top of a steep slope led me to steer clear of any effort to handle trimming on our own.  It was a twiggy mess and had been very badly pruned by prior owners.  As I've mentioned many times before it also drops a mass of litter annually and produces an endless supply of seedlings.

Three strawberry trees (Arbutus 'Marina') also got trimmed.  I hope the hummingbirds who flit about feeding from the blooms will forgive me.


My hope is that trimming this one will not only improve the air circulation within the tree (and thereby prevent the development of any sooty mold or insect problems) but also allow more sunlight to reach the plants in the dry garden below.

Two California pepper trees (Schinus molle) peppermint trees (Agonis flexuosa) along the backyard border got haircuts.  The lacy foliage that helped to frame the view of the LA harbor on the horizon (as shown in the sunrise photo above) was cut back quite a bit, leaving the area looking a little bare in my view but, like hair, I expect it'll soon grow back.  Here are the before and after photos of one of the pepper peppermint trees:

In the front yard, the crew thinned the ornamental pear (Pyrus calleryana).

The Hong Kong orchid tree (Bauhinia x blakeana) also got a very light trim to clear out the twigs and move it off the roof.

In addition, I spent a portion of the weekend finishing up my severe pruning of one of the front hedges, which had lost all shape due to years of being hacked from the top and the sides.  I'll post some photos of that effort in the future.  The worst part of that task was cleaning up the debris.  In using a tree service for today's job, not only was it done faster and without risk to life and limbs but someone else took care of all that debris. 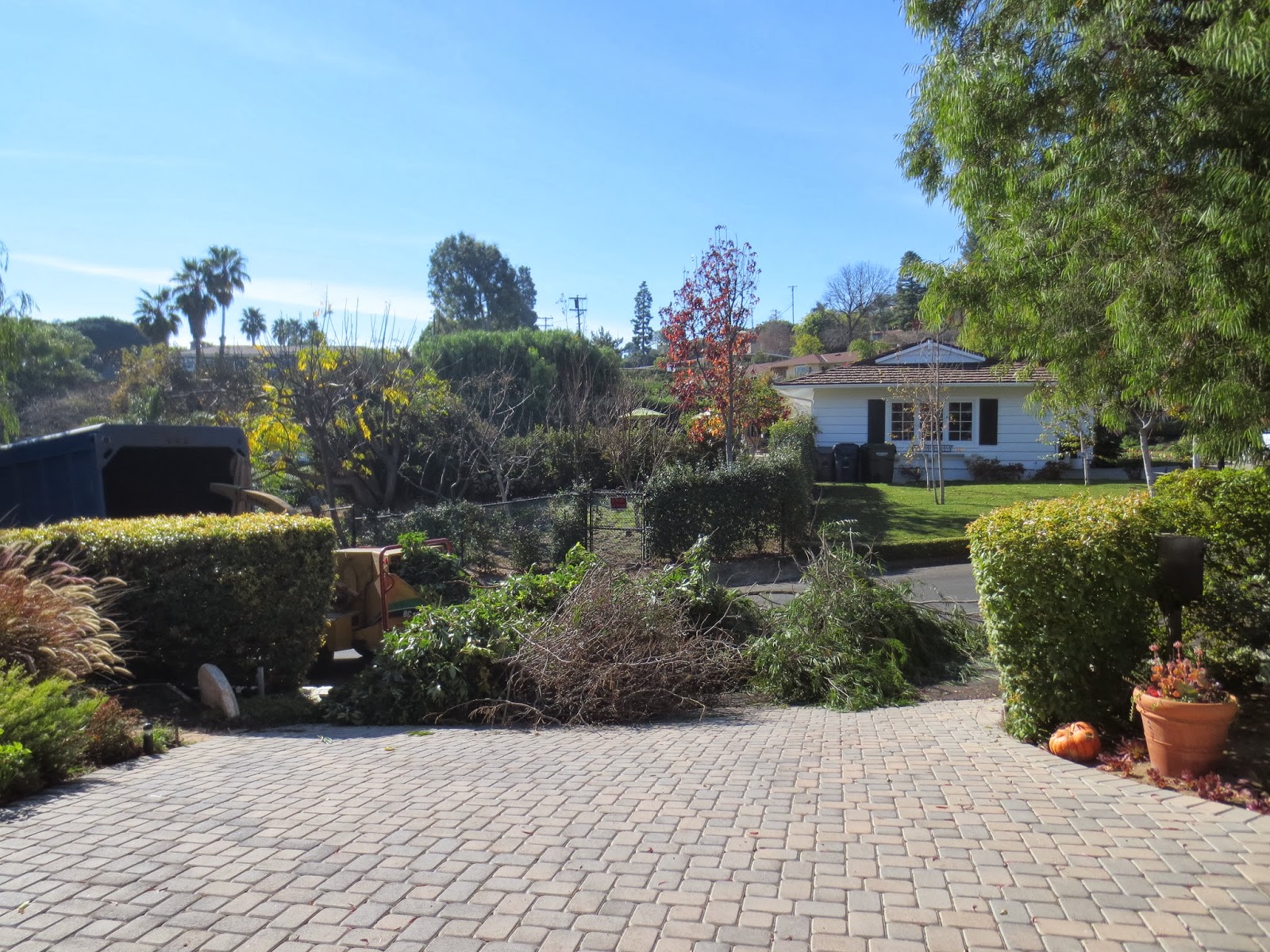 Two projects done.  On to the next!

Posted by Kris Peterson at 7:15 PM