I've been enviously admiring all the wonderful fall foliage photos posted by other bloggers over the past month.  The color changes that accompany colder weather and shorter daylight hours in northern areas aren't as prevalent in southern California.  However, as I sat on a stationary bike running through my morning exercise routine earlier this week, a mirror in the room caught the reflection of colored leaves outside.  I'd almost forgotten that, in addition to colorful fruit, the persimmon trees on the northwest side of the house produced rather pretty fall foliage.

This is Persimmon 'Fuyu': 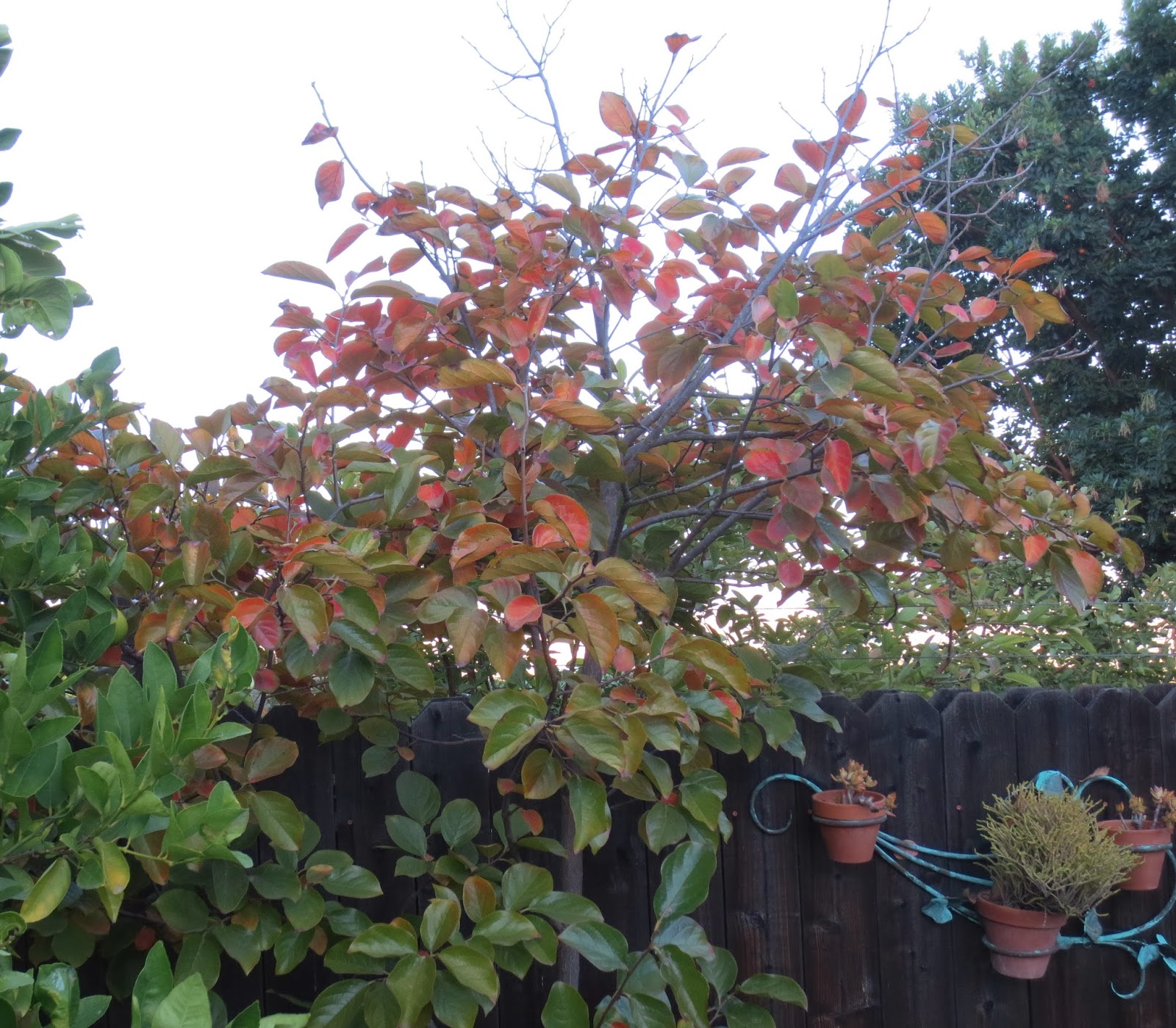 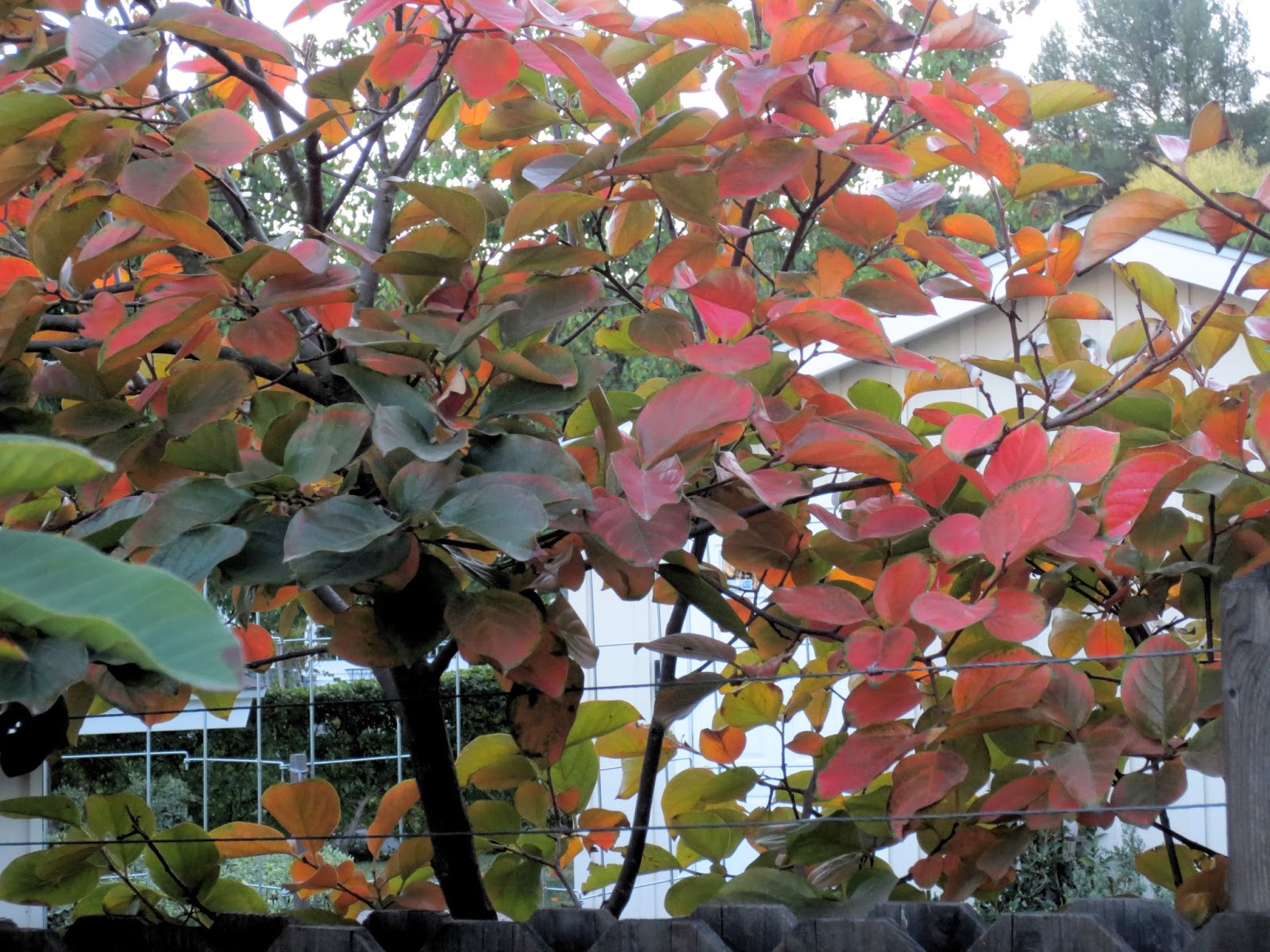 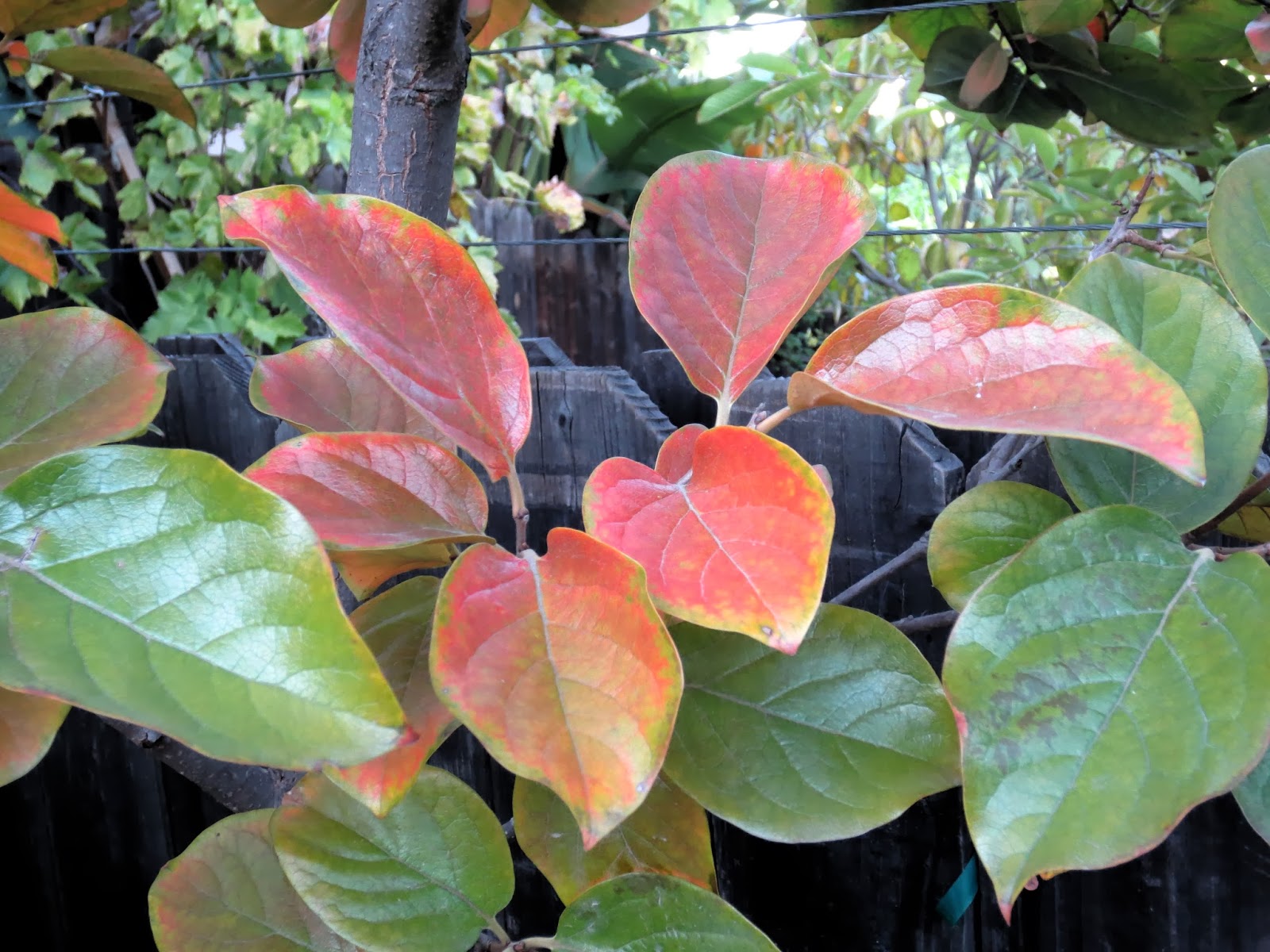 The leaves on Persimmon 'Hachiya' are running a little behind 'Fuyu' but the color changes are just as pretty. 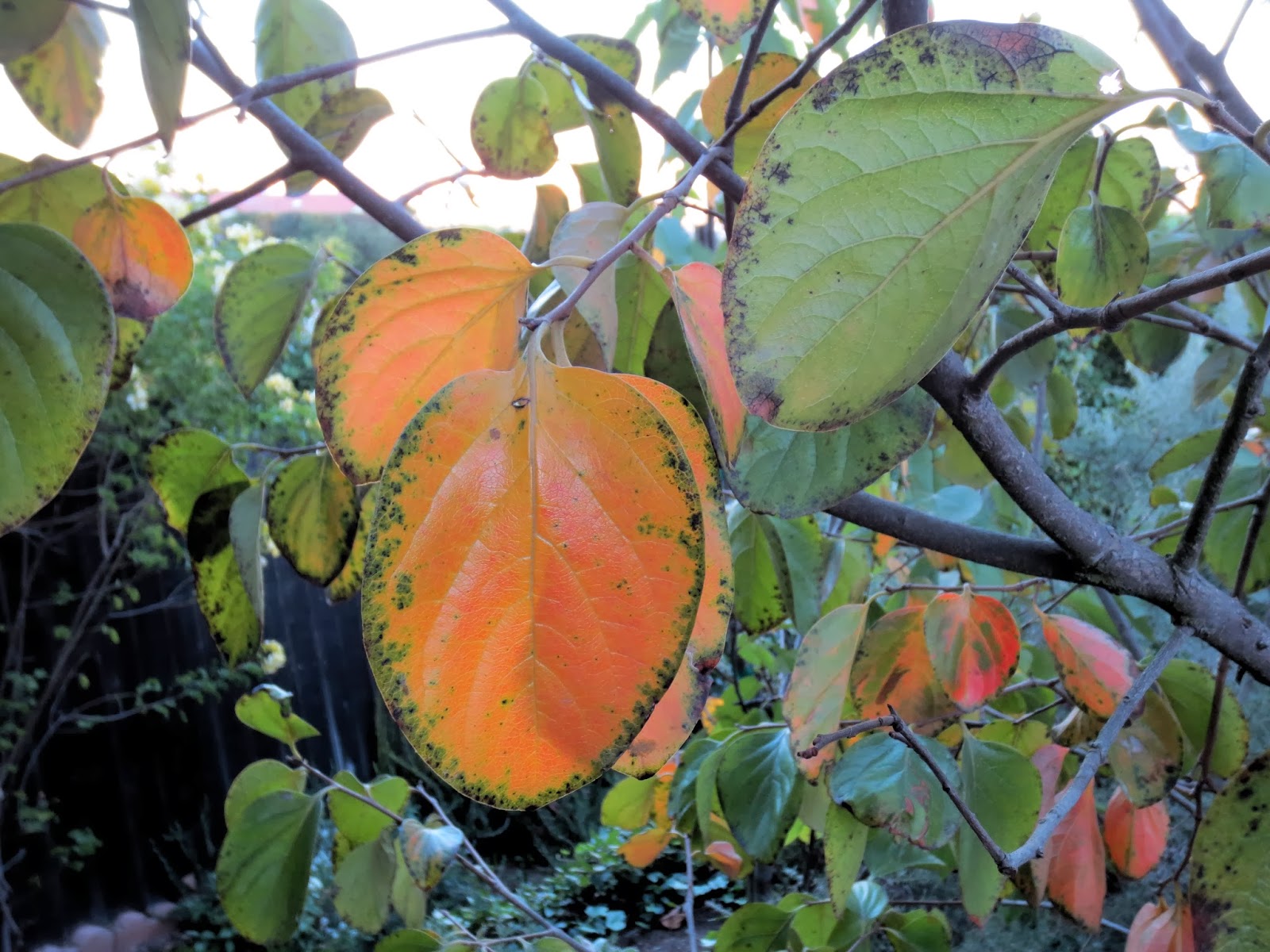 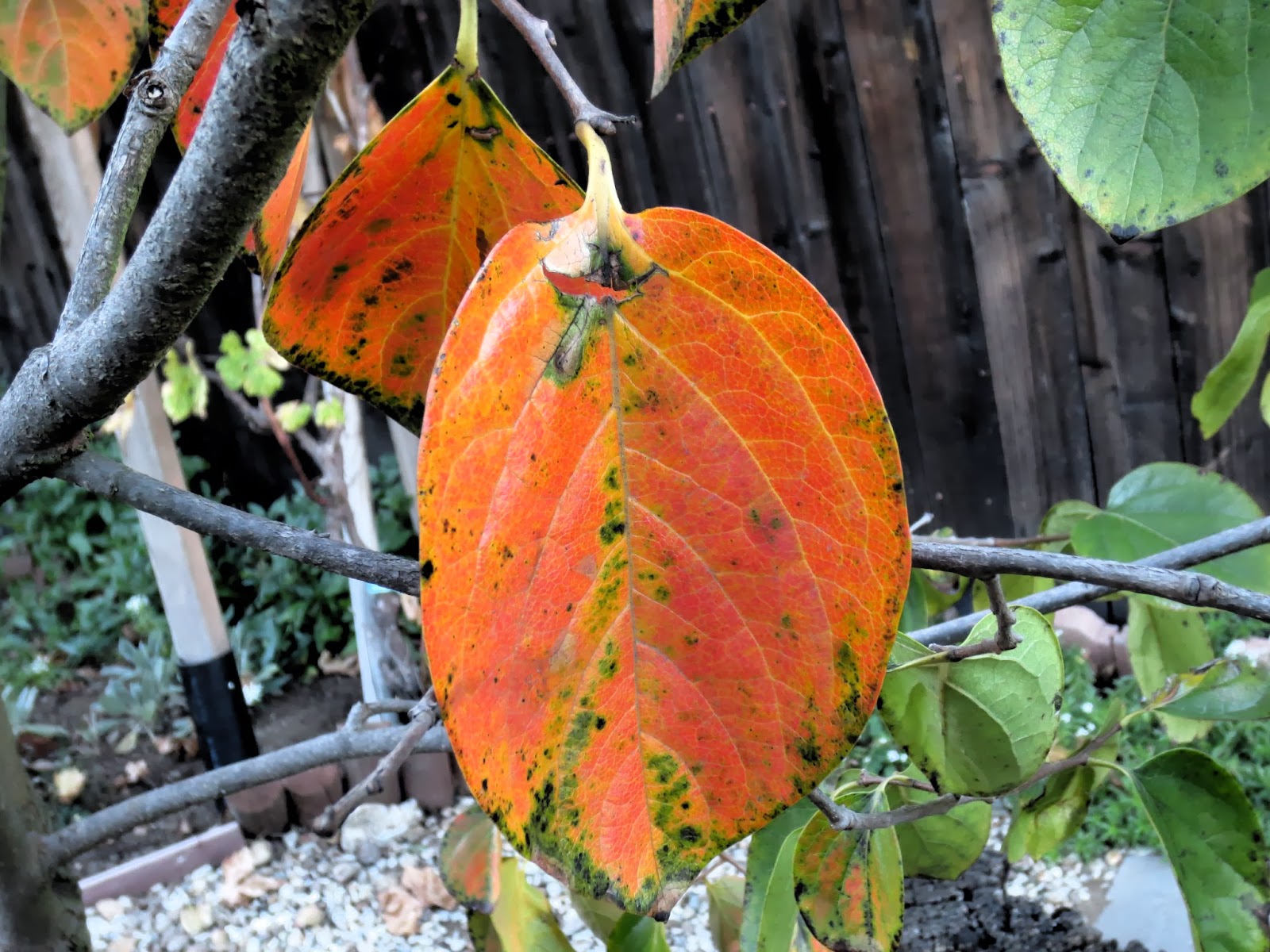 The foliage on our Japanese maple (Acer palmatum 'Sango Kaku') is rapidly turning from yellow to brown. 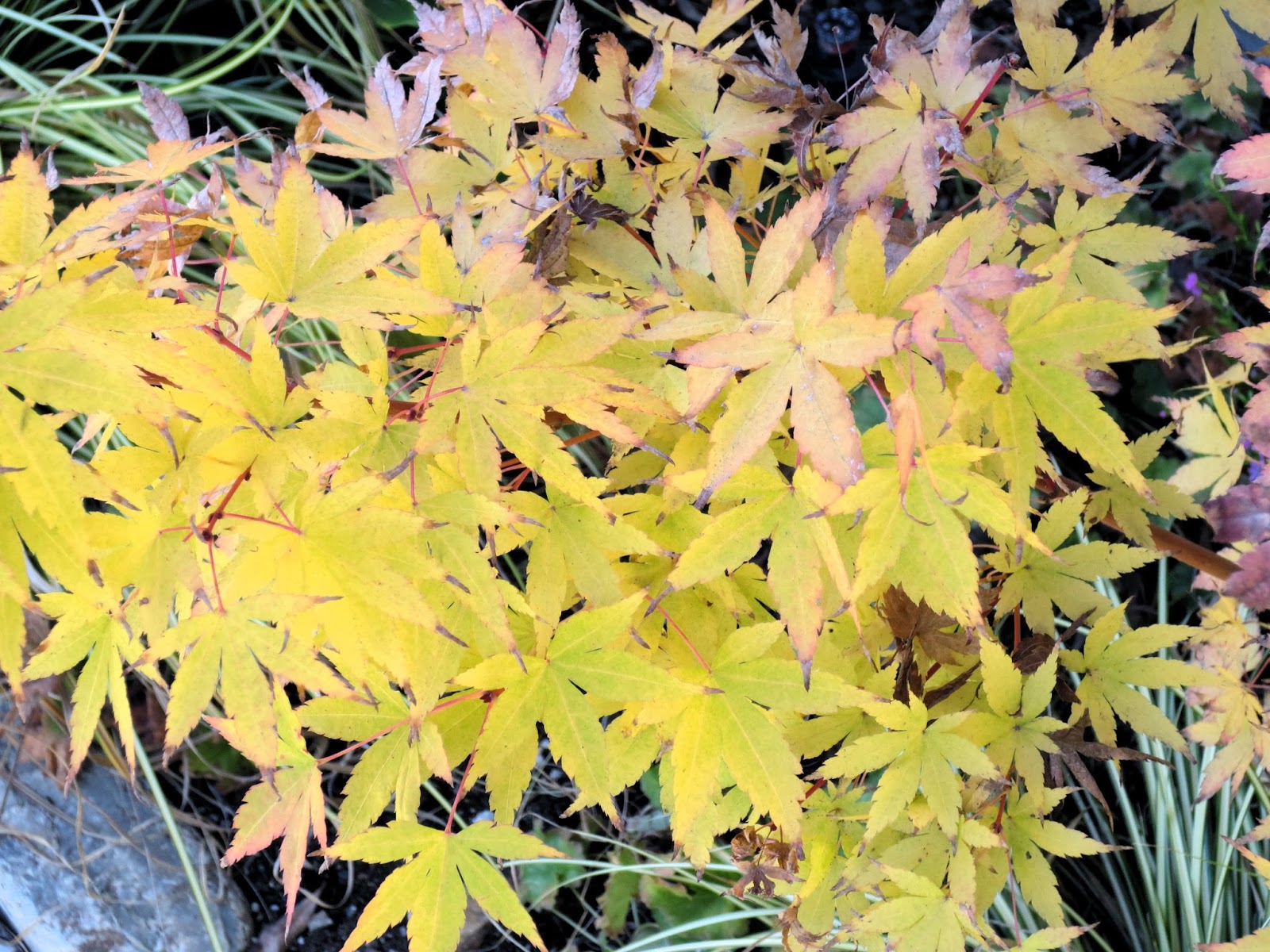 The ornamental pear (Pyrus calleryana) is just beginning to take on some color but there's little in the way of leaf drop yet. 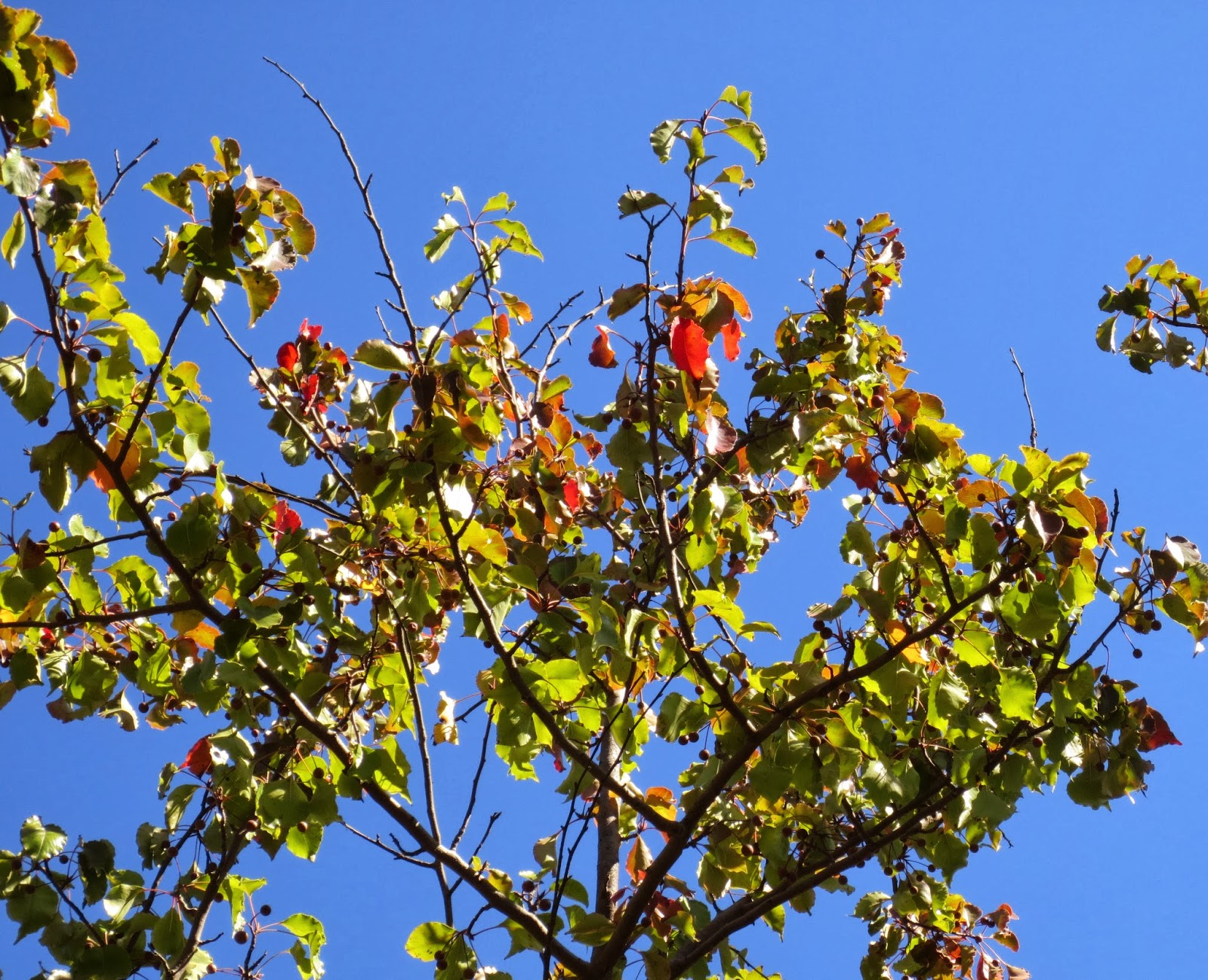 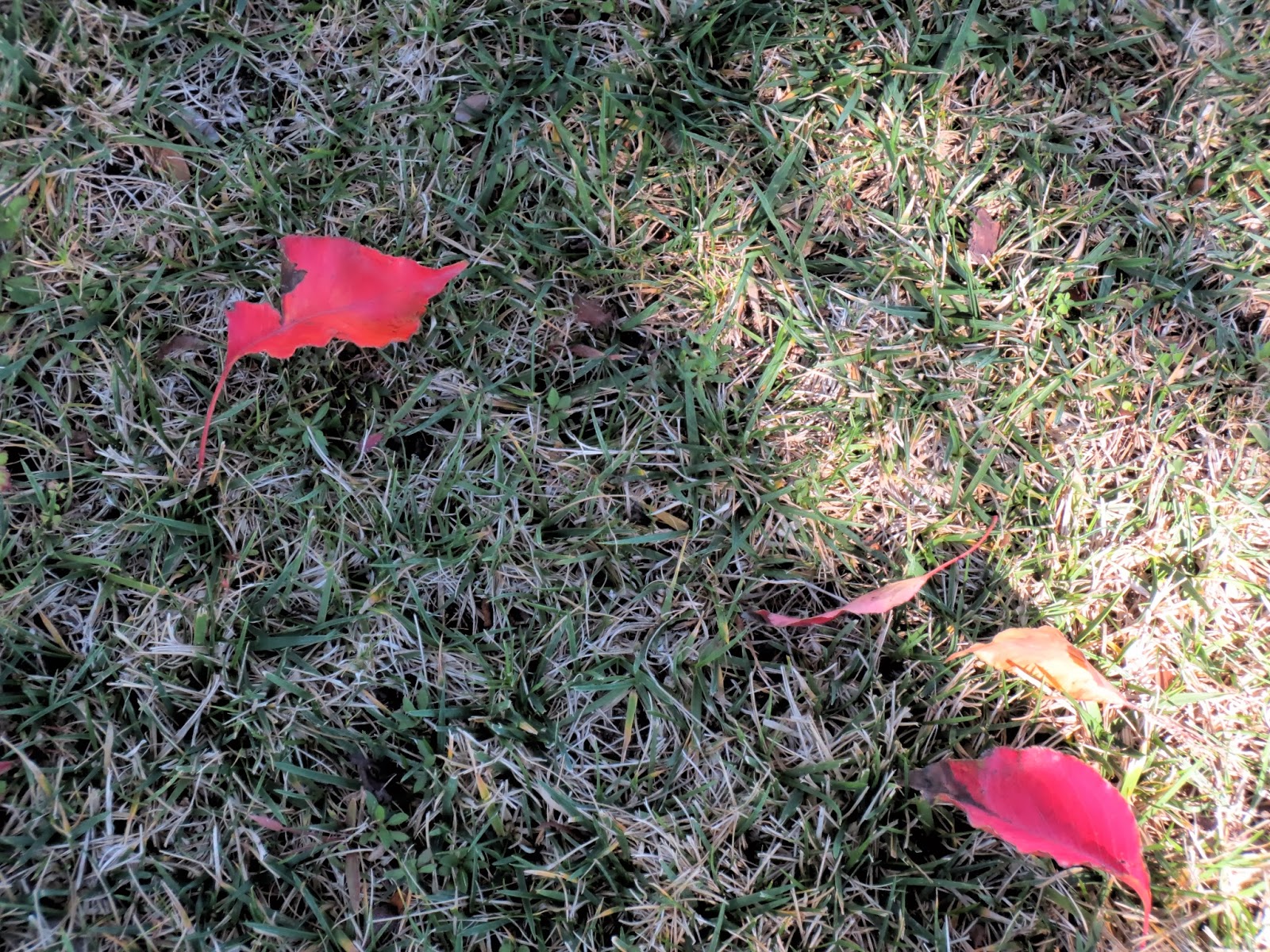 The toyon (Heteromeles arbutifolia) is also producing masses of bright red berries, another hallmark of fall here.  This tall evergreen shrub, also known as California holly, was designated as the official plant of Los Angeles last year.  Yes, Los Angeles has its own official plant (as you can read about here).  We lost one toyon as collateral damage when the Eucalyptus tree was removed from the side yard earlier this year but there's another very tall specimen at the border of our property. 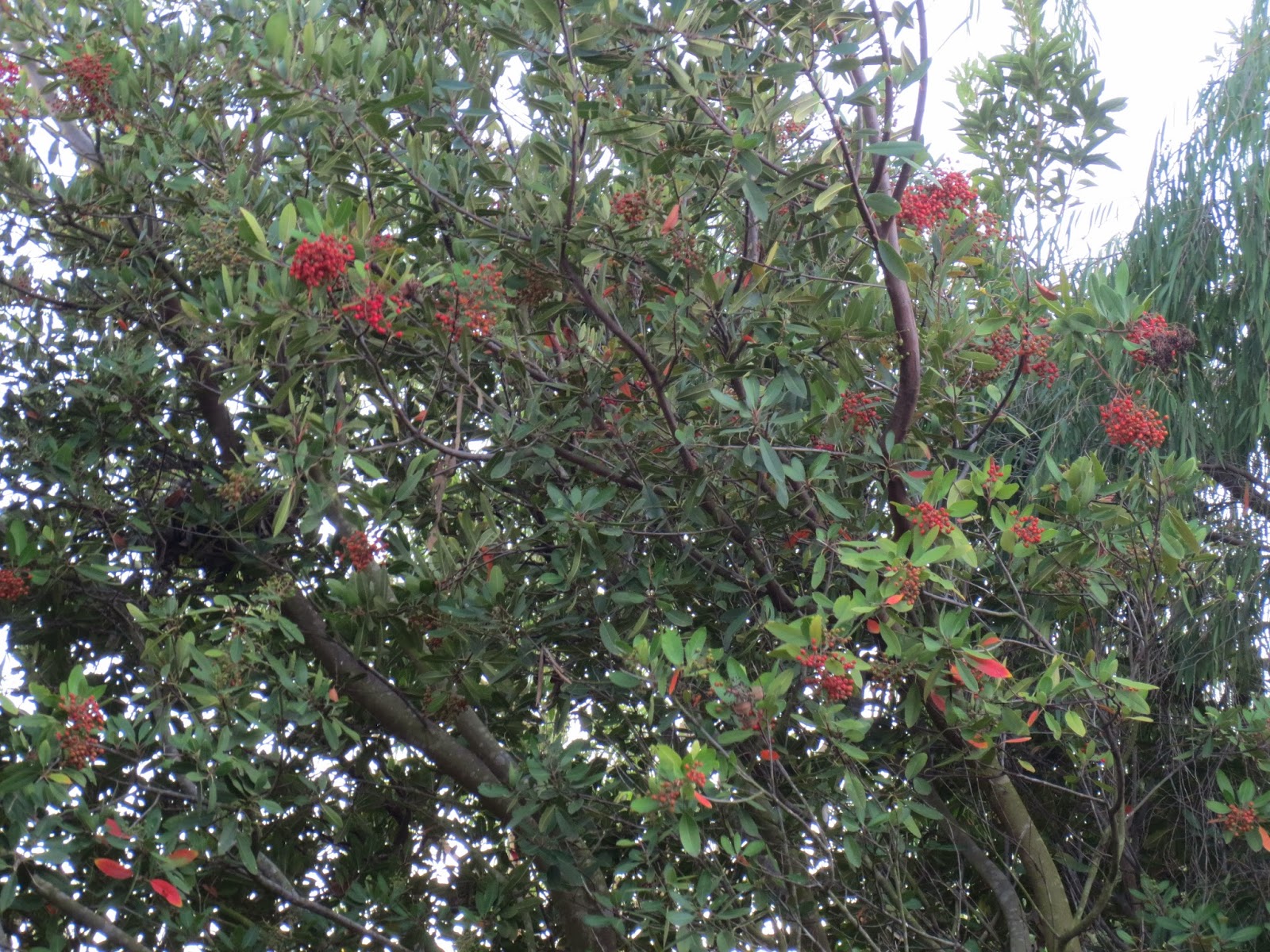 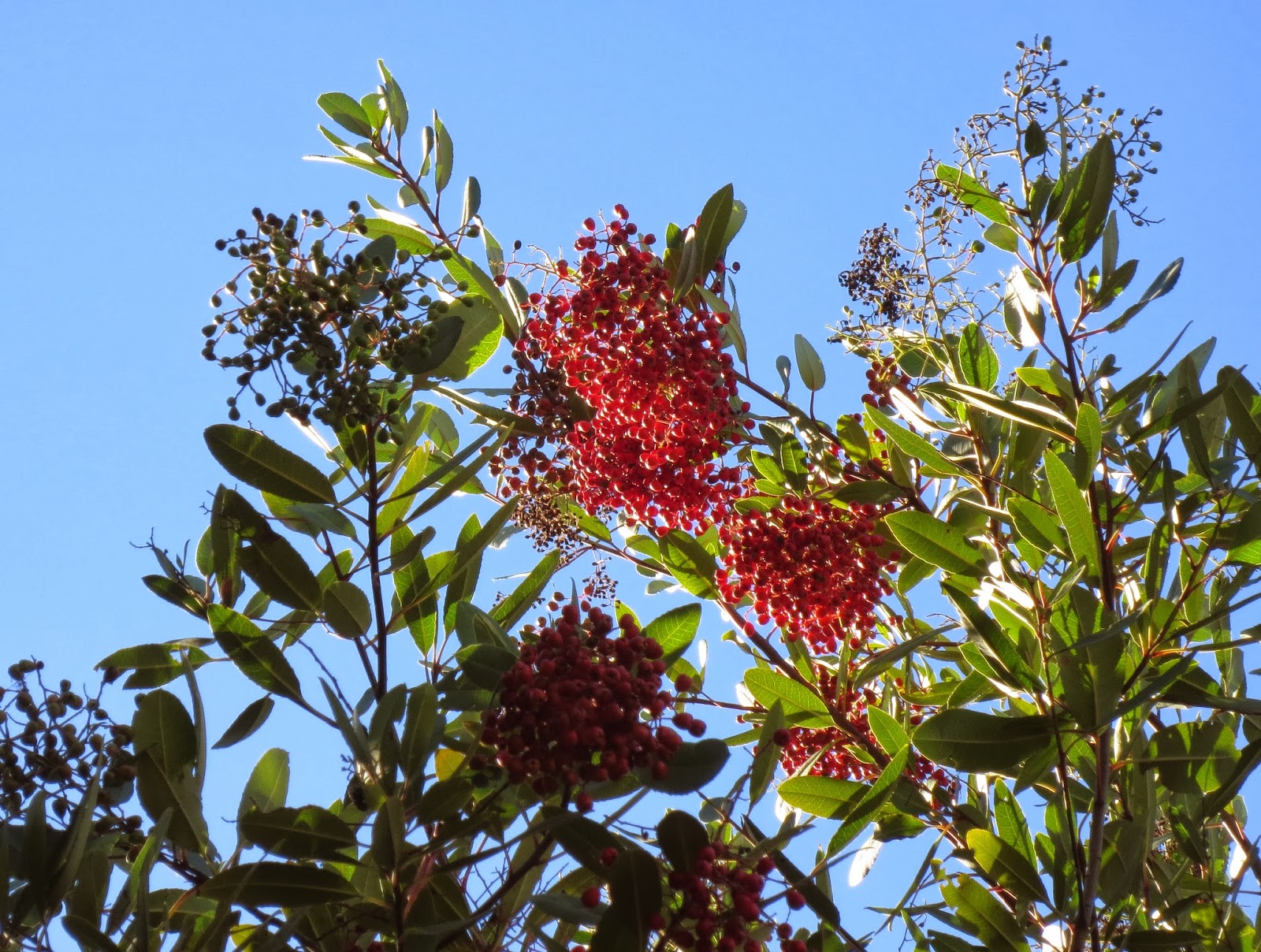 This is fall, southern California style.
Posted by Kris Peterson at 11:05 AM