The local weather reports have been full of hyperbole about how cold its been in the greater Los Angeles area.  Were you to ignore the actual temperature readings, you might think that Southern California was in the midst of a serious deep freeze.  In reality, the night-time temperatures, although dipping below freezing on a few occasions in the local valleys, have been in the 40s.  Daytime temperatures, at their lowest points, have dipped into the 50s.  But, hey, that IS cold for us!  We're just not used to it.  I remember a movie in which Steve Martin played a LA weatherman who, day after day after day, reported that it would be sunny with a temperature of 72 degrees - with the exception of summer, that's not too far from reality.

However, because our temperatures are generally so moderate, most of us don't take the kinds of precautions with our tender plants that those in harsher climates do.  I've never dug up a plant and brought it inside for the winter, for example.  I've never even covered a plant to protect it.  Nonetheless, for the most part, my plants have survived our winters relatively unscathed.  The only sudden deaths I recall involved the loss of impatiens, which turn to mush in response to a freak dusting of frost.

All this is not to say that some plants don't suffer.  The Clerodendrum ugandense I put in our first year at this house lost all its leaves and, when it failed to recover, I yanked it out.  In 2012, I bought another one and placed it in sunnier spot, where I thought it might also be less troubled by the strong winds that blow through at intervals.  I'm sorry to say it's not looking at all good.

This plant, which produces blue and violet butterfly-shaped flowers, is native to tropical Africa and, although it's supposed to be adapted to Sunset Zones 23/24, my experience so far doesn't support that.  I'm going to hang onto it for now, hoping that it'll recover.  I grew it successfully at a rental apartment in Santa Monica many years ago but that plant was more protected from wind and close to the house, which probably kept it warmer.

I think the cold accounts for the color changes affecting my Duranta erecta 'Gold Mound' too.  In a replay of last year, the foliage is again turning purplish.  This is more pronounced in some plants than others.


Although all these plants were presented as 'Gold Mound' and had the gold foliage characteristic of that variety, the labels referred only to a generic Duranta so it's possible that the differences are, at least in part, attributable to different genealogy.  Placement, soil composition, and size may also be factors.  The most purple of the 3 plants shown above is the smallest and was moved twice last year, perhaps contributing to the stress on it when the colder temperatures hit.  I'm hoping that, in spring when the temperatures rise, the gold color will gradually return as it did last year.

My Pseuderanthemum 'Texas Tri-Star' is also showing signs of cold-weather stress.   This plant isn't listed in my Sunset Western Garden Book or any other reference text I have on hand and I've found very little useful information on-line.  It's supposed to be cold hardy to 32 degrees but the lower temperatures have both deepened its pink/reddish tones and caused significant leaf drop in some cases.
Still, although some of my plants may be languishing a bit, a few are clearly enjoying the colder temperatures.  Some succulents are producing blooms. 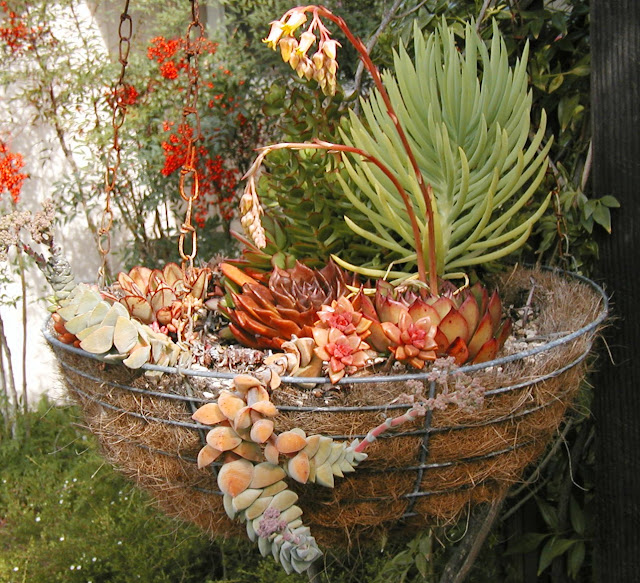 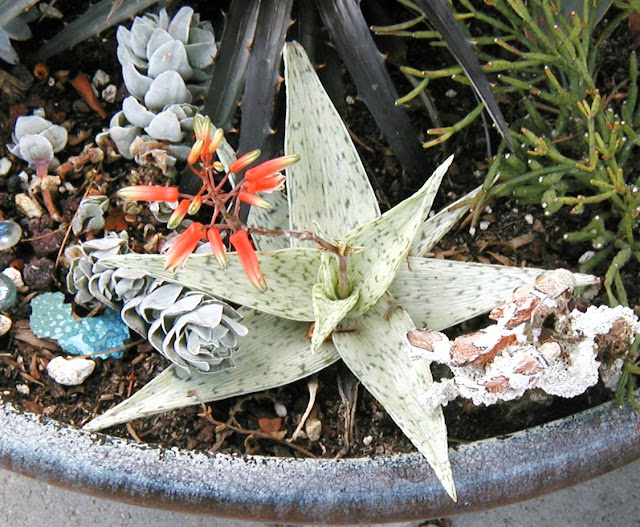 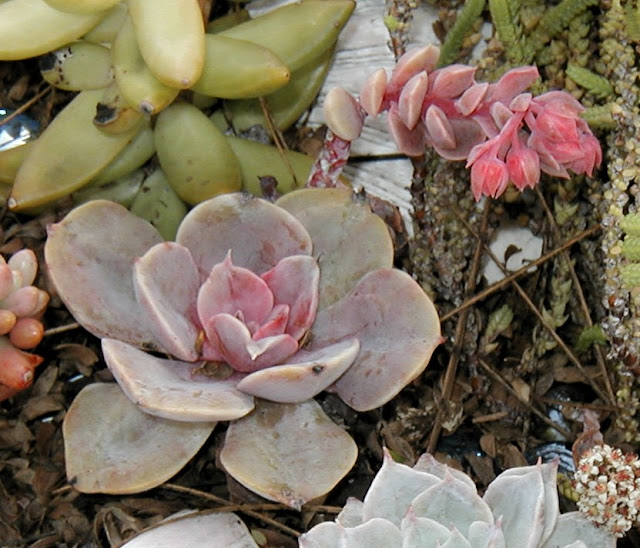 And tubers and corms are beginning to bloom. 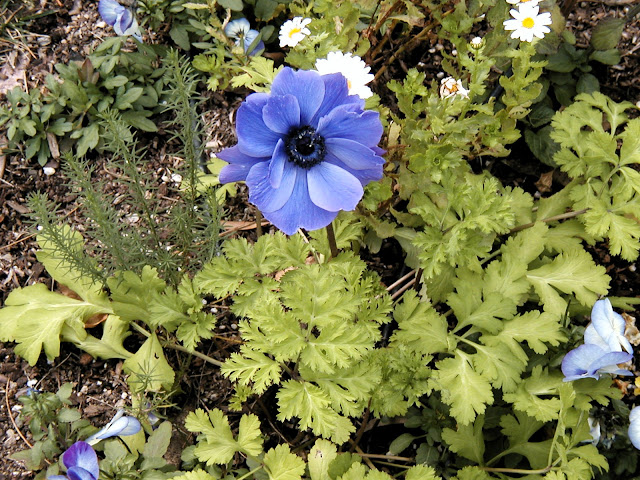 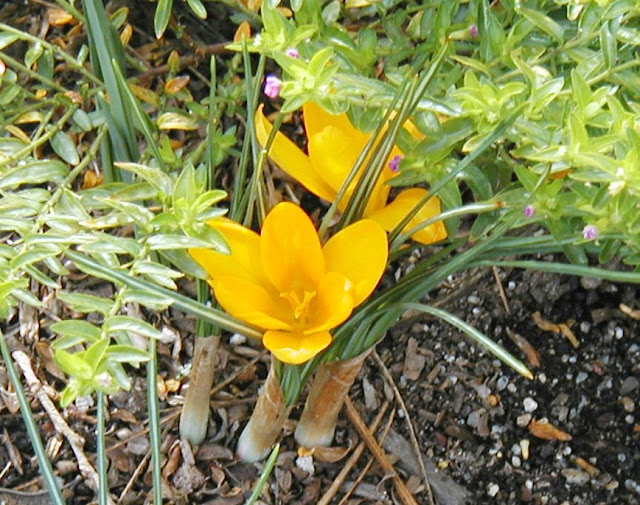 Meanwhile, in the house, Pipig the cat, as well as my husband and me, appreciate some extra warmth. 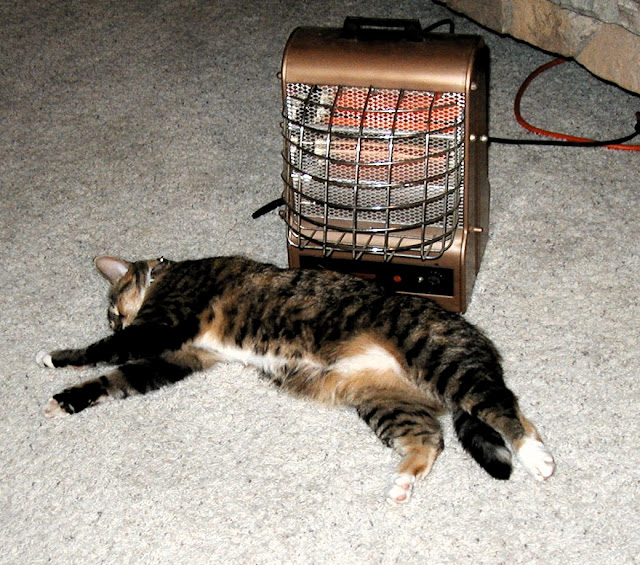 Posted by Kris Peterson at 3:34 PM