Not Ready for Prime Time

Two friends and I visited Ventura yesterday.  We poked around the shops on Main Street, had lunch, then headed up to Grant Park in the foothills above the City Hall.  In 2011, a group of local residents formed a non-profit corporation and signed a lease option with the city to develop the area as the Ventura Botanical Gardens.  We thought it would be fun to check what's been done since they completed their visioning exercise.  We were somewhat disappointed to find there hasn't been much visible progress yet.

There is a small parking lot with rock-bordered planting bed containing a smattering of agaves and barrel cactus. 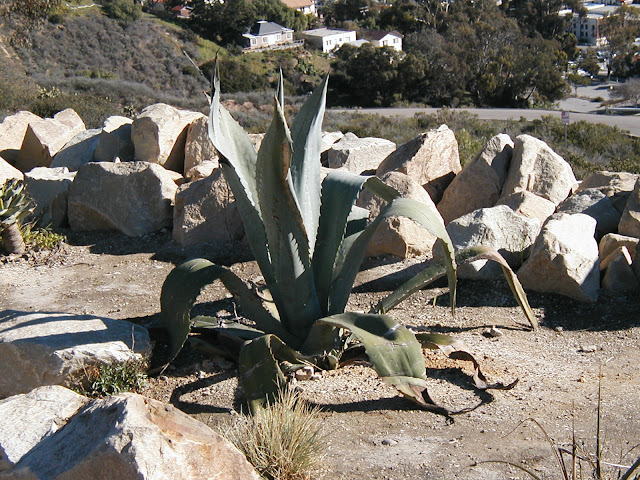 Most of the agaves are still very small and spaced to allow future growth. 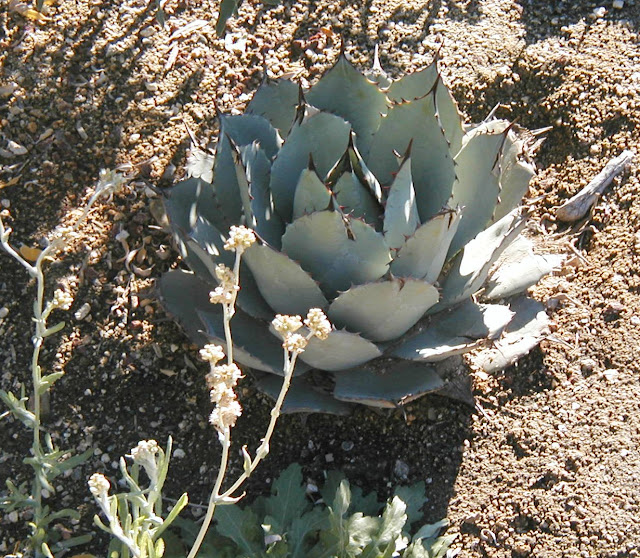 Some areas have been cleared and appear to be awaiting planting.  The plan is to create 5 separate gardens representing the different Mediterranean climates of the world but there are no signs of any of those yet. 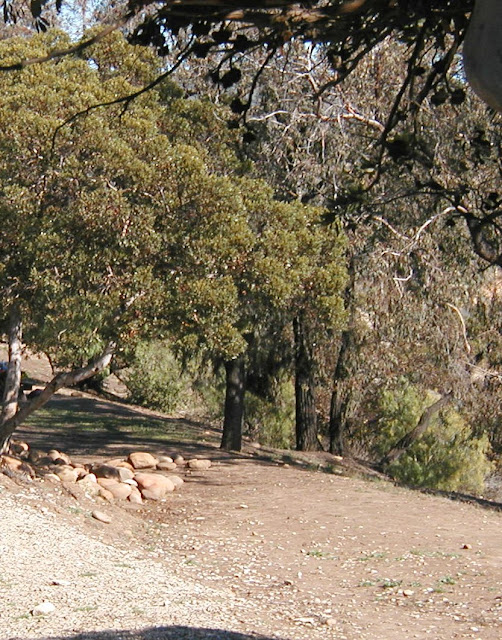 There was a natural "forest" of opuntia, which should provide ample plant material for one of the planned gardens. 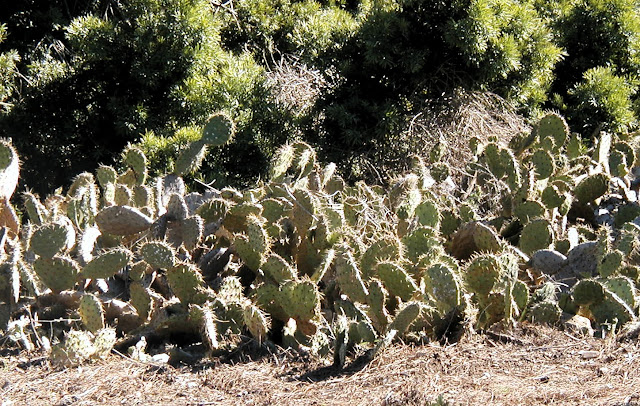 It'll be interesting to come back in a year or 2 to see what's been done.  Rumor is that the plan is to start with a Chilean-inspired garden.  In the meantime, the principal attraction of the park was the view, which is magnificent, especially on a day when temperatures reached 80 degrees, warm even for SoCal in winter. 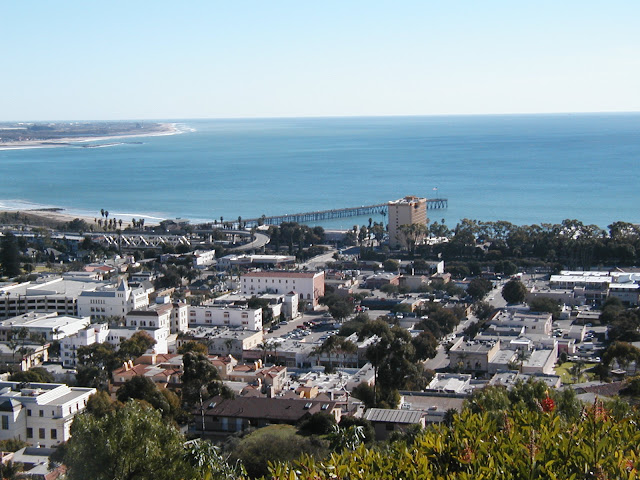