Wednesday Vignette: The wait comes to an end

Since February, when I saw the first buds forming on my Echium candicans 'Star of Madeira', I've been waiting and waiting for the blooms to appear.  In March, the Ceanothus hedge behind the Echium flowered.  I thought how wonderful it would be if the Echium bloomed at the same time.

Well, the Echium is finally in bloom.  Unfortunately, most of the Ceanothus blooms are faded or gone.  But the bees love the Echium so I'll forgive the late flower delivery.


Now the waiting and watching has shifted to the backyard and the Echinopsis oxygona, also know as Easter Lily Cactus.  Easter has come and gone but the plant's produced no blooms.  There are at least 13 flower buds and one looks just about to open but apparently regular attention alone doesn't make that happen.  Maybe it's waiting for the other buds to catch up - or simply holding out for the higher temperatures expected over the next several days. 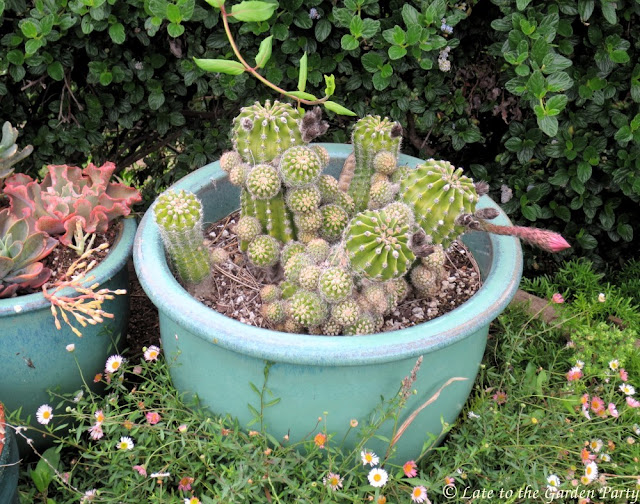