In a Vase on Monday: Smashing Pink Blooms

After publishing my April Bloom Day post, I realized that I'd unintentionally omitted a photo of one of my most floriferous plants, the Leptospermum scoparium 'Pink Pearl'.  I have two of these shrubs in my dry garden and both are literally blanketed in flowers.

To make up for my omission, I decided to use the Leptospermum as the central feature in this week's vase.  The vase really could have used some white flowers to cut the sugary pink composition but I didn't make that assessment until after the fact, when I had no more time to fuss.

Since my original plan was to feature yellow and blue blooms from the back garden, I cut some of those too.  However, white blooms, most notably a new Alstroemeria, ended up serving as the main attractions in the second vase.  The blue and yellow notes function more as accents.

The white, blue and yellow arrangement landed on the dining room table. 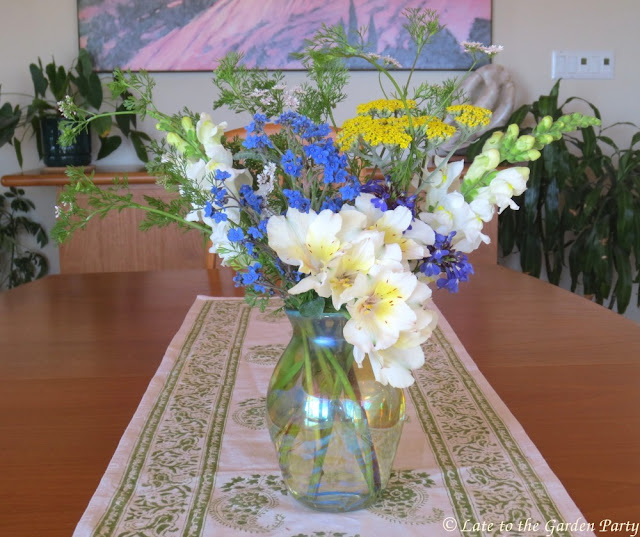 The pink arrangement was placed in the front entry. 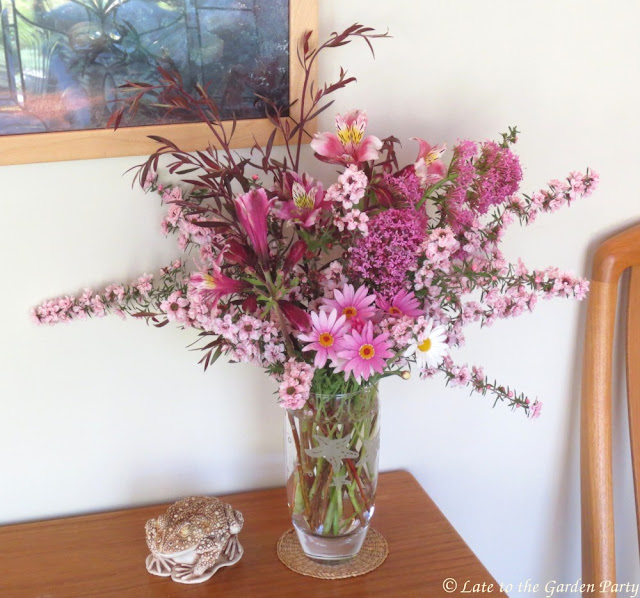 The latter placement proved to be a mistake.  The Santa Ana winds are blowing hot and fierce. (It reached 91F here yesterday afternoon.)  Early Sunday evening, my husband opened the door to call me in for dinner and whoosh!  The vase went flying.  I should have known better than to have placed it there as I lost another vase to Santa Ana wind gusts several months ago.    Even though the winds are expected to die down today, I decided to place the replacement vase in a relatively safer location, on the bedroom mantle.

I say "relatively safer" because my cat likes to stroll the length of the mantle at times.  But like us, Pipig is feeling a bit of ennui at the moment due to the heat so my guess is she won't go to the trouble of jumping up there to mess with the flowers.  I hope so, anyway. 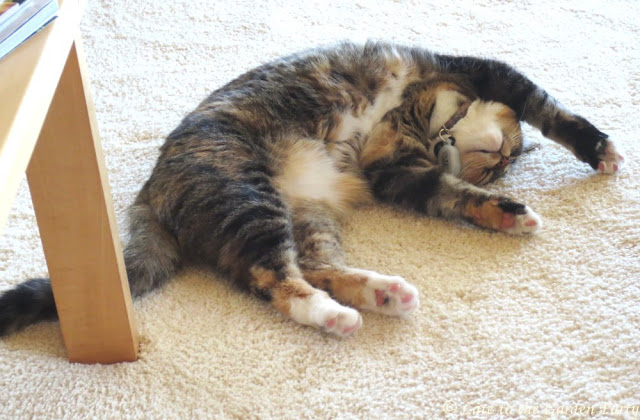 For more vase posts, visit Cathy at Rambling in the Garden, our "In a Vase on Monday" host.