Following the unheralded rainstorms we had earlier this month, flowers popped up all over.  Some of them might have shown up with or without the rain but I'm of the opinion that the rain gave the entire garden a boost.  Although my last post lauded the Eustoma grandiflorum blooms in my backyard border, the sunflowers that are blooming virtually in unison in my vegetable garden also deserve attention.  I took a series of photos of some of them in the late afternoon to share their beauty. 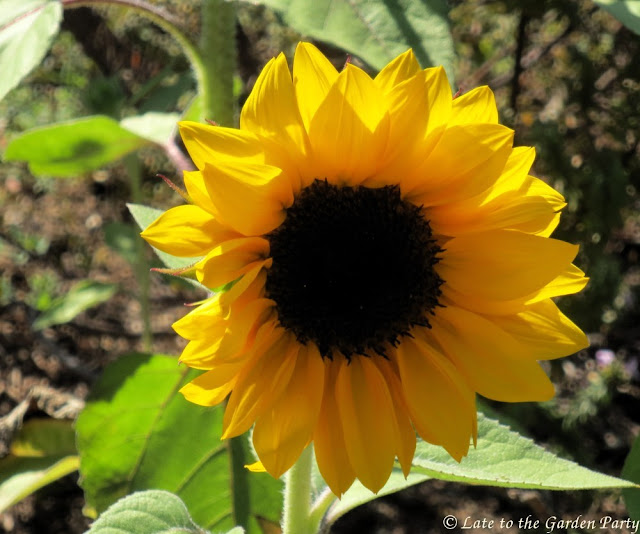 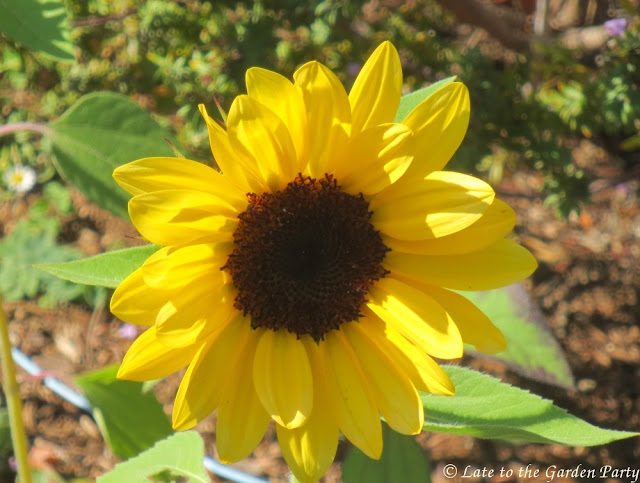 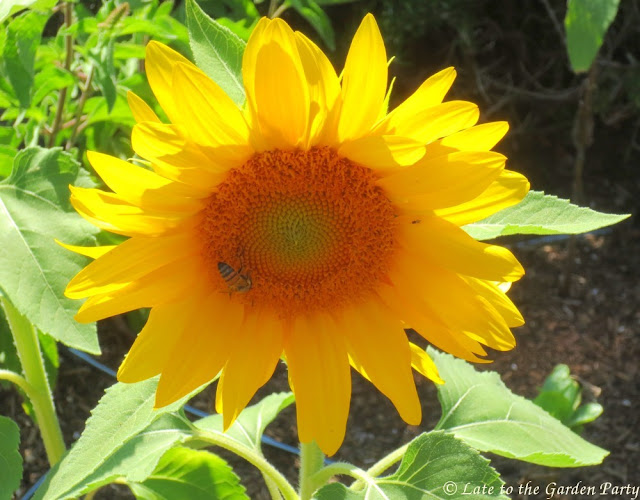 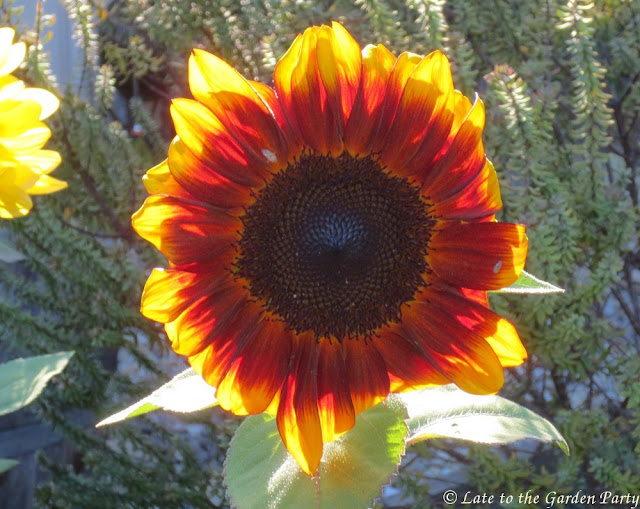 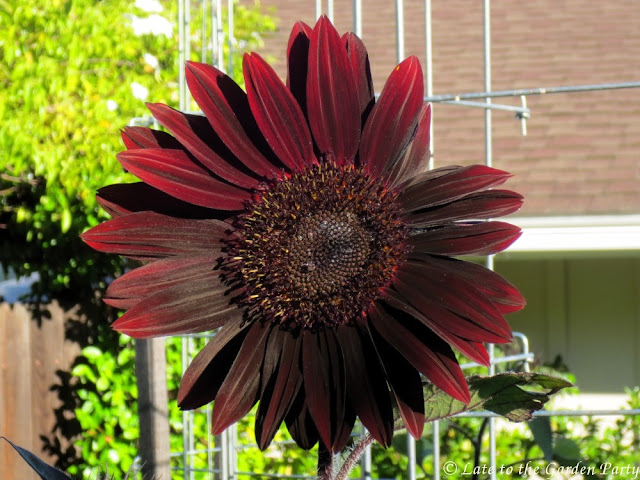 I was late in planting my sunflower seeds and feared they might not have a chance to bloom before summer's heat knocked them down and out so I was gratified when they started to flower earlier this month.  The first flower to bloom was so dark I called it the "black-hole of sunflowers."  (I think it may actually be Helianthus annuus 'Moulin Rouge').  The first four sunflowers pictured above came from a "Florist's Sunny Bouquet" mix and the last one is the second bloom from the "Drop Dead Red" mix.   (Individual components of the seed mixes were not identified by the seller.)  The plants in the red series were slower to germinate from seed but are taller and, although only the one plant has produced blooms thus far, all have buds.  I'm hoping to see more blooms before the plants give in to the heat the forecasters say is coming. 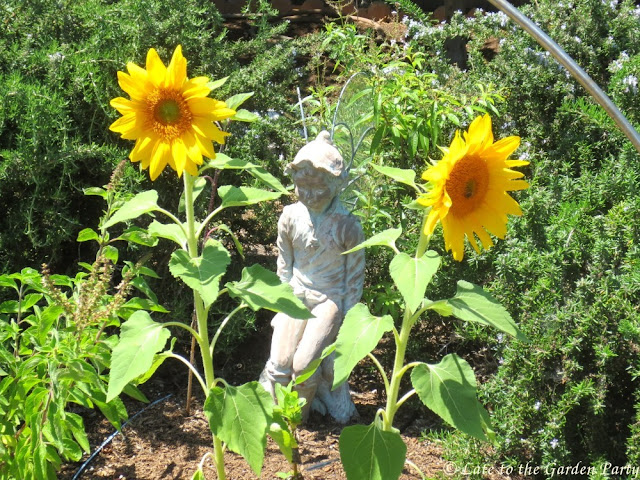 The Wednesday Vignette is the brain-child of Anna at Flutter & Hum.  Visit her to find more photographic vignettes.