In a Vase on Monday: Welcome to Eustomaville!

Or, if you prefer, you can call it Lisianthus Lane.

I'd really only planned to make up one vase this week.  The appearance of blooms on the Campanula primulifolia I planted in January (featured as my favorite plant of the week last Friday) cinched the decision to focus on blues this week.  The blue Eustoma grandiflorum, which have been blooming like crazy, picked up the color of the Campanula and made the perfect focus for today's vase, prepared in connection with the meme hosted each Monday by Cathy at Rambling in the Garden.  However, it was impossible to ignore that the pink and pale yellow Eustoma were also blooming their hearts out.  I resisted but, as the Borg announced in a universe far far away, resistance is futile.  So, here you are: three vases this week, all featuring Eustoma. 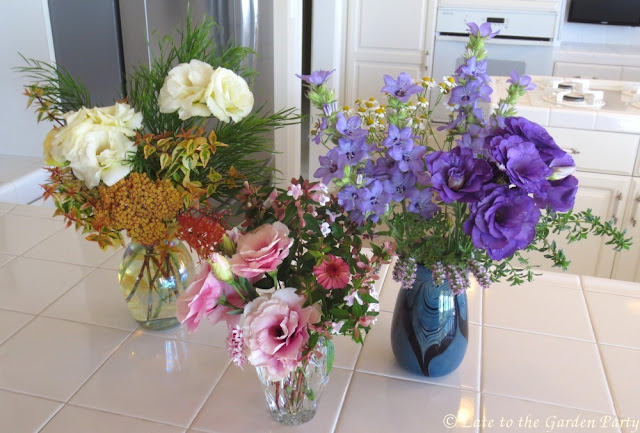 I have a hard time choosing my own favorite this week but the first one I put together was the blue one, which is probably the most dramatic of the three. 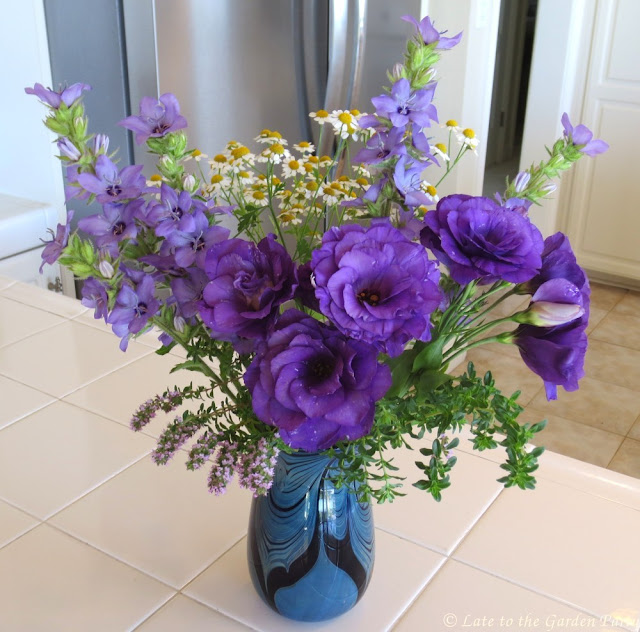 The second vase, smaller than the other two, features the pink Eustoma. 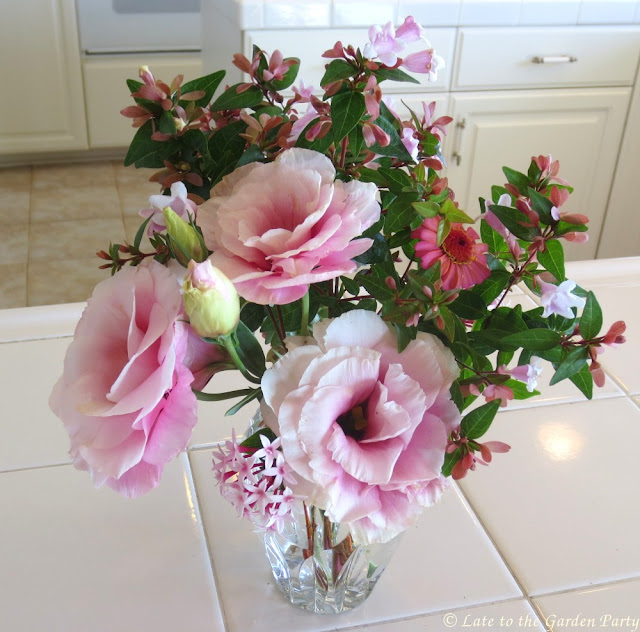 After finishing those two vases, I considered calling it quits (seriously!), but the yellow Eustoma were bending over under the weight of their blooms.  How could I let their blooms drag in the dirt? 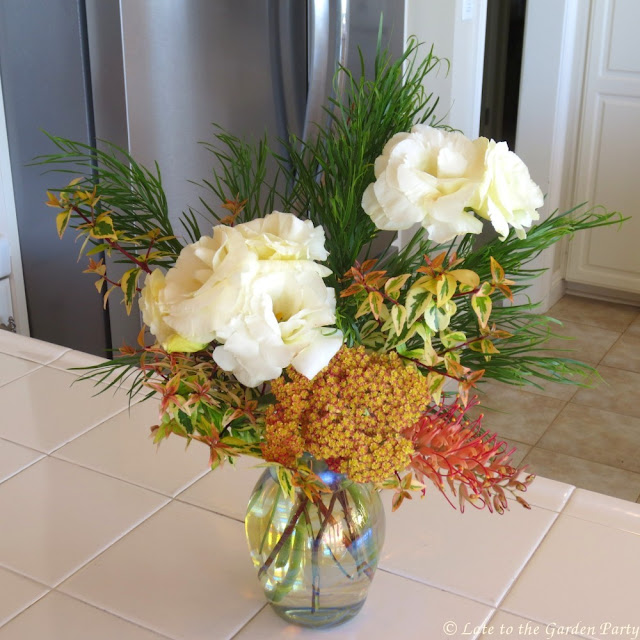 The sunflowers were calling from the vegetable garden but I tuned them out.  Three vases is more than enough.  The remarkable thing is that I generally struggle to find flowers at the height of summer, when the heat usually beats them all into submission.  That's the difference a little rain makes, I guess.

Here are the completed vases all in place:

For more summer vases, stop by and visit Cathy at Rambling in the Garden.  She'll fix you up.