I have a tendency to get excited about plants early in our acquaintanceship, bubbling over with enthusiasm about a plant when we're really still just getting acquainted.  For that reason, I was hesitant to present Campanula primulifolia as my favorite plant this week.  But, even if I don't yet know whether it harbors a darker side than it's currently exhibiting in my garden, I can't help the fact that it's the plant I'm fixated on at the moment.  It's only just started to bloom too - I expect it may look a lot flashier in another week or two; however, I've been watching and waiting for this plant to bloom for a good 6-8 weeks now so, when I walked through the front garden and saw that it was blooming (finally!), it was settled.  It's my favorite plant this week.

I purchased these plants by mail order in January.  I love Campanulas but the only one that has bloomed reliably for me has been the diminutive C. poscharskyana.  Although perennial here, I can't claim that it makes a statement.

In contrast, C. primulifolia grows 3 feet (0.91 meters) tall and about half as wide.  It produces relatively large (2 inch/5cm) flowers over an extended period (or so on-line sources tell me). 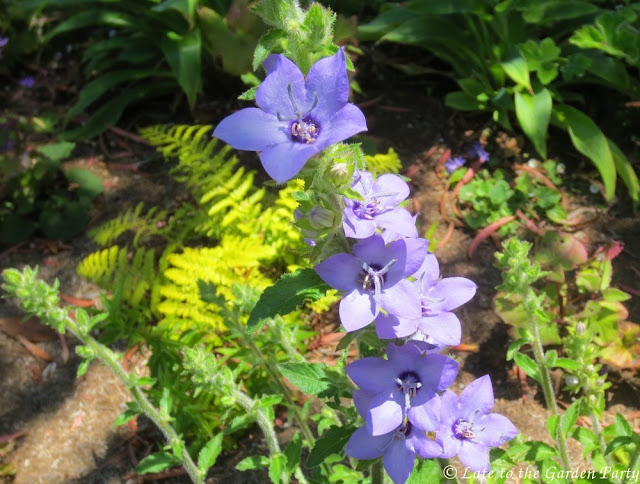 It appears that the flowers generally open along the lower stem first but that doesn't seem to be entirely consistent. 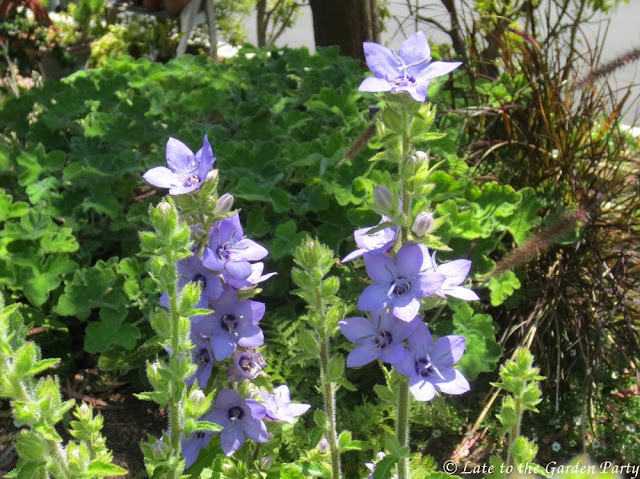 Moreover, the plant is adaptable.  It's reported to grow in sun or shade and, although drought tolerant, it can take regular water as well.  It's perennial in USDA zones 4-10, according to the grower.  Mine produced flower spikes in June and I half expected it to flower for Bloom Day in June.  I was surprised, and moderately annoyed, when it didn't flower in time for Bloom Day in July either.  Perhaps our recent rain tipped the scales as the first flowers showed up soon after last weekend's unexpected thunderstorms. 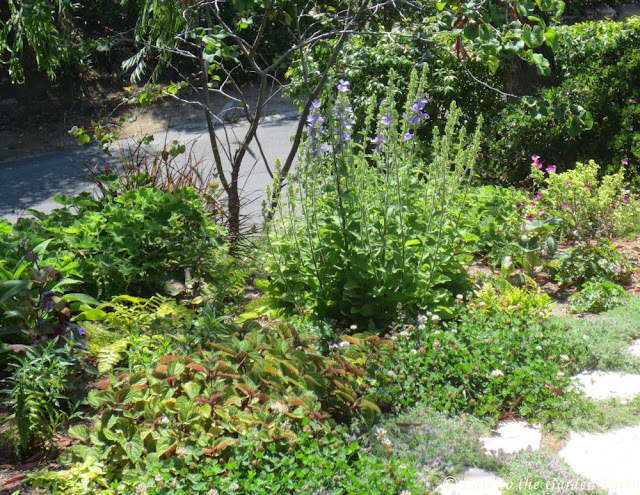 Campanula primulifolia is my favorite plant this week.  Loree of danger garden hosts a monthly wrap-up of her favorite plants on the last Friday of each month so be sure to check in with her next week.

Quite a few flowers have appeared since Bloom Day in mid-July.  I can only assume that the rain prompted this as July is usually a pretty low-key (if not downright sad) month for blooms in my Southern California garden.  I'll post photos of some of these recent blooms soon but, for now, I'll leave you with a photo of my first ever Plumeria bloom, another big surprise I discovered this week.