In a Vase on Monday: Darkness & Light

I gave up on vegetables this year and planted sunflowers and zinnias in my raised beds.  Although I bought my sunflower seeds early, I was late in getting them planted.  My resident raccoons also set back my flower crop by digging in my raised planters but I was pleased to find that at least some of my seeds formed healthy stalks and produced flower buds.  The first of my sunflowers, part of a mix labeled "Drop Dead Red," bloomed last week.  I expected something that looked like one of the pretty pictures on the seed packet. 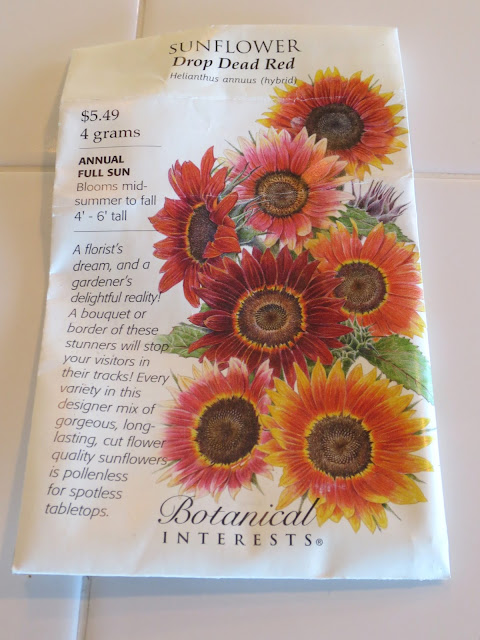 What I got didn't look like any of these.  Nonetheless, I decided to try to make something of it for this week's "In a Vase on Monday", the meme hosted by Cathy of Rambling in the Garden.  The best thing I can say about the completed vase is that it's different. The sunflower does have a tinge of red, best seen when viewed up close.  It's so dark that it seems to suck light in.  I tried to brighten it up with warmer reds and fiery yellows but I can't say accomplished much.  In the universe of flowers, this sunflower seems to be the black hole of blooms.

Here's a closer look at the vase's individual elements:

In this case, the best looking element of the arrangement may be the vase itself, which I don't think I've used in any of my prior posts.  I've had it for many years.  I don't recall when or where I got it but it's made of polished stone, onyx I think.  I don't use it for arrangements requiring water because it sweats, creating a damp spot at the base wherever it sits.  However, I placed it on a glass-topped table in the living room where it's damp bottom won't damage anything. 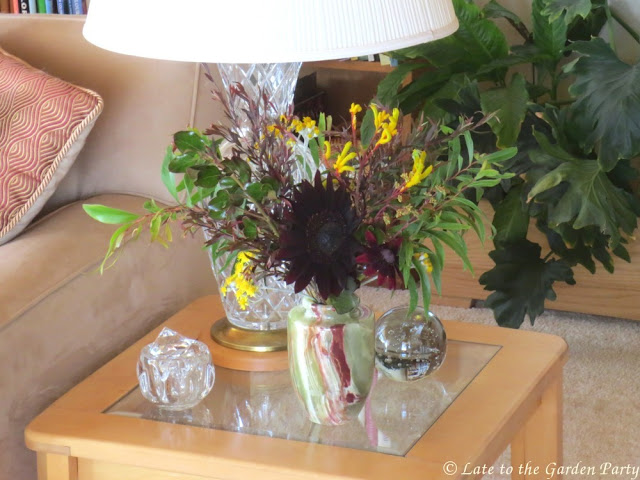 As a counterpoint to the dark tones of the first vase, I created another one that is its polar opposite, light and bright.  It features the pale yellow Eustoma grandiflorum, which has finally bloomed in my backyard border. 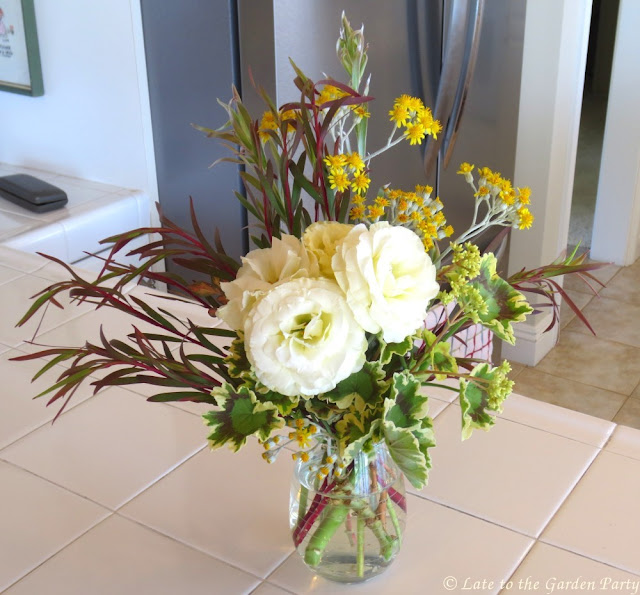 This cheerier creation sits on the dining room table. 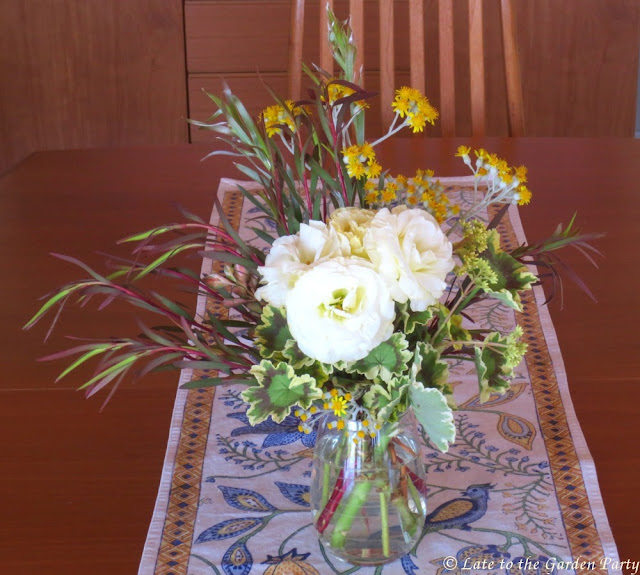 Visit Cathy at Rambling in the Garden to see what she and other participants in this weekly challenge have come up with.