In a Vase on Monday: The Berries Share the Stage

When I pulled up my photos to prepare my post for "In a Vase on Monday," the weekly meme hosted by Cathy at Rambling in the Garden, I was surprised to find pictures of the morning sunrise.  My husband, who gets up earlier than I do most days (i.e. before dawn!), used my camera to capture a particularly pretty sunrise.

I included the sunrise photo because it picks up some of the bright colors in this week's vase, if only by coincidence. 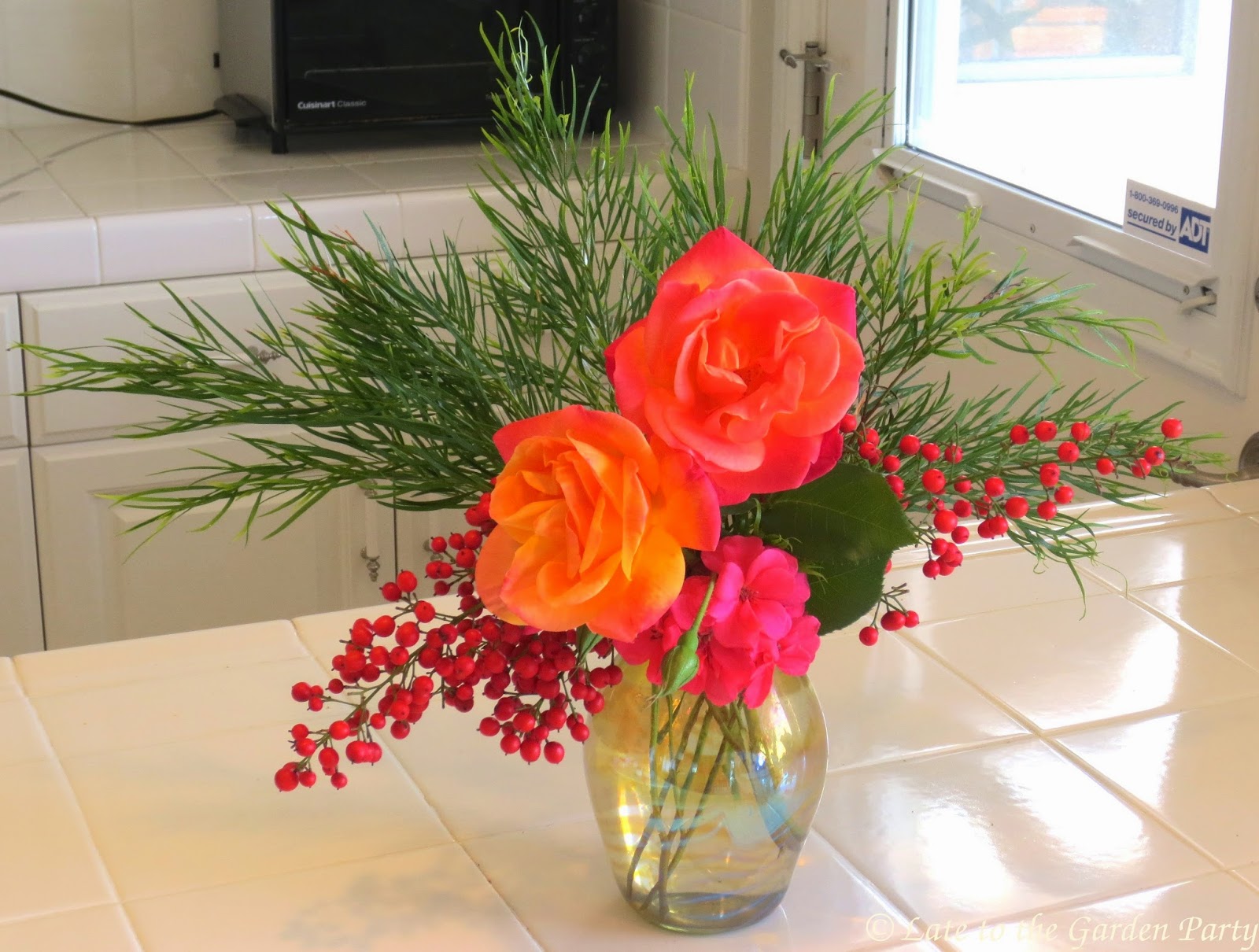 My vase selections started with 2 stems of the 'Joseph's Coat' rose that climbs up our bedroom chimney. 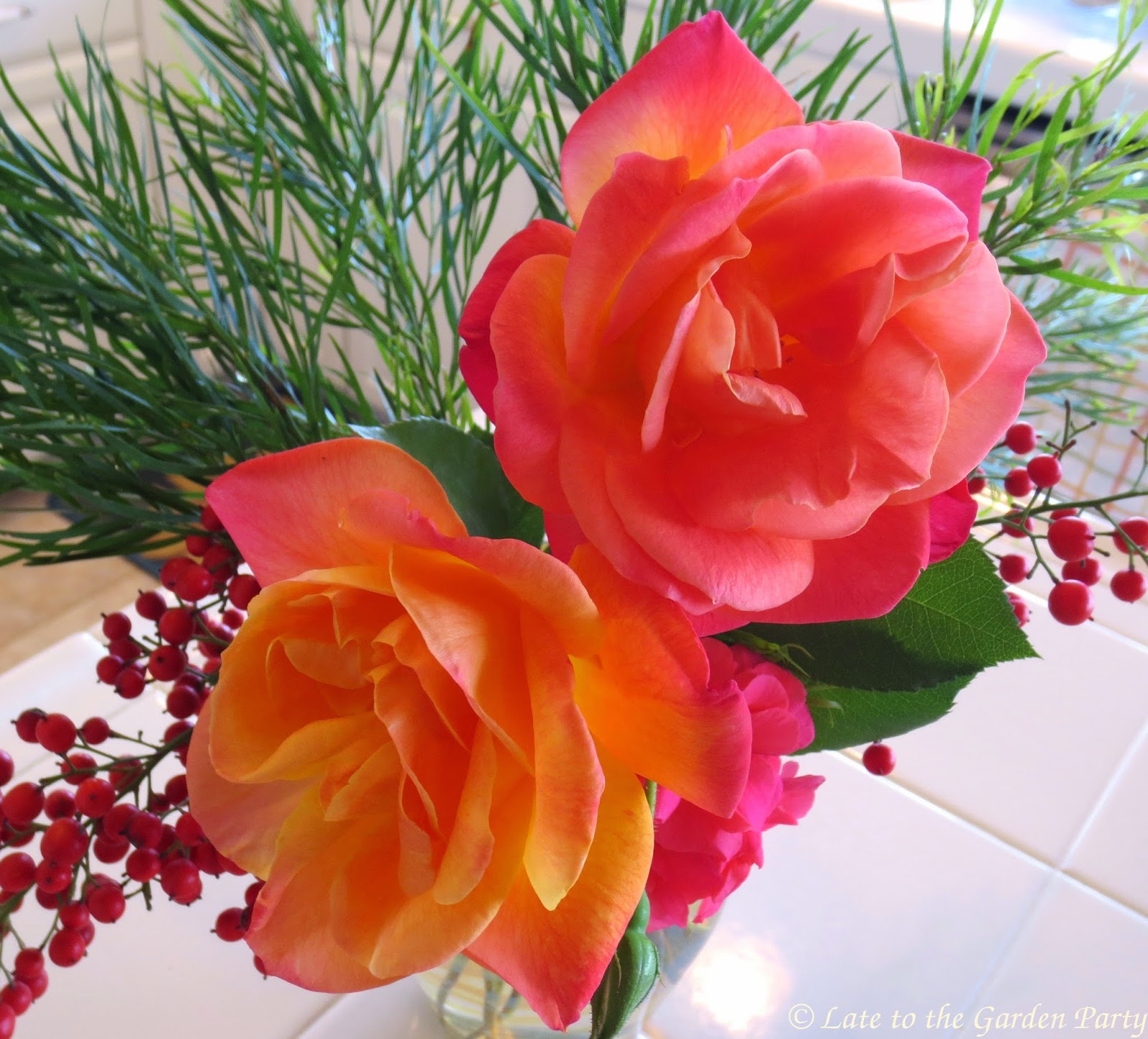 However, I was hard-pressed to find materials that complemented the coral/salmon color of the roses, so I ended up including more of the same Nandina domestica berries that dominated last week's vase.  In addition to these elements, I included the foliage of Acacia cognata 'Cousin Itt' and a stem of an almost florescent salmon-colored Pelargonium peltatum (aka ivy geranium). 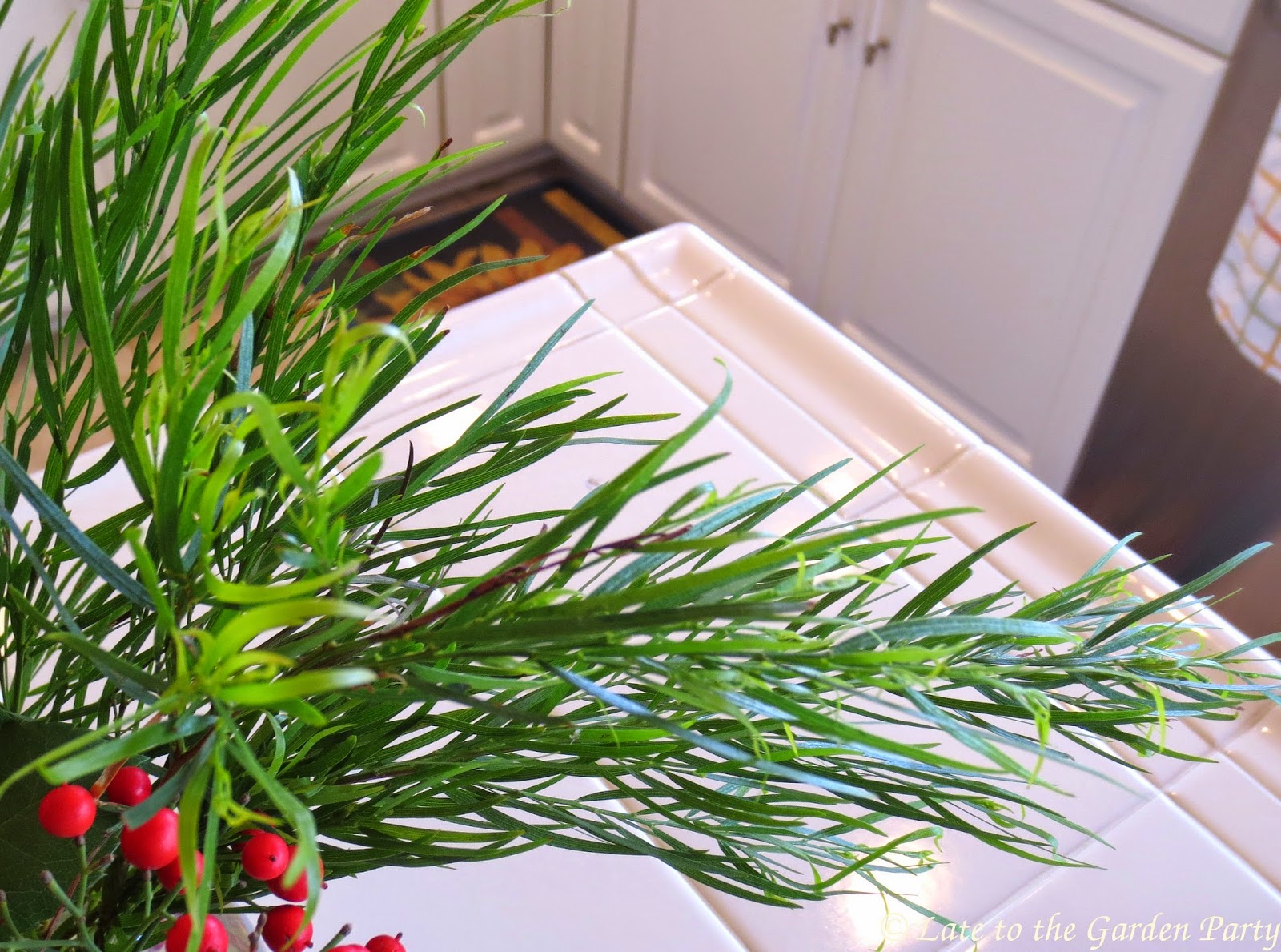 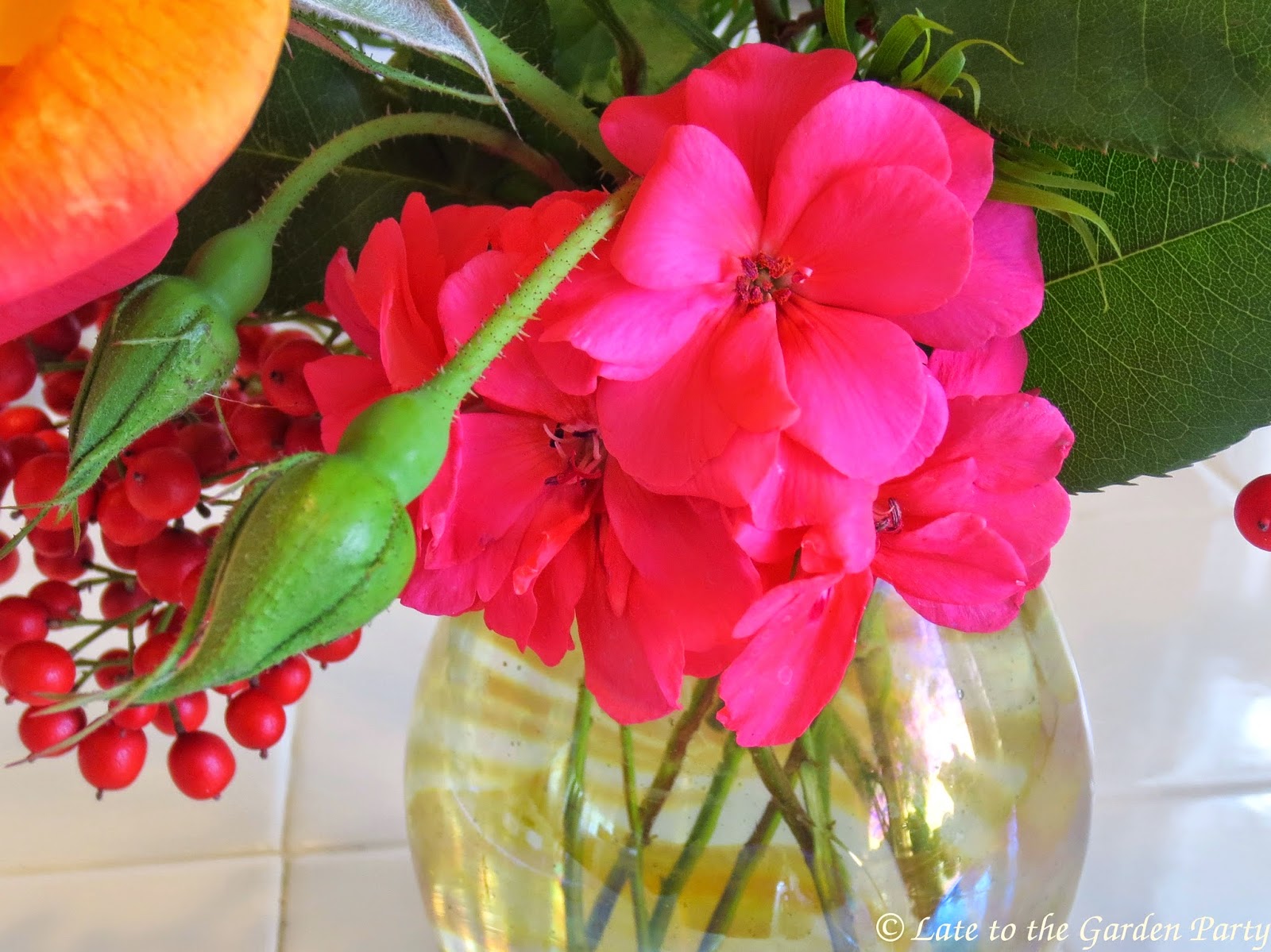 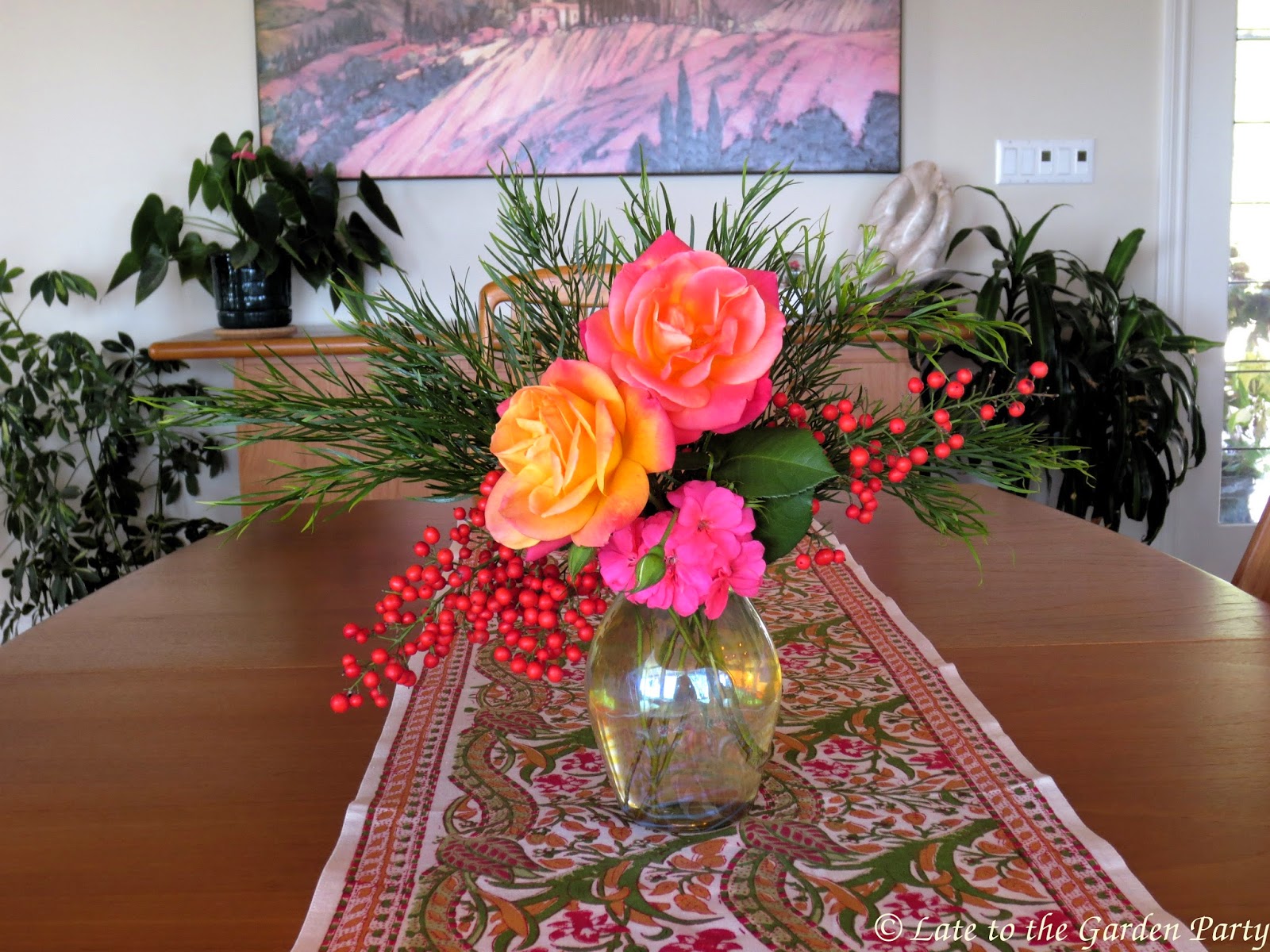 As usual, I had some leftover blooms blooms, which I crammed into one of my tiny vases.  Weeks ago, Julie of Gardening Jules counseled me that my reference to these creations as "reject vases" was too harsh so I'll refer to it, as she suggested, as this week's experimental creation.


I recognized the pink flowers as knotweed, which I don't believe I planted.  I know the plant as Polygonum capitatum, which is often sold here as a groundcover but decried by many people as a rampant weed.  When I couldn't find it under that name in my western garden guide, I discovered that it's currently classified as part of the genus Persicaria, which makes sense when you look at the leaves.

Visit Cathy to see what she's put together this week and find links to the creations of other stalwart participants.