There's quite a bit in bloom right now during Southern California's "second spring" but it still wasn't easy to put together a bouquet this week.  Much of what's available doesn't combine well and most of the floral material has short stems, limiting what can be done with it.  So this week's vase has a little of this and a little of that. 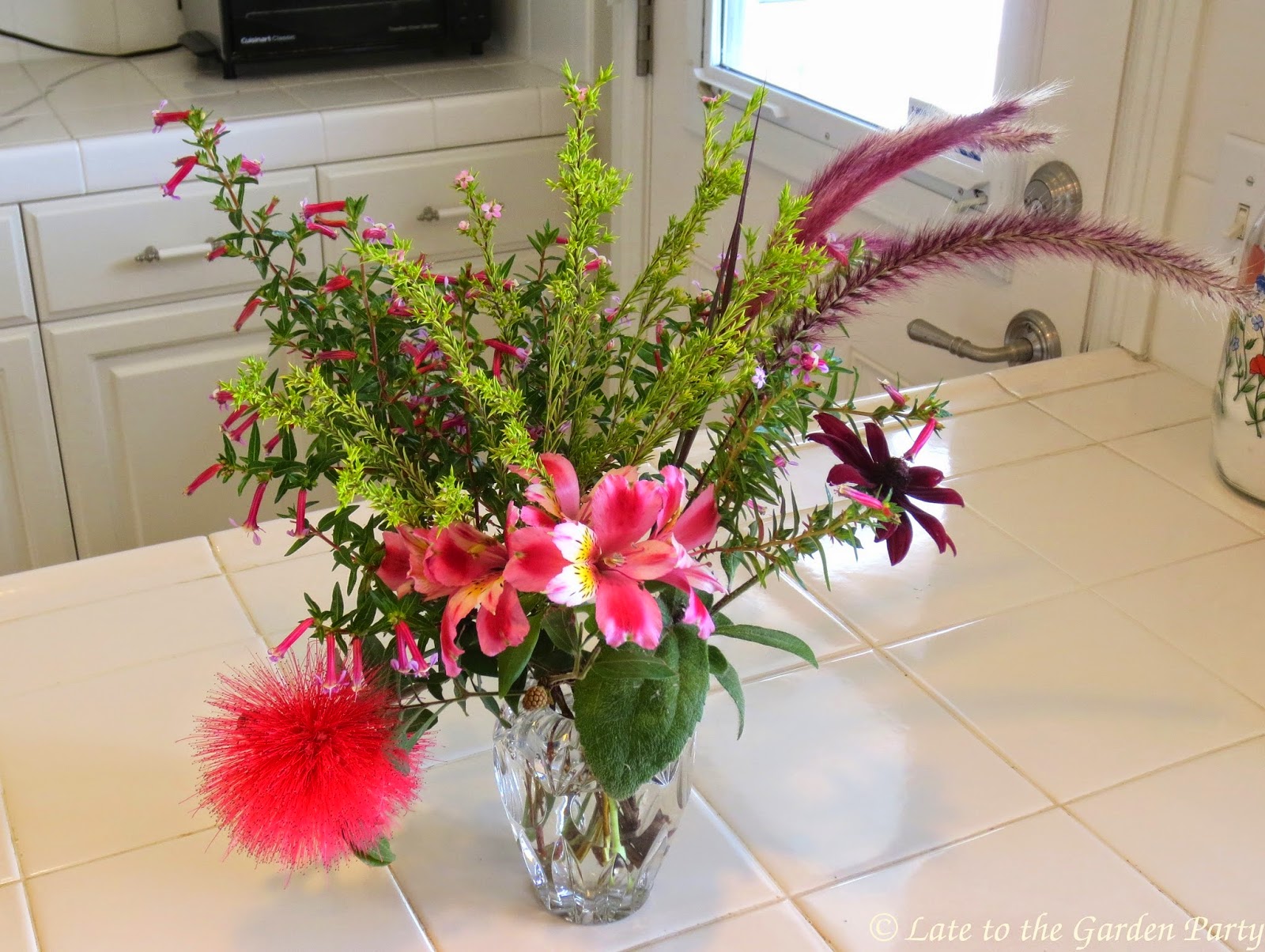 The color scheme was set by the fluffy bloom of Calliandra haematocephala, also known as Pink Powder Puff.  I have several of these evergreen shrubs espaliered against walls.  They're sheared frequently to keep them from sprawling into walkways as they're prone to do, which means that I seldom get flowers so I was pleased to find this one.

In addition to the Calliandra, the vase contains:

I picked a few flowers in a very different color range as well.  These ended up in one of my tiny vases. 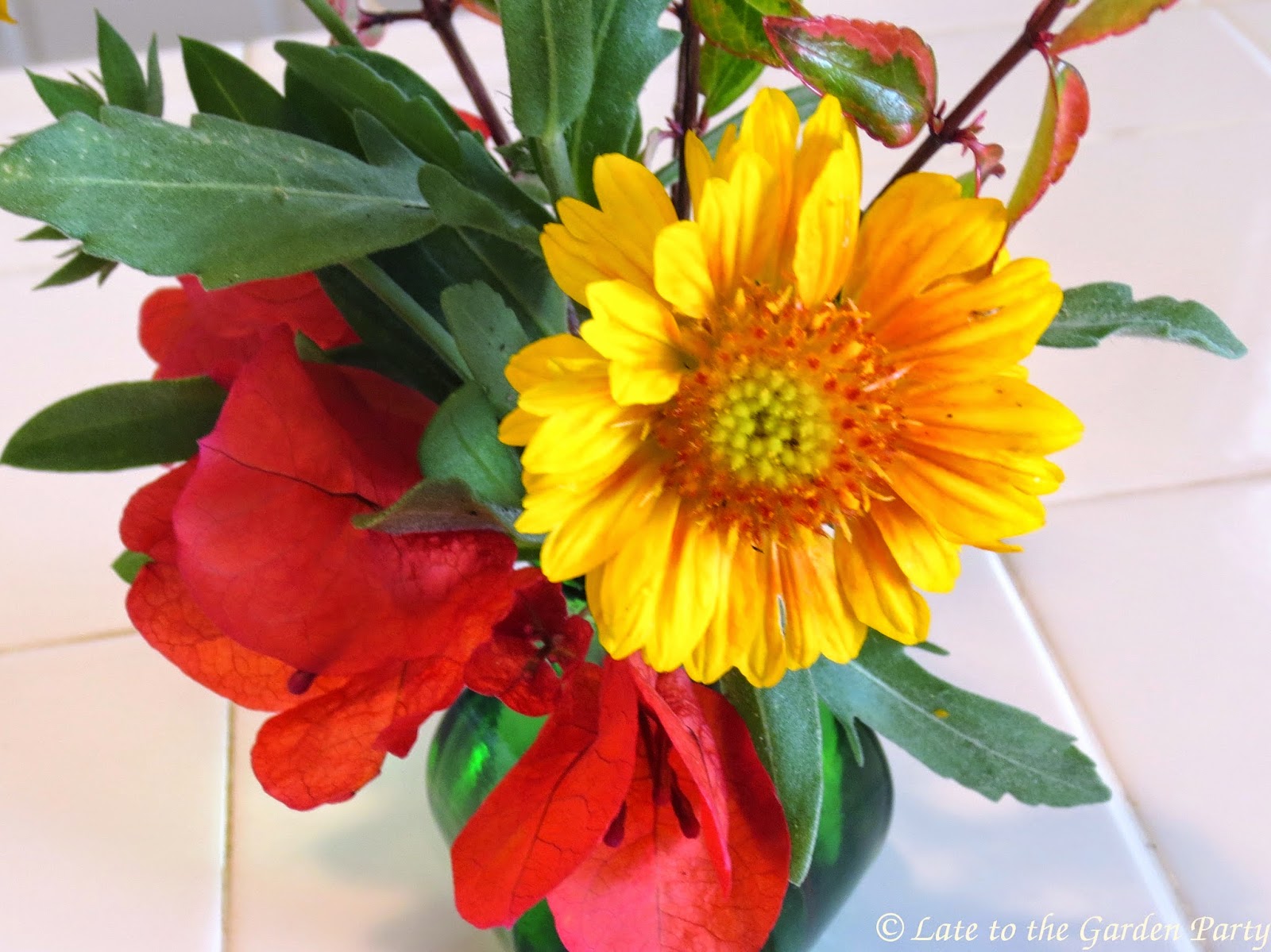 Finding spots for this week's vases proved to be a challenge.  The vase I featured 2 weeks ago with Toyon berries and Gomphrena is still sitting on the dining room table, looking very much like it did in last week's follow-up photo.  And last week's vase containing the blue and white Eustoma is still sitting in the entryway, minus the yellow roses and the Prostanthera foliage. So the first of this week's vases ended up on the fireplace mantle in the master bedroom and the tiny vase landed on a side table in the living room. 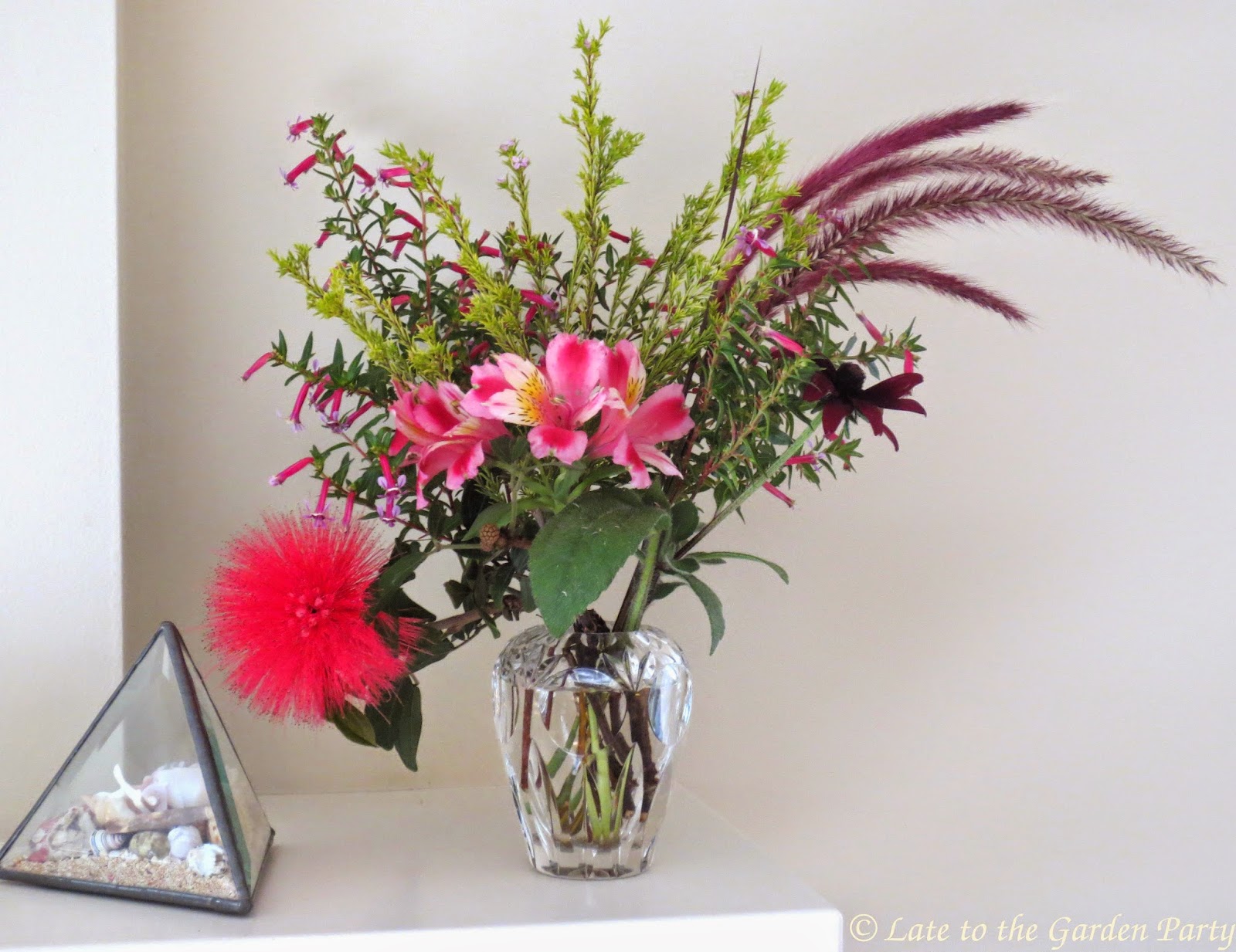 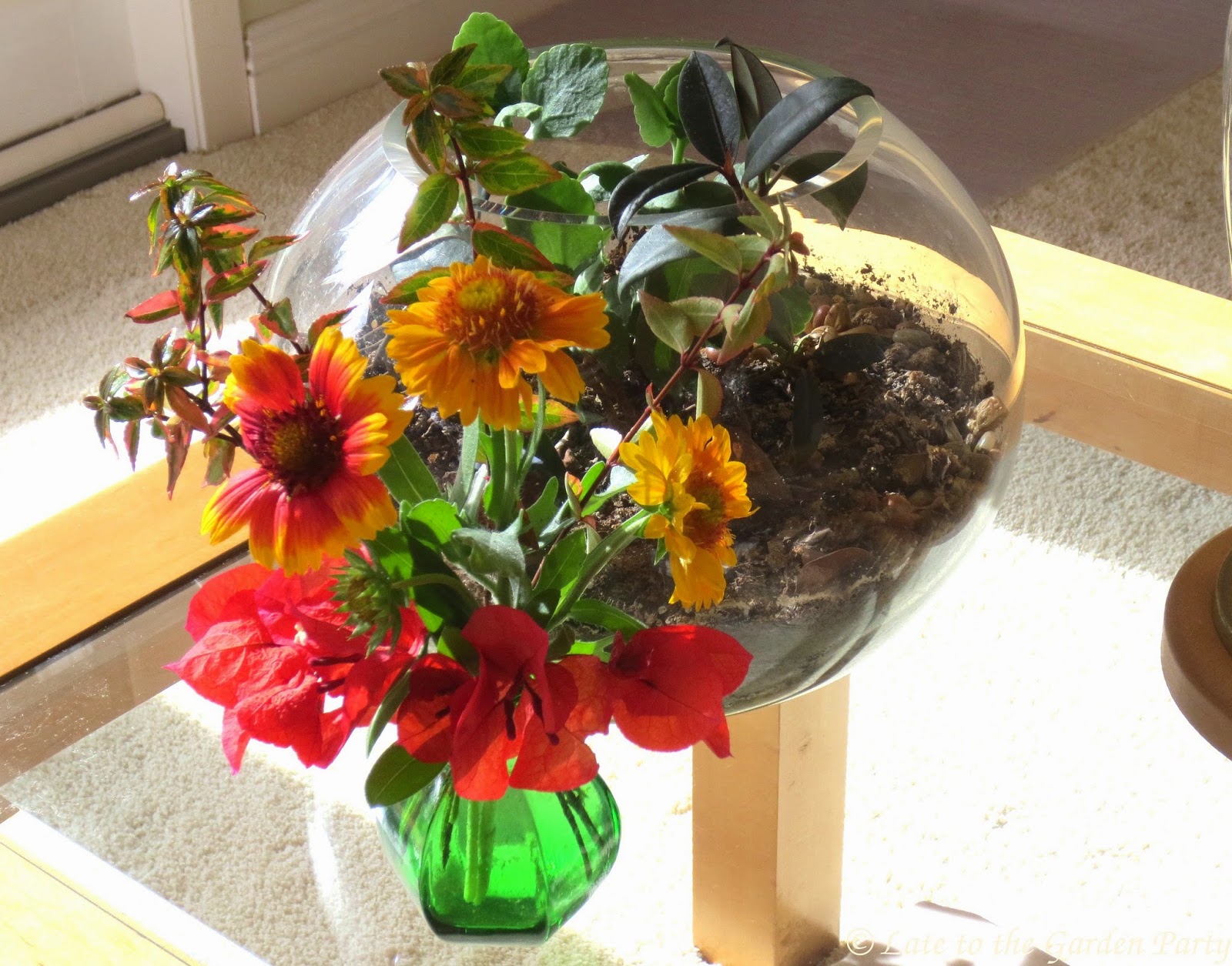 This week's vases were prepared as my contribution to Cathy's weekly meme at Rambling in the Garden.  Visit her blog to see what she has put together this week and what other gardeners have to offer.  As winter descends in many areas, gardeners are finding it more challenging to assemble vases but you can trust that quite a few have risen to the challenge.

Posted by Kris Peterson at 9:10 AM