I'm joining Heather at Xericstyle once again this month in posting wide shots of my garden.  Unlike virtually every wide shot post I've done since I began this monthly exercise last year, photos for this one were taken under gray skies.  But our first really significant rainstorm this season is expected to arrive tomorrow so, as far as I'm concerned, the outlook is bright and sunny even if the view is not.

As virtually all my free time has gone into work on the front garden for a couple of months now, the rest of the garden has been largely neglected, although I did get in a couple of hours of work in the backyard garden last week.


Both the border extending from the backyard fountain and the southeast side garden have suffered regular raccoon and skunk free-for-alls over the past month.  The tomato and upside-down gopher cages I've used in an effort to thwart them have protected the plants they cover but haven't kept these critters from digging around the cages, uprooting everything in their paths.  I generally make early morning tours of the backyard, replanting as I go.  I featured one of the raccoon rages in a November Wordless Wednesday post.  Here's a view of another bad one just over a week ago. 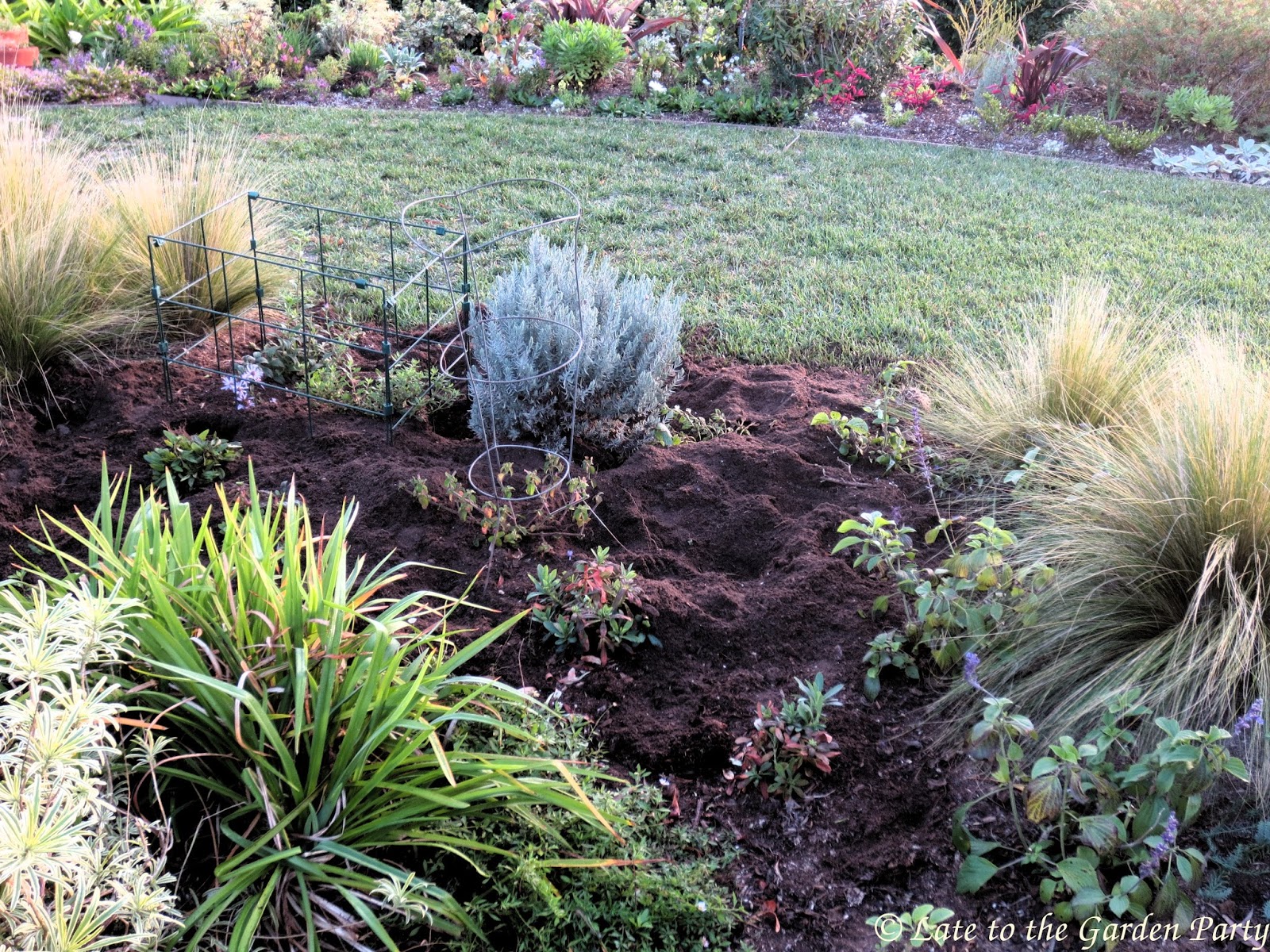 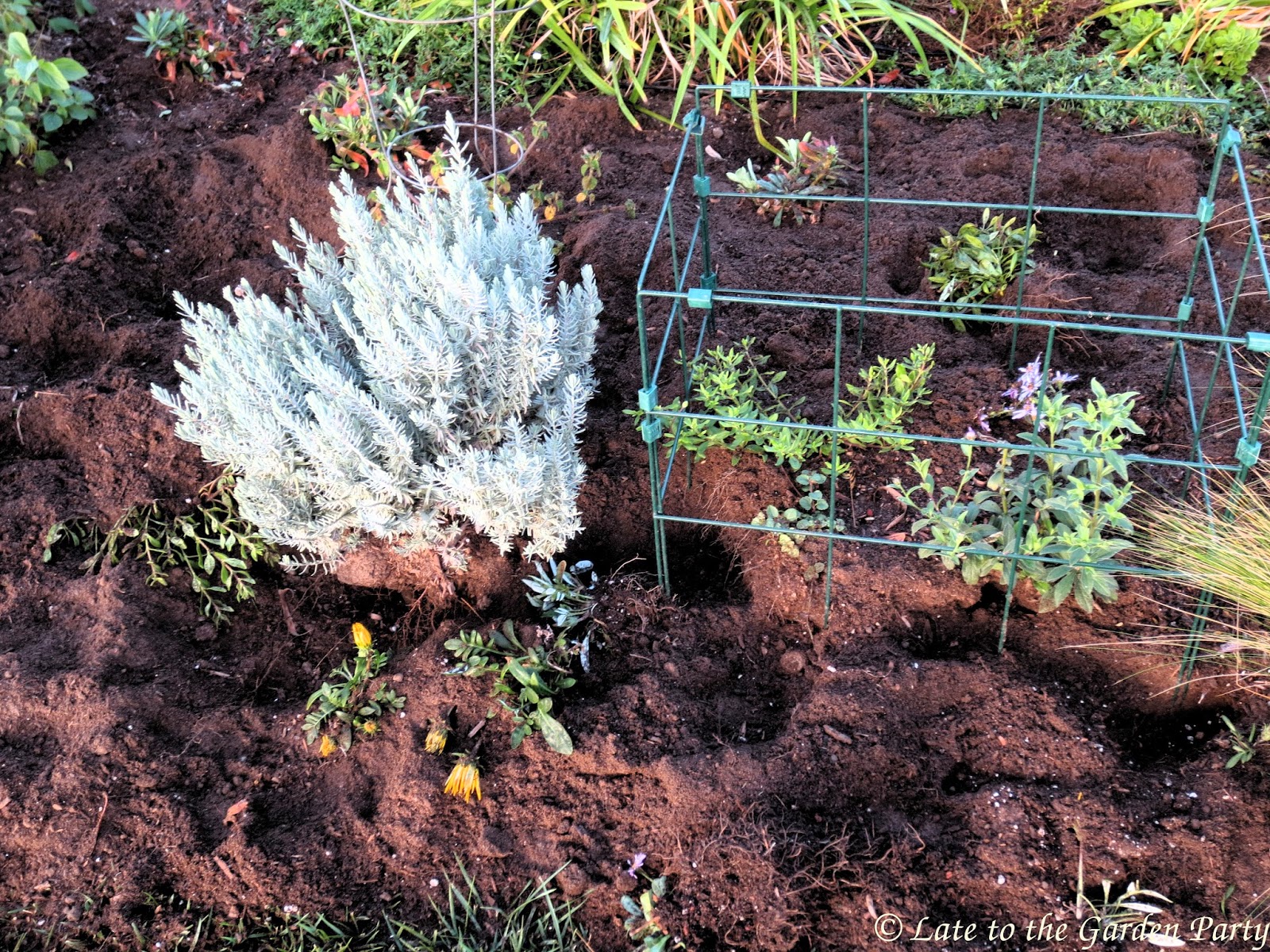 The raccoons don't seem to like digging in wet soil so I'm hoping for a post-rain hiatus.


Planting is well underway in the front yard, at least on the right side of the pathway approaching the front door.  I'll post a detailed account of that effort separately later this week.  For now, here's the usual view of the front of the house, providing a peek at the focus of my current gardening activity. 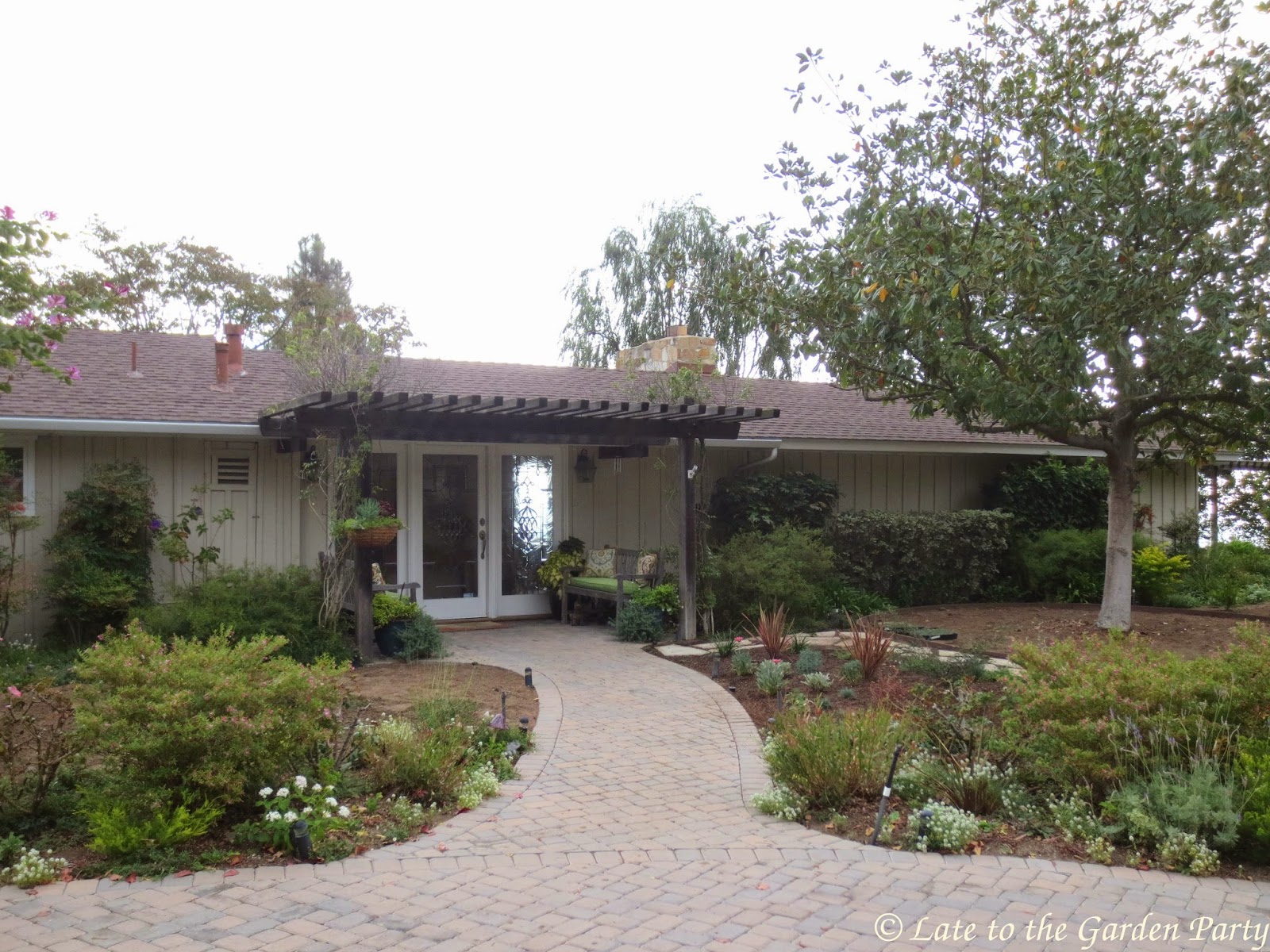 The vegetable garden, which I had been using as a staging ground for plants purchased for the front yard is mostly clear of nursery pots now but there are still no vegetables.


I've added a few succulents here and there to the dry garden but it otherwise received little attention this past month. 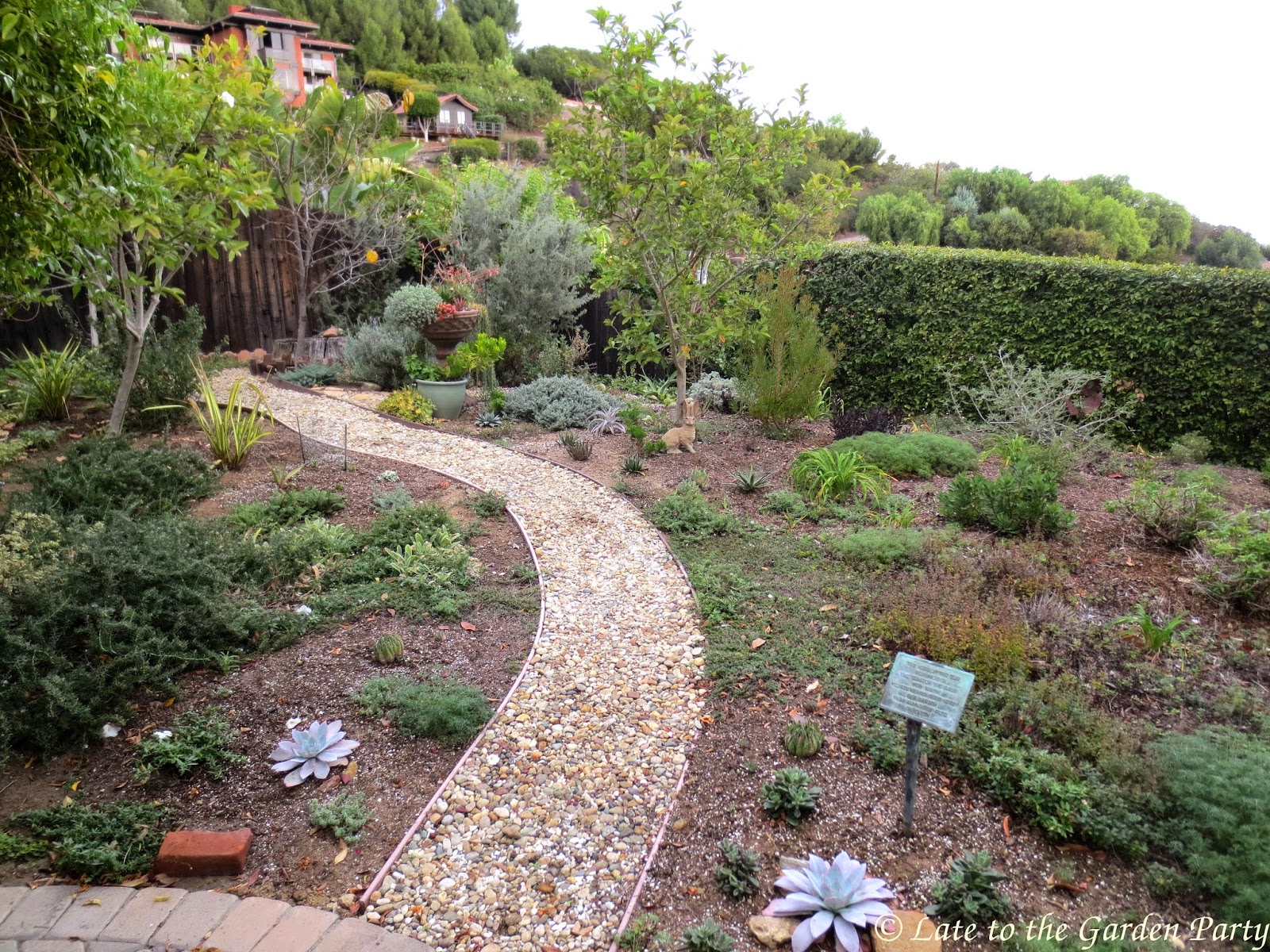 The slope got no attention whatsoever.  However, the neighbor's tree service crew arrived bright and early this morning and started work despite the threat of rain.  Their 3-day job will include cutting down the Yucca elephantipes that sits on the boundary between our 2 properties.  I have mixed feelings about losing the Yucca but, after expending considerable effort just to trim it back earlier this year, my husband wants it gone.  Next month's view of the slope will probably look very different (unless the rain delay throws the tree service's schedule off).

The Yucca won't be addressed until day 3 of the tree service's efforts.  Day one involved taking down 2 pine trees afflicted by pine bark beetle.  At the end of the first day of work, one tree is gone and work on the second is in process.


Some garden changes are within our control and others are not.  The views next month will definitely be altered by activities undertaken this month.

Posted by Kris Peterson at 6:06 PM